A Great Demand For Cars 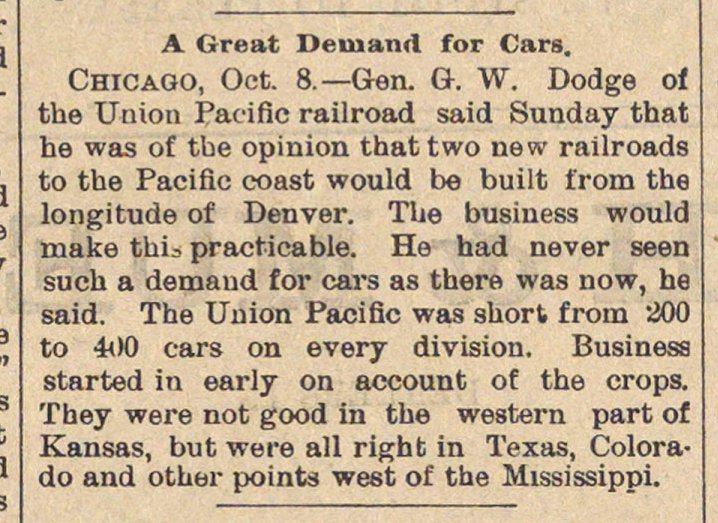 Chicago, Oet. 8.- Gen. G. W. Dodge oí the Union Pacific railroad said Sunday that he was of the opinión that two new railroads to the Pacific coast would be built trom the longitude of Denver. The business would make thU practicable. He had never seen such a demaud for cars as there was now, be said. The Uuion Pacific was short from 200 to 4tH) cars on every división. Business started in early on account of the crops. They were not good in the western part of Kansas, but were all righb in Texas, Colorado and other points west of the Mississippi.