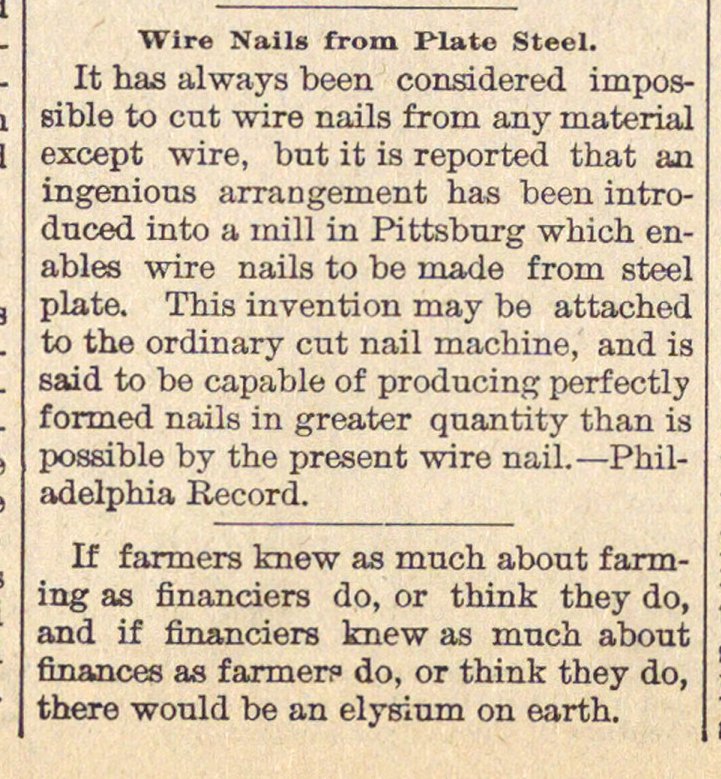 It has always been considered impossible to cat wire nails from any material except wire, but it is reported that au ingenieras arrangement has been introduced into a mili in Pittsbnrg which enables wire nails to be made from steel plate. This invention may be attached to the ordinary cut nail machine, and is said to be capable of producing perfectly formed nails in greater qnantity than is possible by the present wire nail.- Philadelphia Record. If farmers knew as much about f arming as financiers do, or think they do, and if financiers knew as much about finances as farmer? do, or think they do, there would be an elysinm on earth.