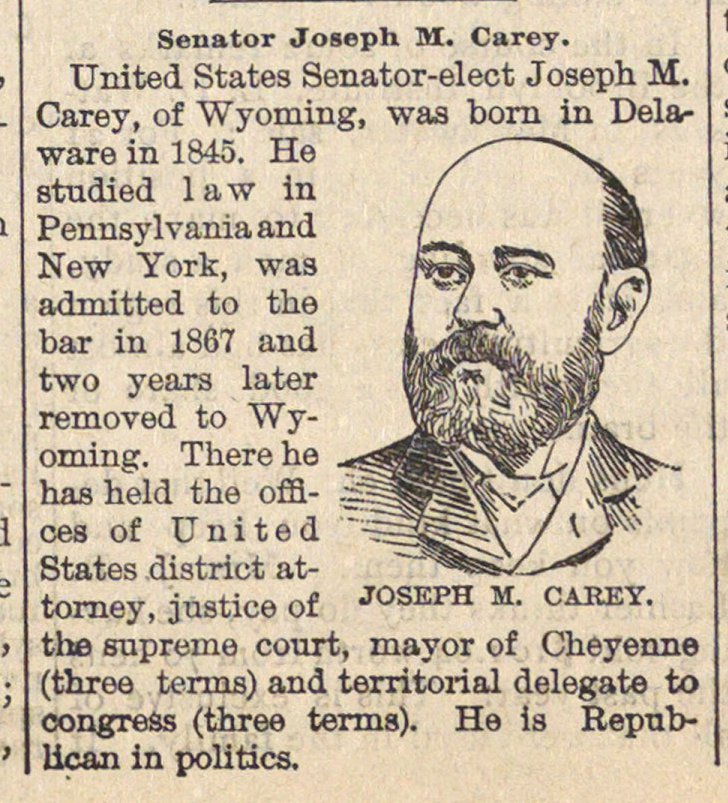 United States Senator-elect Joseph M. Carey, of Wyoming, was bom in ware in 1845. He studied law in Pennsylvania and New York, was admitted to the bar in 1867 and two years later removed to Wyoming. There he has held the offices of United States district attorney, justice of the suprema court, mayor of Cheyenne (three terms) and territorial delégate to congress (three tenns). He is Republicaii in politics.