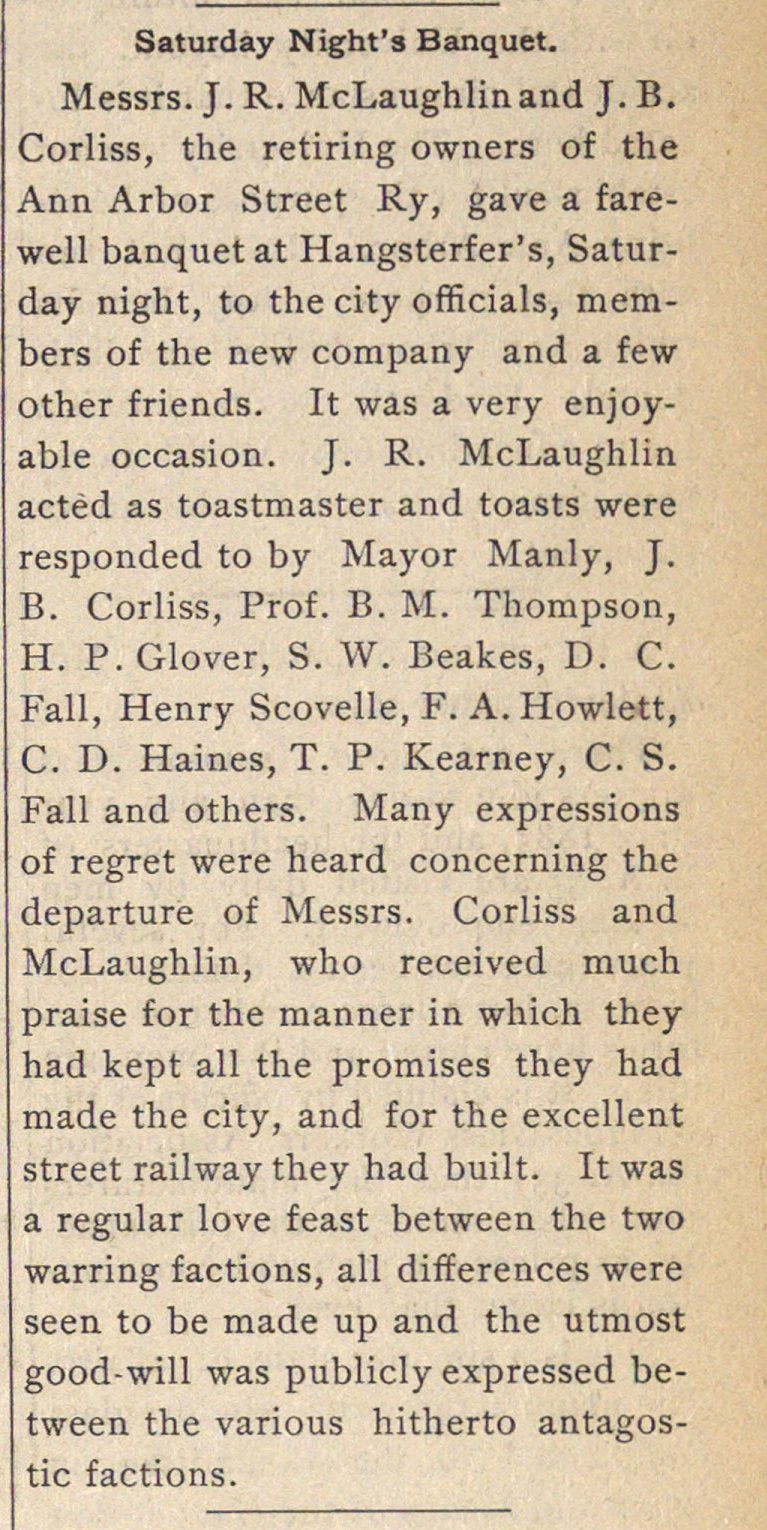 Messrs. J. R. McLaughlinand J. B. Corliss, the retiring owners of the A.nn Arbor Street Ry, gave a farewell banquet at Hangsterfer's, Saturday night, to the city officials, members of the new company and a few Other friends. It was a very enjoyable occasion. J. R. McLaughlin actéd as toastmaster and toasts were responded to by Mayor Manly, J. B. Corliss, Prof. B. M. Thompson, H. P. Glover, S. W. Beakes, D. C. Fall, Henry Scovelle, F. A. Howlett, C. D. Haines, T. P. Kearney, C. S. Fall and others. Many expressions of regret were heard concerning the departure of Messrs. Corliss and McLaughlin, who received much praise for the raanner in which they had kept all the promises they had made the city, and for the excellent street railway they had built. It was a regular love feast between the two warring factions, all differences were seen to be made up and the utmost good-will was publicly expressed between the various hitherto antagostic factions.