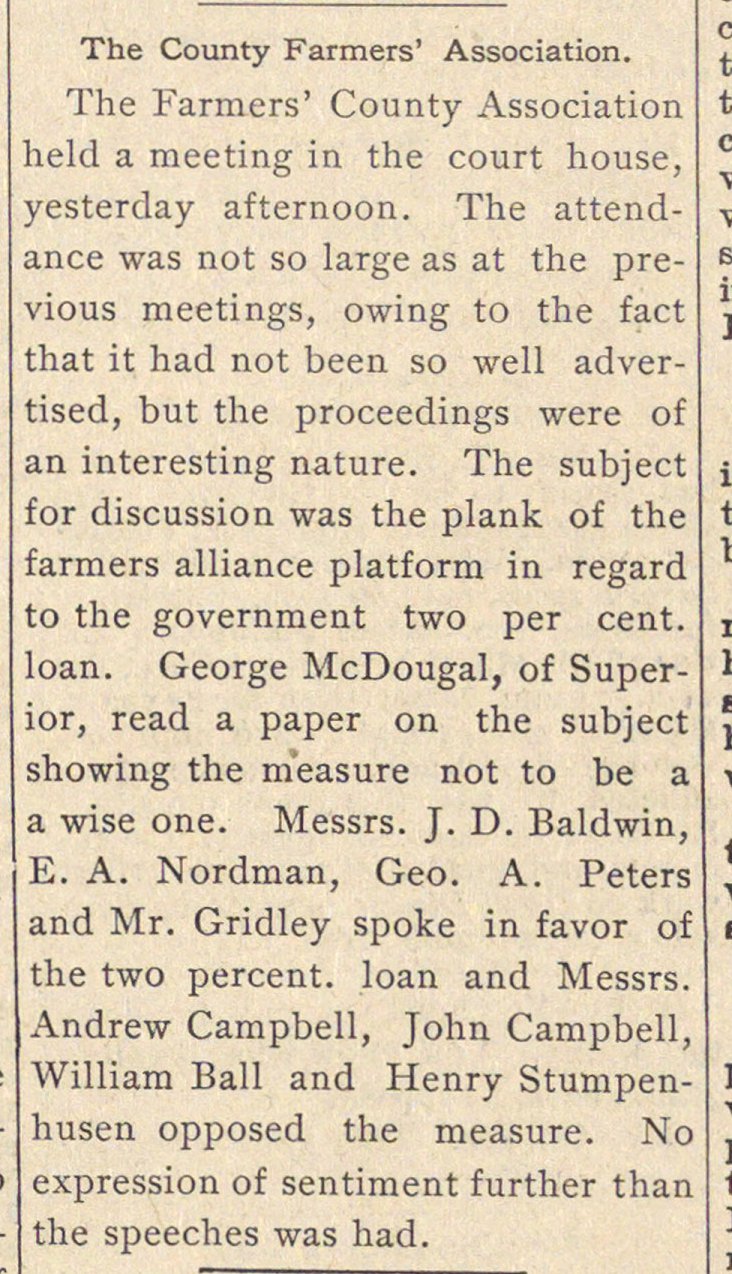 The Farmers' County Association held a meeting in the court house, yesterday afternoon. The attendance was not so large as at the previous meetings, owing to the fact that it had not been so well advertised, but the proceedings were of an interesting nature. The subject for discussion was the plank of the farmers alliance platform in regard to the government two per cent. loan. George McDougal, of Superior, read a paper on the subject showing the m'easure not to be a a wise one. Messrs. J. D. Baldwin, E. A. Nordman, Geo. A. Peters and Mr. Gridley spoke in favor of the two percent, loan and Messrs. Andrew Campbell, John Campbell, William Ball and Henry Stumpenhusen opposed the measure. No expression of sentiment further than the speeches was had.