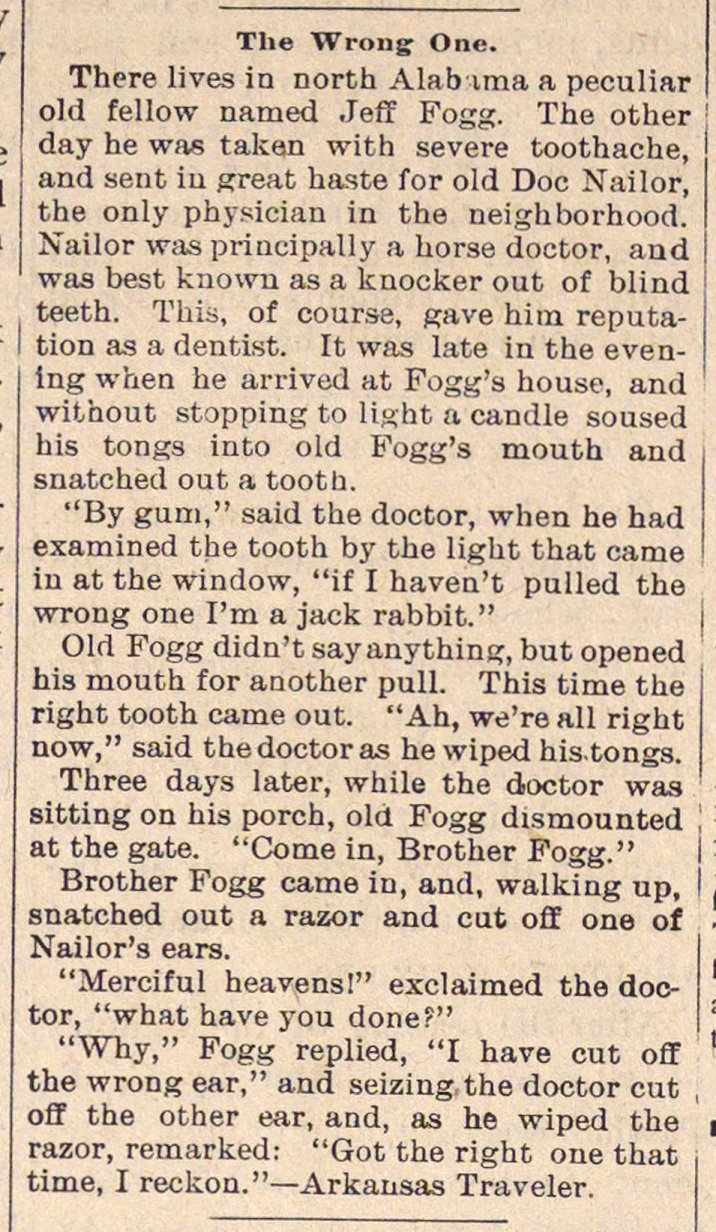 There lives in north Alab ima a peculiar old fellow named Jeff Fogg. The other day he was taken with severe toothache, and sent iu great haste for old Doe Nailor, the only physician in the neighborhood. Nailor was principaUy a horse doctor, and was best kaown as a knocker out of blind teeth. ThiS, of course, gave him reputation as a dentist. It was late in the evening when he arrivud at Fogg's house, and without stopping to liht a candle soused his tongs into old Fogg's mouth and snatched out a tooth. "By gum," said the doctor, when he had examined the tooth by the light that came in at the window, "if I haven't pulled the wrong one I'm a jack rabbit." Old Fogg didn'tsayanything, butopened his mouth for another pull. This time the right tooth came out. "Ah, we're all right now," said the doctor as he wiped histongs. Three days later, while the doctor was sitting on his porch, old Fogg dismounted at the gate. "Come in, Brother Fogg." Brother Fogg came in, and, walking up, snatched out a razor and cut off one of Nailor's ears. "Merciful heavens!" exclaimed the doctor, "what have you done?" "Why," Fogg replied, "I have cut off the wrong ear," and seizing the doctor cut off the other ear, and, as he wiped the razor, remarked: "Got the right one that time, I reckon."