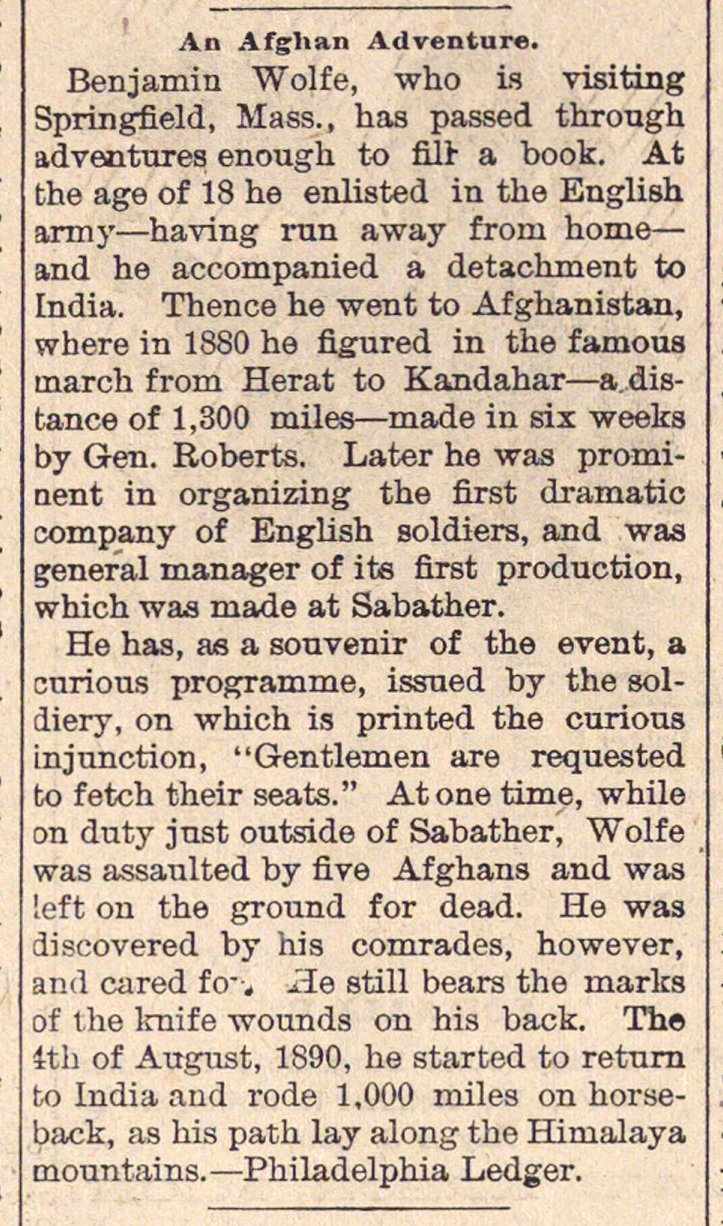 Benjamin Wolfe, who is visiting Springfield, Mass., has passed through adventures enough to filr a book. At the age of 18 he enlisted in the English army - having ran away froni home - and he accompanied a detachment to India. Thence he went to Afghanistan, where in 1880 he figured in the famous tnarch f rom Herat to Kandahar - a.distance of 1,300 miles - made in six weeks by Gen. Roberts. Later he was promiaent in organizing the first dramatic company of English soldiers, and was general manager of ite first production, which was made at Sabather. He has, as a souvenir of the event, a cnrious programme, issued by the soldiery, on which is printed the curious injnnction, "Gentlemen are requested to fetch their seats." Atone time, while on duty jnst outside of Sabather, Wolfe was assaulted by five Afghans and was !oft on the ground for dead. He was discovered by his comrades, however, and cared fo--4 He still bears the marks of the lmife wounds on his back. ThO 4th of August, 1890, he started to return to India and rode 1,000 miles on horseback, as his path lay along the Himalaya