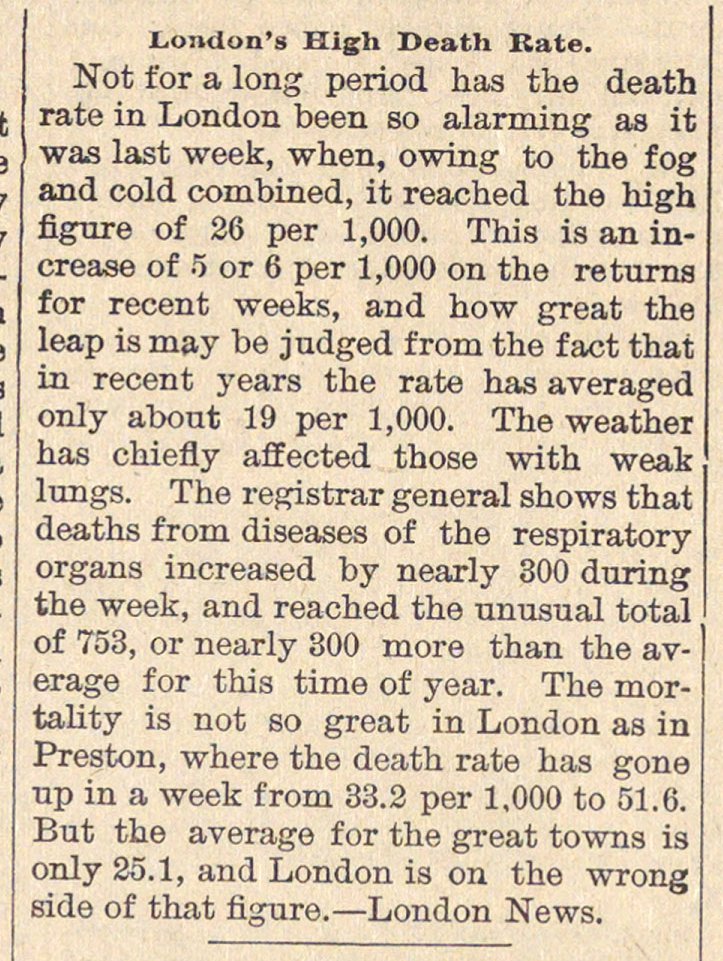 Not f or a long period has the death rate in London been so alarming as it was last week, when, owing to the f og and cold combined, it reached the high figure of 26 per 1,000. This is an increase of 5 or 6 per 1,000 on the returns for recent weeks, and how great the leap is may be judged from the fact that in recent years the rate has averaged only abont 19 per 1,000. The weather has chiefly affected those with weak lungs. The registrar general shows that deaths from diseases of the respiratory organs increased by nearly 300 during the week, and reached the tmusual total of 753, or nearly 300 more than the average for this time of year. The mortality is not so great in London as in Preston, where the death rate has gone up in a week from 33.2 per 1,000 to 51.6. But the average for the great towns is only 85.1, and London is on the wrona