The poet Tennyson does the grea part of ... 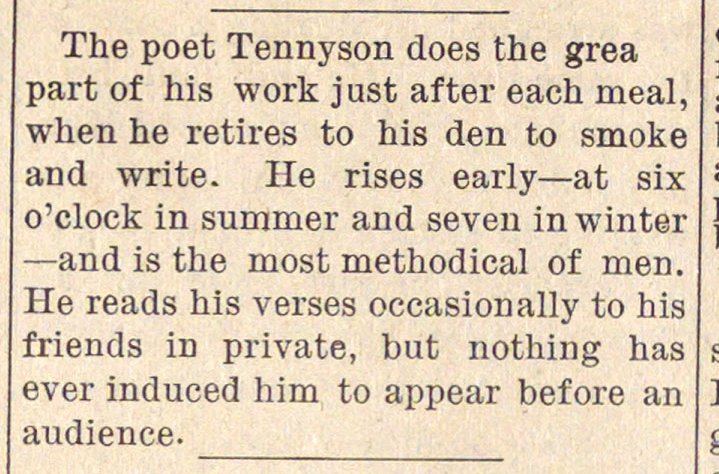 The poet Tennyson does the grea part of his work just af ter each meal, when he retires to his den to smoke and write. He rises early- at six o'clock in summer and seven in winter - and is the most methodieal of men. He reads his verses occasion ally to his friends in private, but nothing has ever induced him to appear before an audience.