No Elimination For Parnell 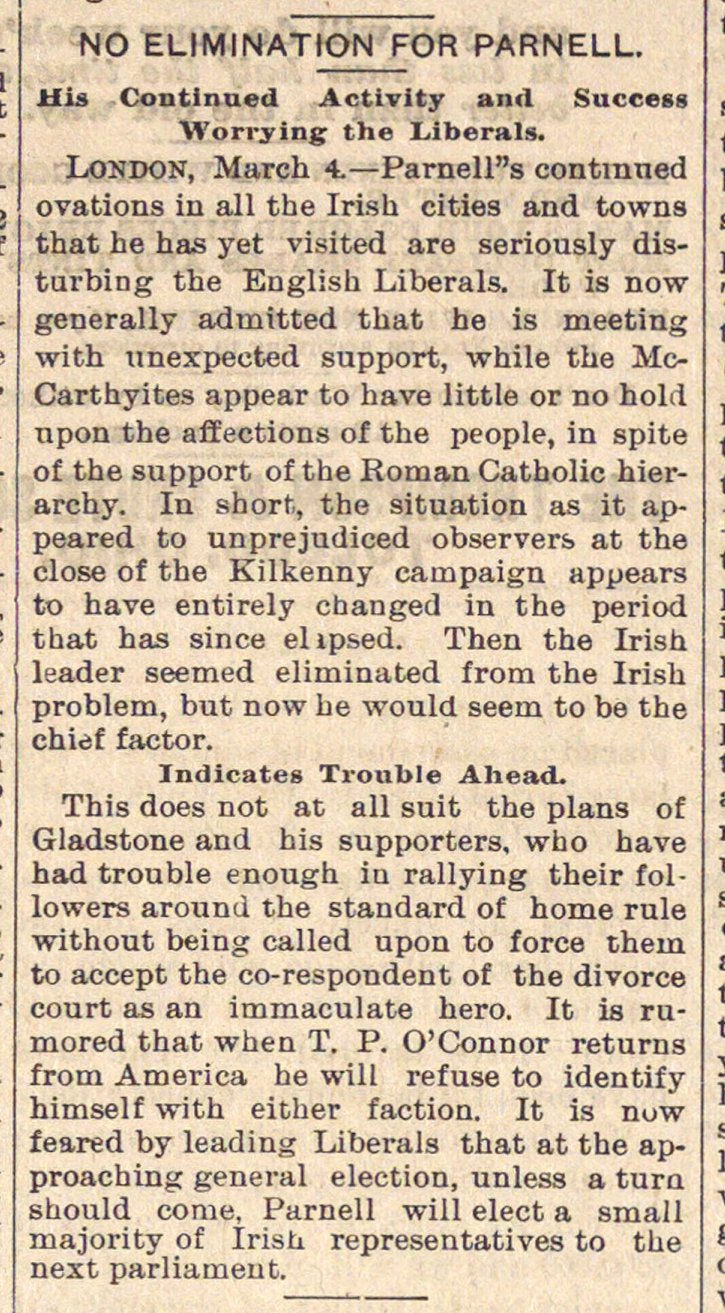 Lokdon, March 4. - Parnell"s contmned ovations in all the Irish cities and towns that he has yet visited are seriously disturbing the English Liberáis. It is now generally adtnitted that he is meeting with unexpeeted support, while the McCarthyites appear to have little or no hold npon the affections of the people, in spite of the support of the Roman Catholic hierarchy. In short,, the situation as it appeared to unprejudiced observers at the close of the Kilkenny eampaign appears to have entirely changed in the period that has since elipsed. Then the Irish leader seemed eliminated from the Irish problem, but now he would seetn to be the chief factor. ïndicates Trouble Ahead. This does not at all suit the plans of Gladstone and bis supporters, who have had trouble enough iu rallying their tollowers around the standard of home rule without being called upon to force thein to accept the co-respondent of the divorce court as an immaculate hero. It is rumored that when T. P. O'Connor returns from America he will refuse to identify himself with either faction. It is now feared by leading Liberáis that at the approaching general election, unless a tura should come, Parnell will elect a small majority of Iristi representatives to the next parliament.