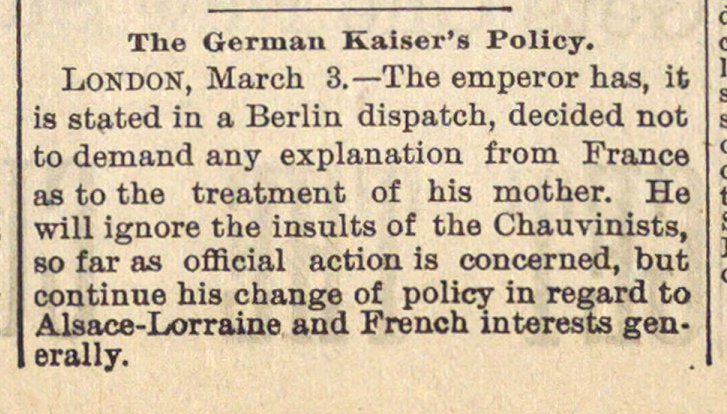 London, March 3.- The emperor has, it is stated in a Berlin dispatch, decided not to demand any explanation from France as to the treatment of his mother. He will igaore the insulta of the Chauvinista, so far as official action is eoncerned, but continue his change of policy in regard to Alsace-Lorraine and Frenen interests generally.