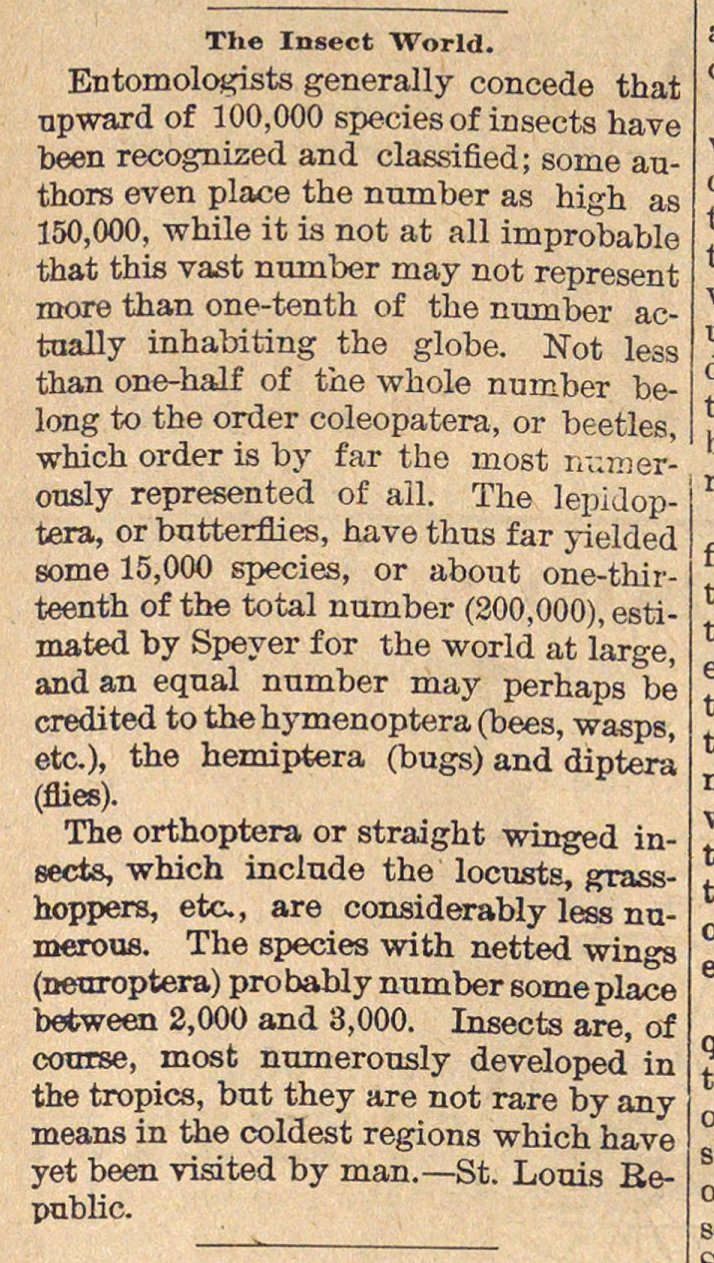 Entomologista generally concede that npward of 100,000 species of insects have been recognized and classified; sorne authors even place the number as high as 150,000, while it is not at all improbable that this vast nuinber may not represent more than one-tenth of the number actaally inhabiting the globe. Not less than one-half of the whole number belong to the order coleopatera, or beetles, which order is by f ar the most mimerously represented of all. The lepidoptera, or bntterflies, have thus far yielded some 15,000 species, or about one-thirteenth of the total number (200,000), estimated by Speyer for the world at large, and an eqnal number may perhaps be credited to the hymenoptera (bees, wasps, etc.), the hemiptera (bugs) and díptera (flies). The orthoptera or straight winged insects, which include the locusta, grasshoppers, etc, are considerably less numerous. The species with netted wings (neuroptera) probably number some place between 2,000 and 3,000. Insects are, of conrse, most numerously developed in the tropics, but they are not rare by any means in the coldest regions which have