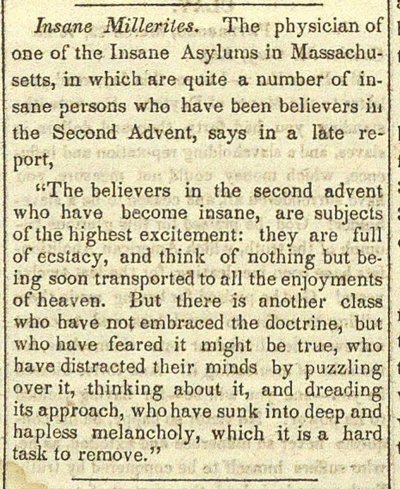 The physician ofone of the Insane Asylums in Massachusetts, in which are quite a number of insane persons who have been believers in the Second Advent, says in a late report, "The believers in the second advent who have become insane, are subjects of thehighest excitement: they are full of ecstacy, and think of nothing but being soon transported to all the enjoyments ofheaven. But there is another class who have not embraced the doctrine, but who have feared it might be true, who have distracted their minds by puzzling over it, thinking about it, and dreading its approach, who have sunk into deep and hapless melancholy, which it is a hard task to remove."