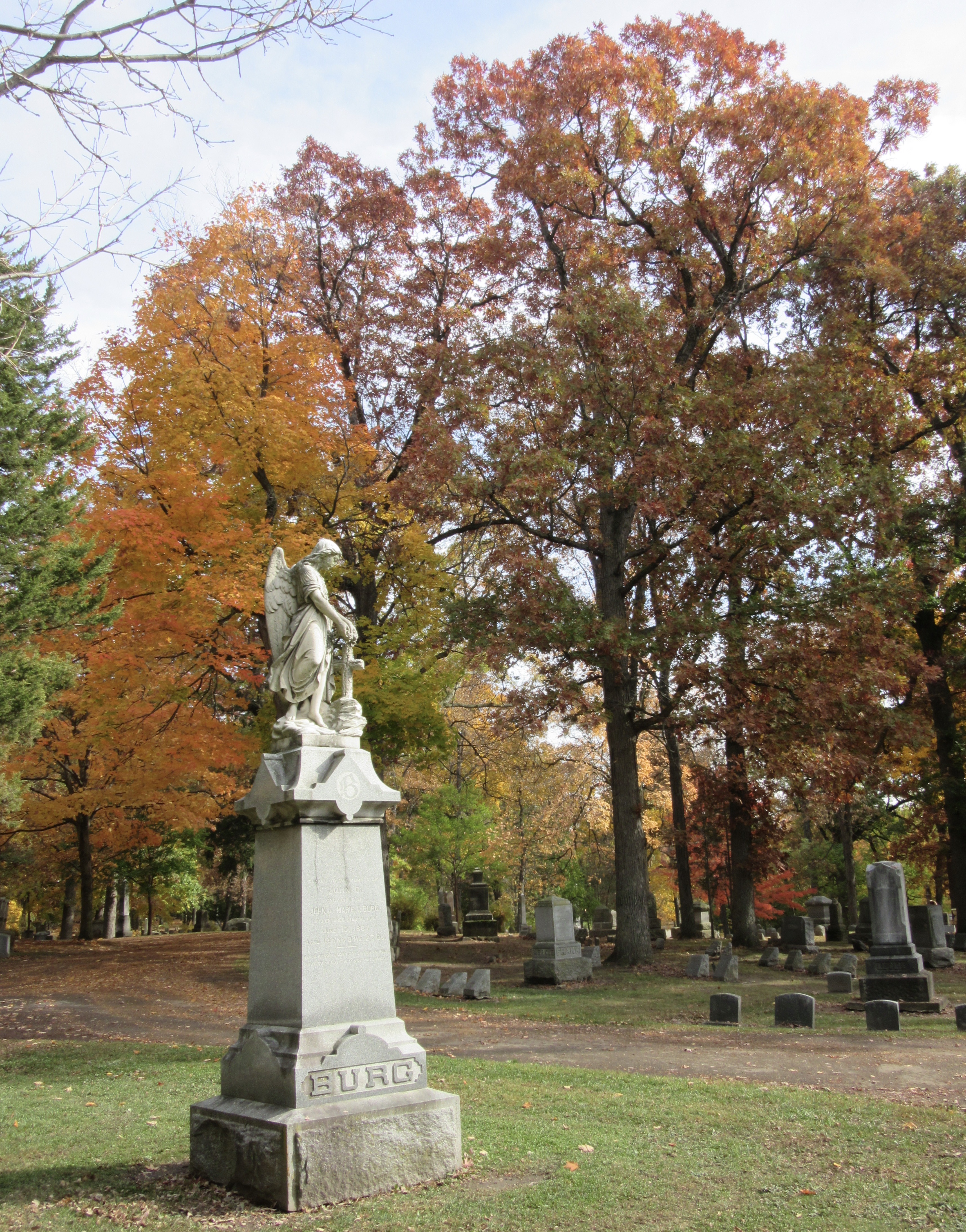 Inscription:  'Be Ye Also Ready For In Such An Hour As Ye Think Not The Son of Man Cometh'

'Young Johnny Burg, 13, woke up early on the morning of Jan. 10, 1887, to catch the circus train that was scheduled to stop in Ann Arbor, Stevens says.  He left his house quietly so he wouldn't wake up his ailing mother Marie Burg.

As he arrived at the railroad tracks, he grabbed onto one of the slow-moving rail cars to see the animals, but he didn't notice a pile of ashes.  His feet tripped over the ashes and his legs swung underneath the train and were run over by several cars. He died while surgeons were trying to amputate his legs; his mother never recovered, Stevens says.

A tall angel statue rests on top of his grave.'