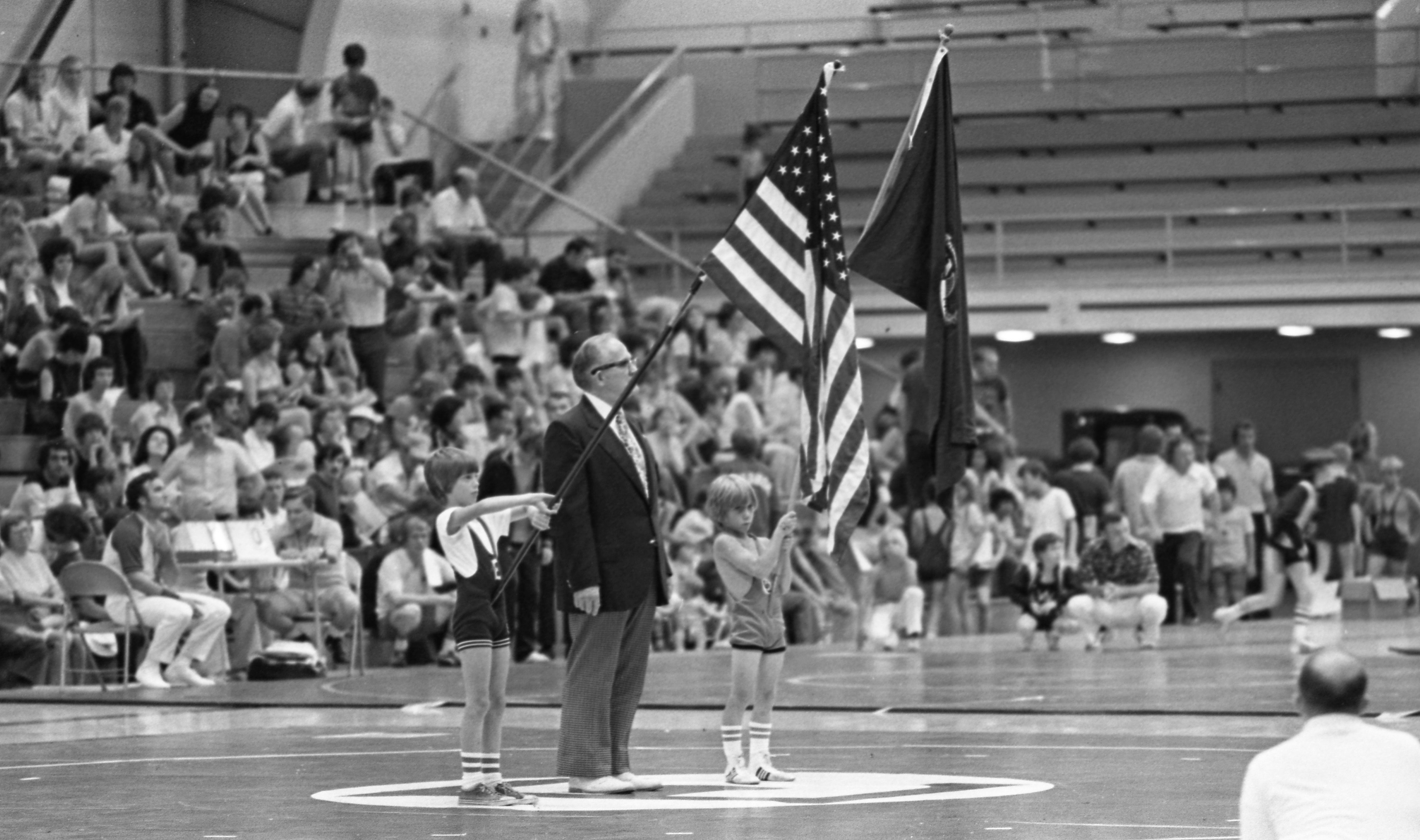 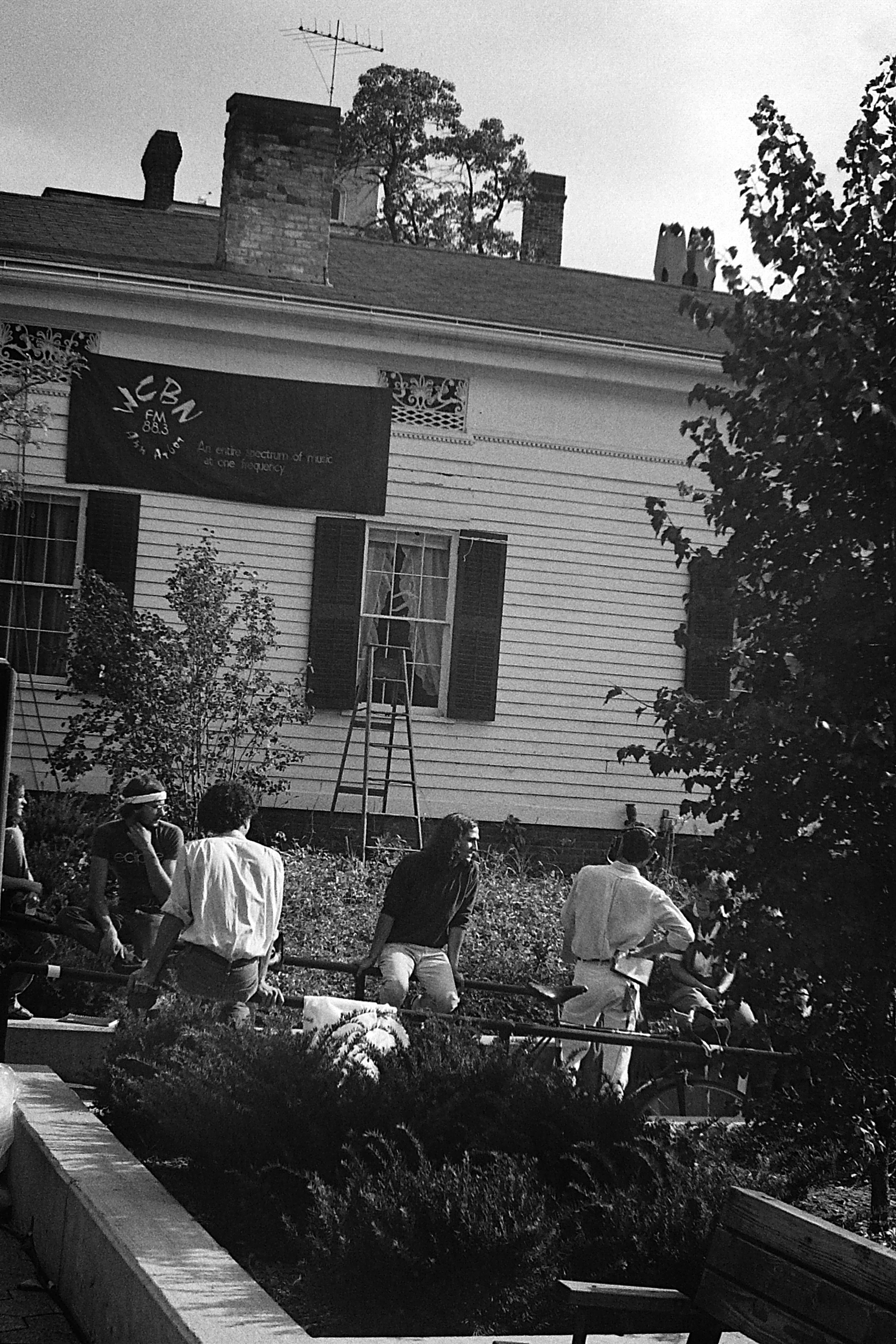 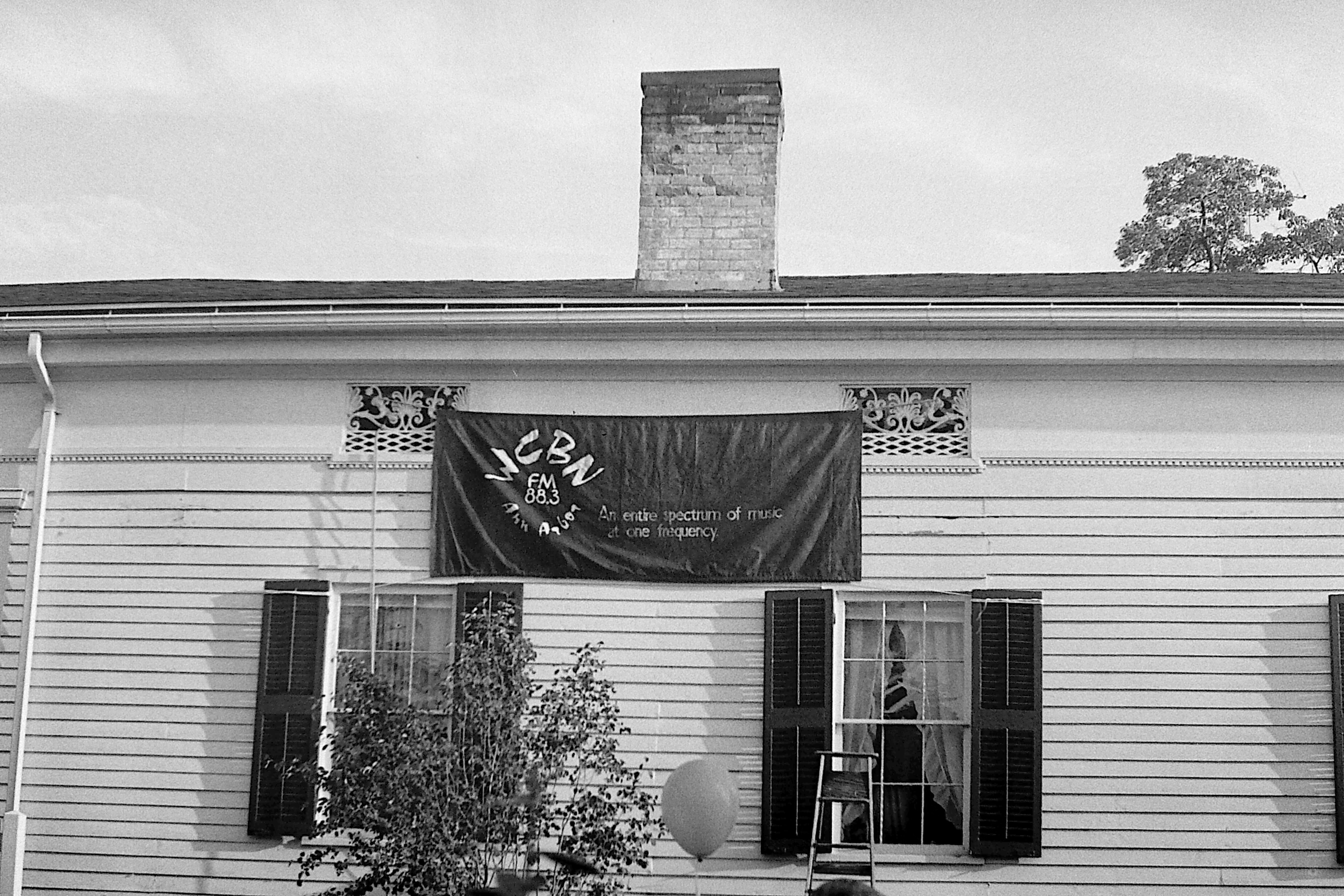 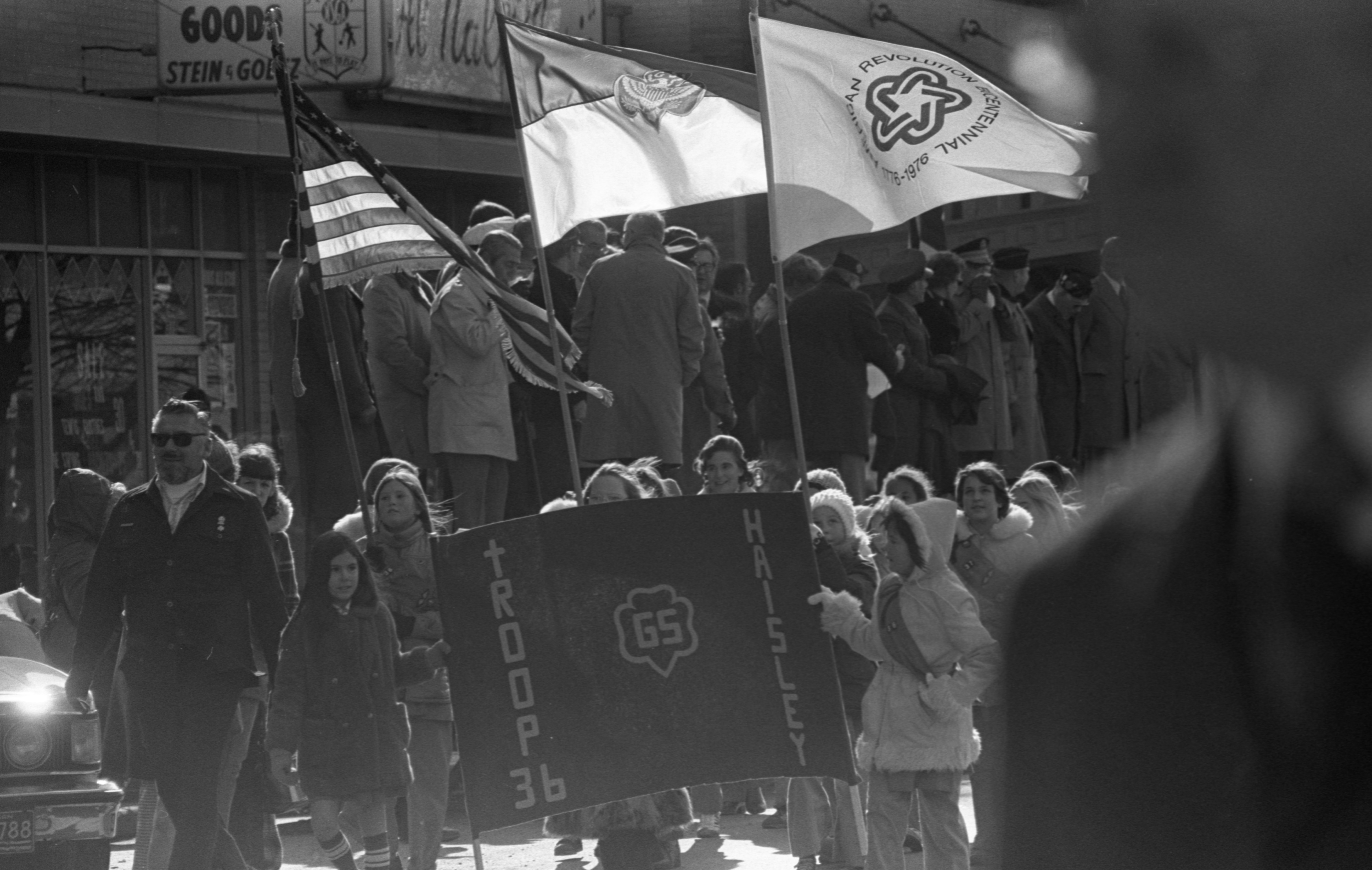 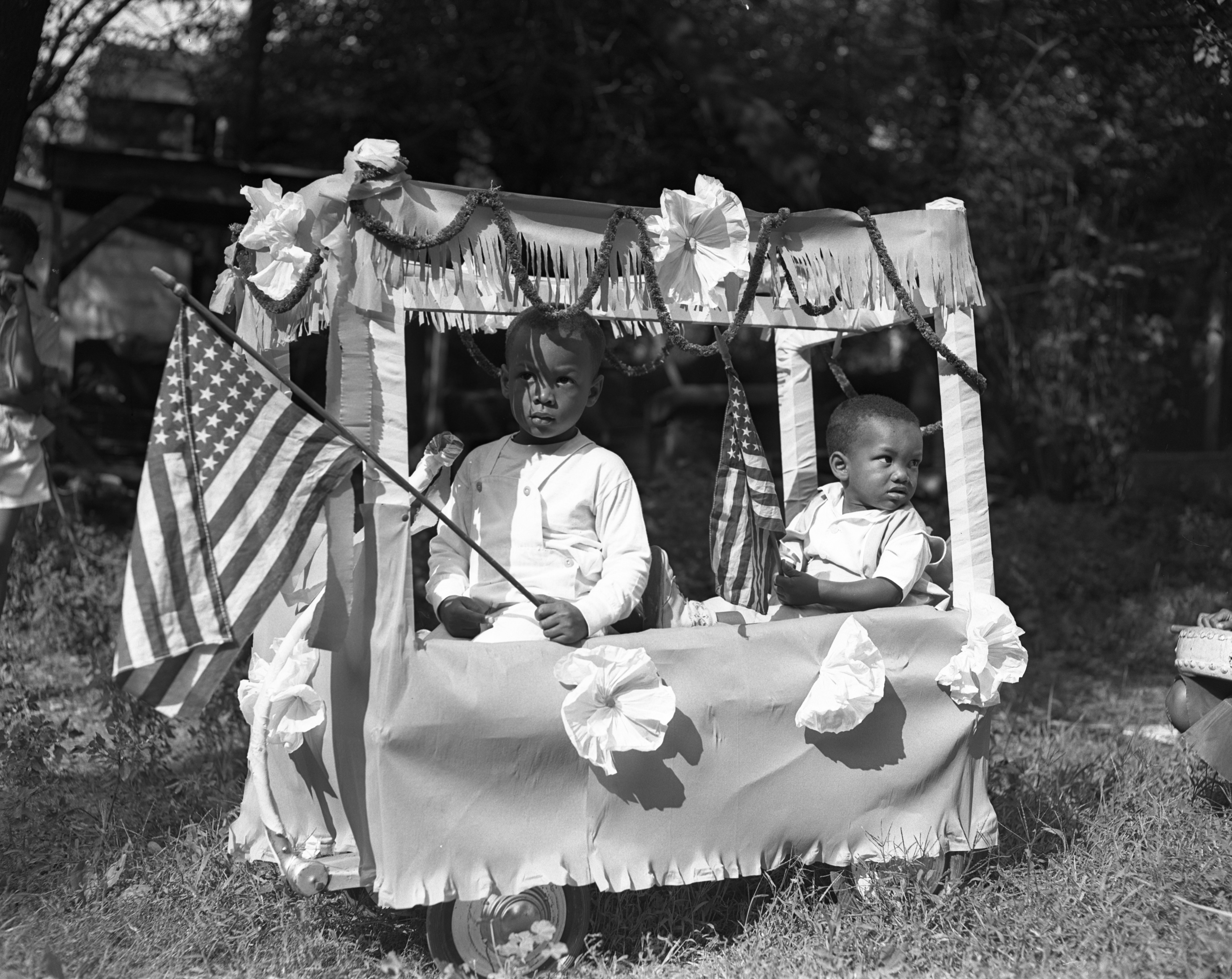 Published In
Ann Arbor News, August 19, 1949
Caption
RIDE IN PARADE: Eldridge Askew, 3, and his little brother, Zonnechris, 22 months old, rode in a paper-decorated wagon yesterday in the parade that climaxed summer activities at the Bethel A.M.E. nursery school. A plan to continue to the nursery school through the winter is now being discussed.
Copyright
Copyright Protected

Carrying the Flags in the Michigras Parade, April 1958 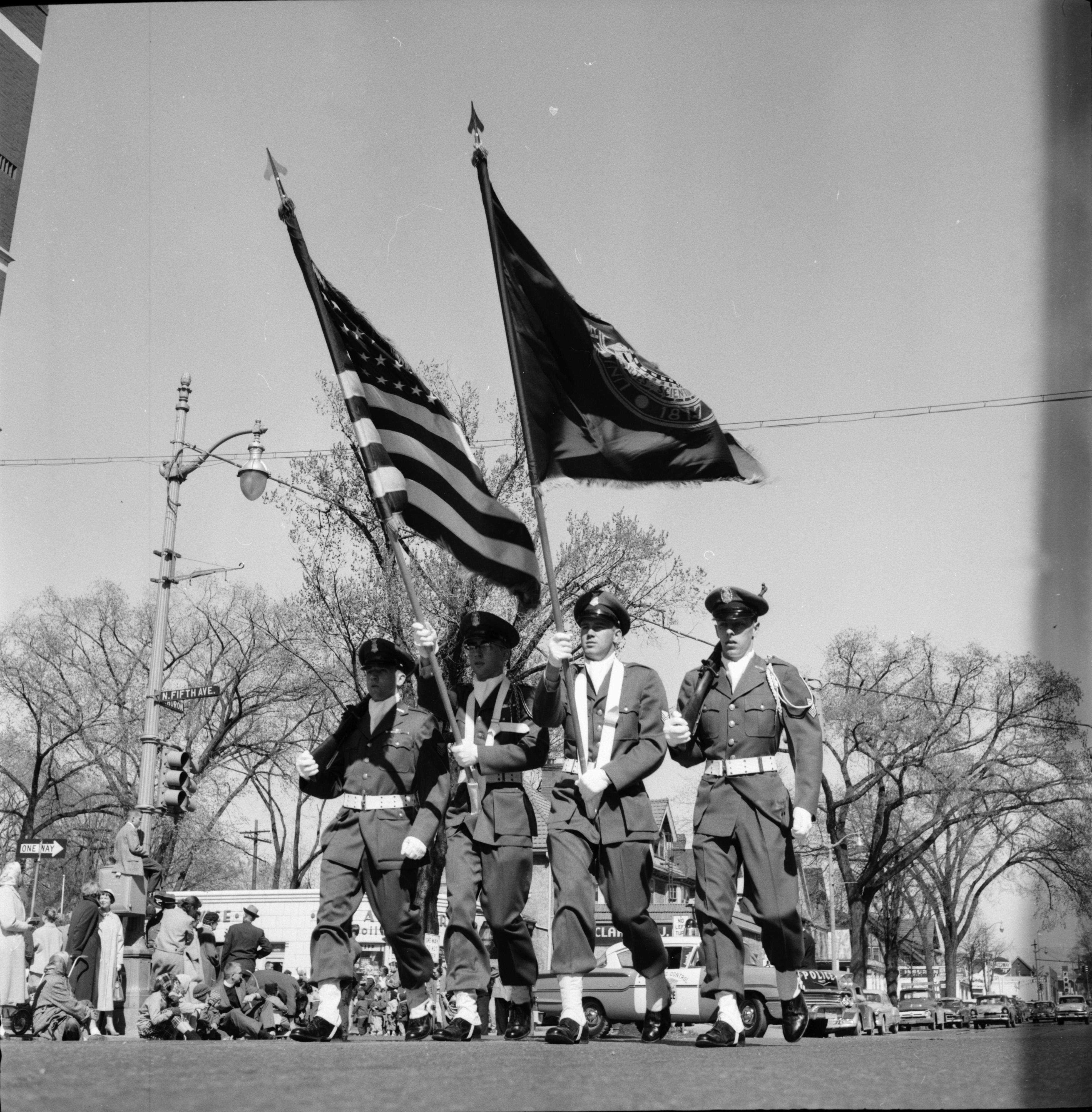 Clowning Around in the Michigras Parade, April 1958 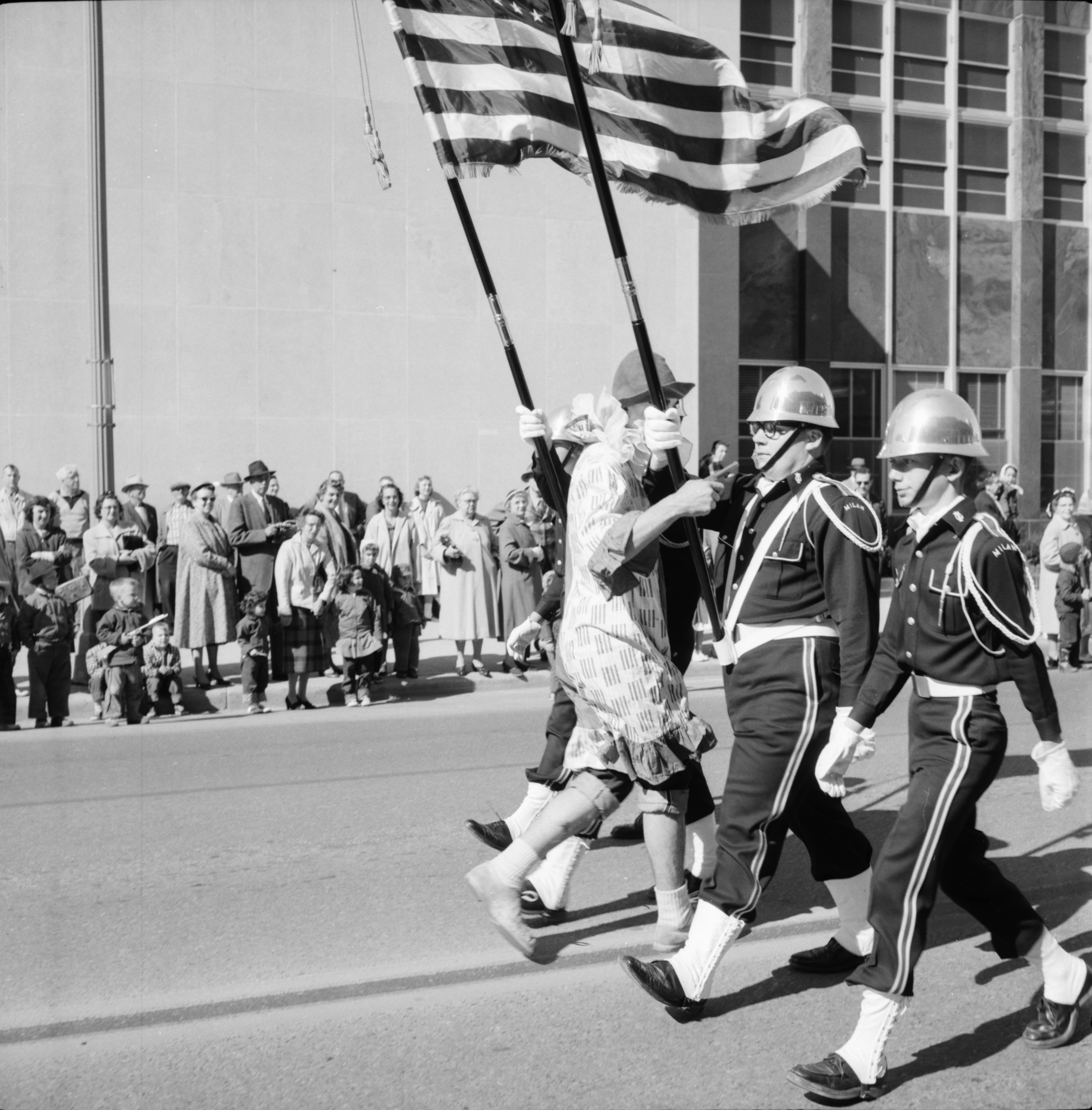 Watching the Michigras Parade in front of the Washtenaw County Building, April 1958 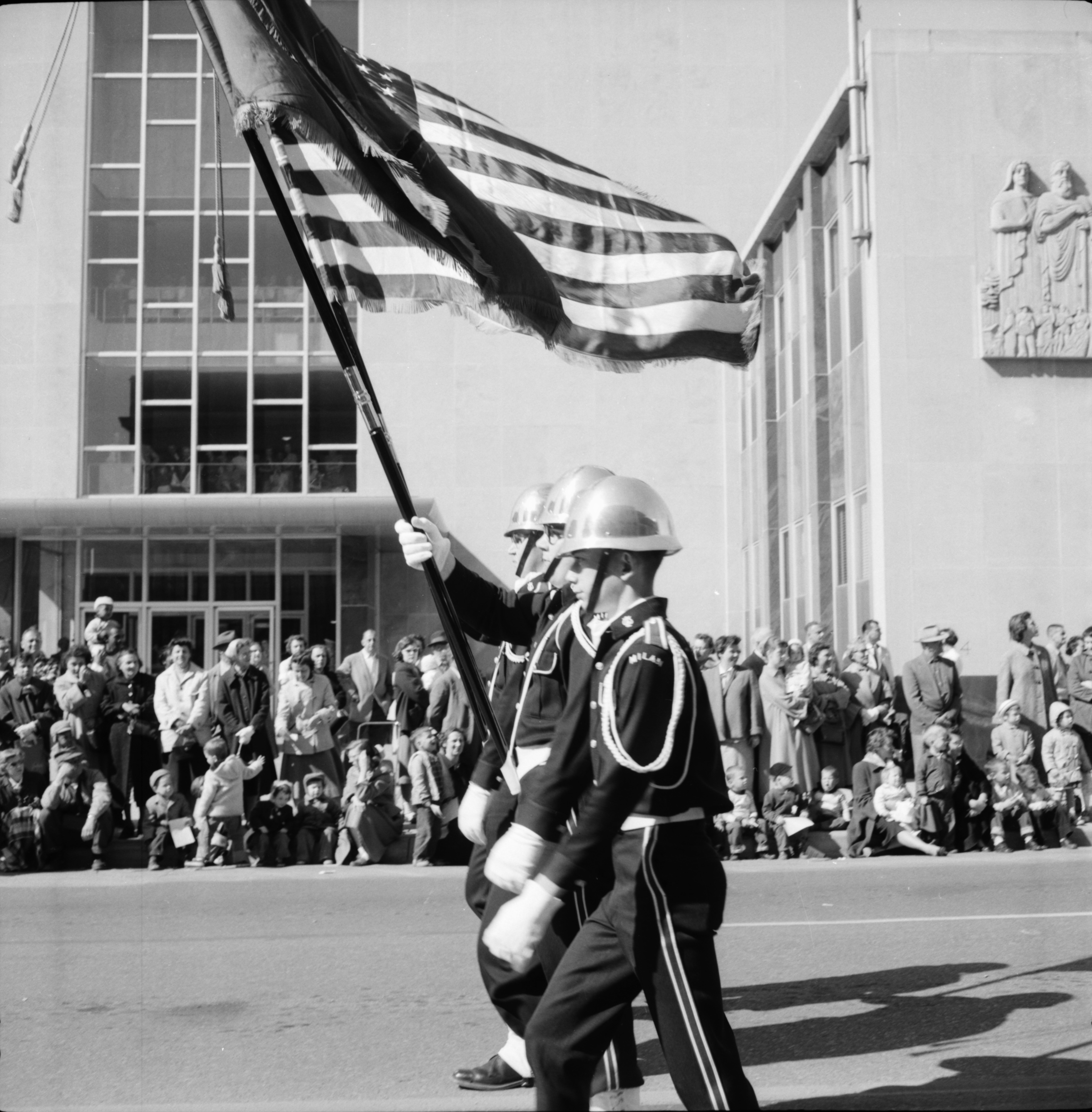 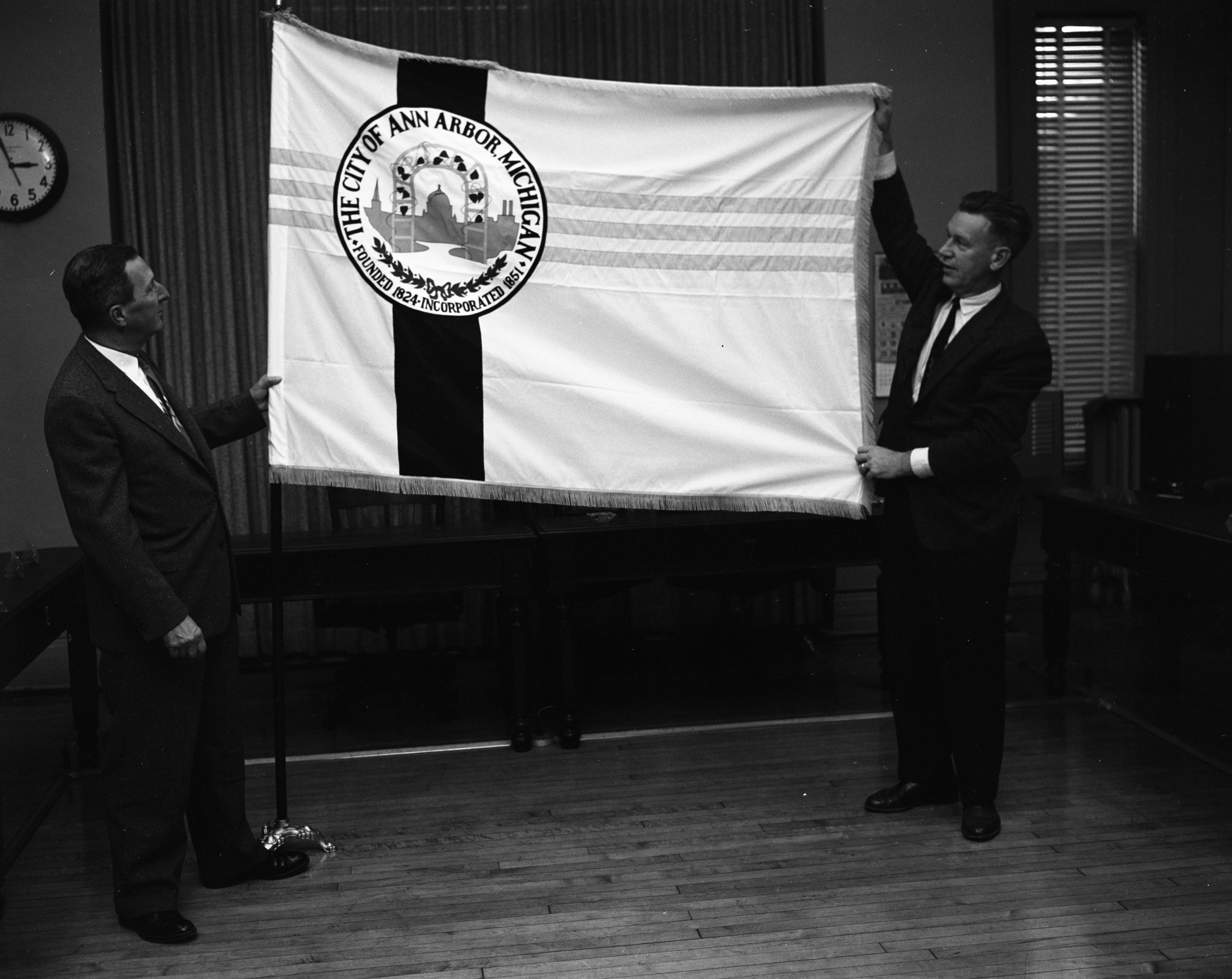 Published In
Ann Arbor News, October 10, 1959
Caption
NEW CITY FLAG: City Clerk Fred J. Looker (left) and City Administrator Guy C. Larcom, jr., examine the new 3x5-foot city flag delivered to City Hall yesterday. The flag is on display in the City Council room. The flag, basically white, black and gold in color, was made up by a local firm on the basis of a design by Jean Winkelhaus, winner of a flag design contest last spring for students in the city in grades 7 through 12. A city flag originally was proposed by former Councilwoman Alicia Dwyer Pratt. Cost for the city of making the flag was $154.50, not including pole and stand.
Copyright
Copyright Protected 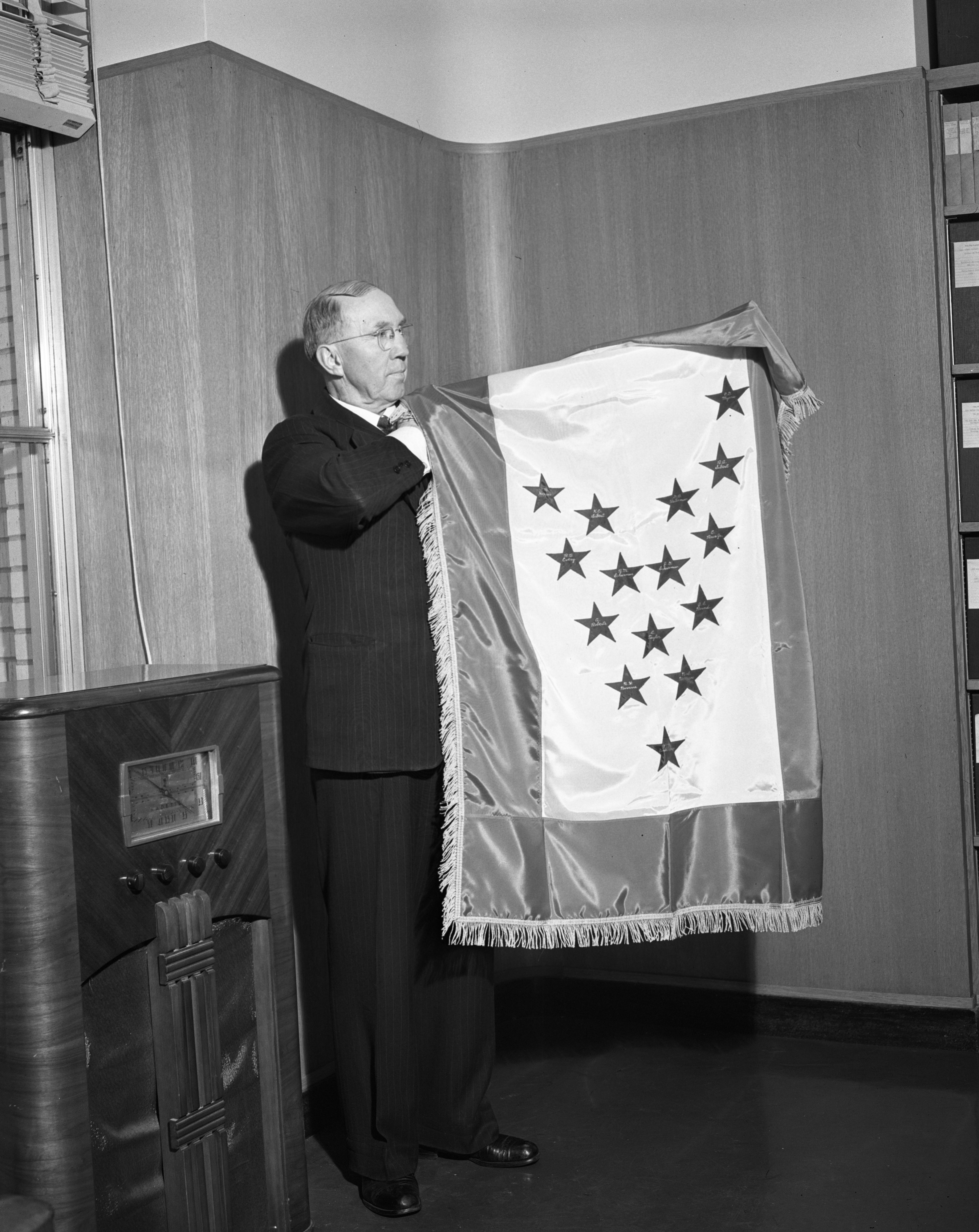 Published In
Ann Arbor News, May 7, 1943
Caption
Mother's Day service at Calvary Evangelical Church Sunday will feature the dedication of the service flag which the pastor, Rev. John Schurman, is holding in the above picture. The flag contains the names of the church members who have entered military service, on stars arranged in a V-for-Victory pattern. There are now 14 stars on the flag, with two to be added by Sunday. Rev. Mr. Schurman's sermon topic at the 11 o'clock service will be "A Mother and Her Boys."
Copyright
Copyright Protected
Subscribe to Flags &amp; Banners