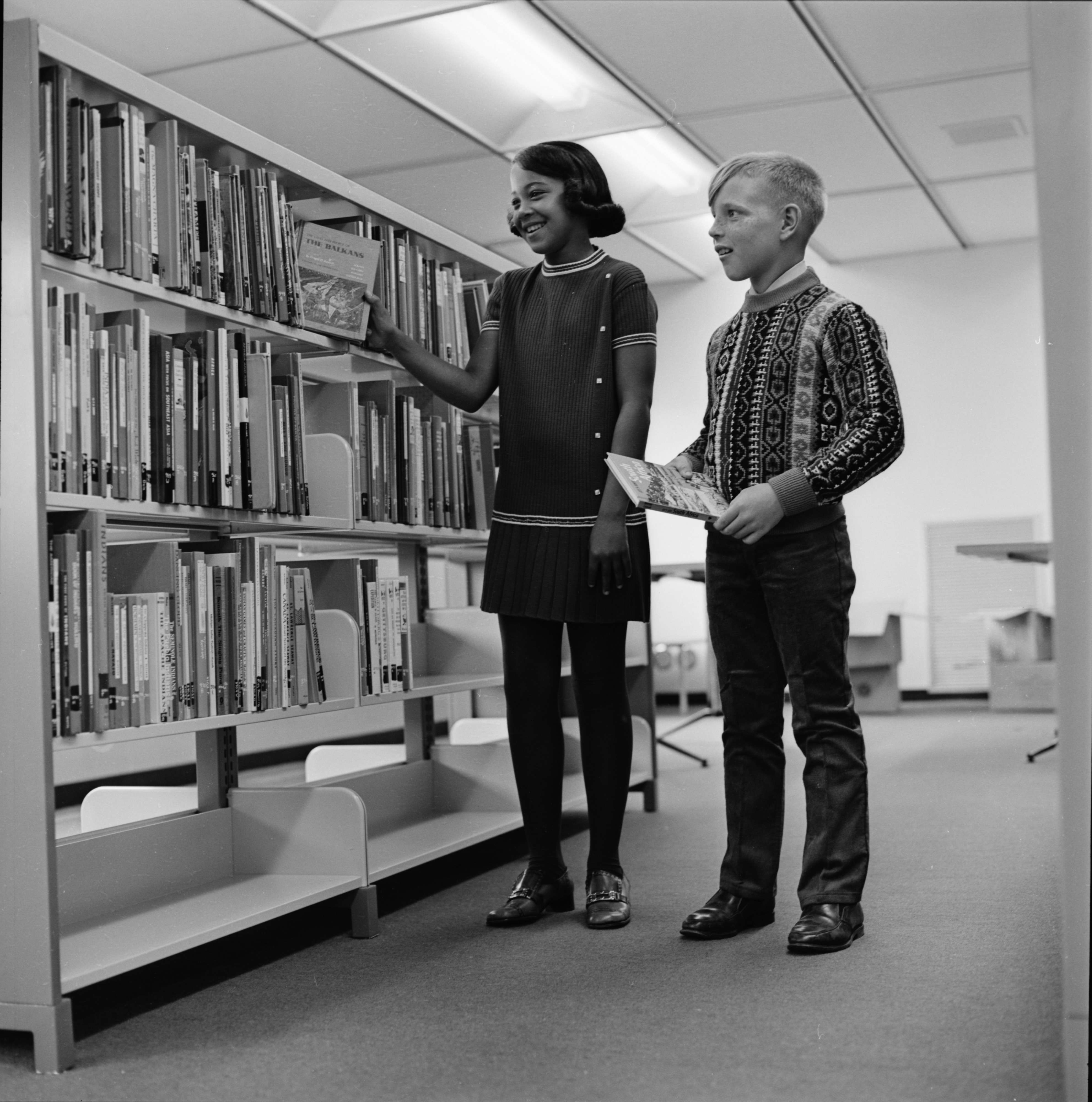 Published In
Ann Arbor News, September 7, 1969
Caption
Learning In Style: Somehow, education is a little more fun when you're dressed in comfortable and new clothes. You look smart and the feeling is reflected in the classroom. Karolyn Scott and Jerry Brush Jr., schoolmaters at Abbot Elementary School and neighbors on Kuehnle Street, recently visited the new Martin Luther King Jr. Elementary School. Here, in the library, they look over the selection of books and do a little brushing up on their geography before classes start at their school. Karolyn is wearing a tasty raspberry wool knit with a dropped waistline and pleated skirt. Her raspberry opaque tights accent her pilgrim-style shoes, the altest in the young girl look. Jerry's Scandinavian ski sweater is a hardy combination of greens and contrasting colors. He is also wearing the uncut corduroy pants which are noted for their wearability and neat appearance. Karolyn is the daughter of Mr. and Mrs. Leonard G. Scott. Mr. and Mrs. Jerry A. Brush are Jerry's parents.
Copyright
Copyright Protected 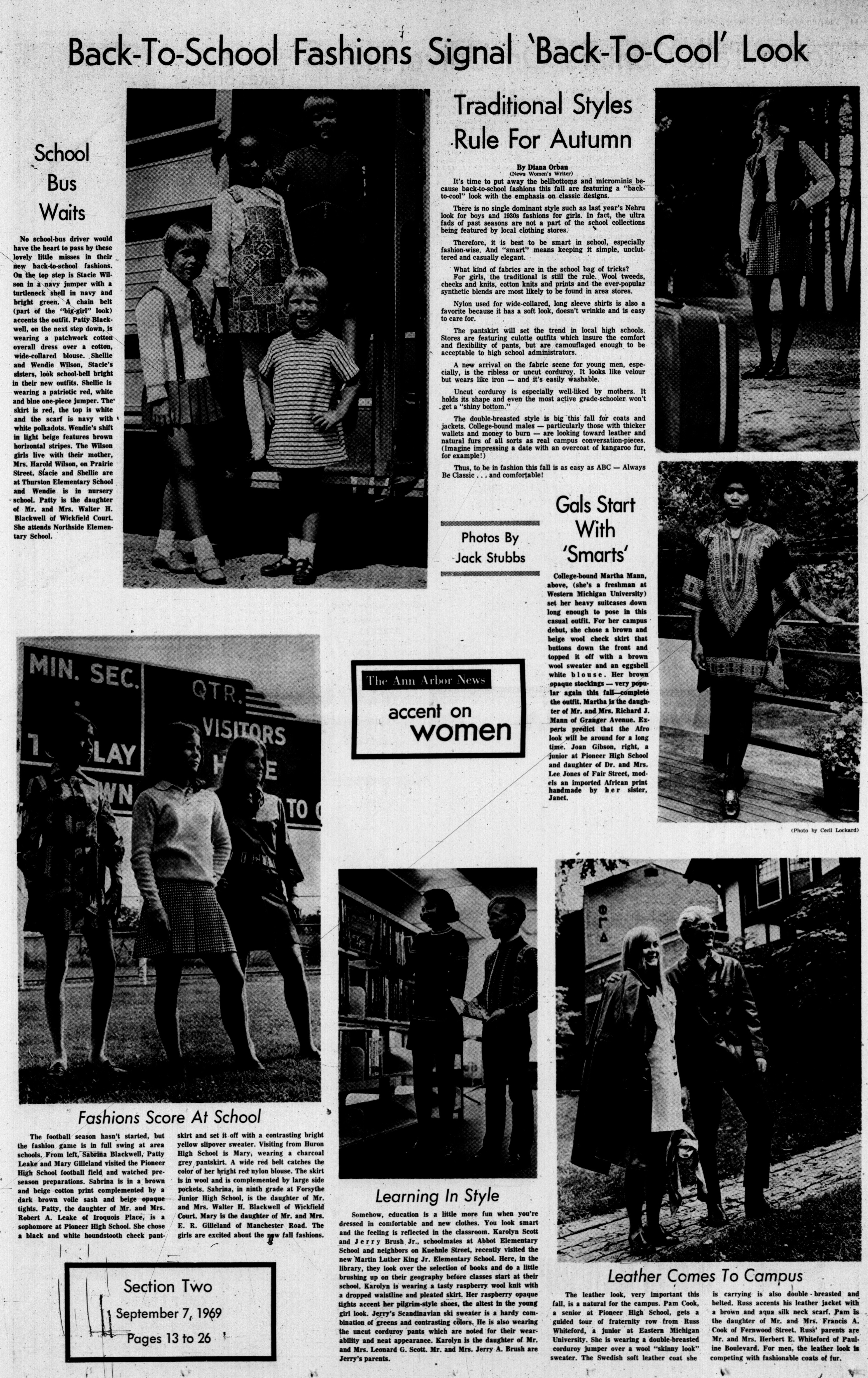