Sidelights On The Banquets 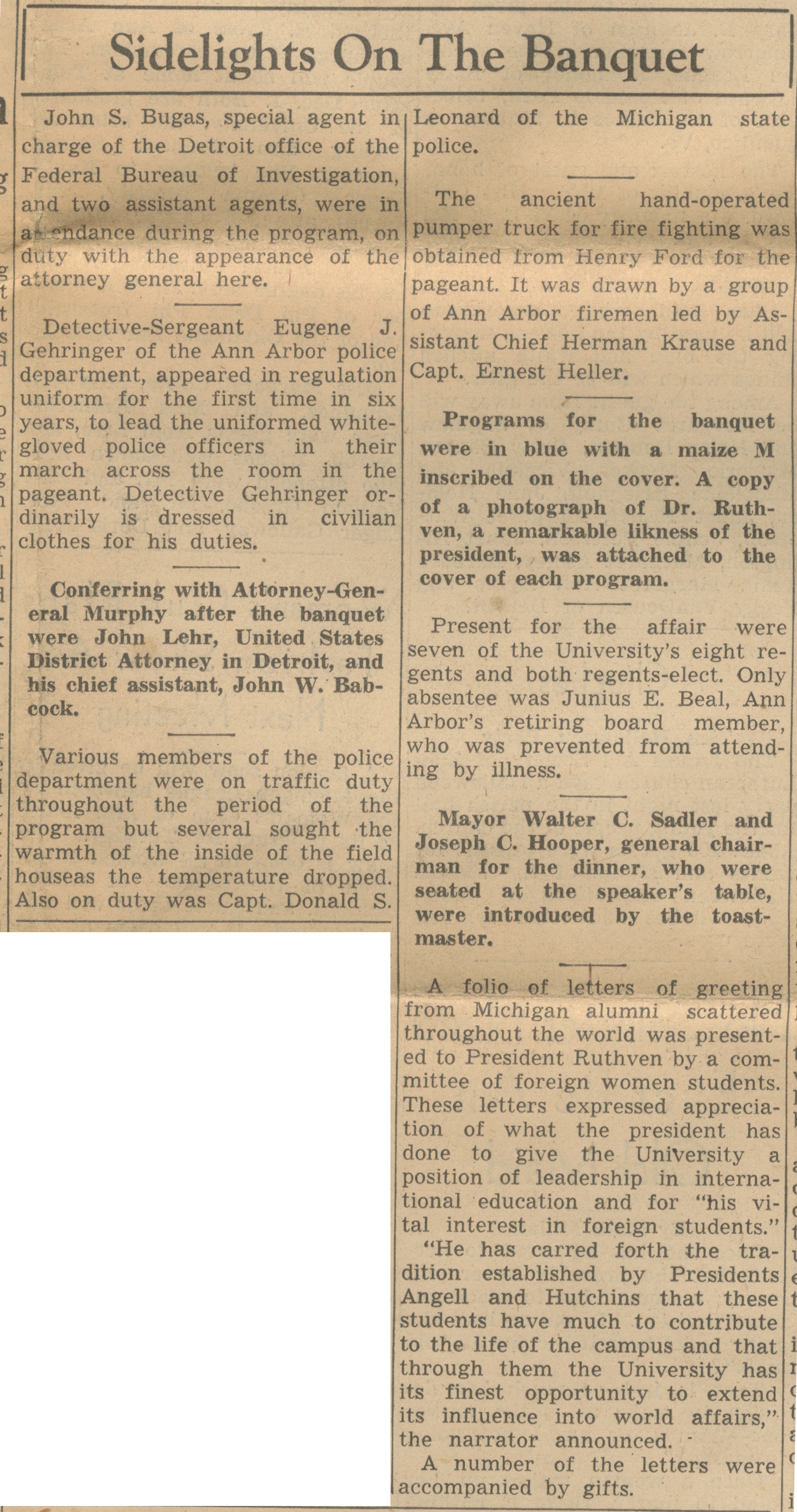 Draft System Based On Decisions By 'Friends' 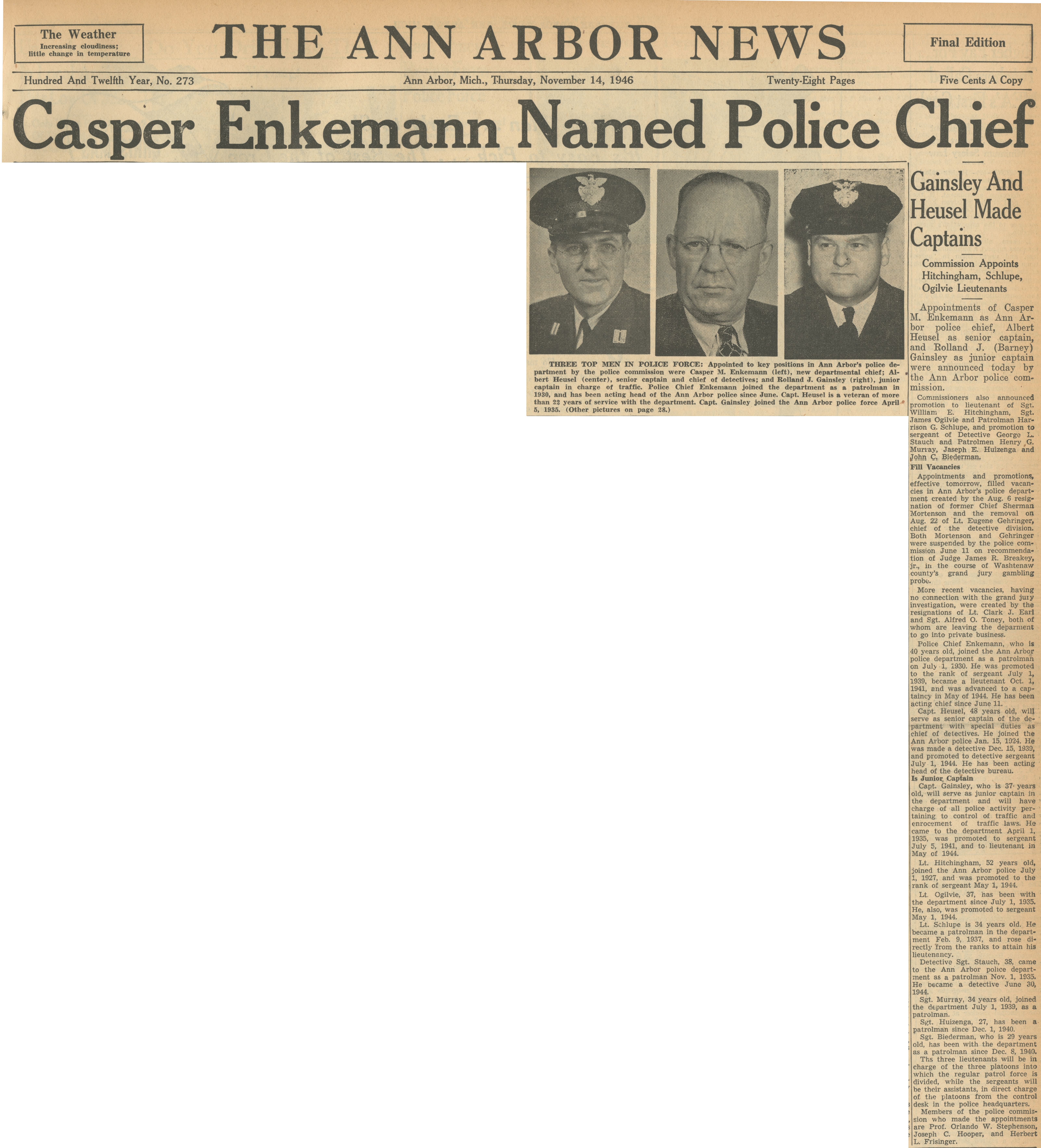 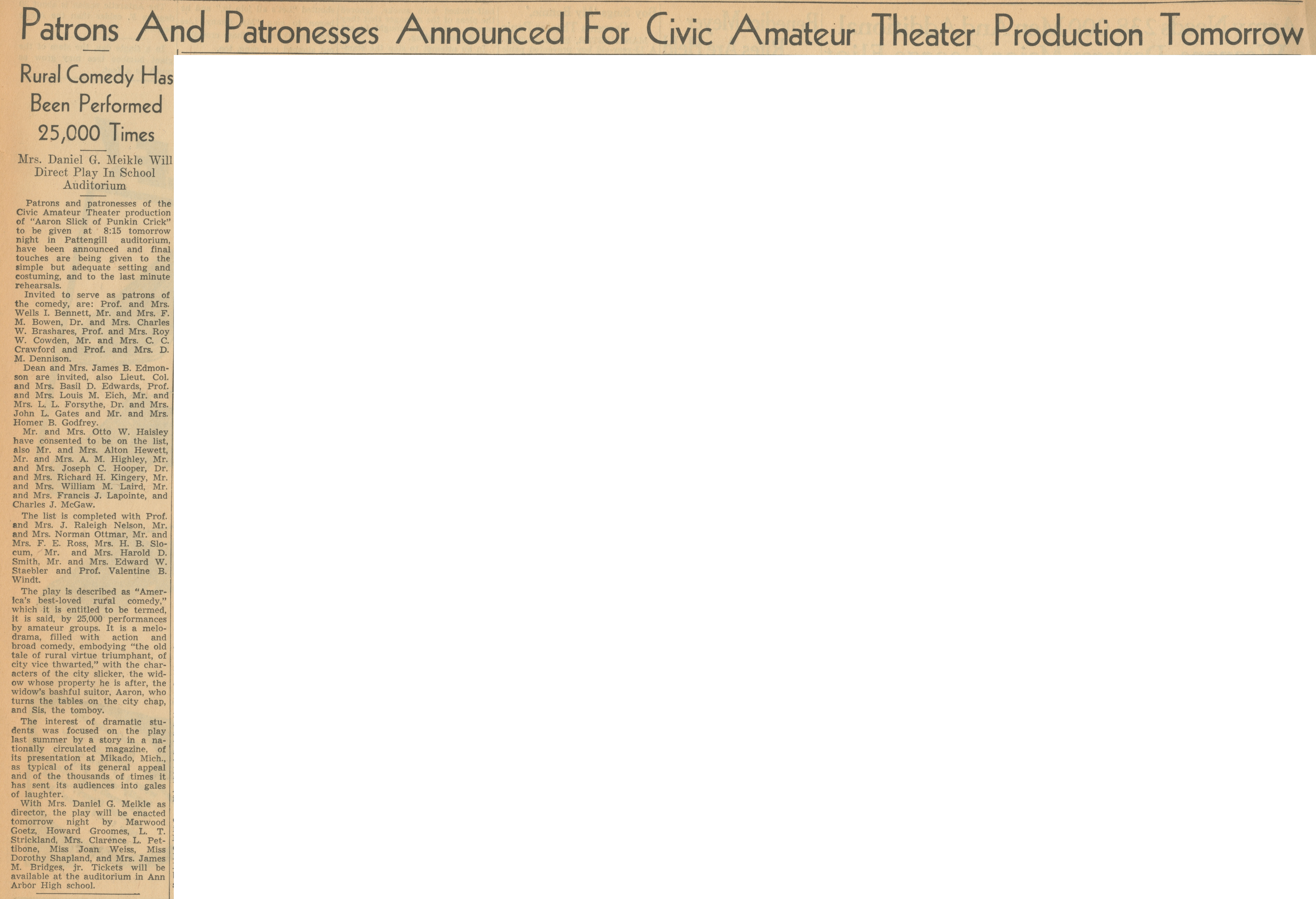 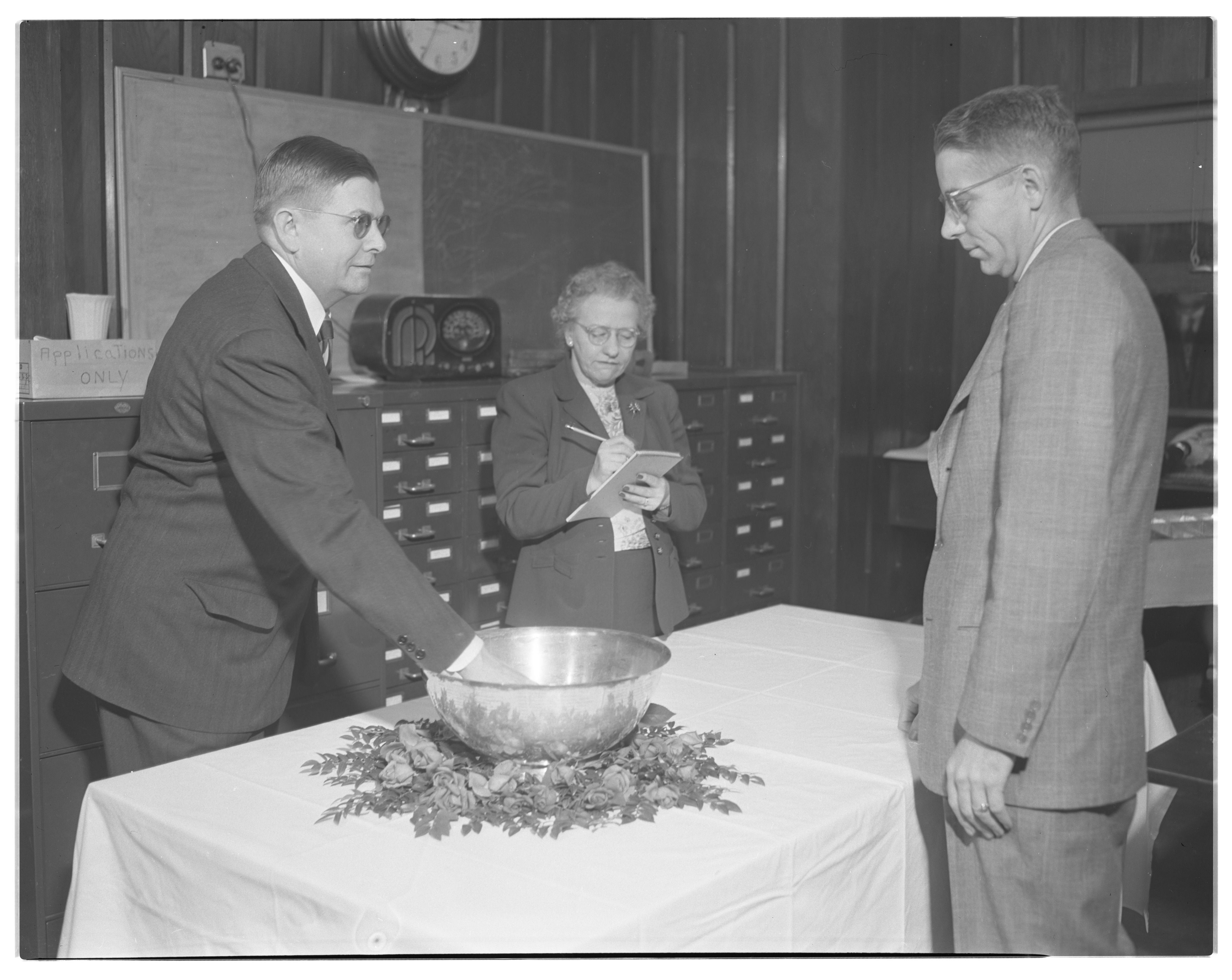 Published In
Ann Arbor News, December 11, 1947
Caption
DRAWING OUT THE LUCKY NUMBERS: Joseph C. Hooper, local attorney and national vice-president of the Michigan Alumni association is shown above drawing out the first of the lucky numbers which will determine the alumni who will receive tickets to the Rose Bowl game at Pasadena on New Year's day. Don Weir, ticket manager, at the right, is checking the numbers which are being recorded by Mrs. Donna Kuebler, Weir's secretary. The silver bowl which is being used is the Chick Evans golf trophy, which is in the possession of Dave Barclay for one year. Dave won the bowl last spring by winning the NCAA golf title. Around the base of the bowl is an appropriate display of roses.
Copyright
Copyright Protected 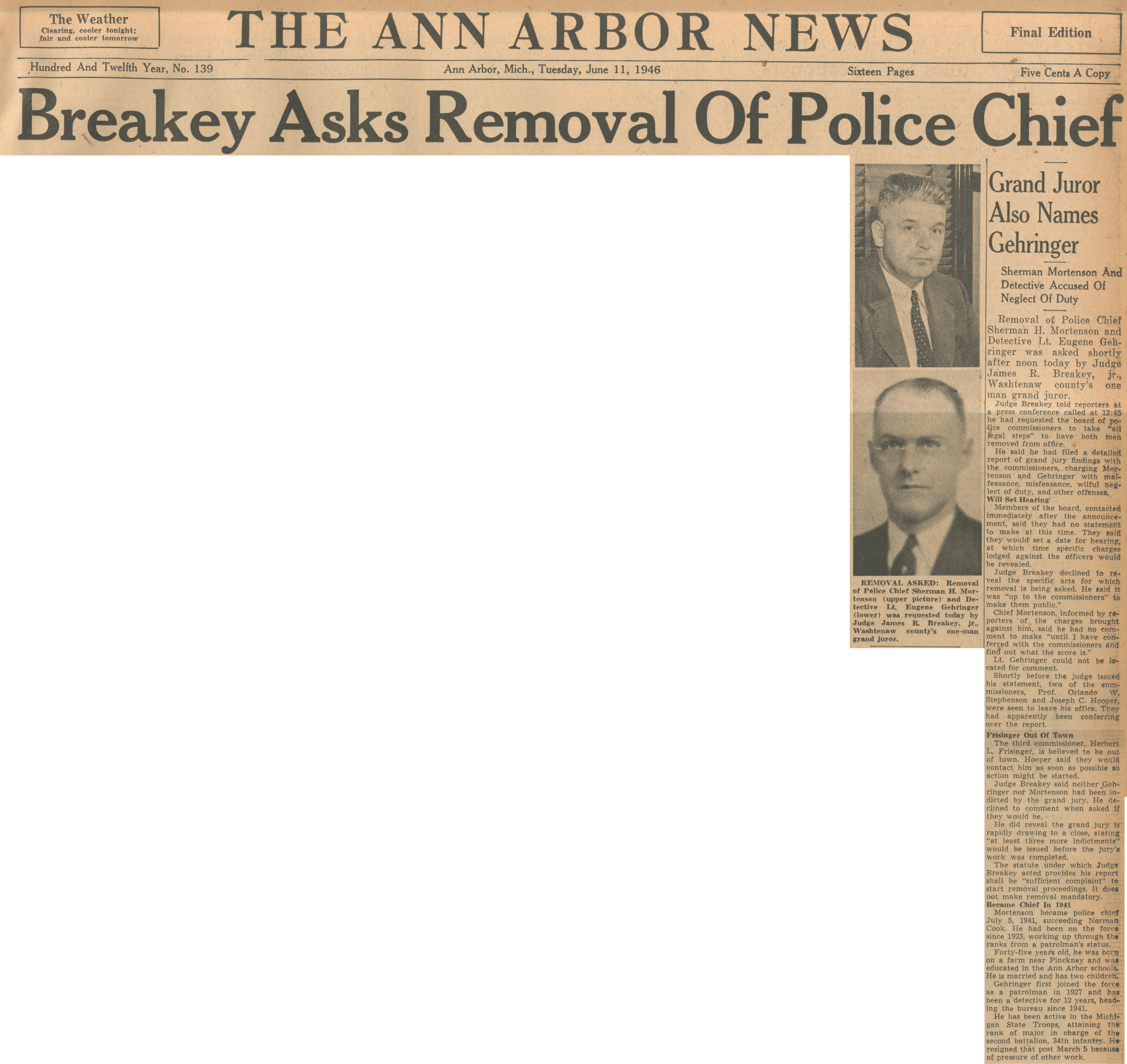