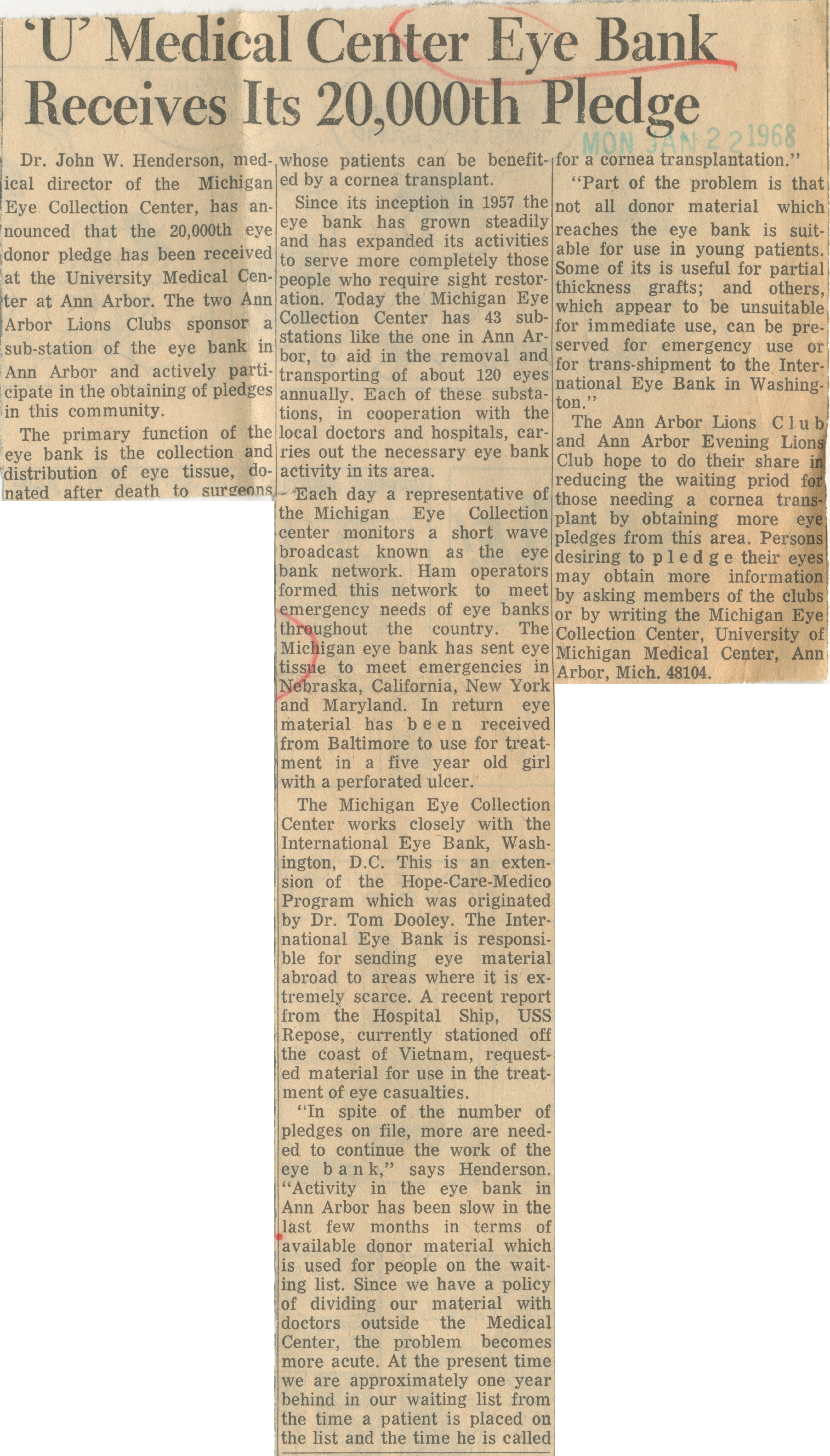 Many In State Living With 'Borrowed' Eyesight 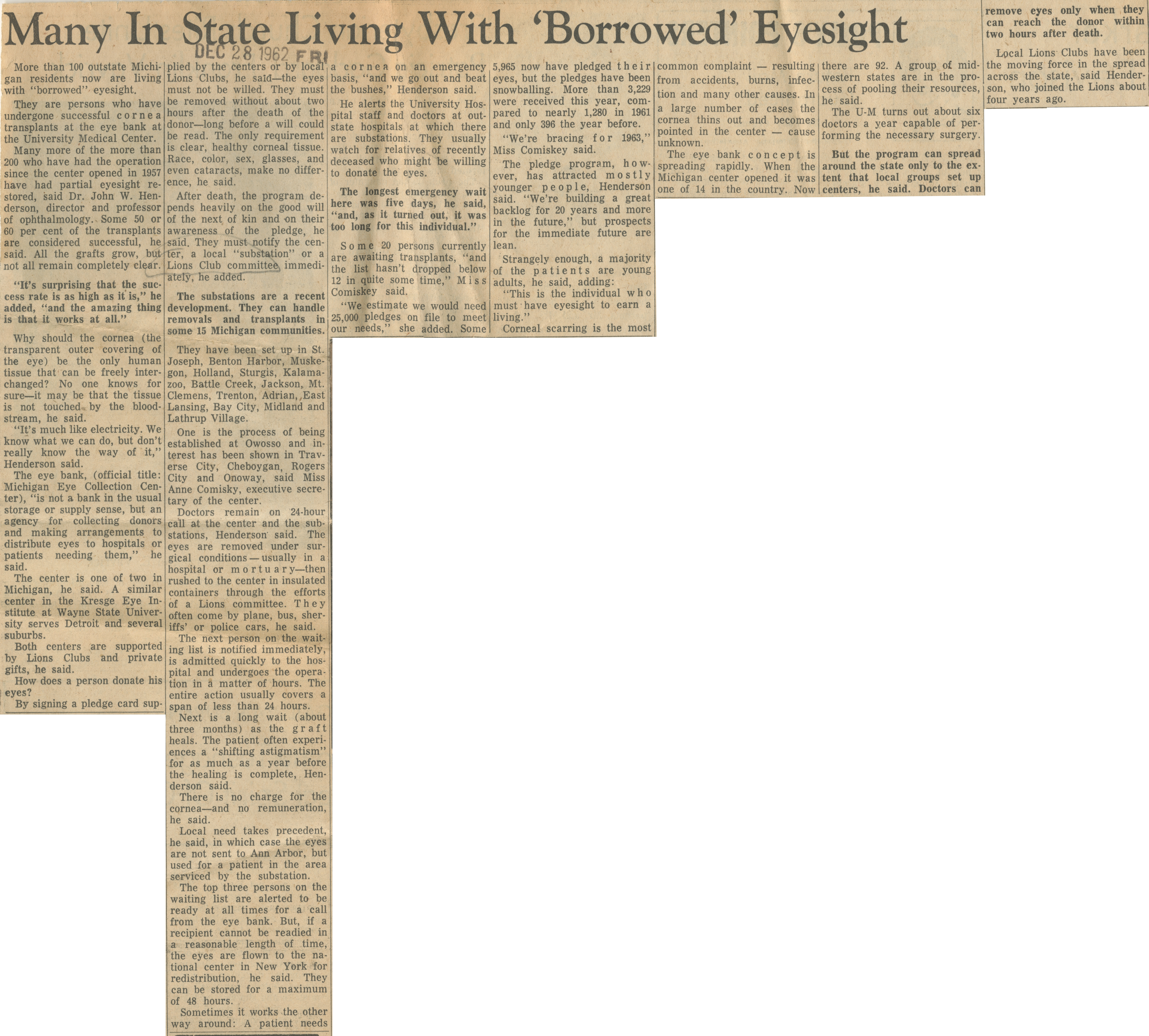 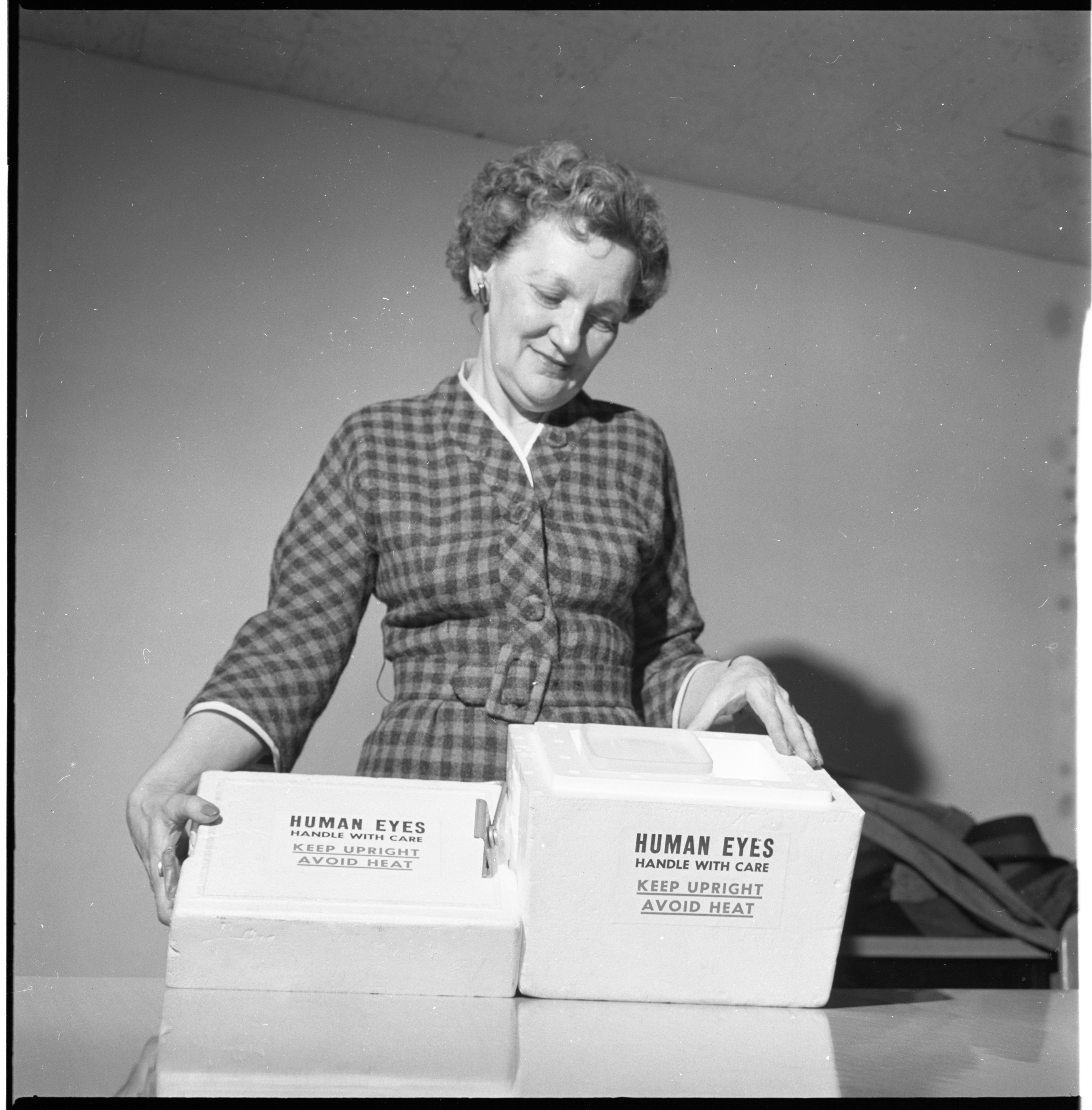 500 Eye Donation Pledges On File At 'U' Medical Center 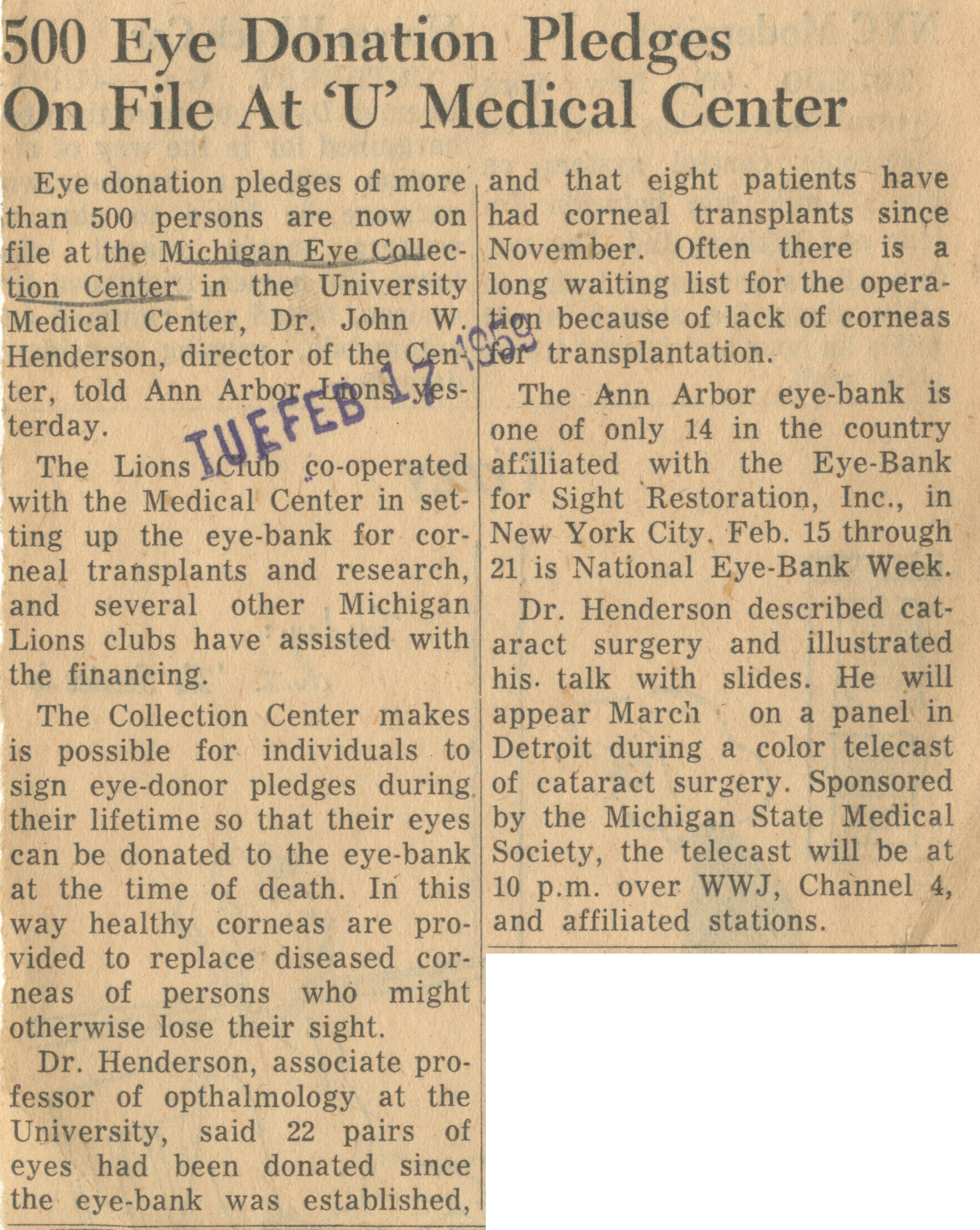 Robert V. Austin Tunes In On The Eye Bank Network With His Ham Radio, March 1964 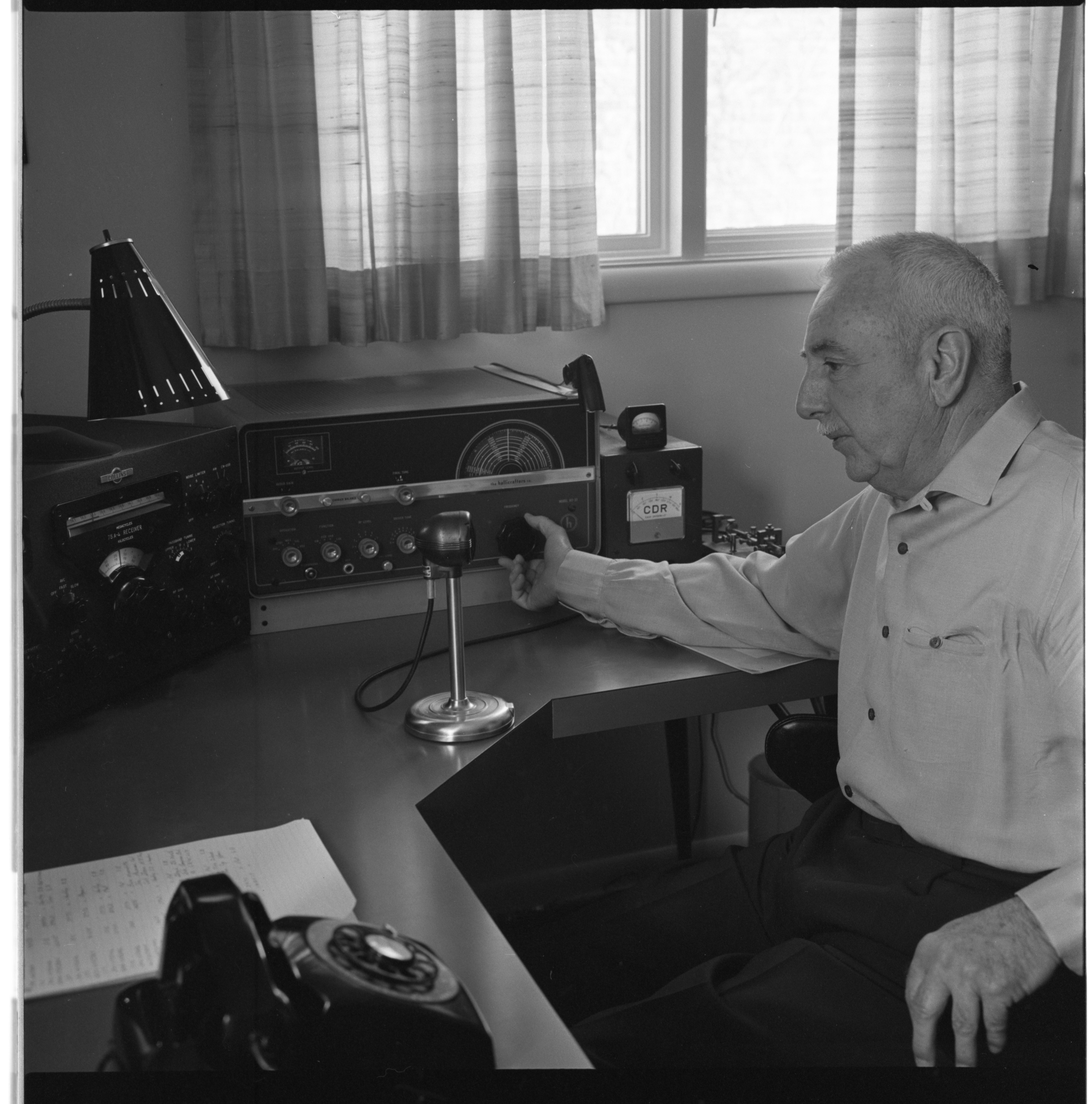 Published In
Ann Arbor News, April 1, 1964
Caption
RADIO WORKS FOR SIGHT: Robert V. Austin, 305 Wilton, tunes in on the Eye Bank Network, manned by about 50 ham radio operators in as many cities. The network aids in the rapid transfer of eyes from eye banks that have surpluses to hospitals in need of eyes for operations. The radio network makes it possible to transfer eyes from one city to another within a matter of hours. Time is the most important factor in many eye operations, some having to be made within 24 hours to have a chance for success. Austin, an Eye Bank Network operator for about two months, has already been instrumental in transferring a pair of eyes from the Michigan Eye Collection Center at University Hospital to Omaha.
Copyright
Copyright Protected