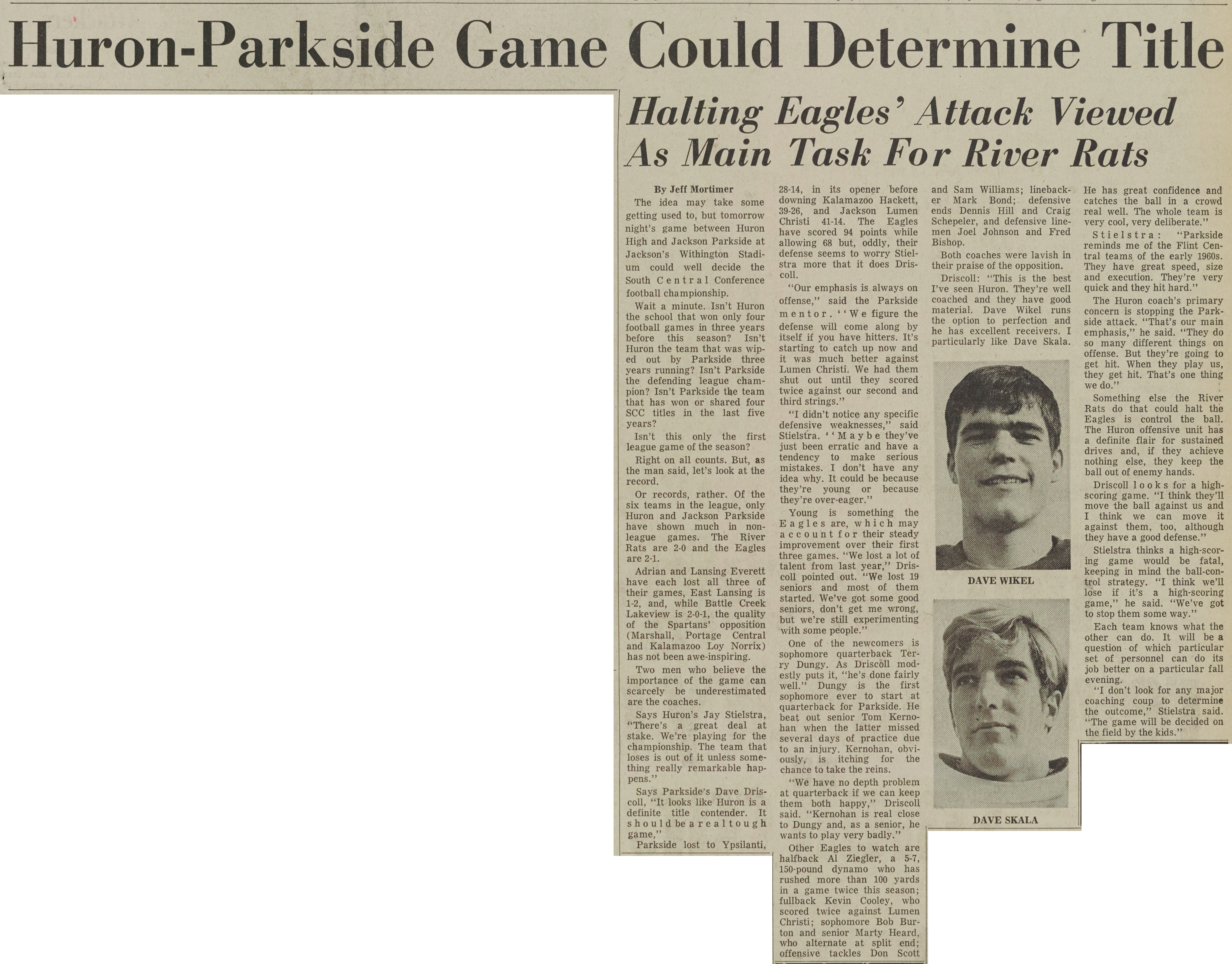 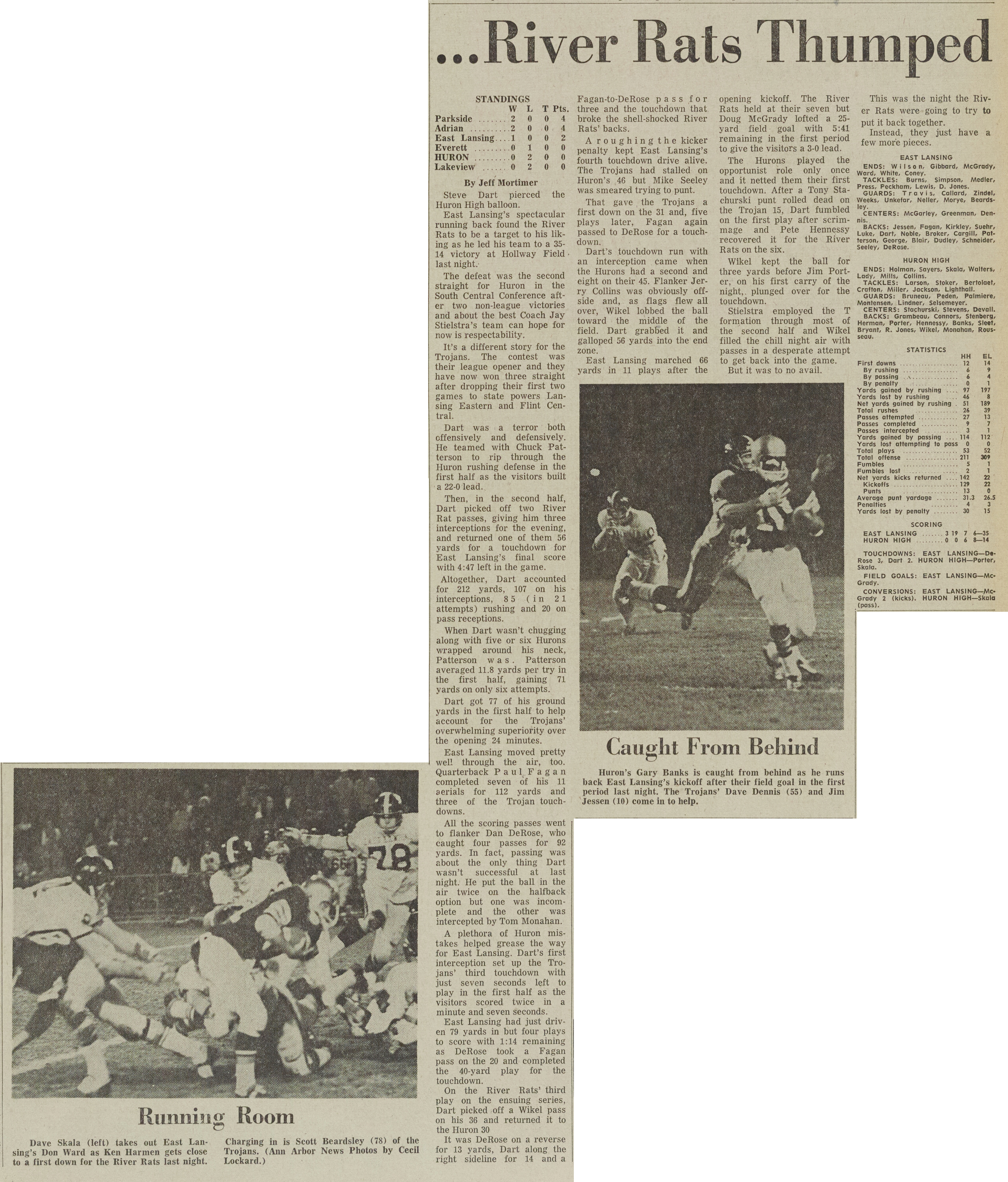 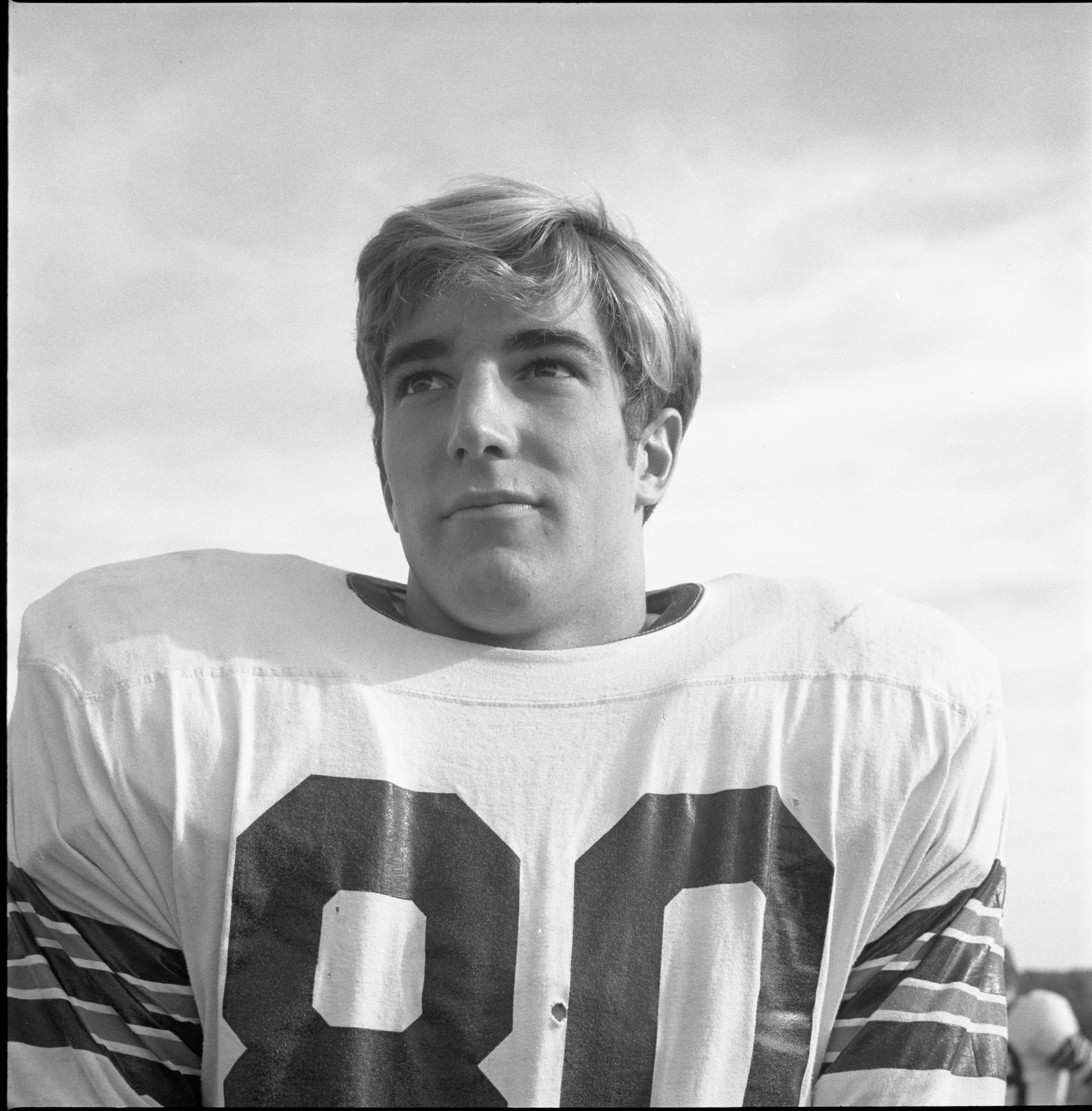 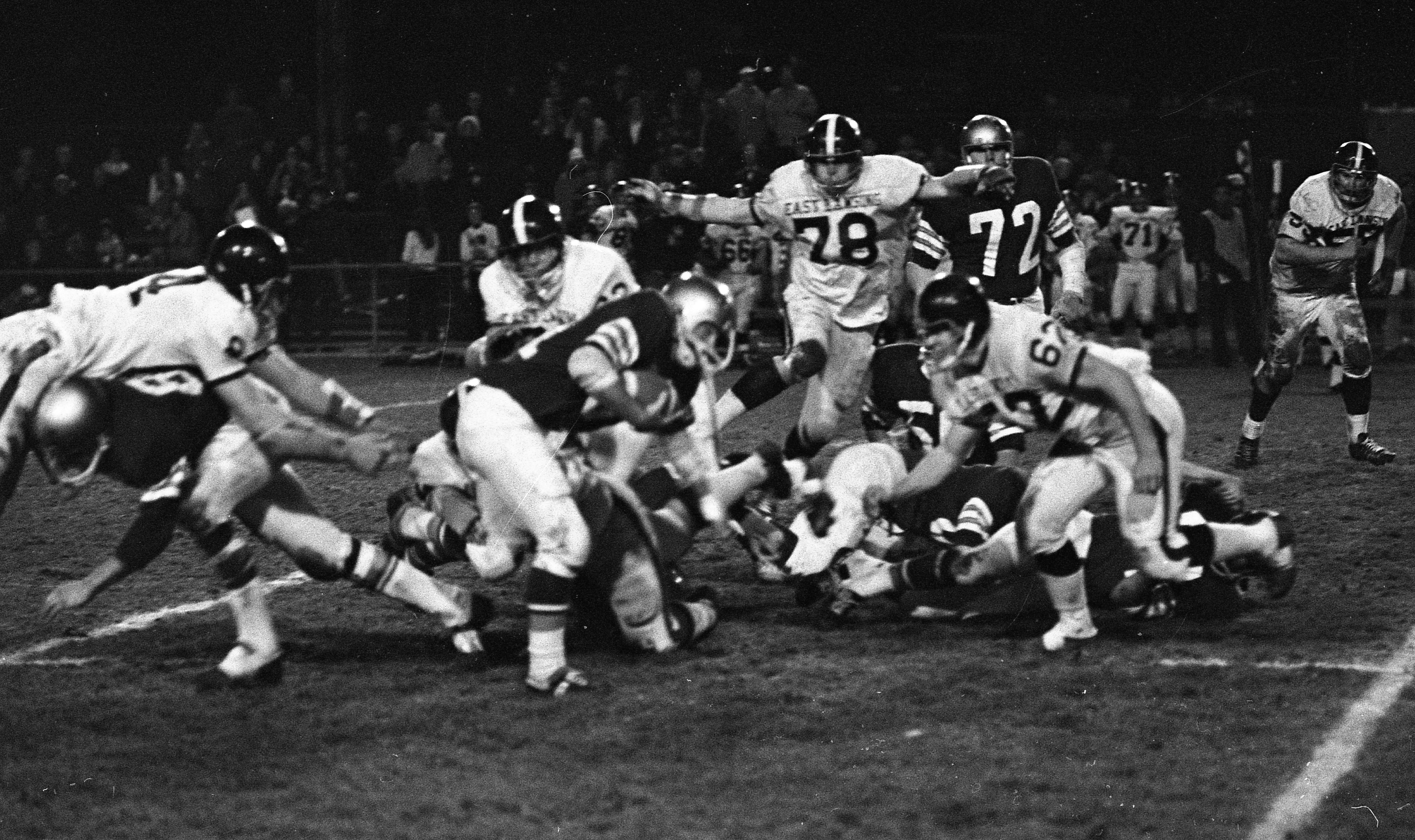 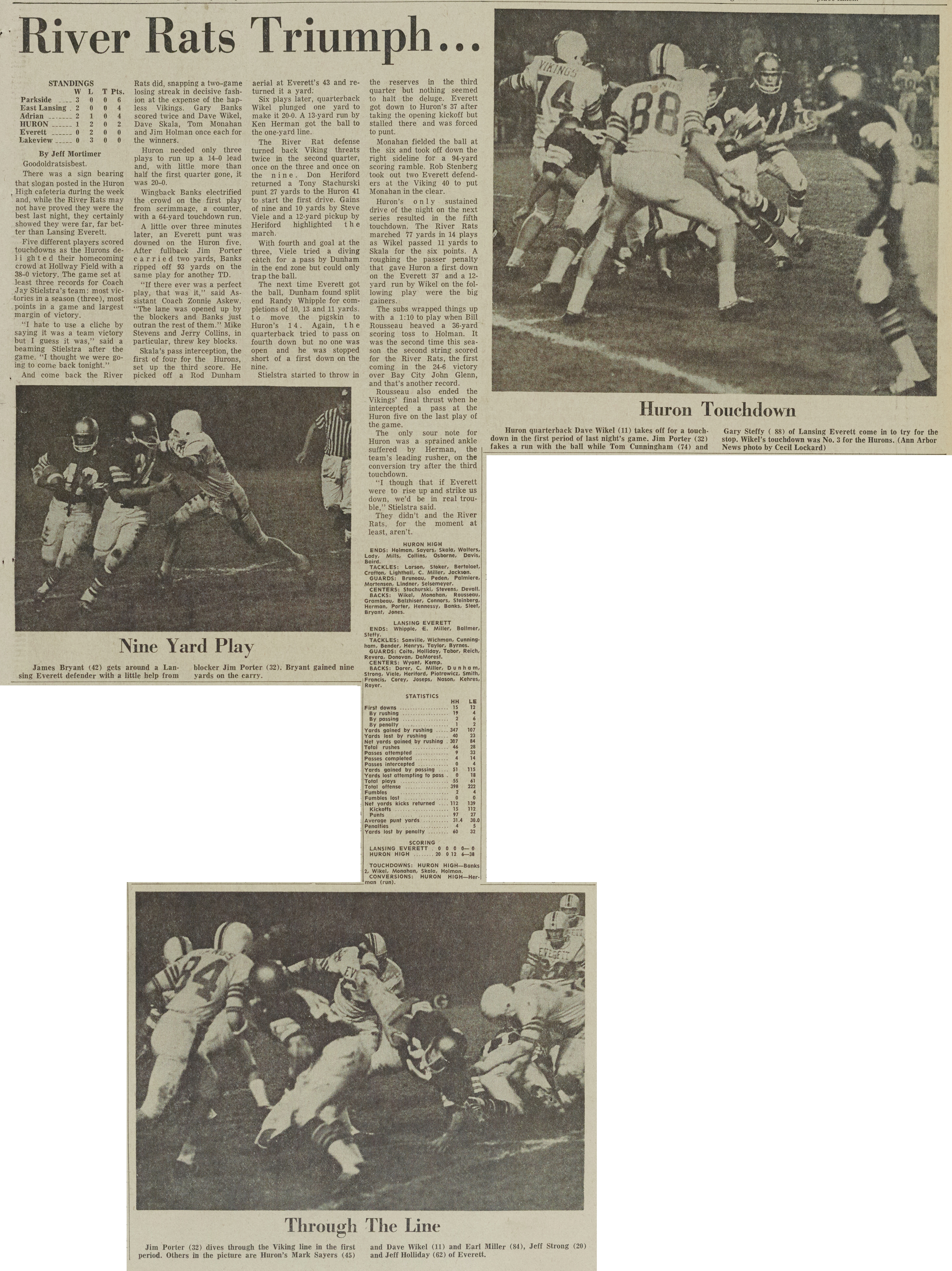 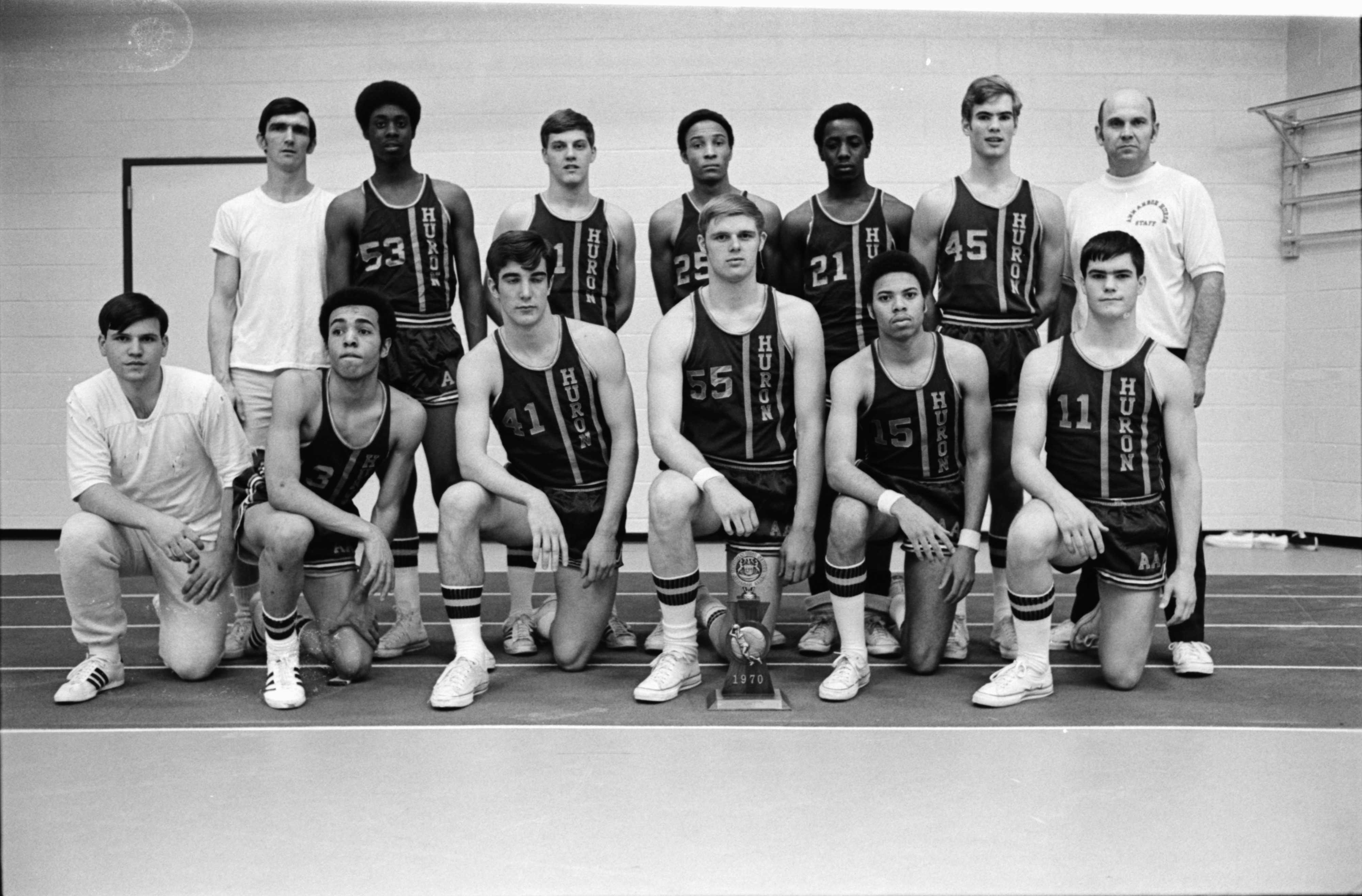 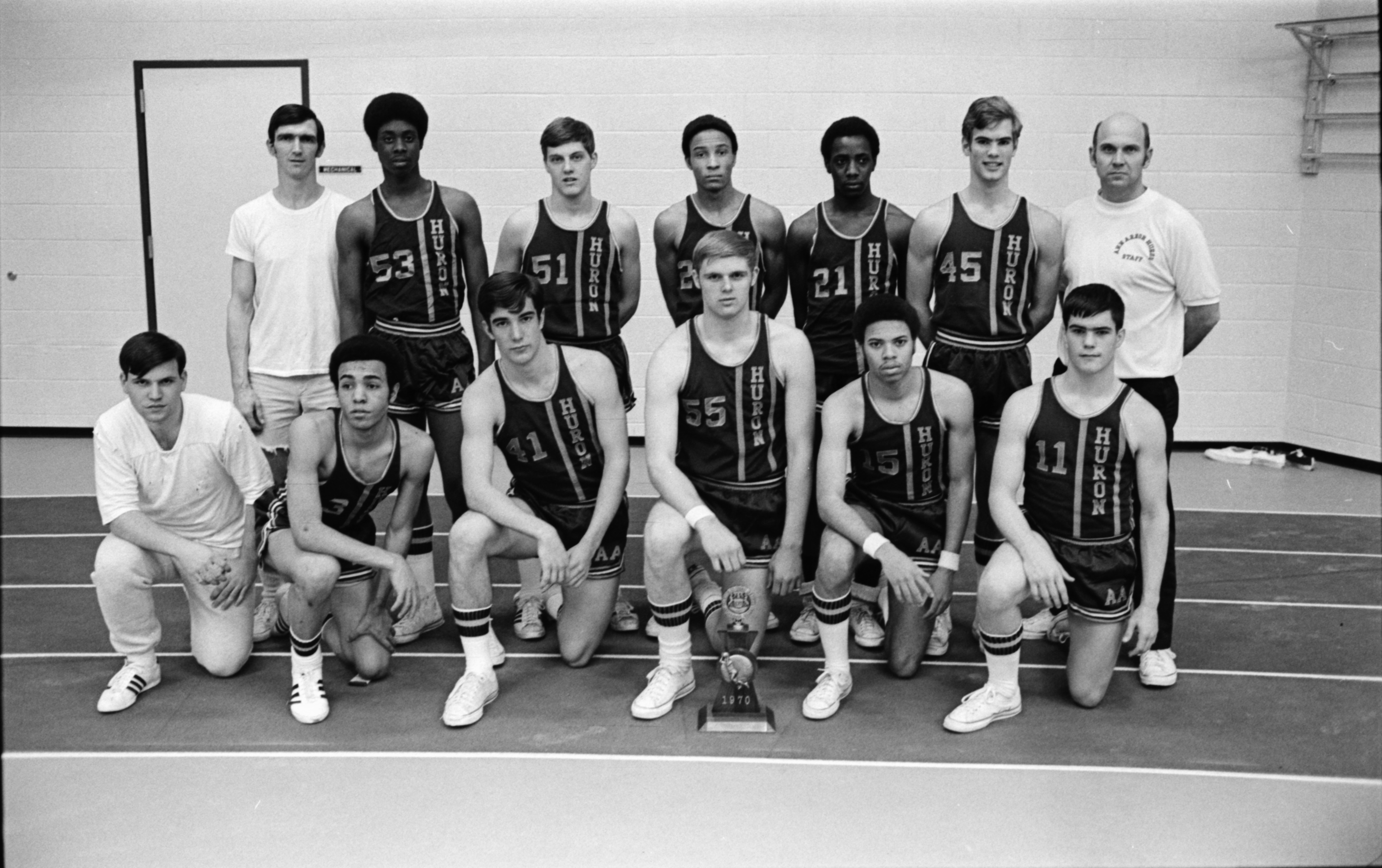 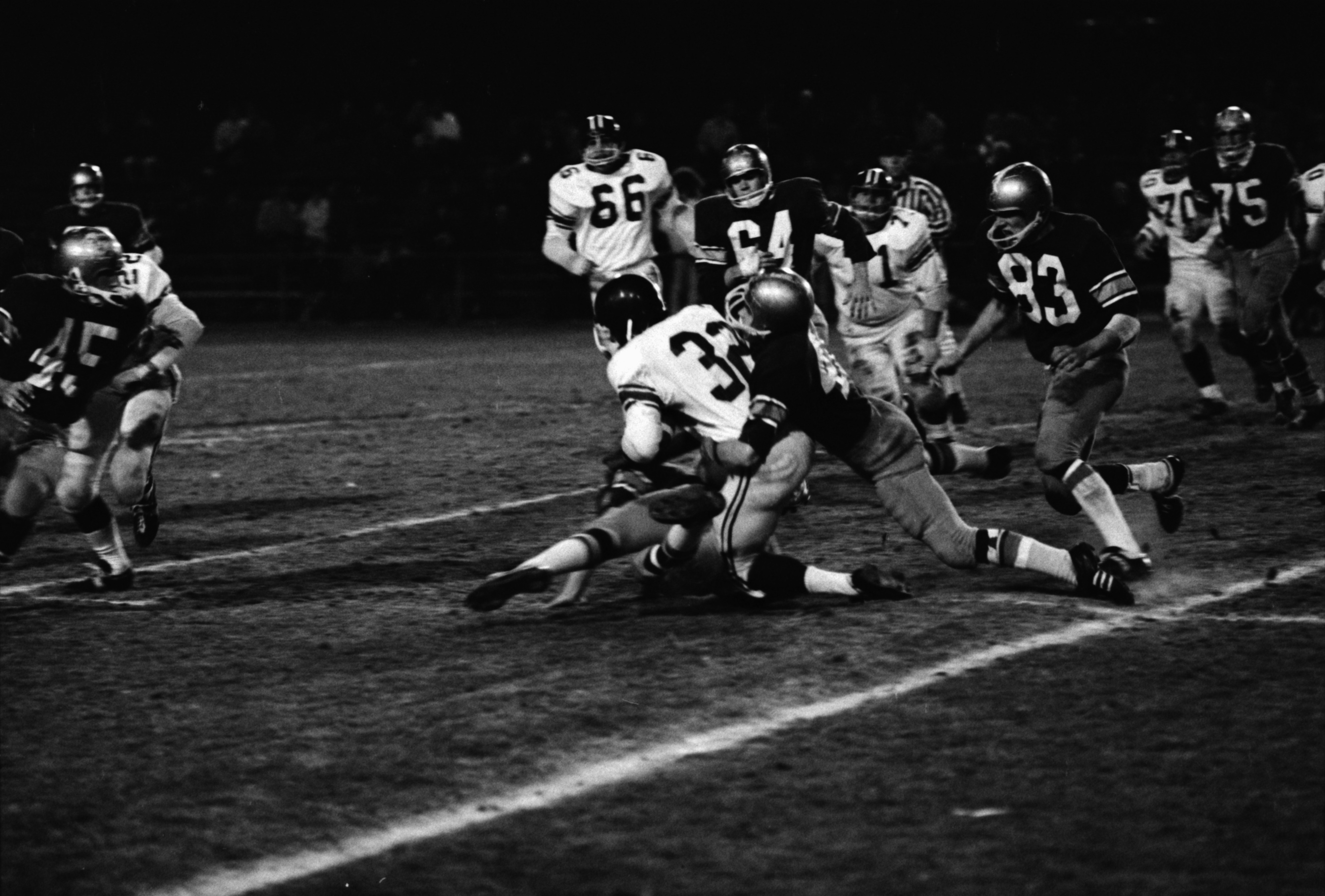 Published In
Ann Arbor News, October 25, 1969
Caption
C-r-r-unch! Greg Grambeau, Huron defender, wrestles Lakeview's Ernest English to the turf in third-quarter action. English is about to tumble over the partially oobscured body of Bart Packard, who seemed to get into everything last night. Packard intercepted a pass and recovered a fumble to set up Huron scores. Gary Pratt (64) and Dave Skala (83) move in to apply the finishing touches. An unidentified player has made a downfield block.
Copyright
Copyright Protected 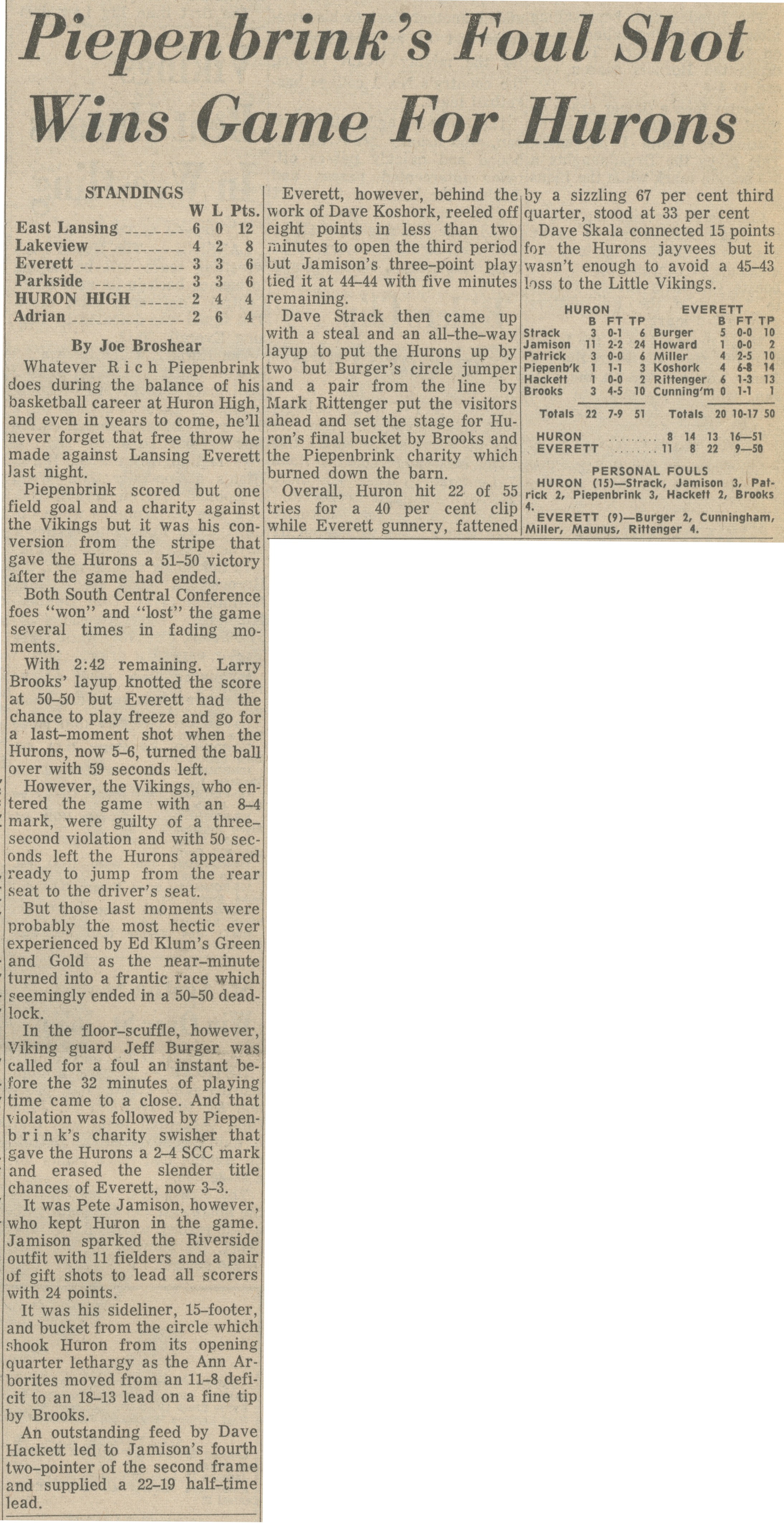