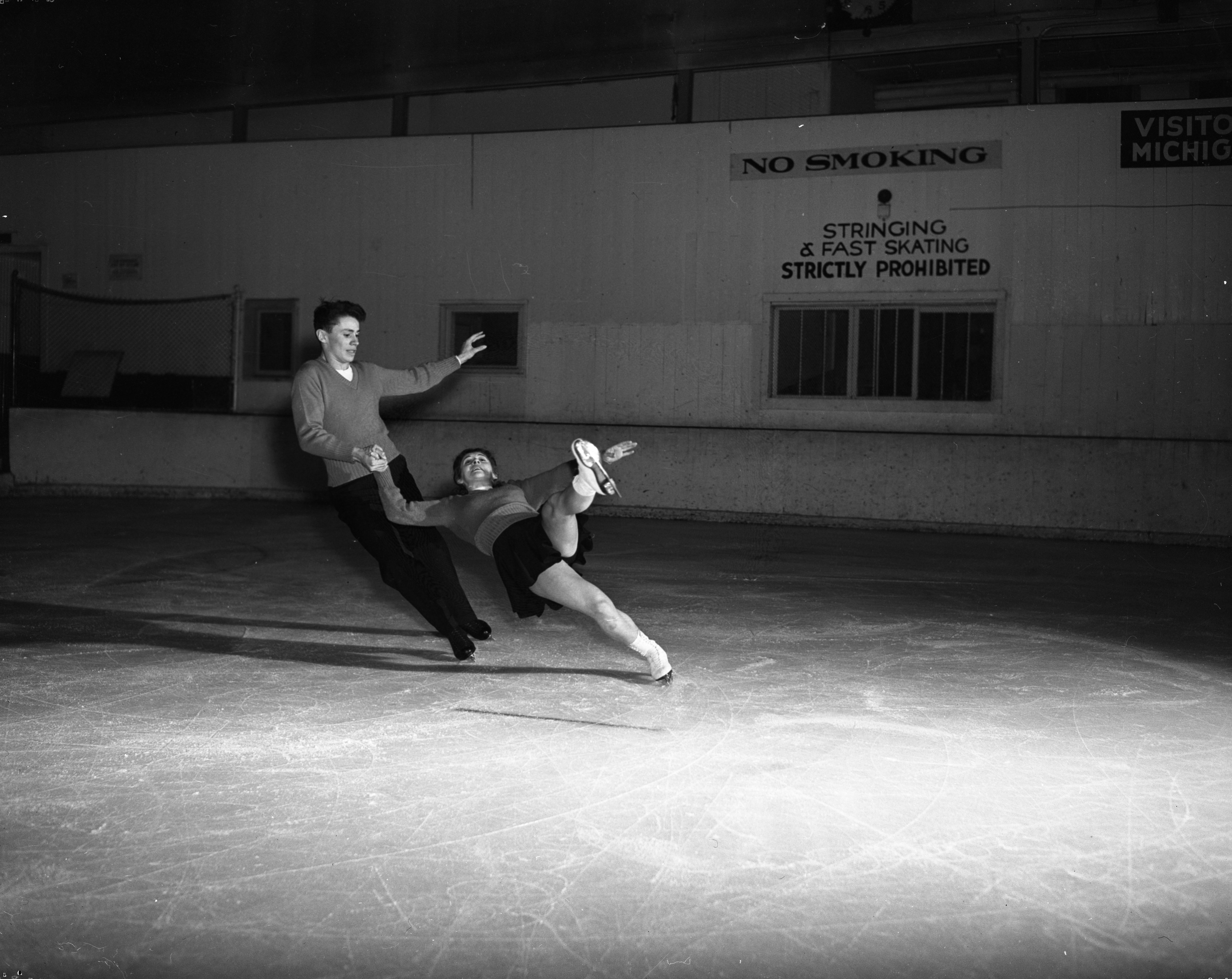 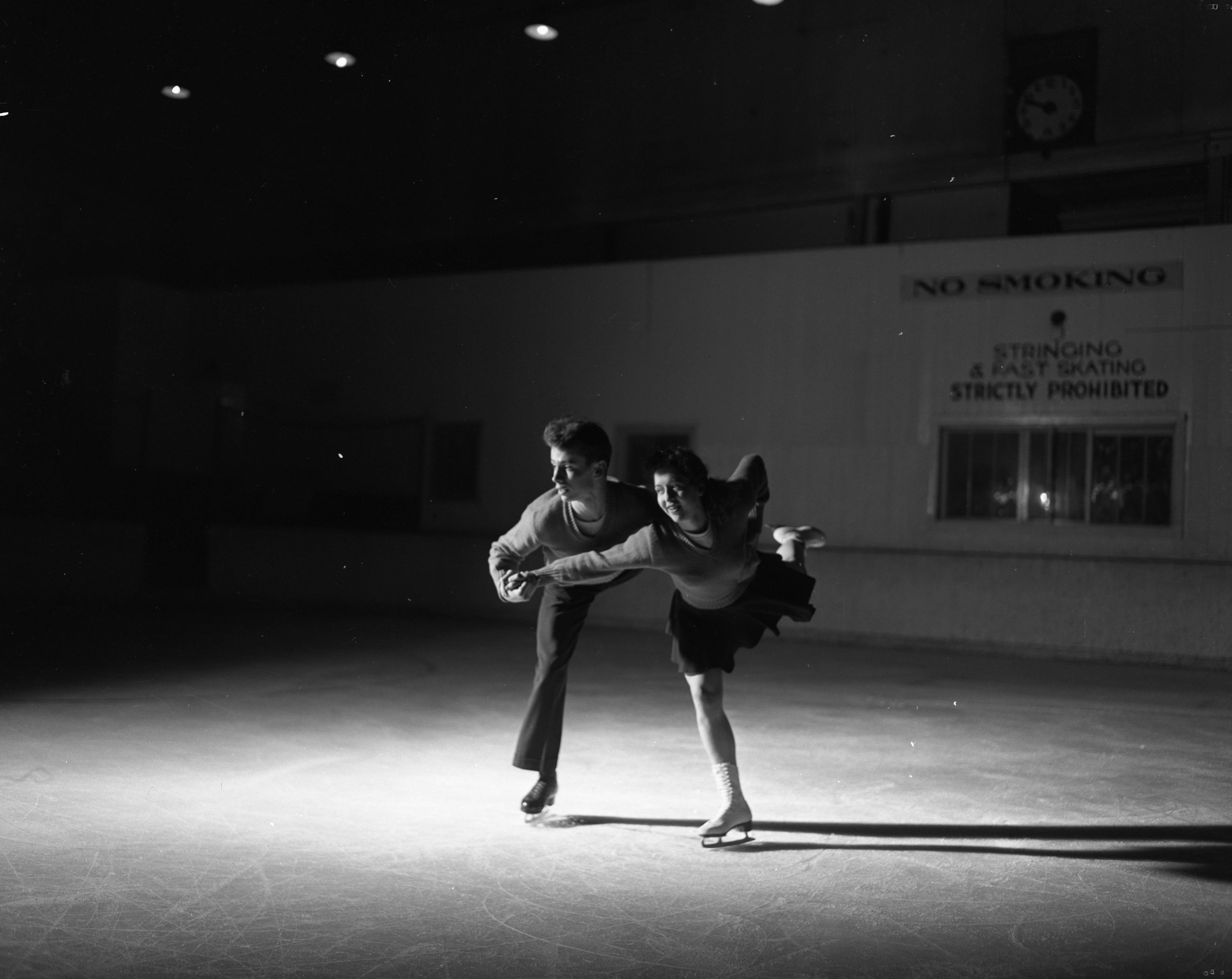 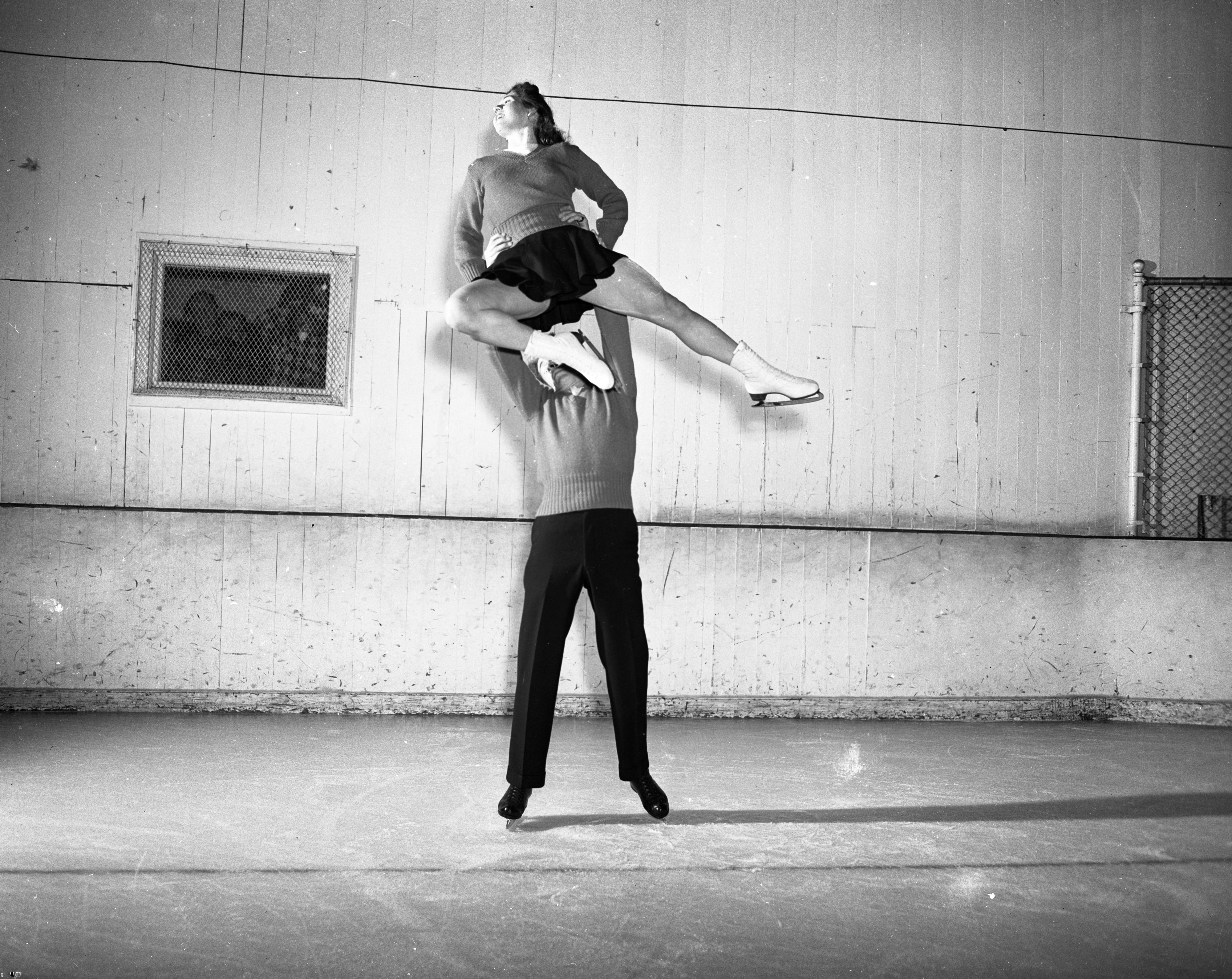 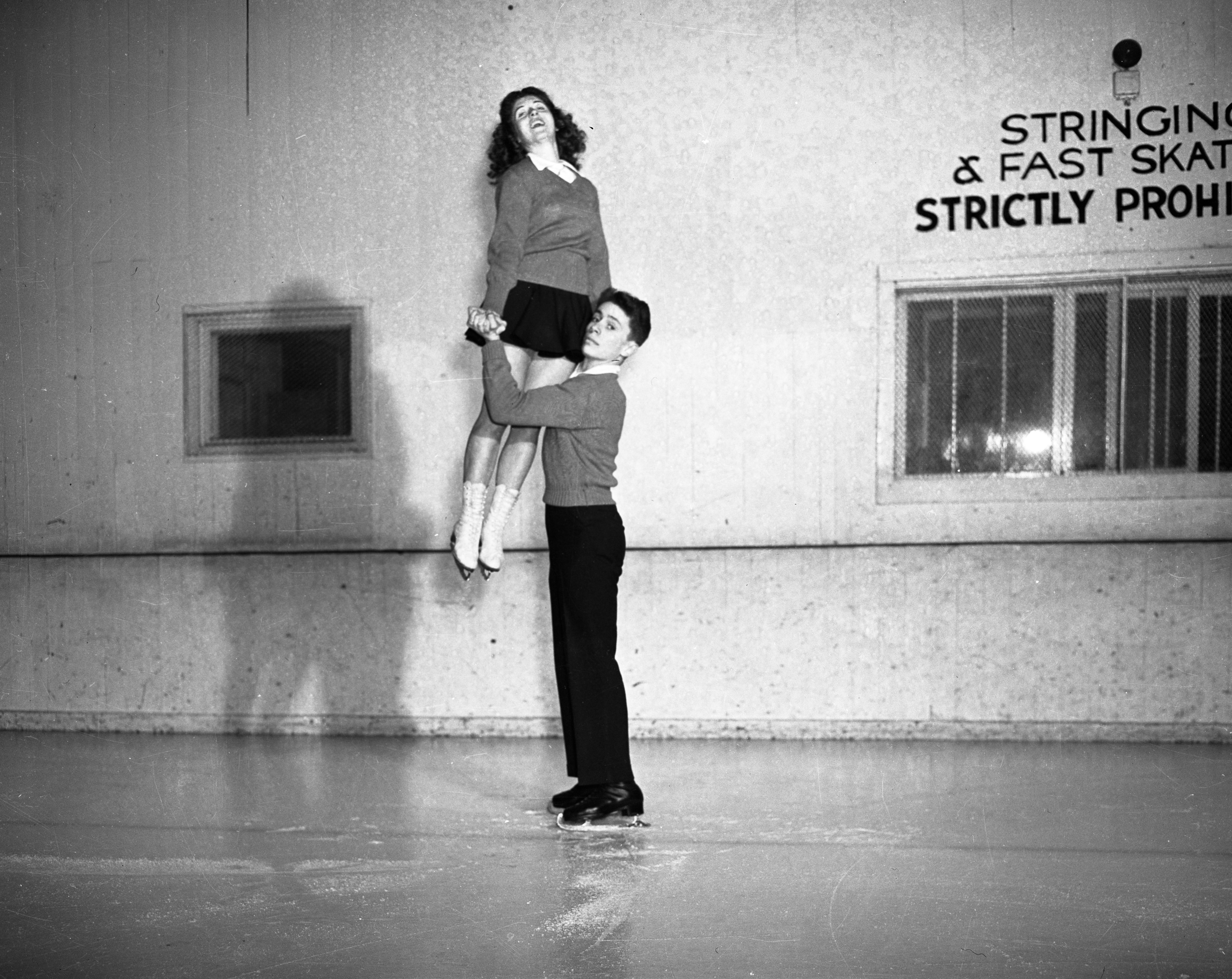 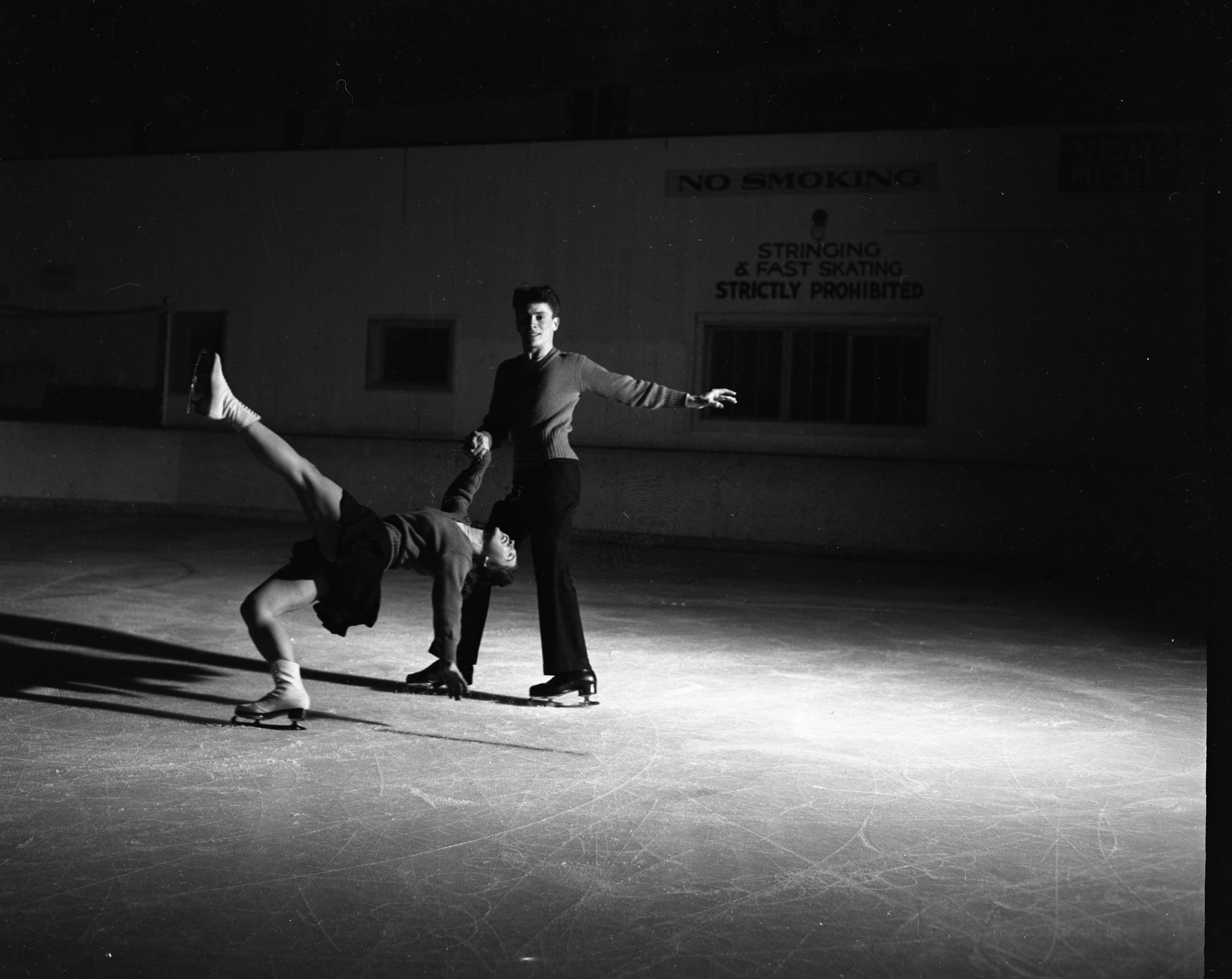 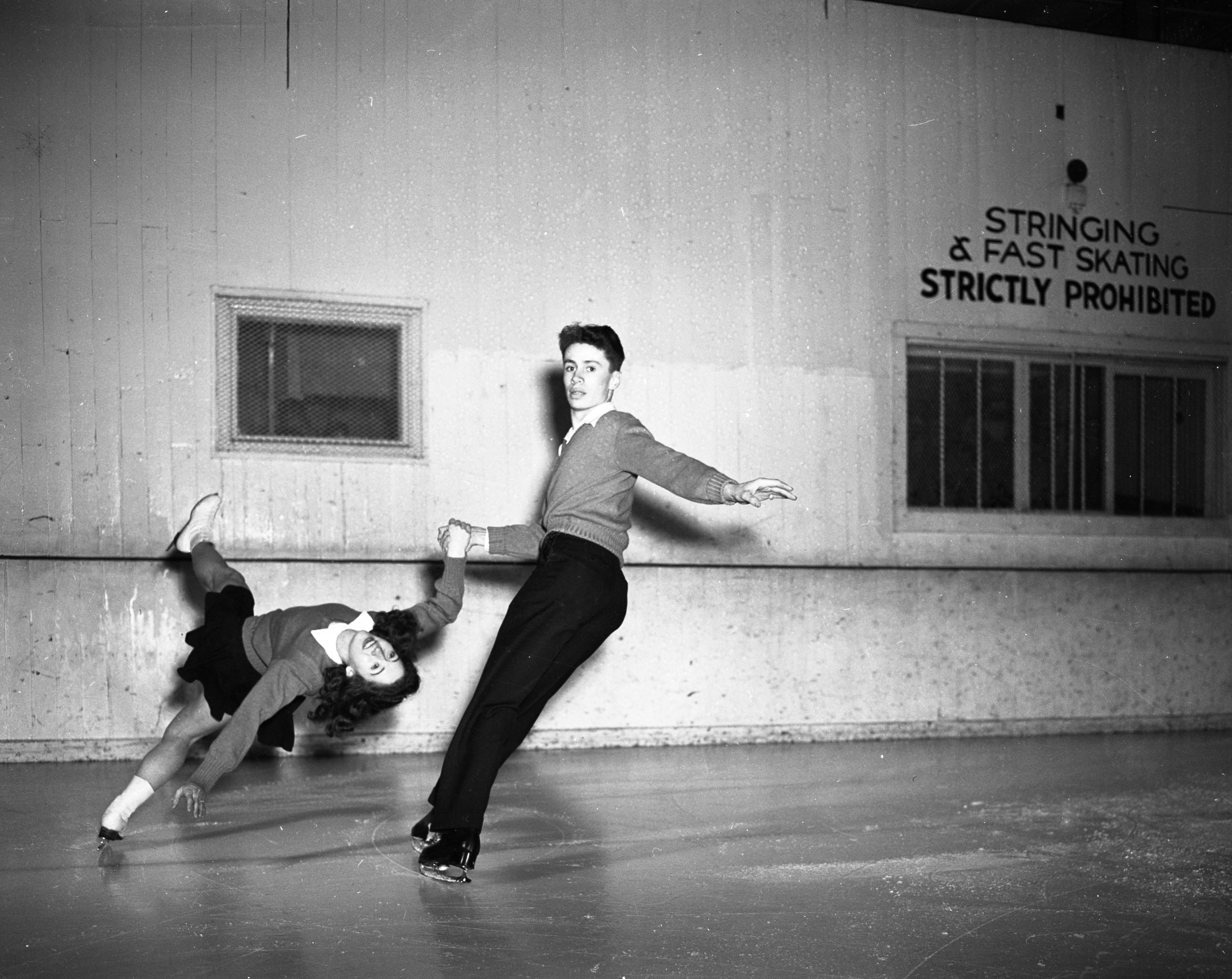 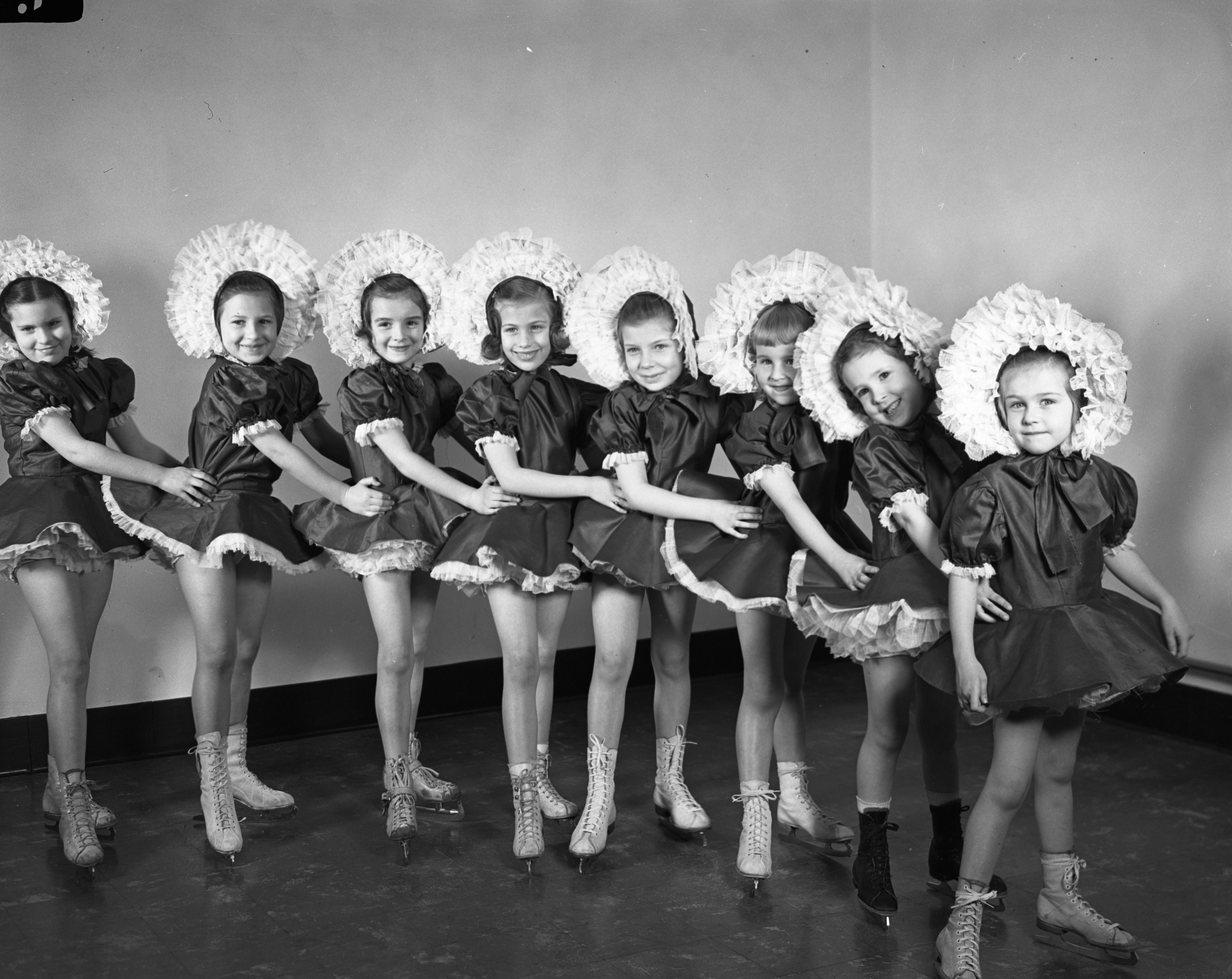 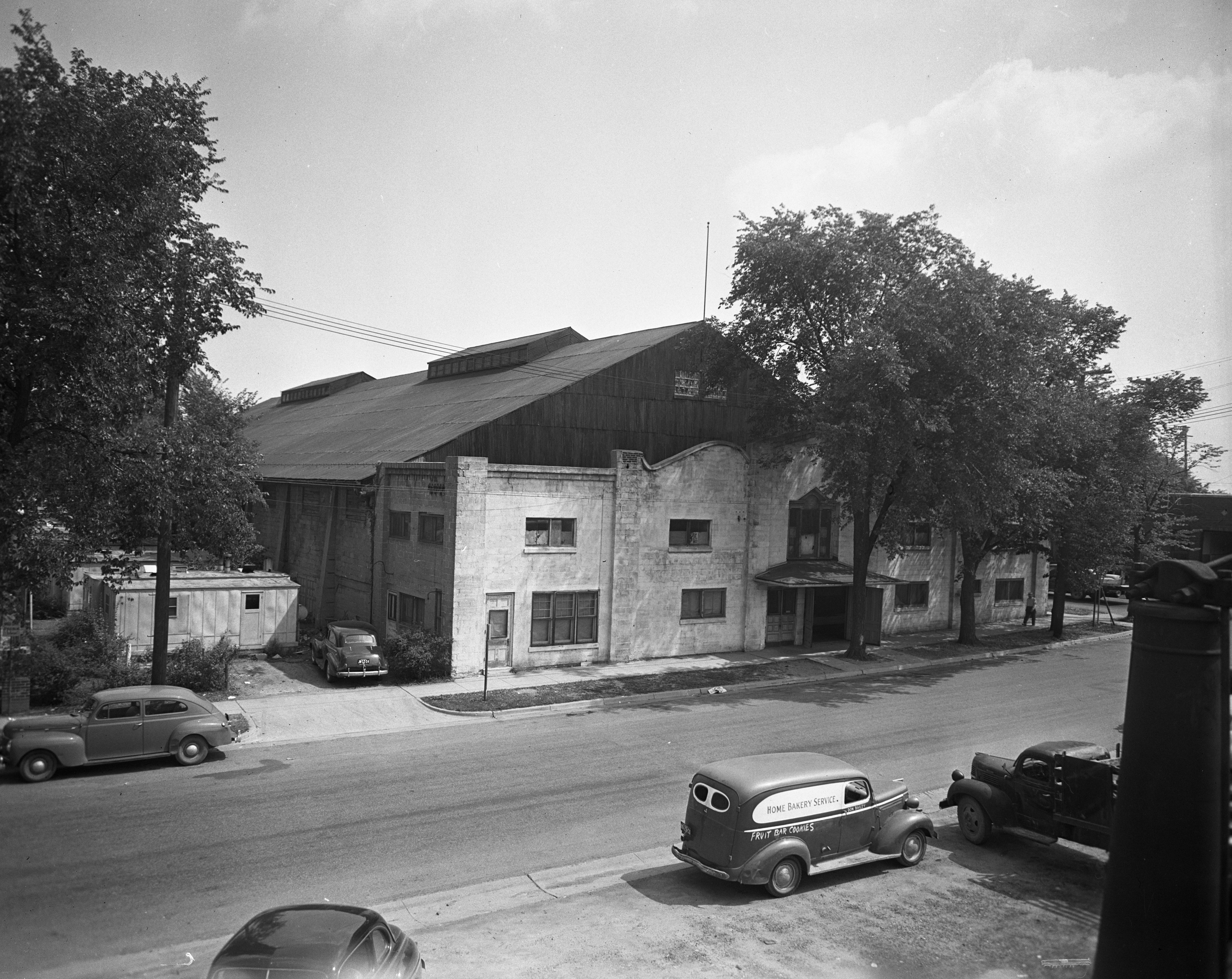 University of Michigan's "Veterans Village" on Hill St. and Fifth Avenue, just north and east of the Coliseum, October 1946 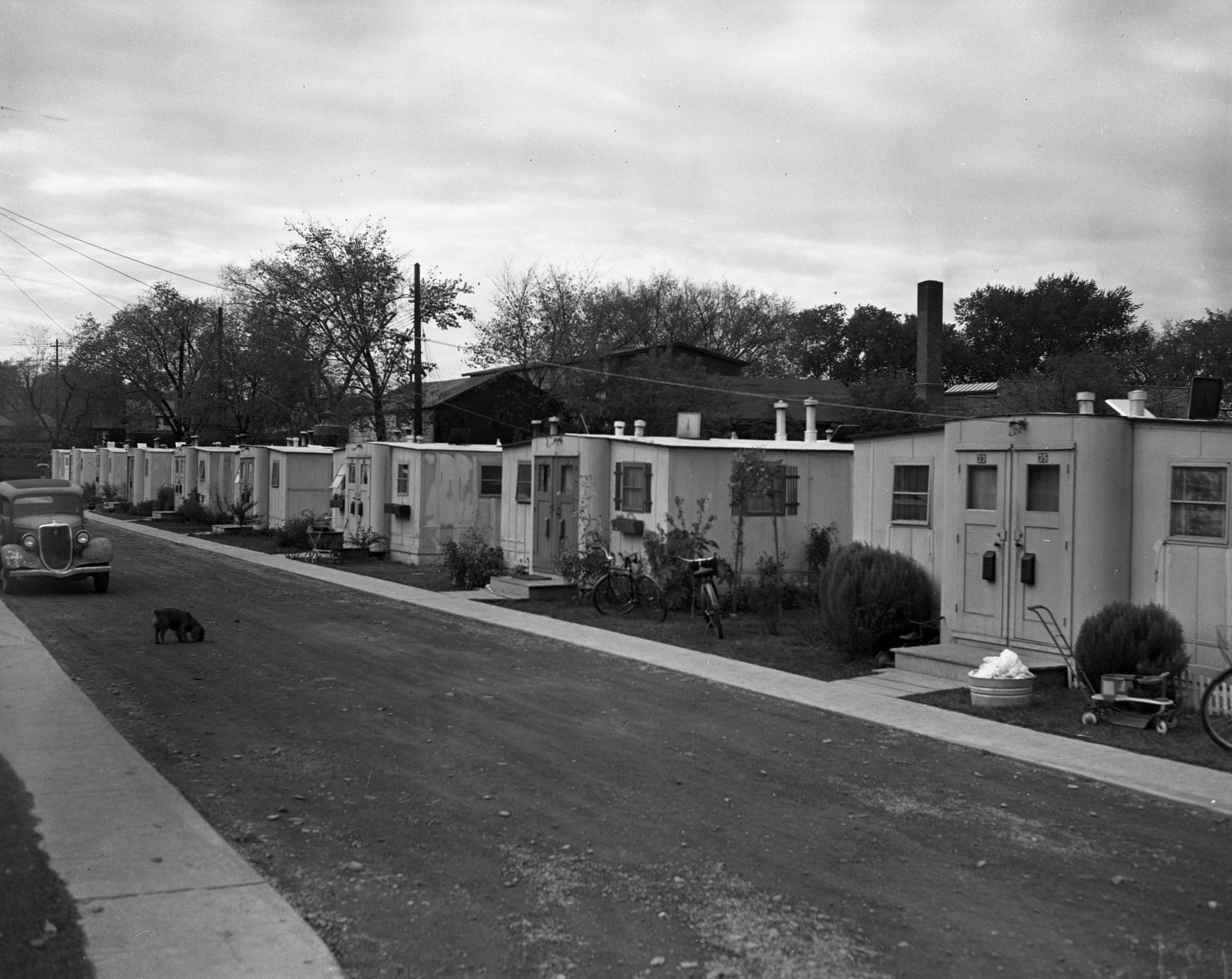 Several dwelling units in the University of Michigan's Veterans Village near the Coliseum, August 1949 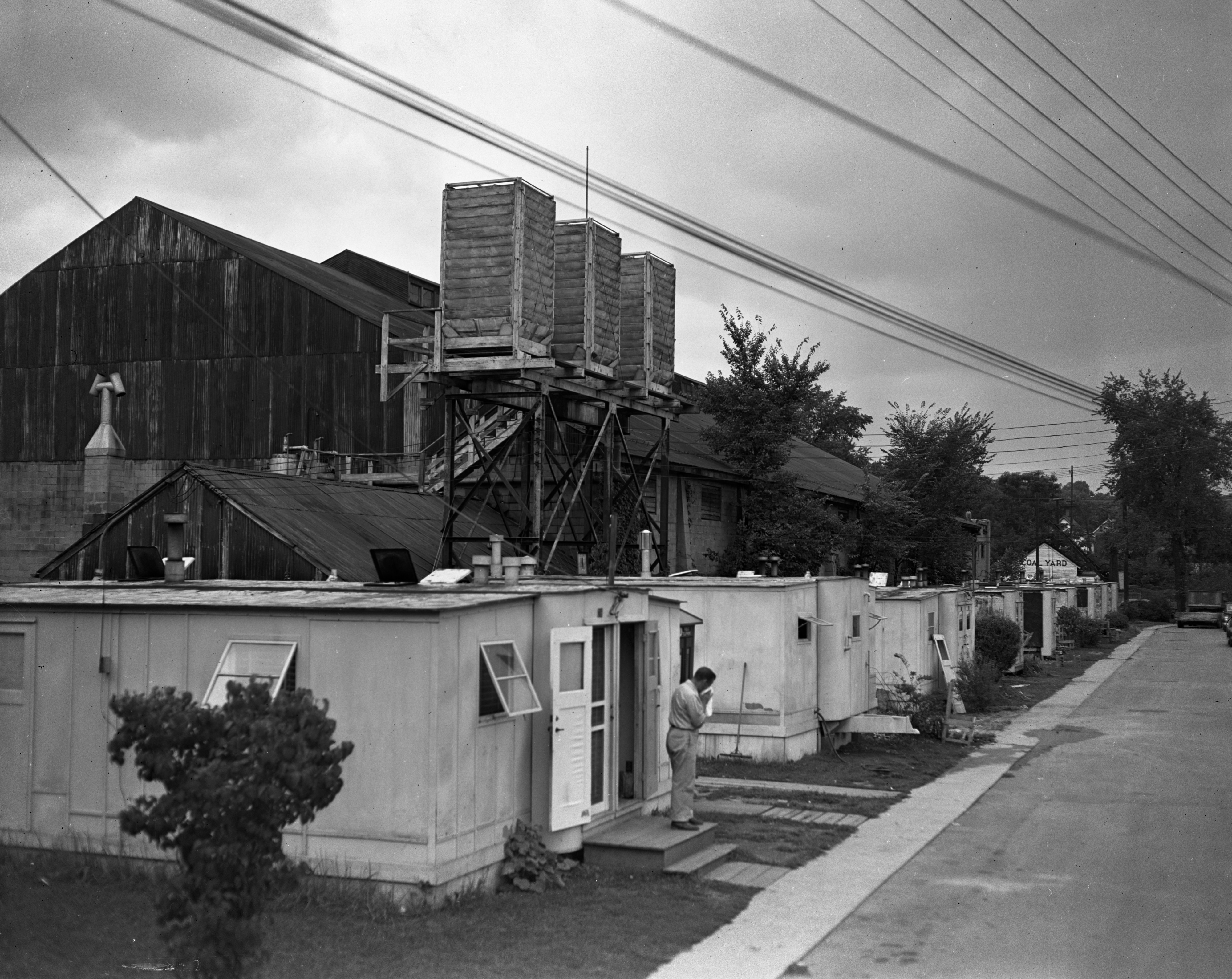 Published In
Ann Arbor News, August 30, 1949
Caption
Seven of these "collapsible" dwelling units, wartime landmarks of Veterans Village, emergency housing project near the University's Coliseum, are slated for removal to make room for planned additions to the Coliseum. Professional wreckers will take over the salvaging of furnishings and materials from the dwellings. Occupants already have moved to quarters either outside the project or in other units which will not be disturbed by the addition to the University building, which houses the U-M ice-skating rink.
Copyright
Copyright Protected
Subscribe to Weinberg&#039;s Coliseum