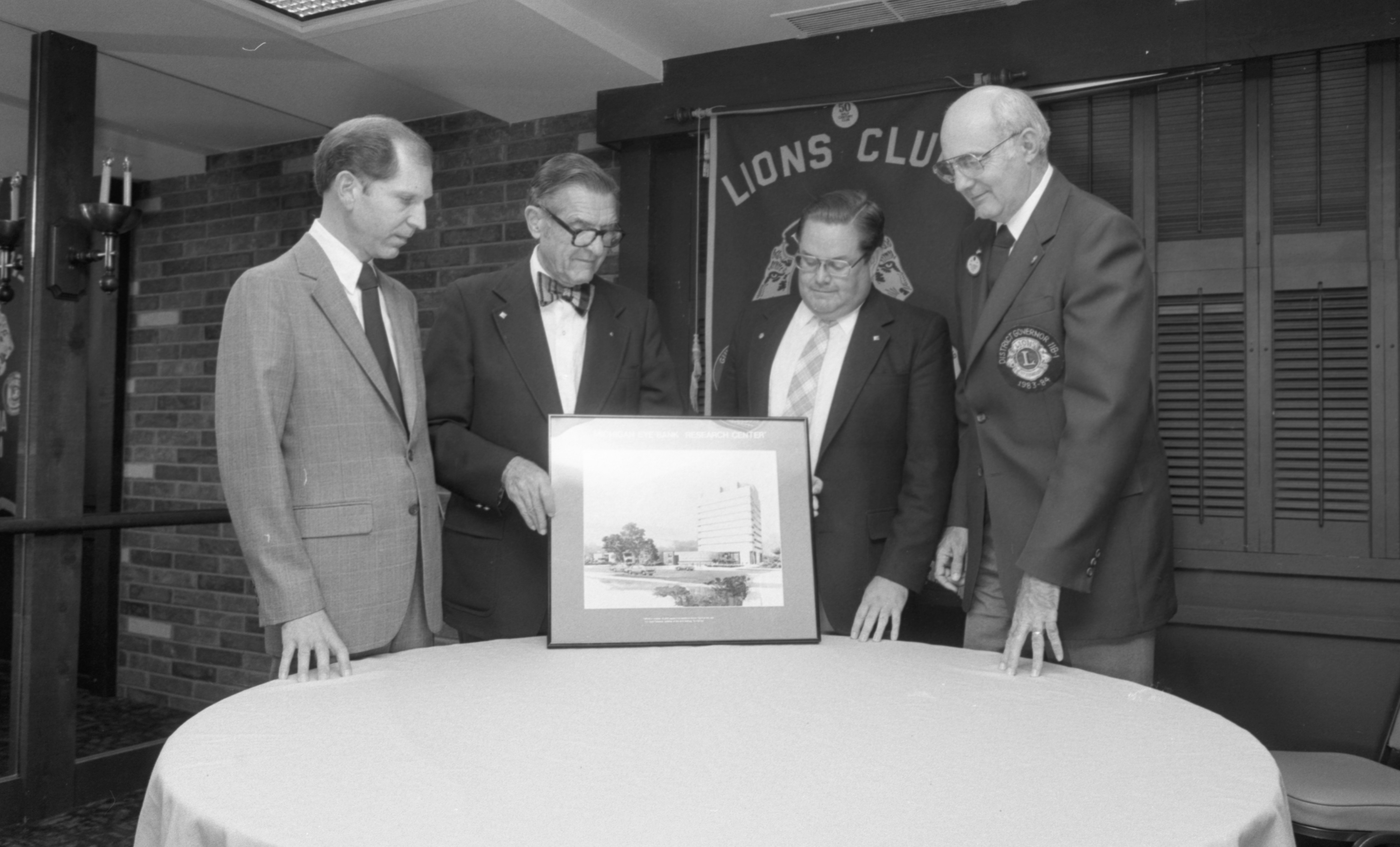 Published In
Ann Arbor News, October 10, 1983
Caption
THE EYES HAVE IT - Richard Fuller (left), John Henderson, Douglas Kayner and Paul Frederick look over a drawing of the University of Michigan's W. K. Kellogg Eye Center to mark the gift of $50,000 from the Ann Arbor Host Lions Club to the Michigan Eye-Bank campaign. Kayner, president of the club, presented the money to Henderson, honorary chairman of the Eye-Bank's Research Center campaign. The Eye-Bank Research Center will be part of the new Kellogg Eye Center, which is under construction on Wall Street. The Eye-Bank is raising $2 million of the total $12 million cost of the center.
Copyright
Copyright Protected 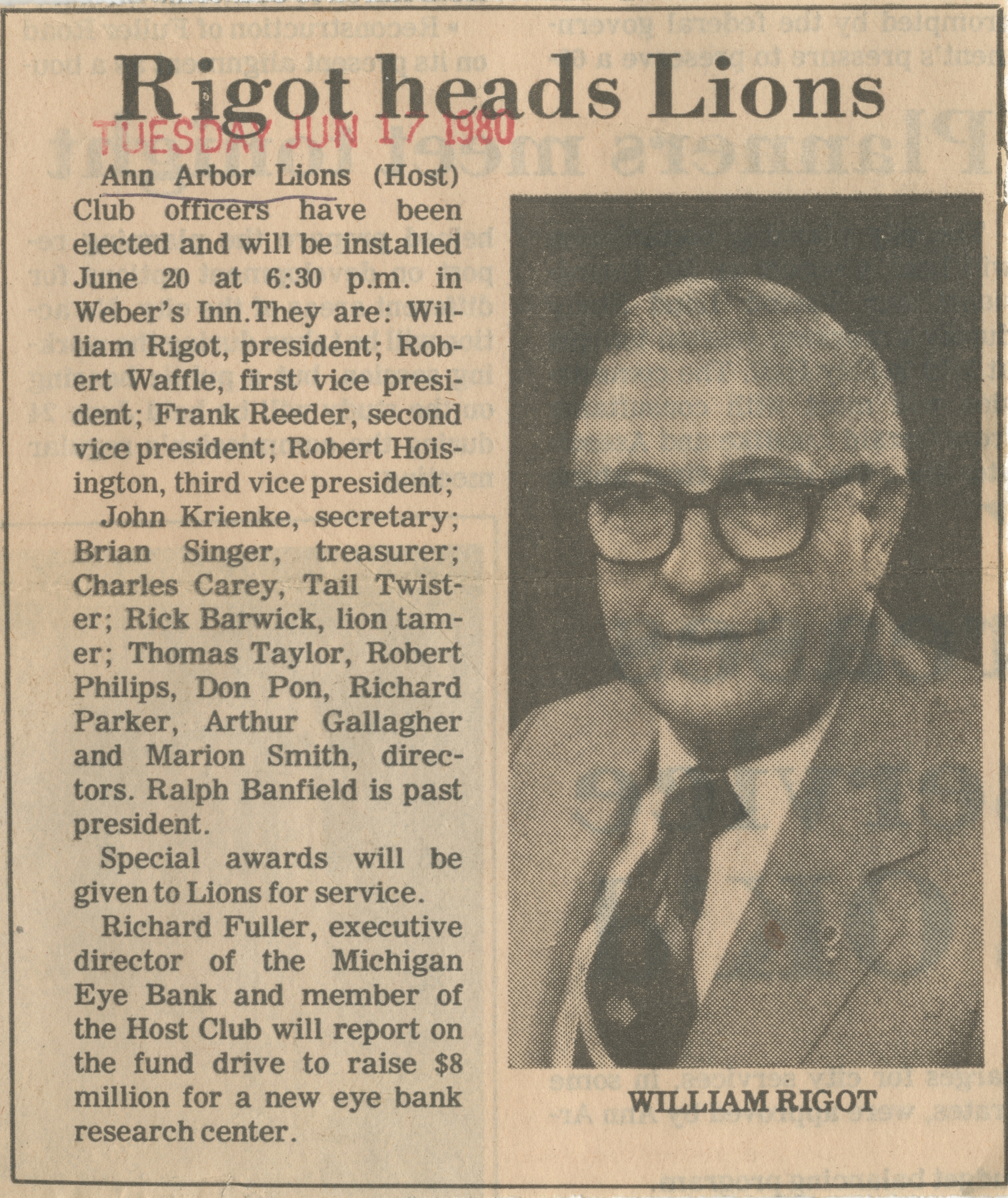 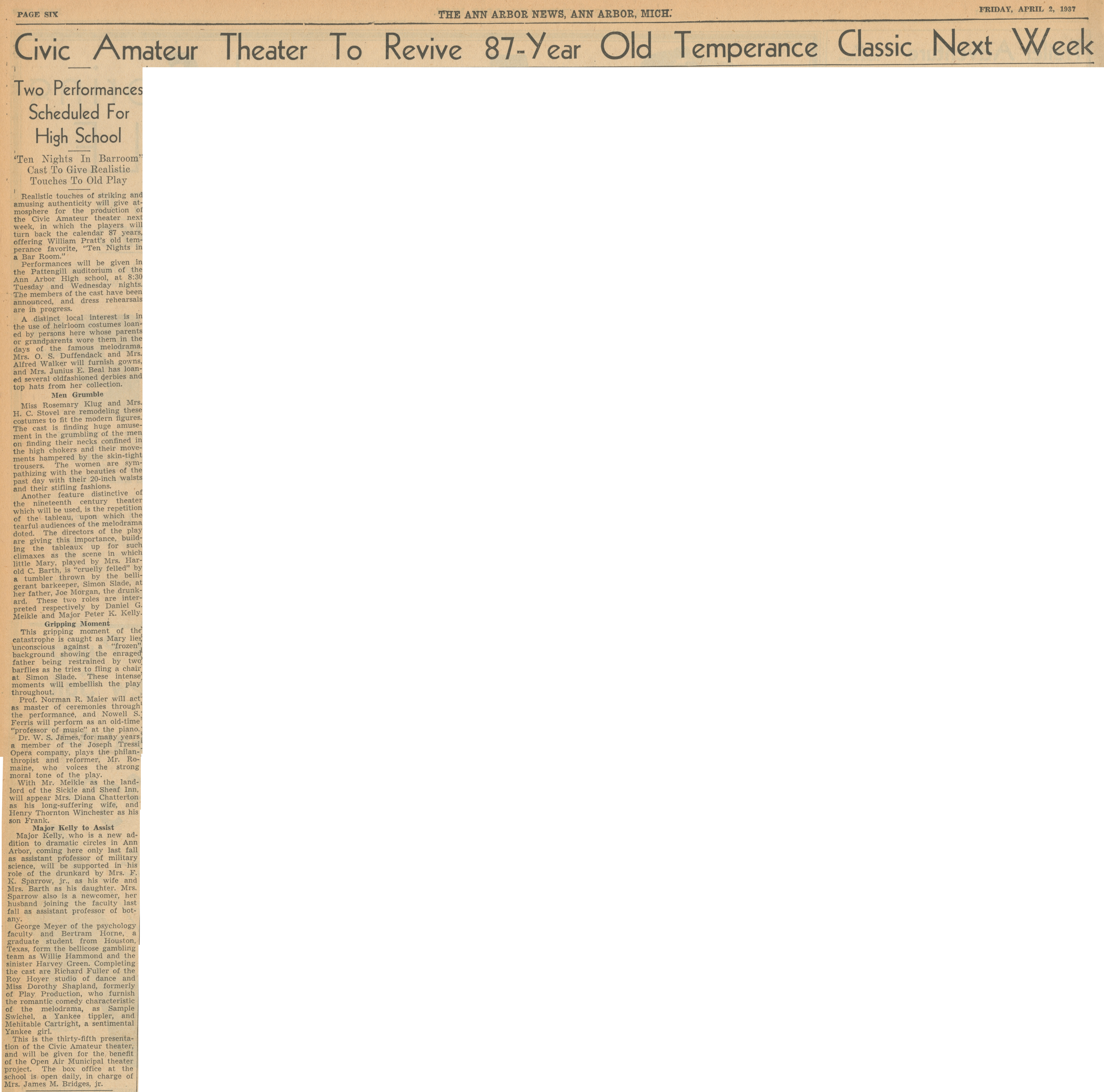 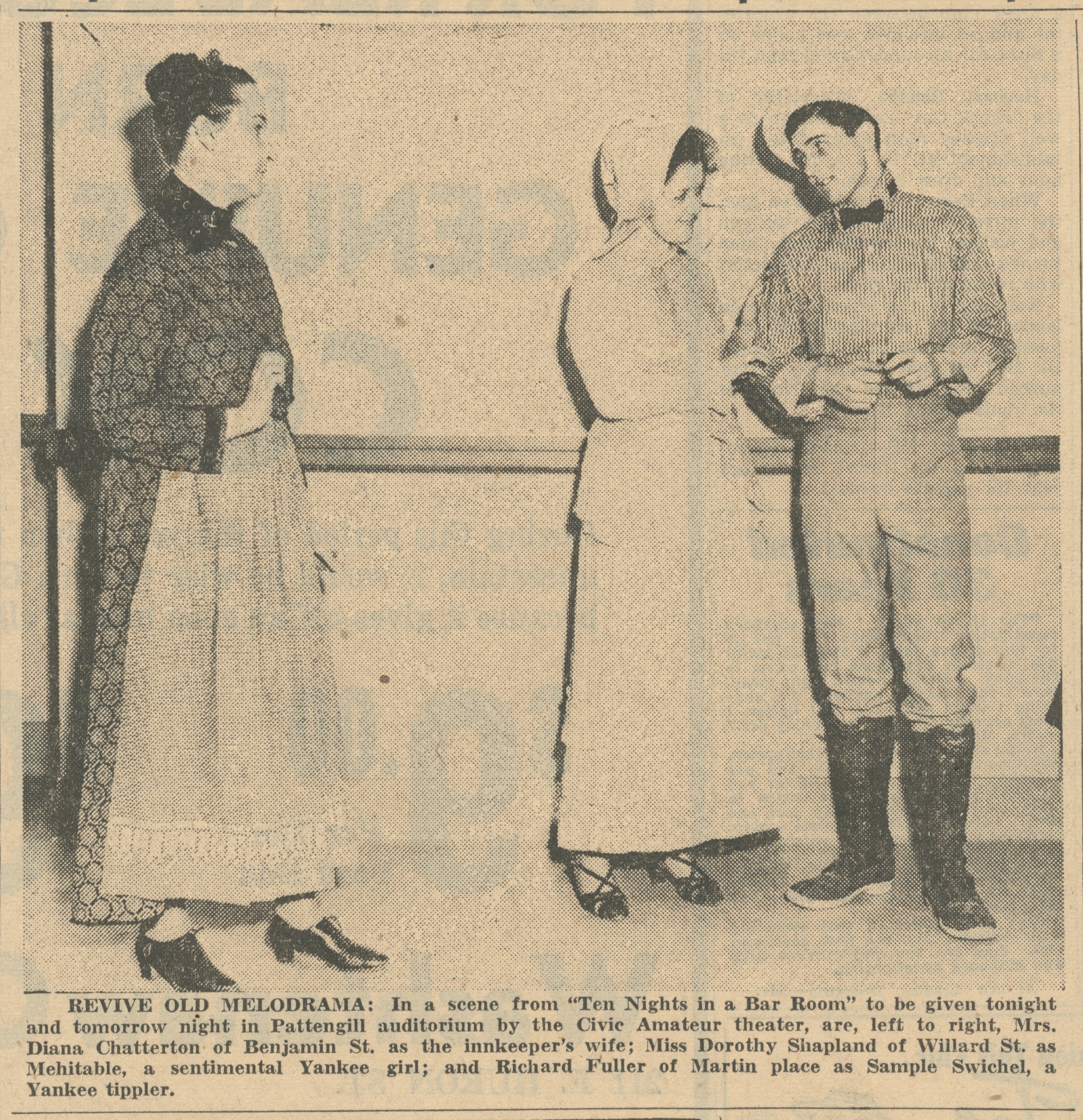 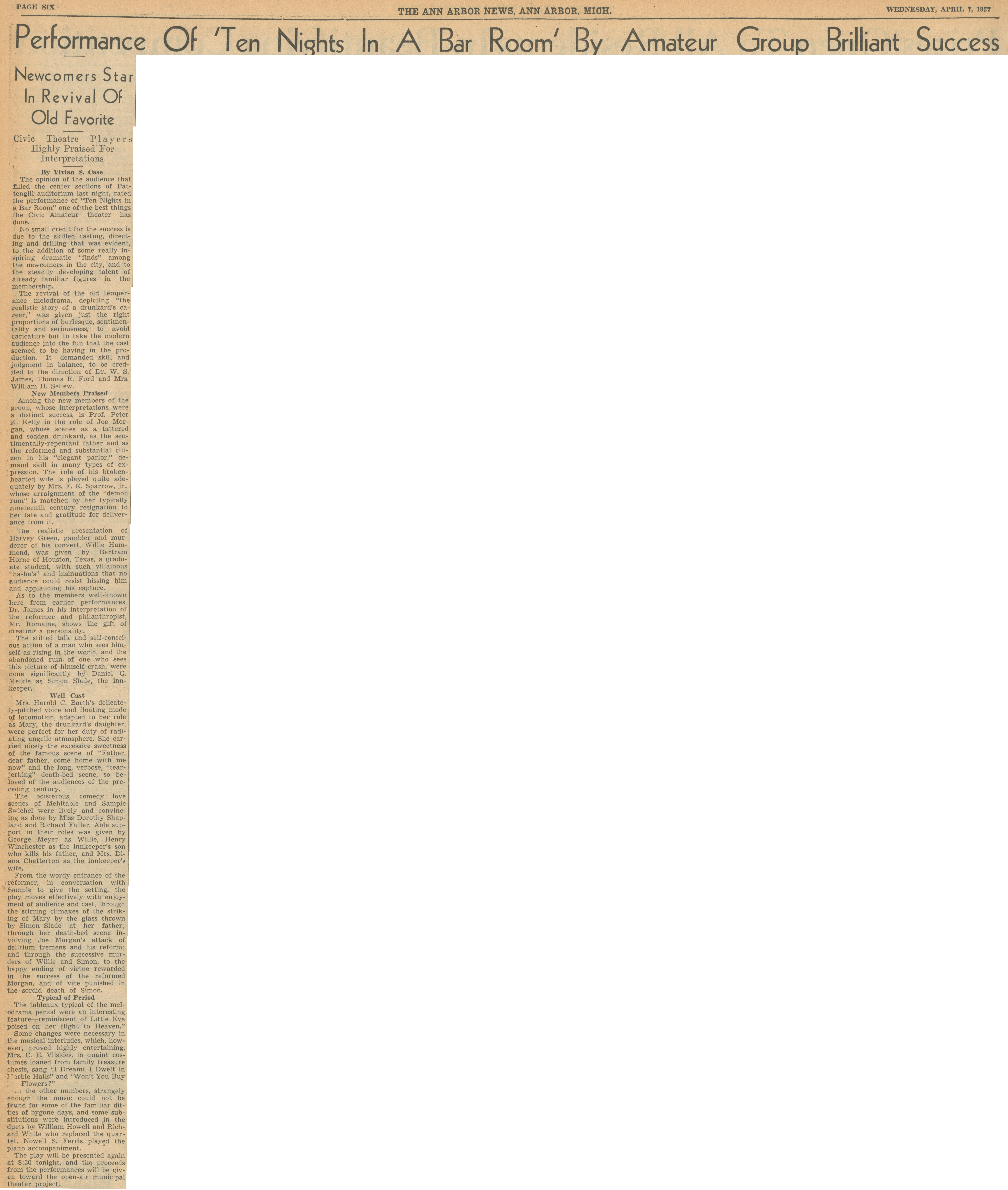