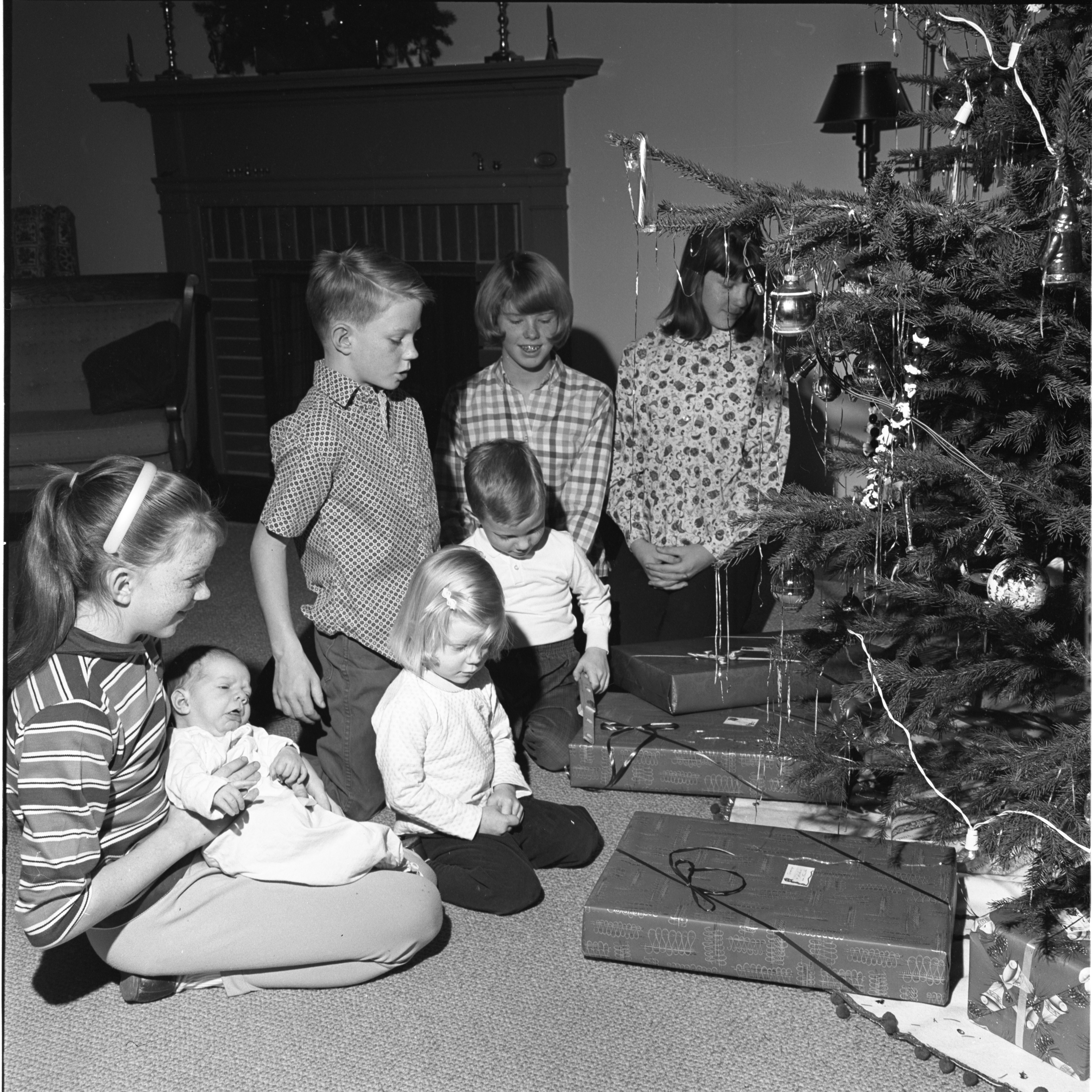 Published In
Ann Arbor News, December 24, 1964
Caption
The seven children in the William E. Scollard household depict the happiness of anticipation on Christmas Eve. Around the tree in their home at 1900 Ivywood are (from left) Chris, 11, holding Jack, 3 weeks; Bill, 9; Pat, 13; Robin, 12; and (closer to tree) Joanne, 3, and Jim, 4. With Santa yet to arrive, gifts were piled under the tree, whose glitter was another center of attraction for the youngsters. The scene is being duplicated in thousands of area homes where final preparations are adding to the excitement. Churches will draw many as part of the observance.
Copyright
Copyright Protected 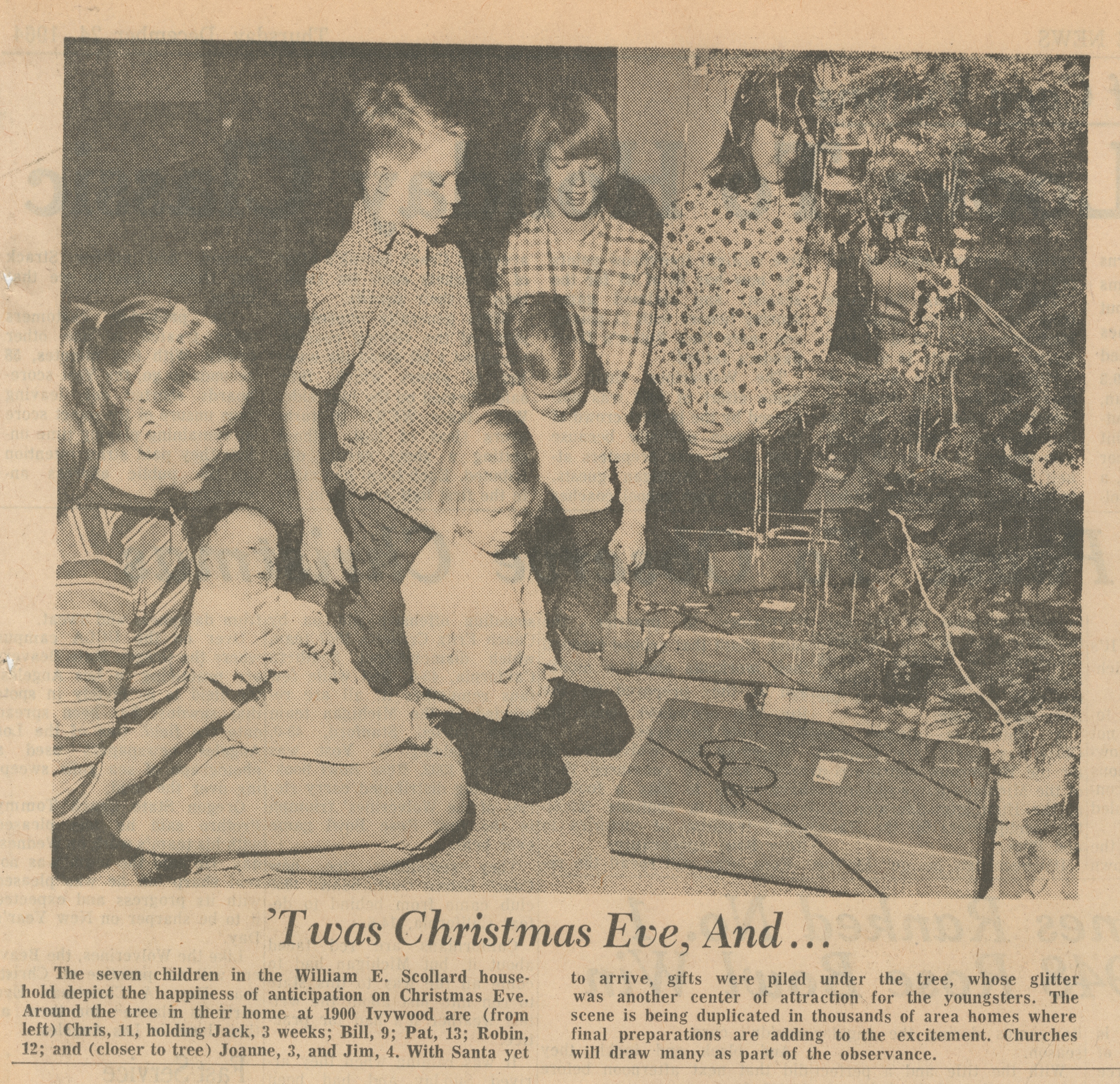 3 Elected To Church's School Board 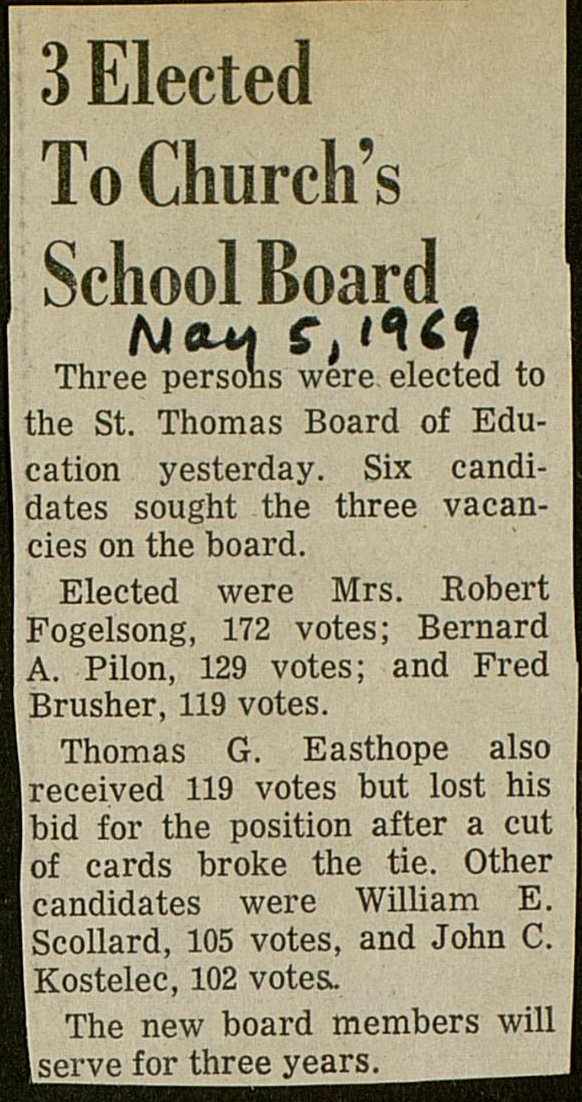