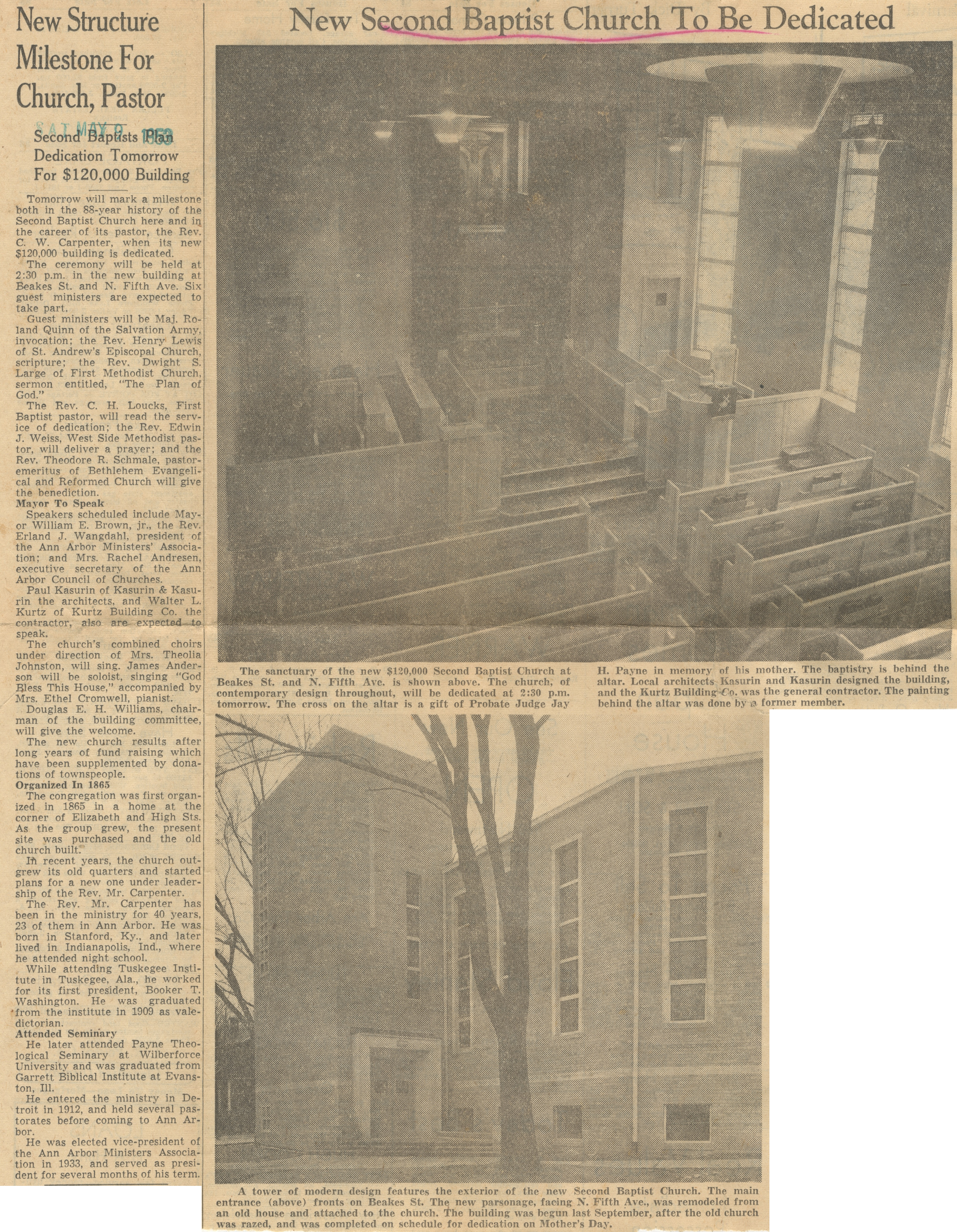 Rachel J. Andresen From Youth For Understanding, May 27, 1973 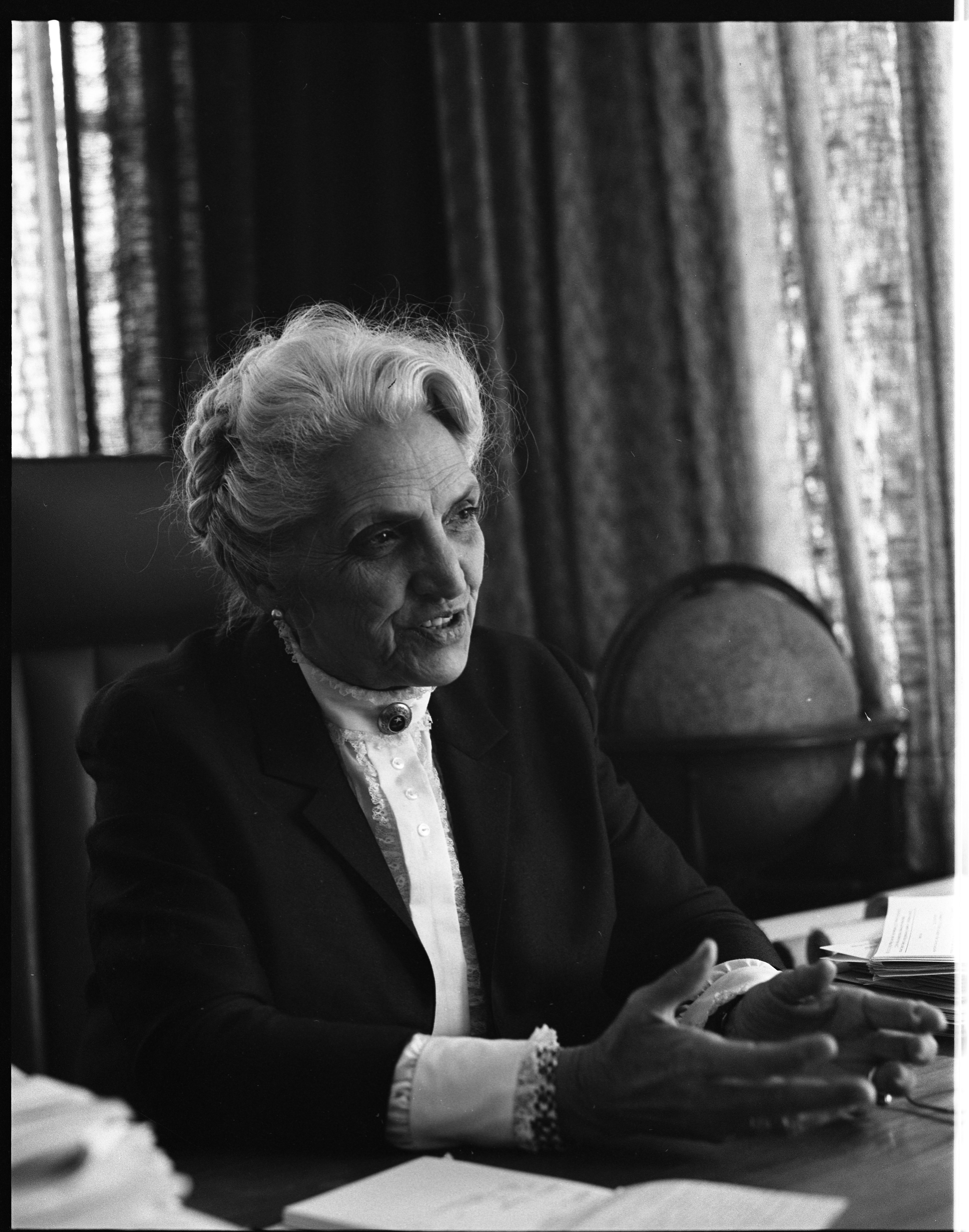 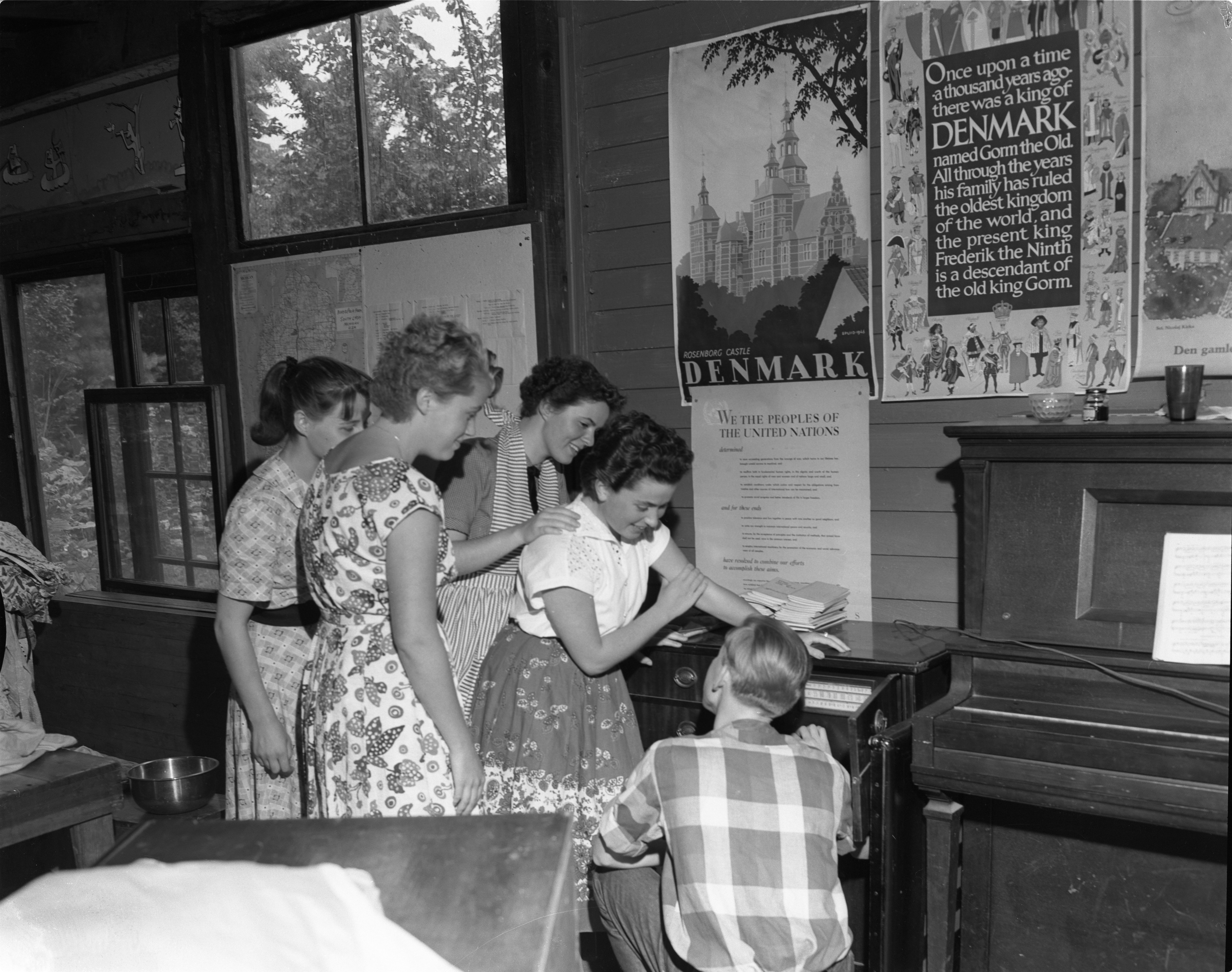 Published In
Ann Arbor News, August 5, 1954
Caption
Request Number: Nineteen German students arrived here last week to live a year in Michigan homes. Before their foster parents from several communities pick them up next Sunday, they are getting an introduction to American ways and gadgets at Pinebrook Farm near South Lyon, the home of Mr. and Mrs. Arvid Andresen. Mrs. Andresen administers the exchange. Listening to a German request number played by a local radio station are (left to right) Maria Block, who will live in East Detroit; Doerte Fickje, near Benton Harbor; Traute Schafer, Northville; Gisela Buscher, Bay City; and Tilman Tonndorf, one of last year's group, who would like to be an American disc jockey. His group will go home next week.
Copyright
Copyright Protected 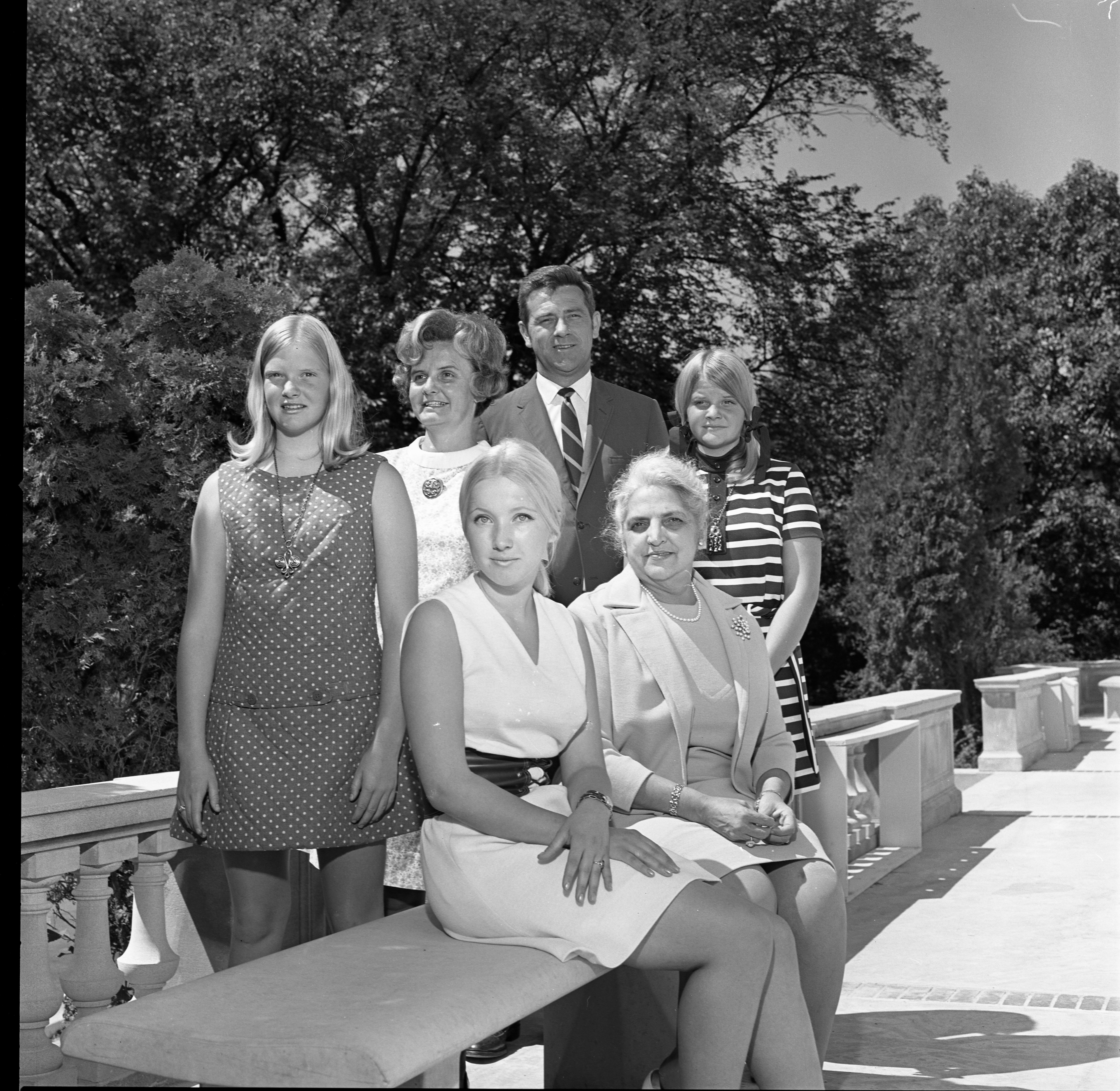 Chilean Students Arrive In U. S. 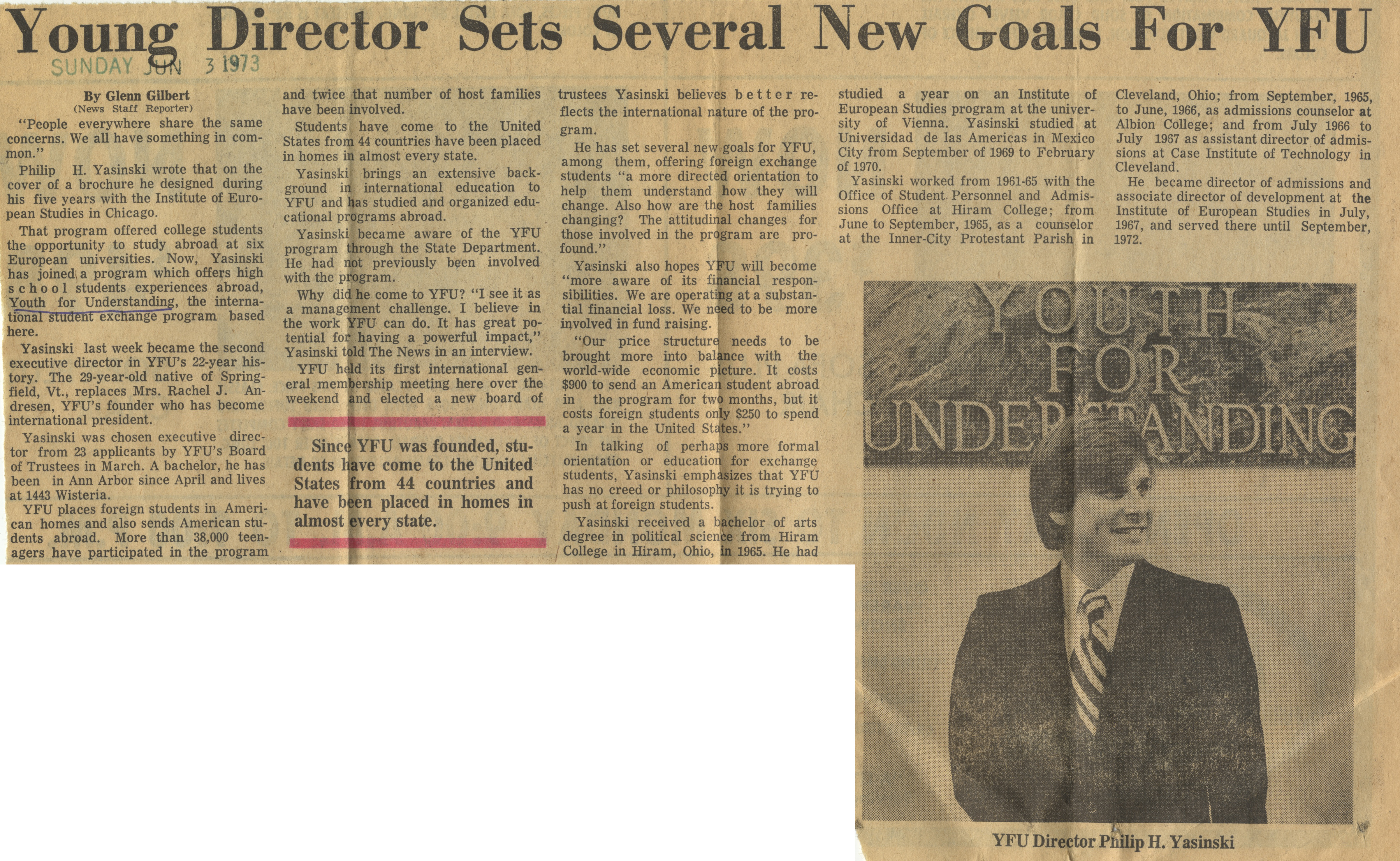 Rachel: It Was Her Day--Her Night 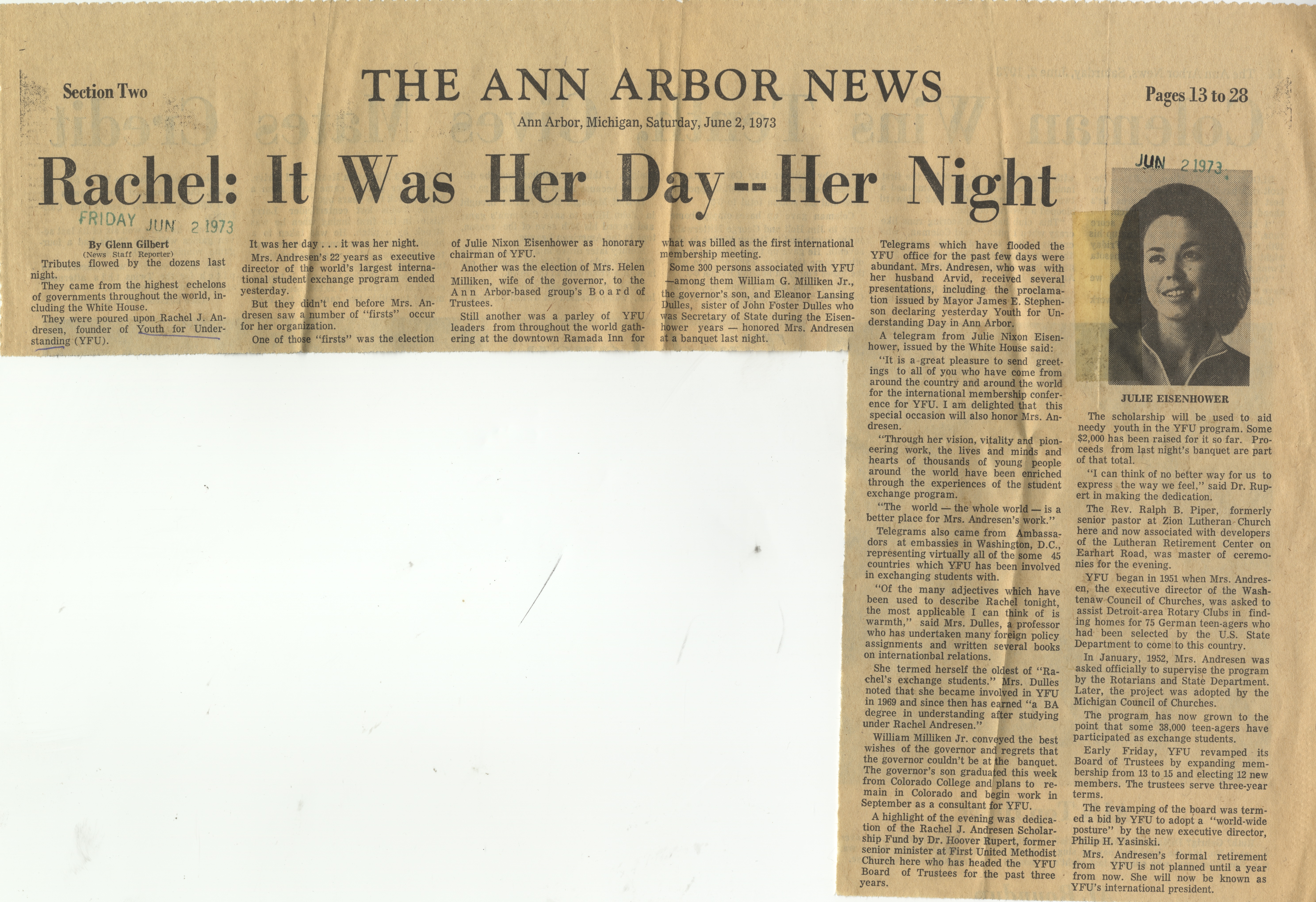 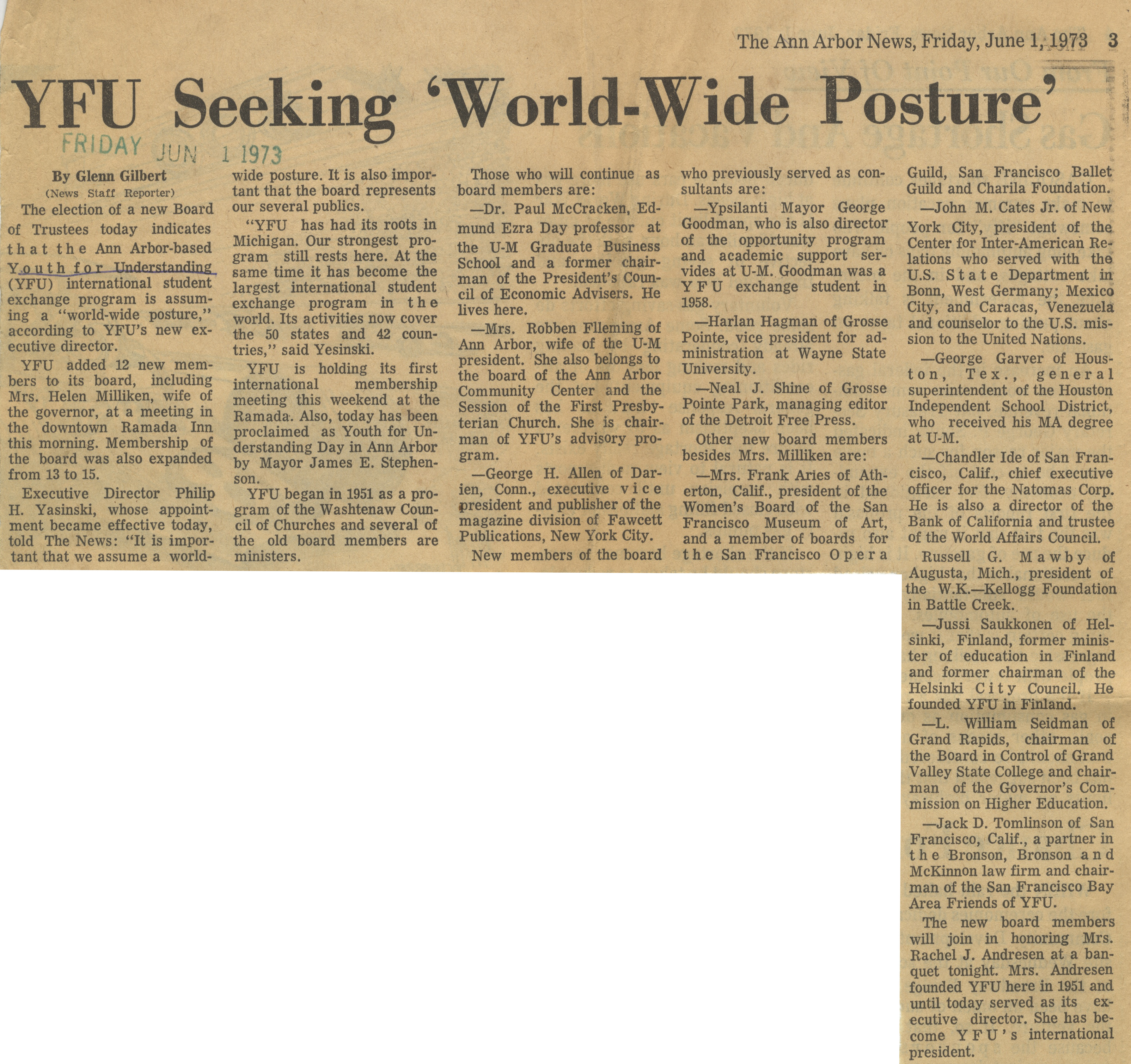