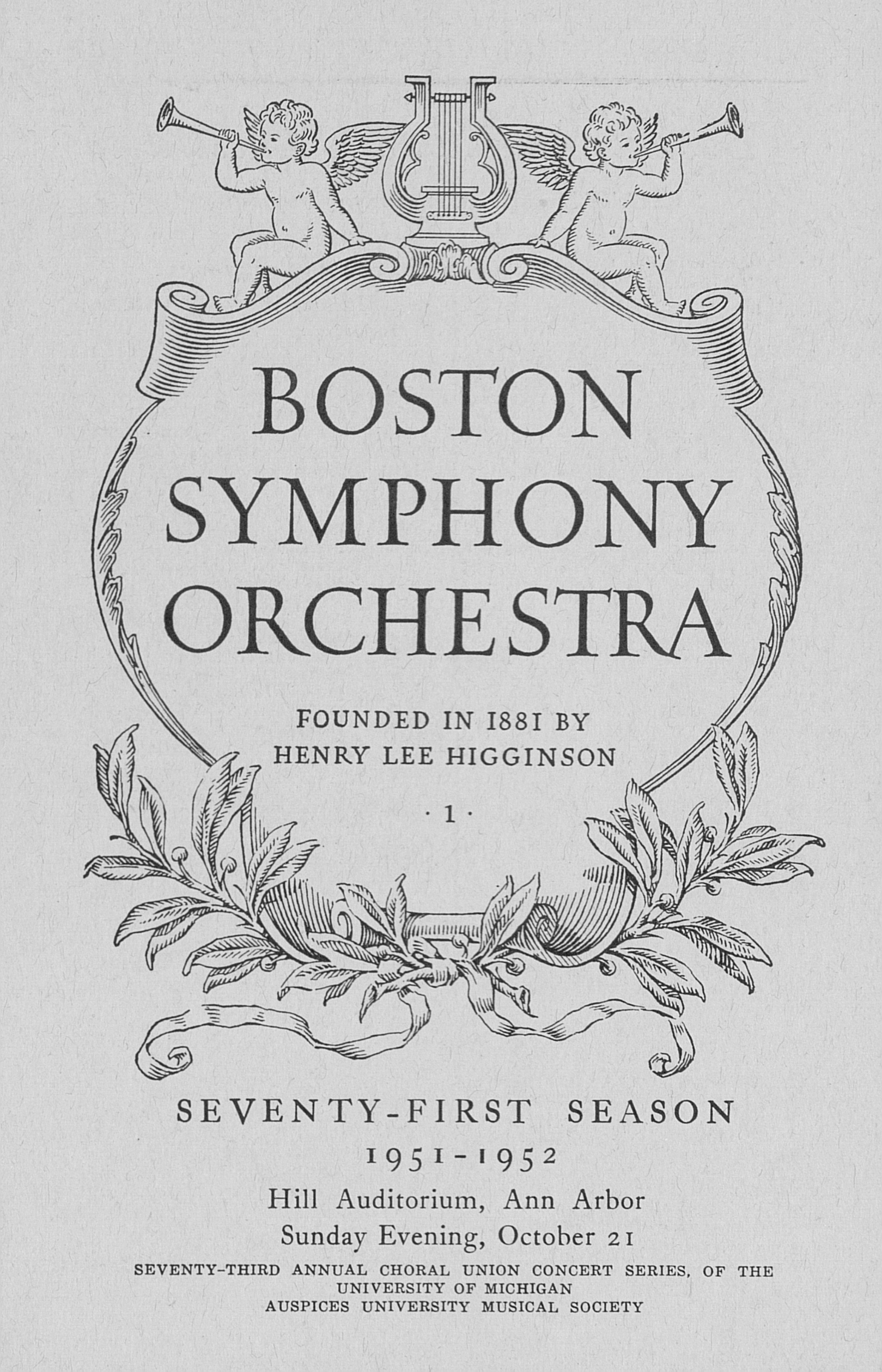 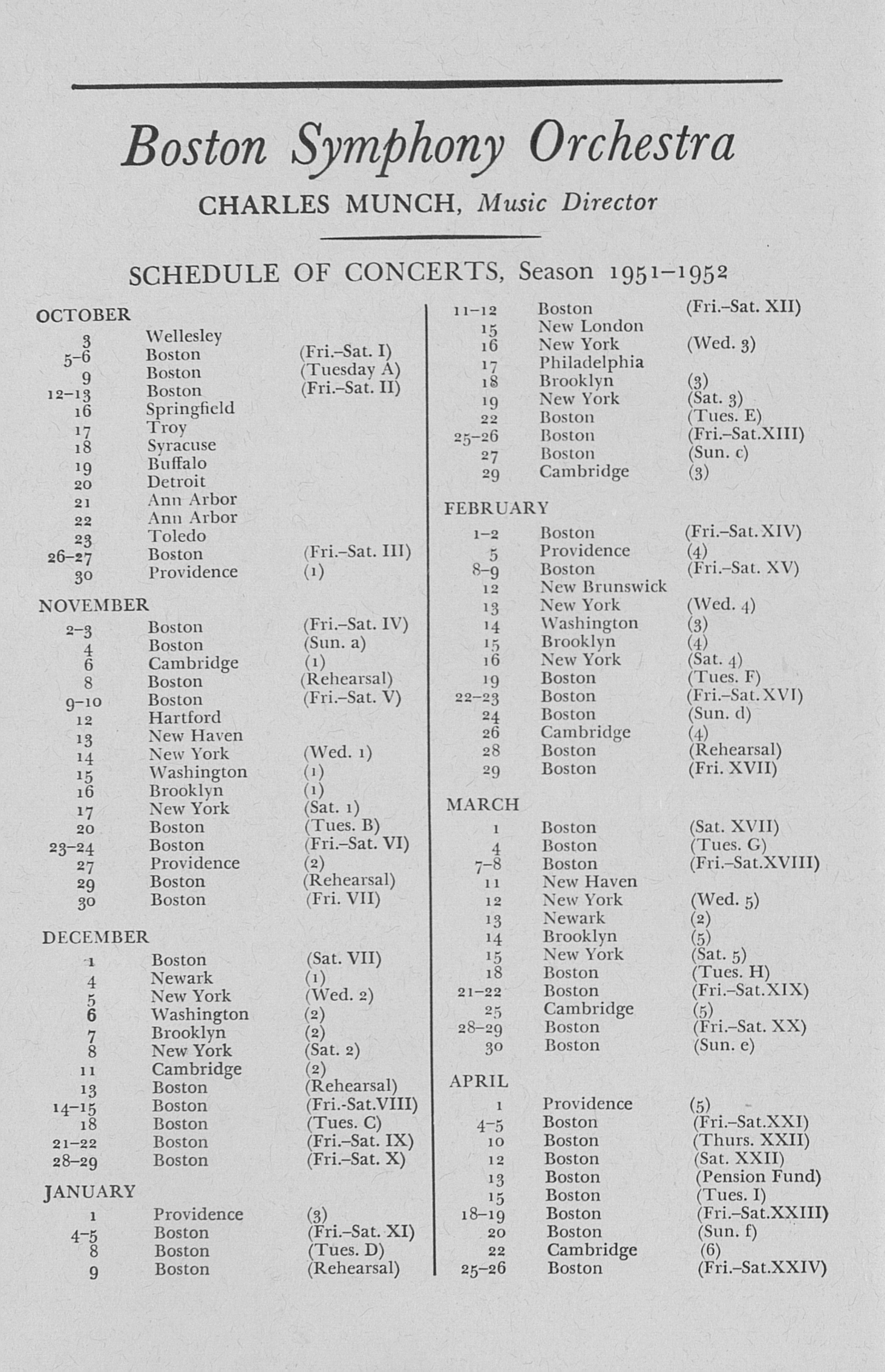 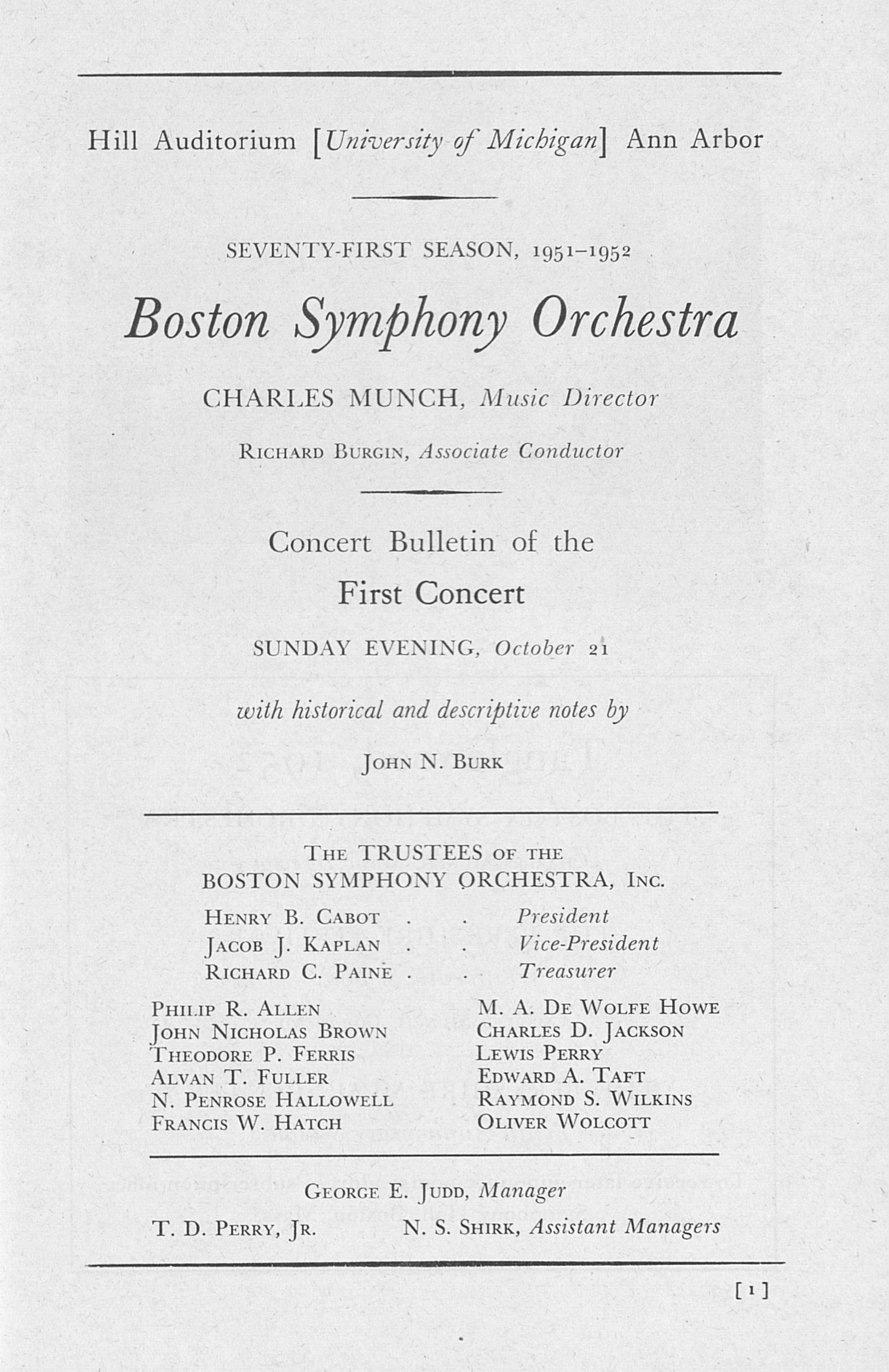 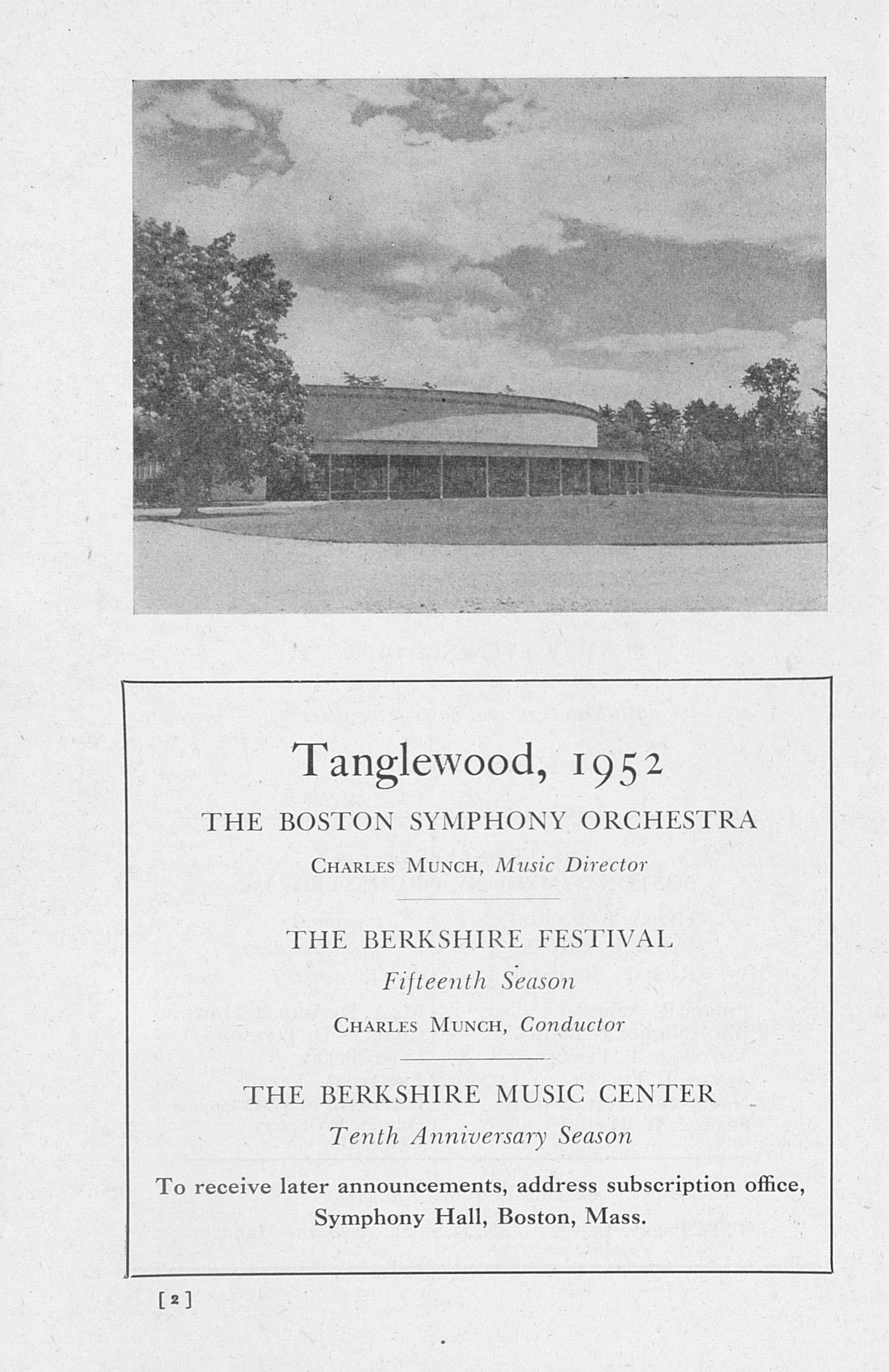 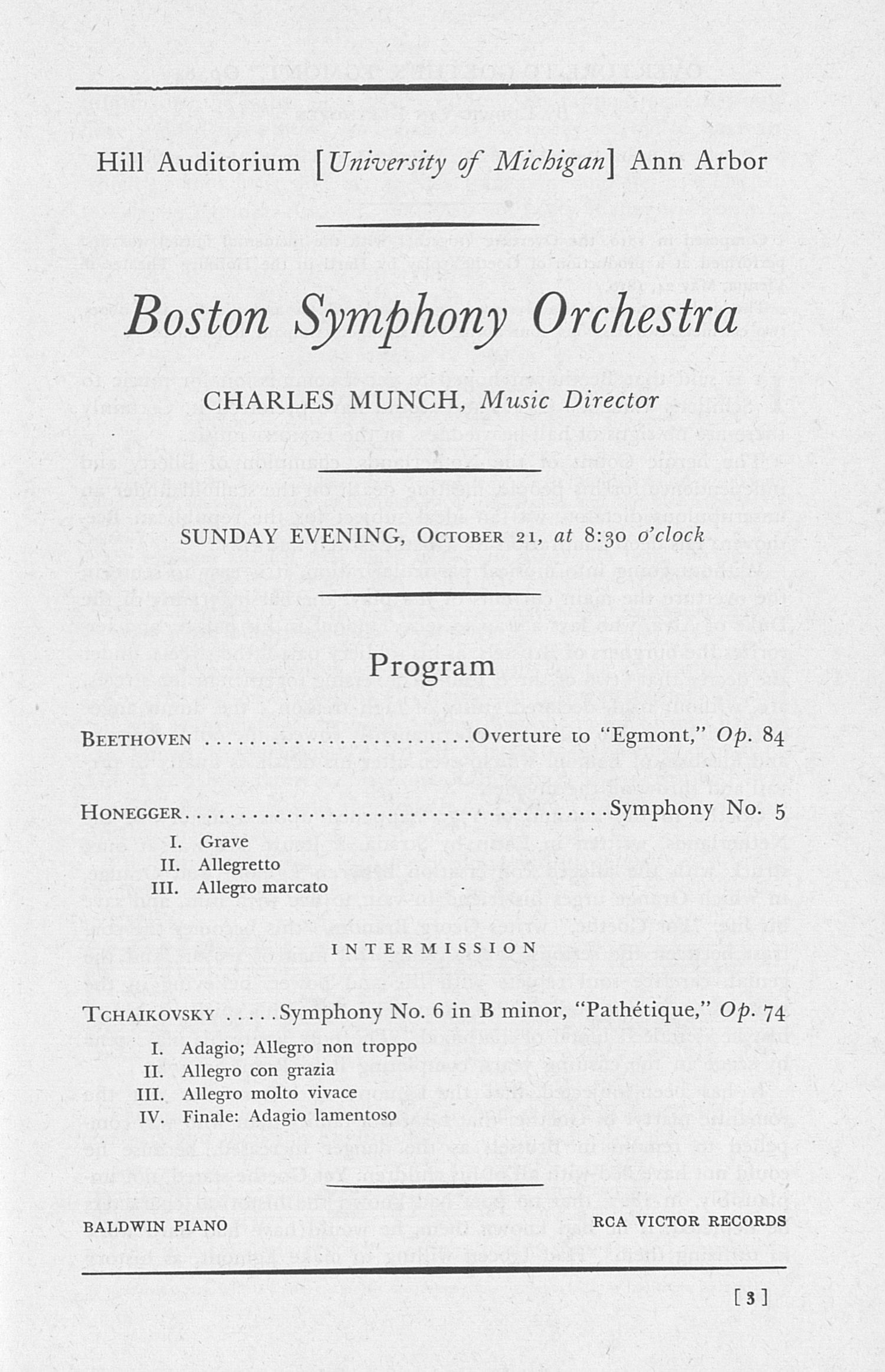 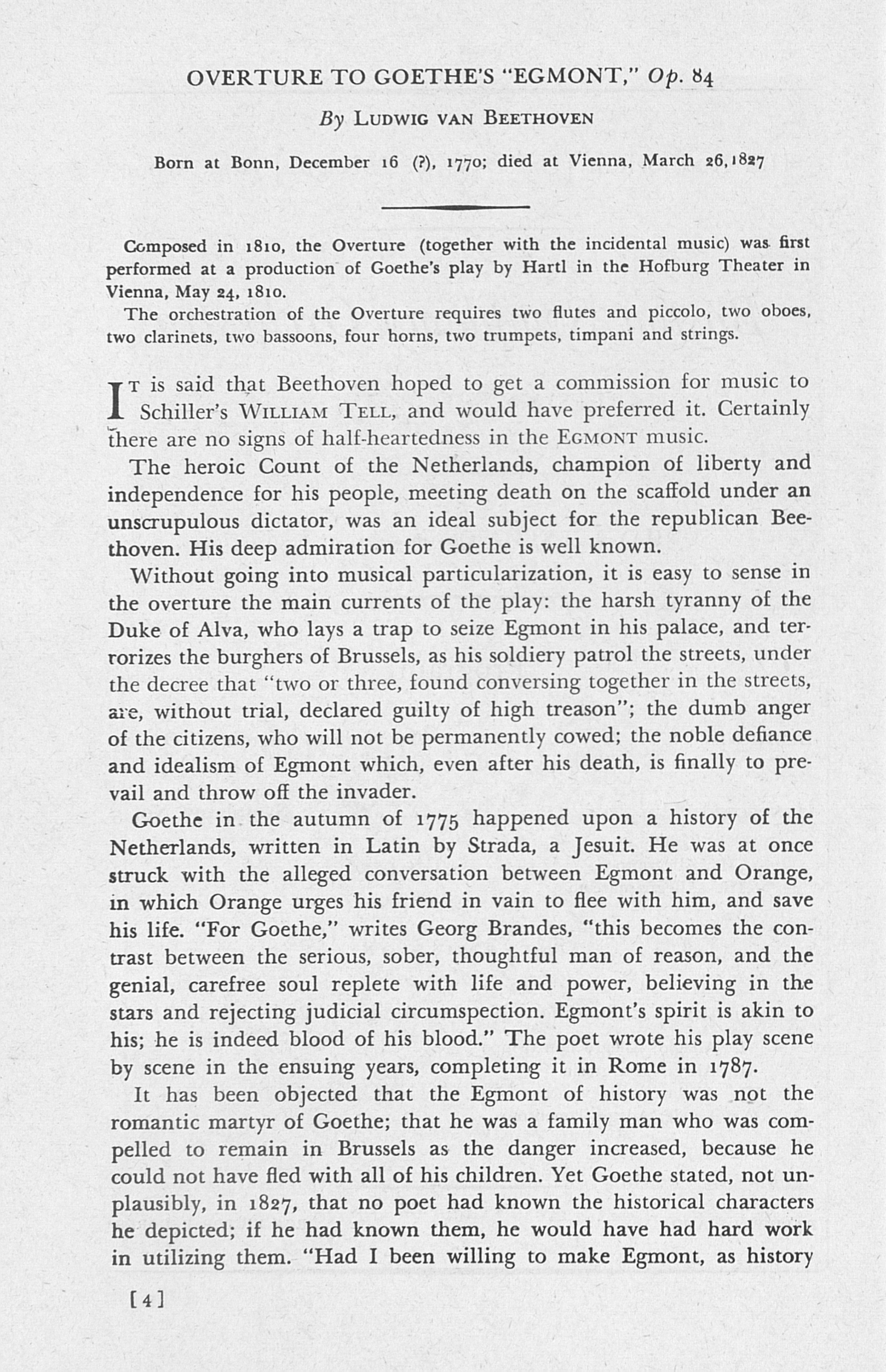 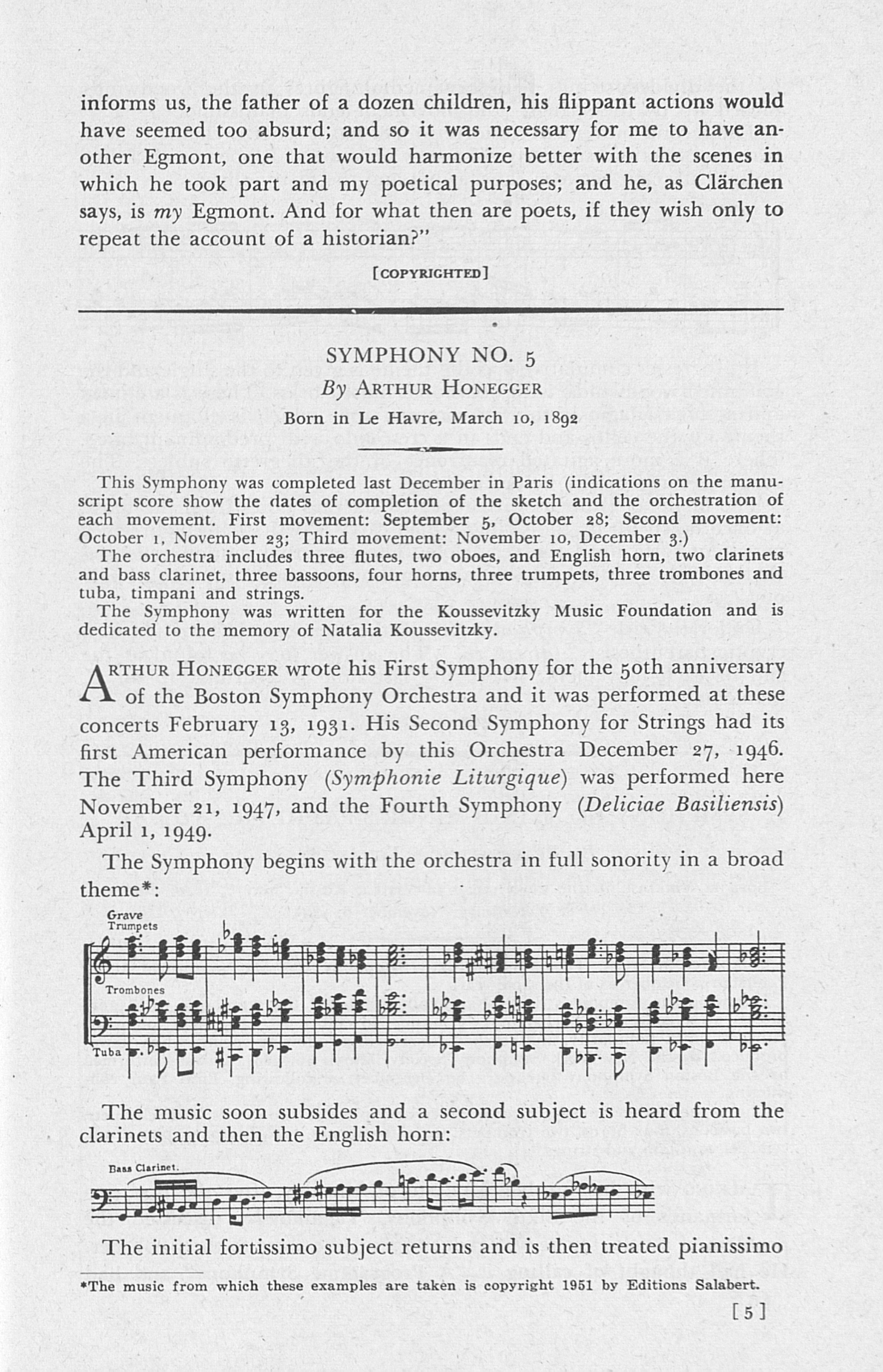 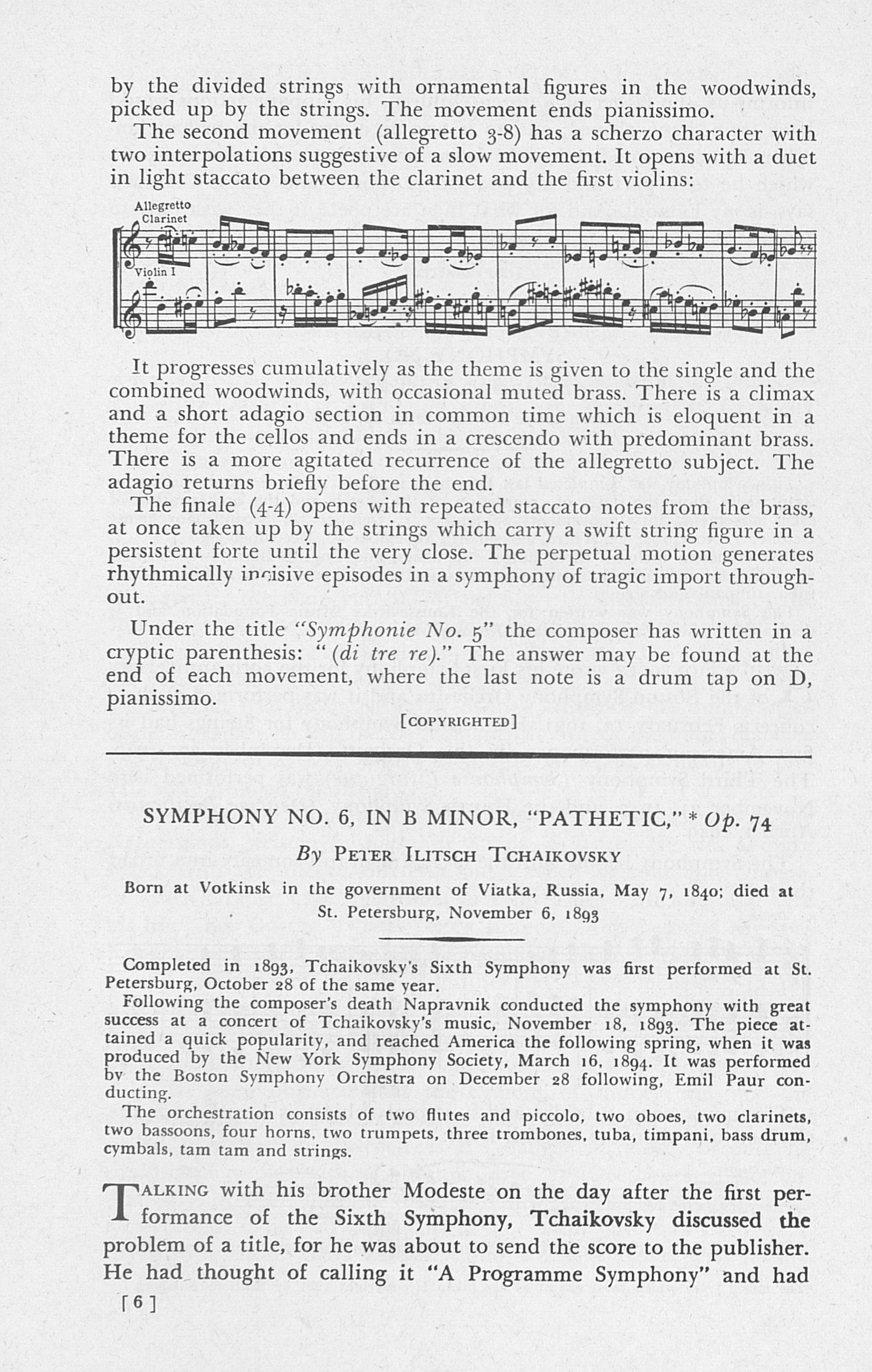 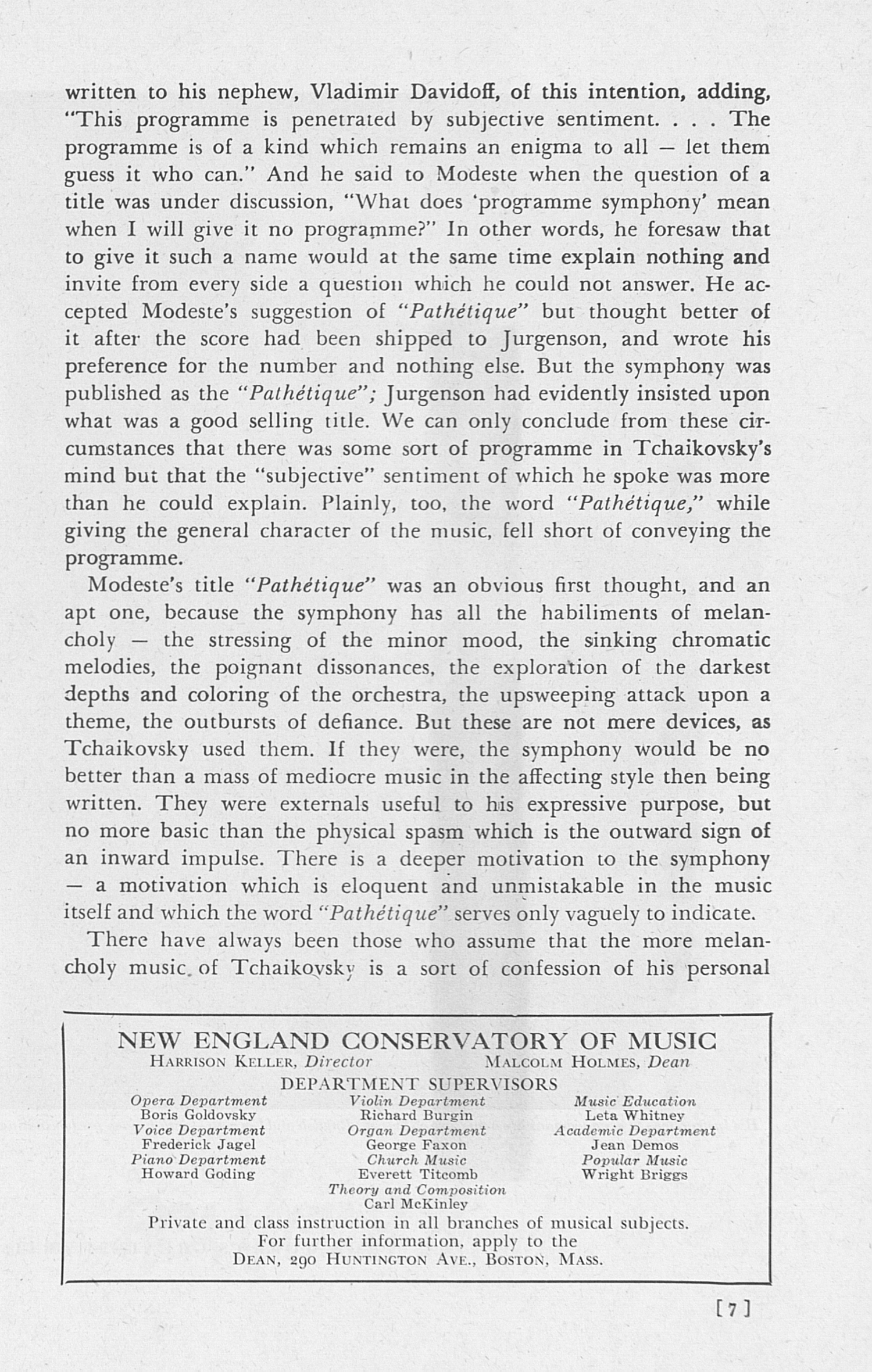 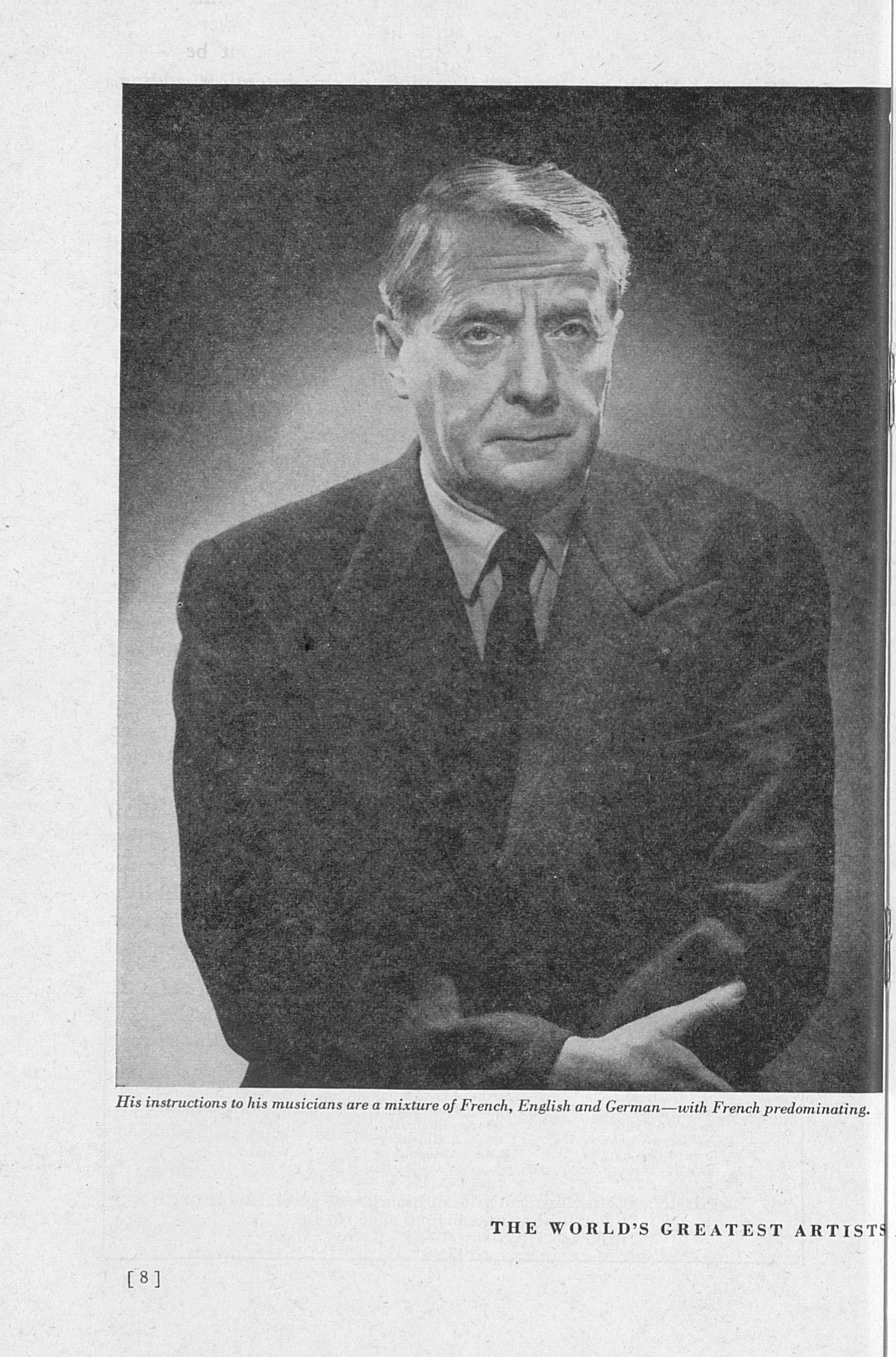 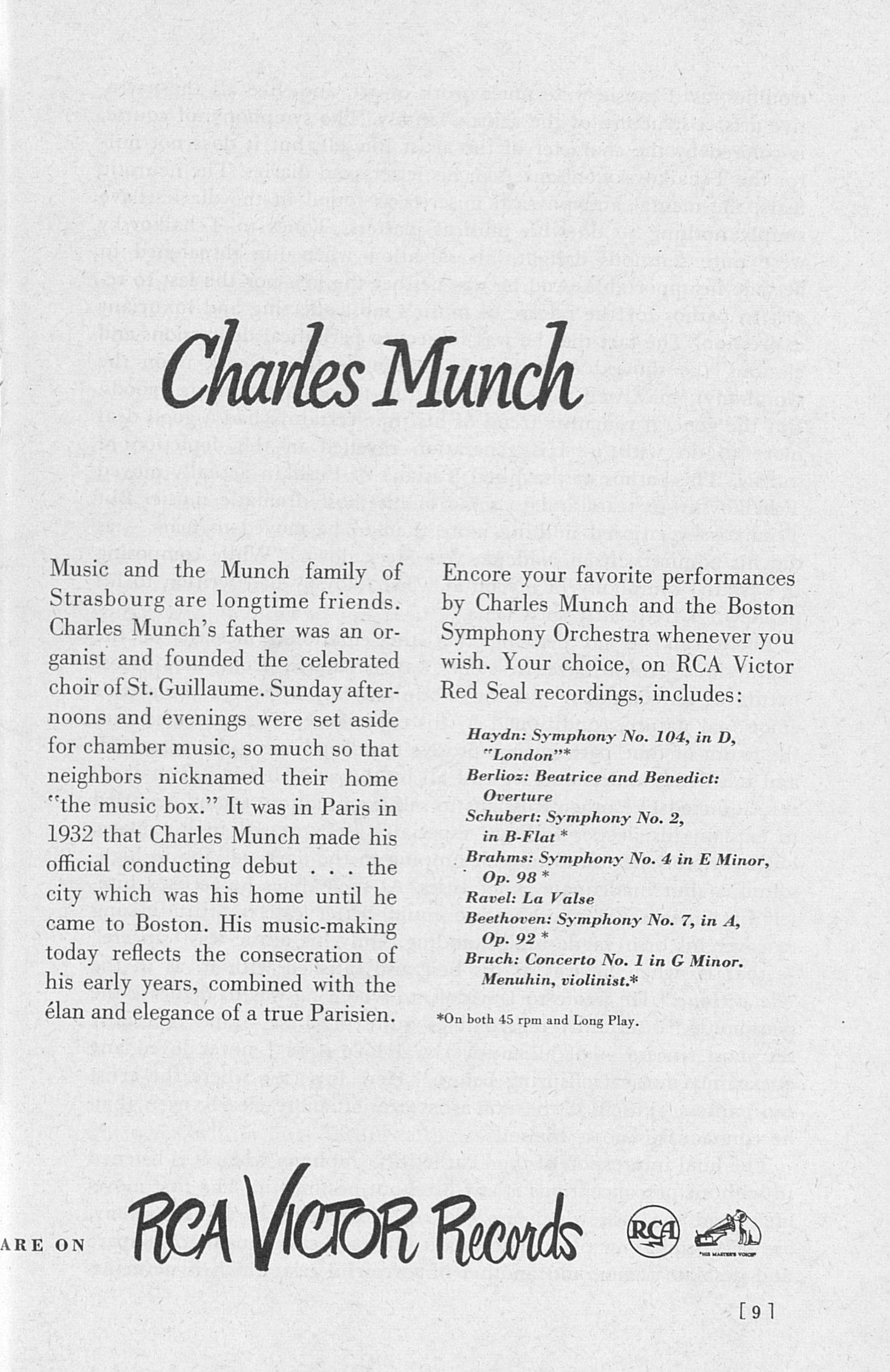 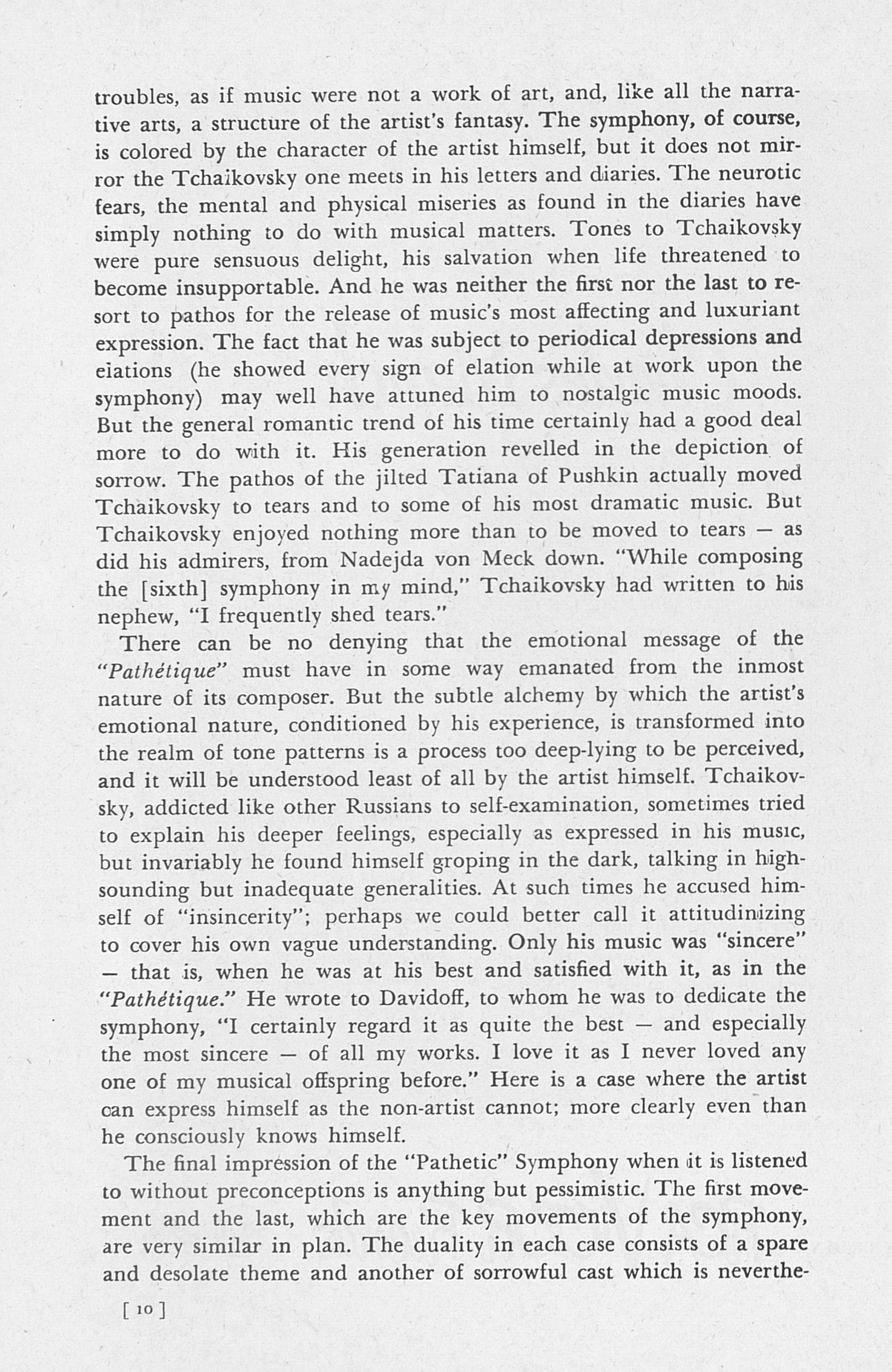 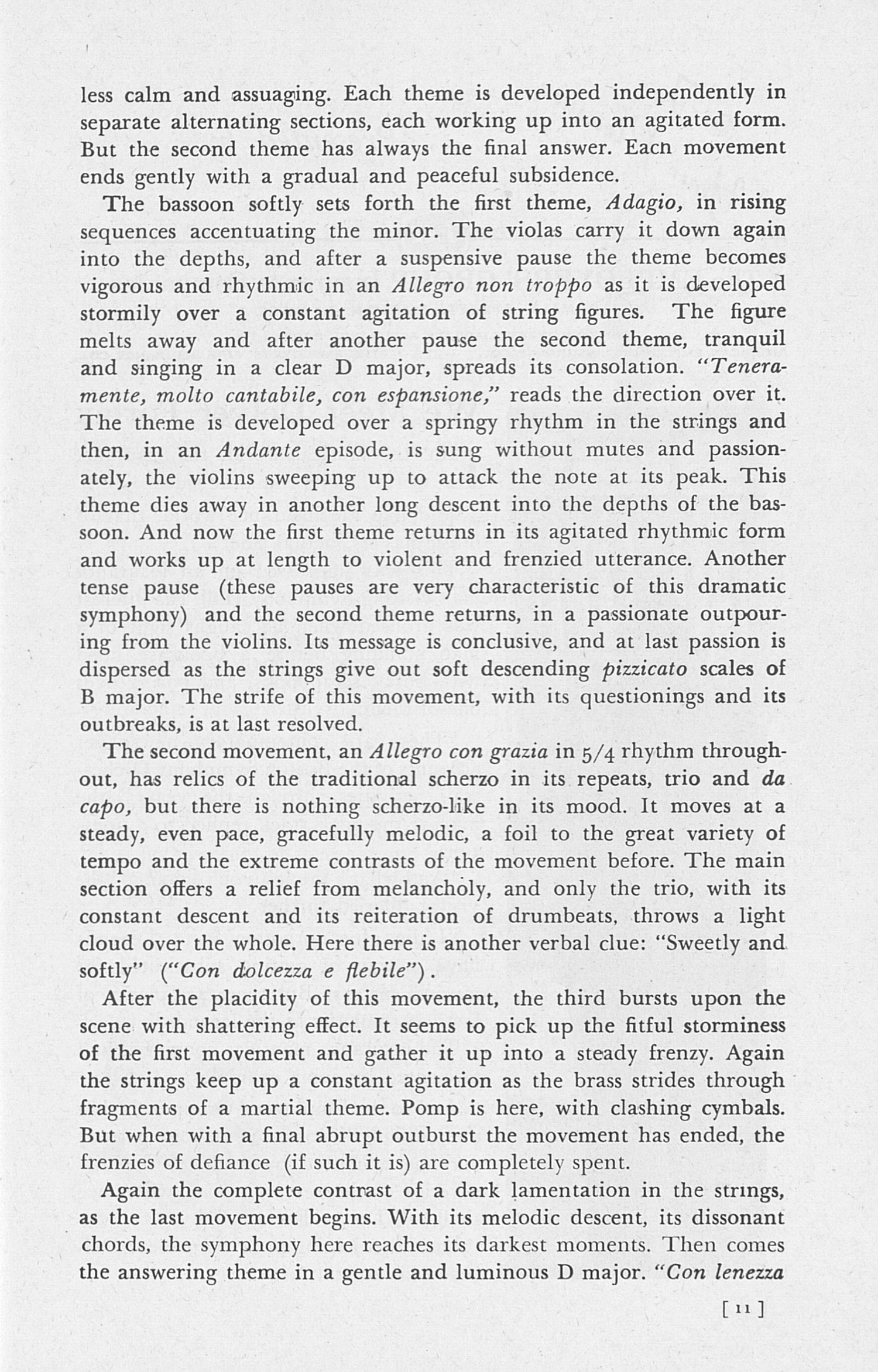 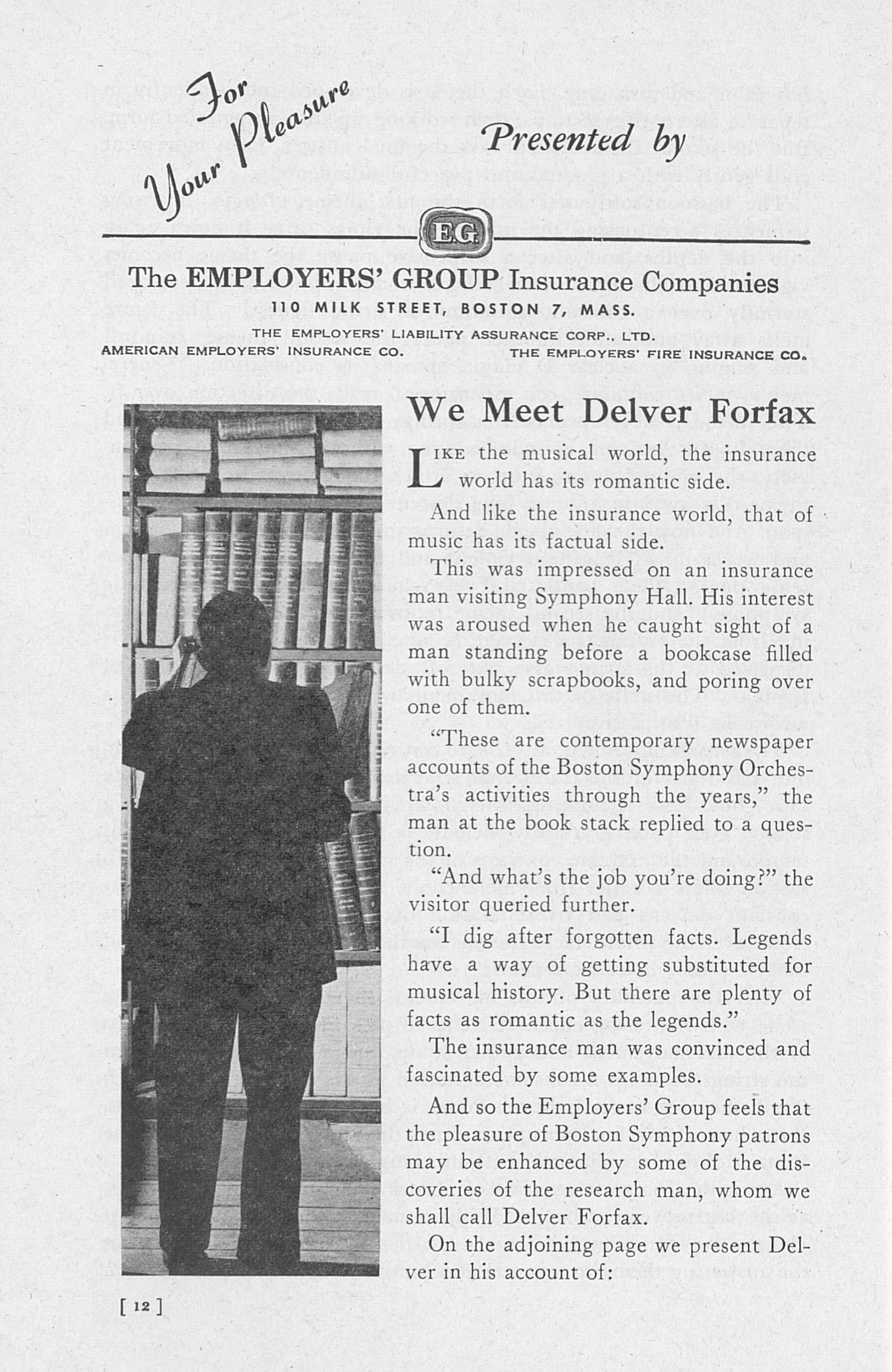 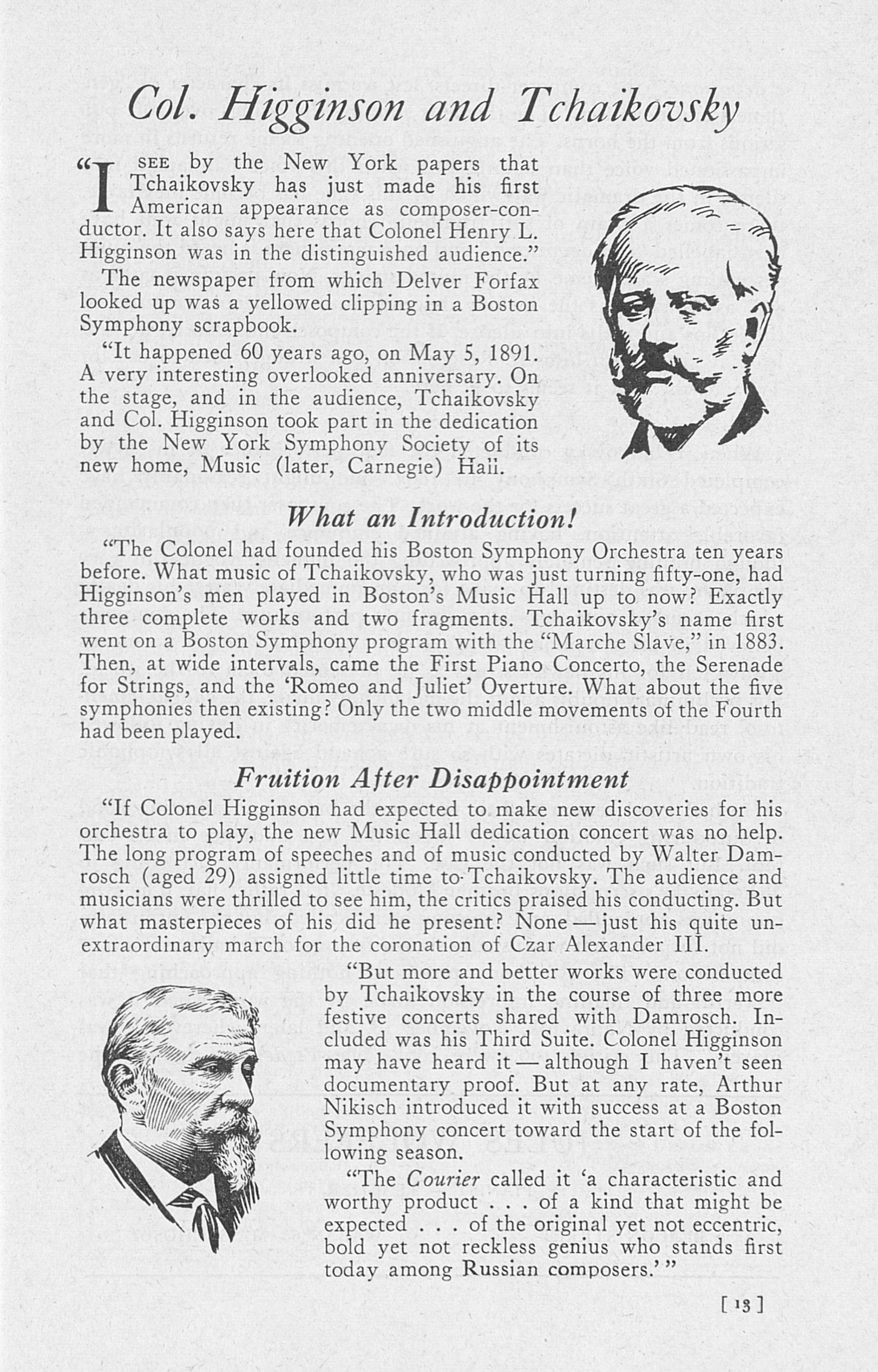 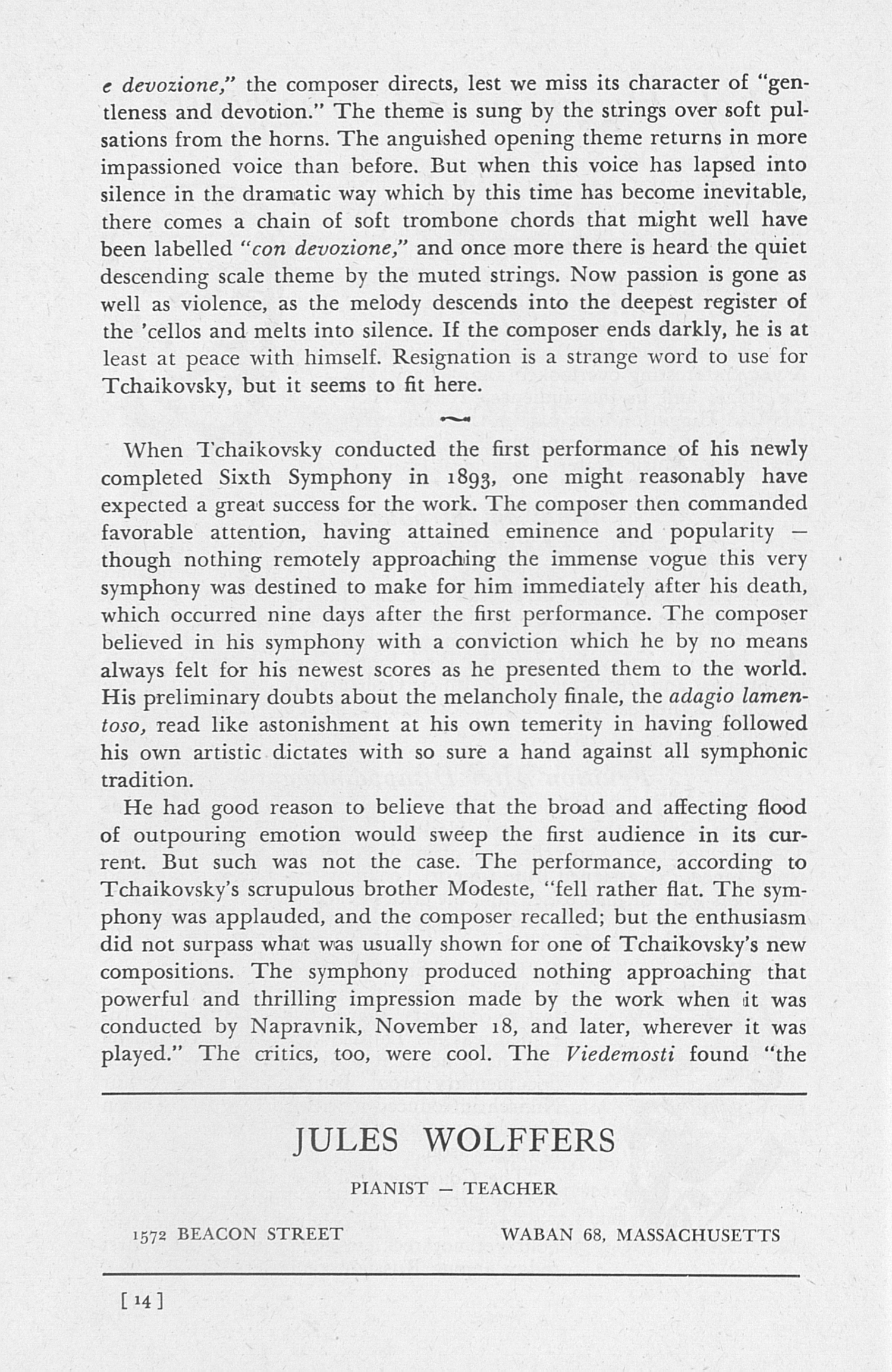 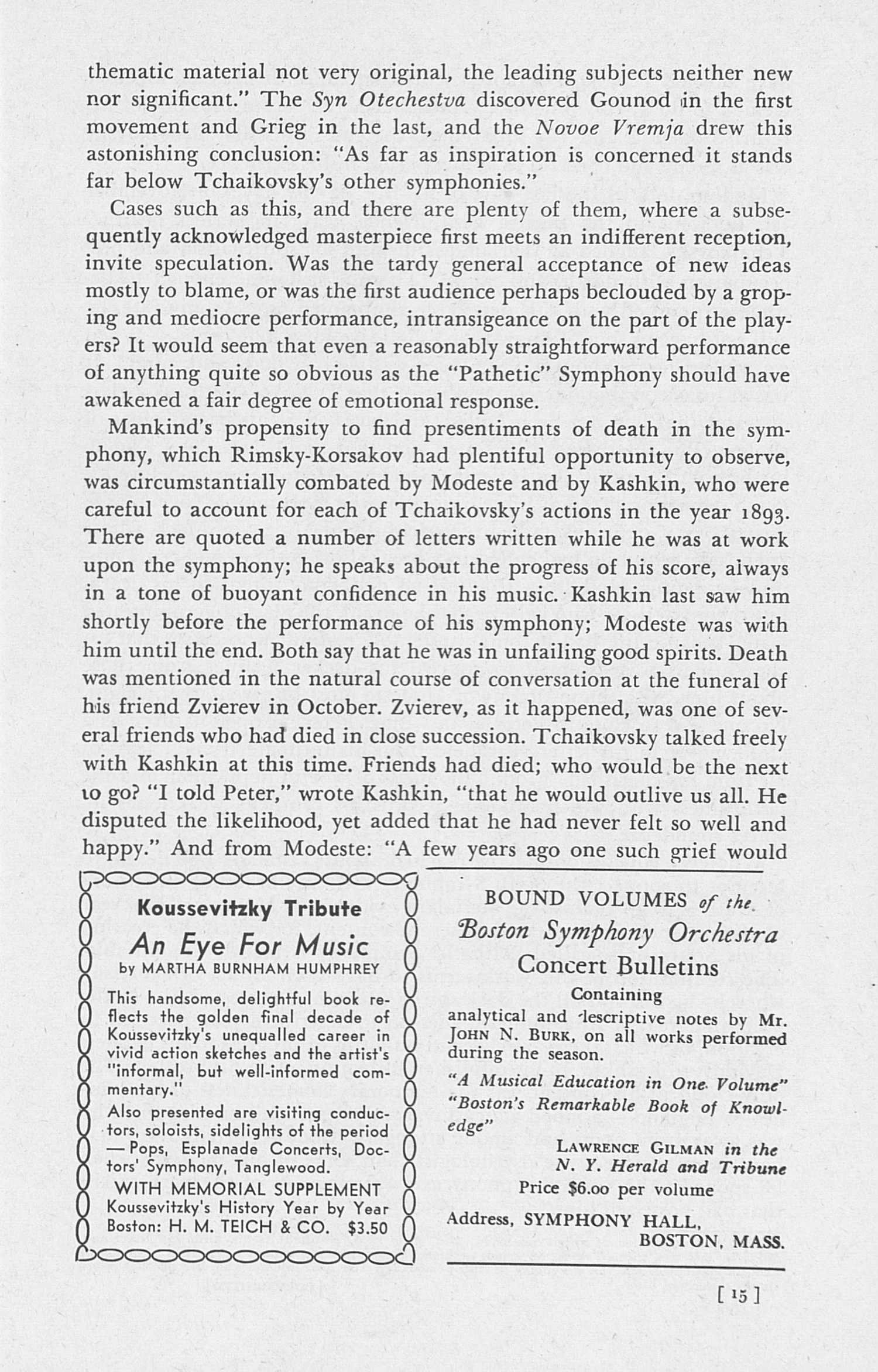 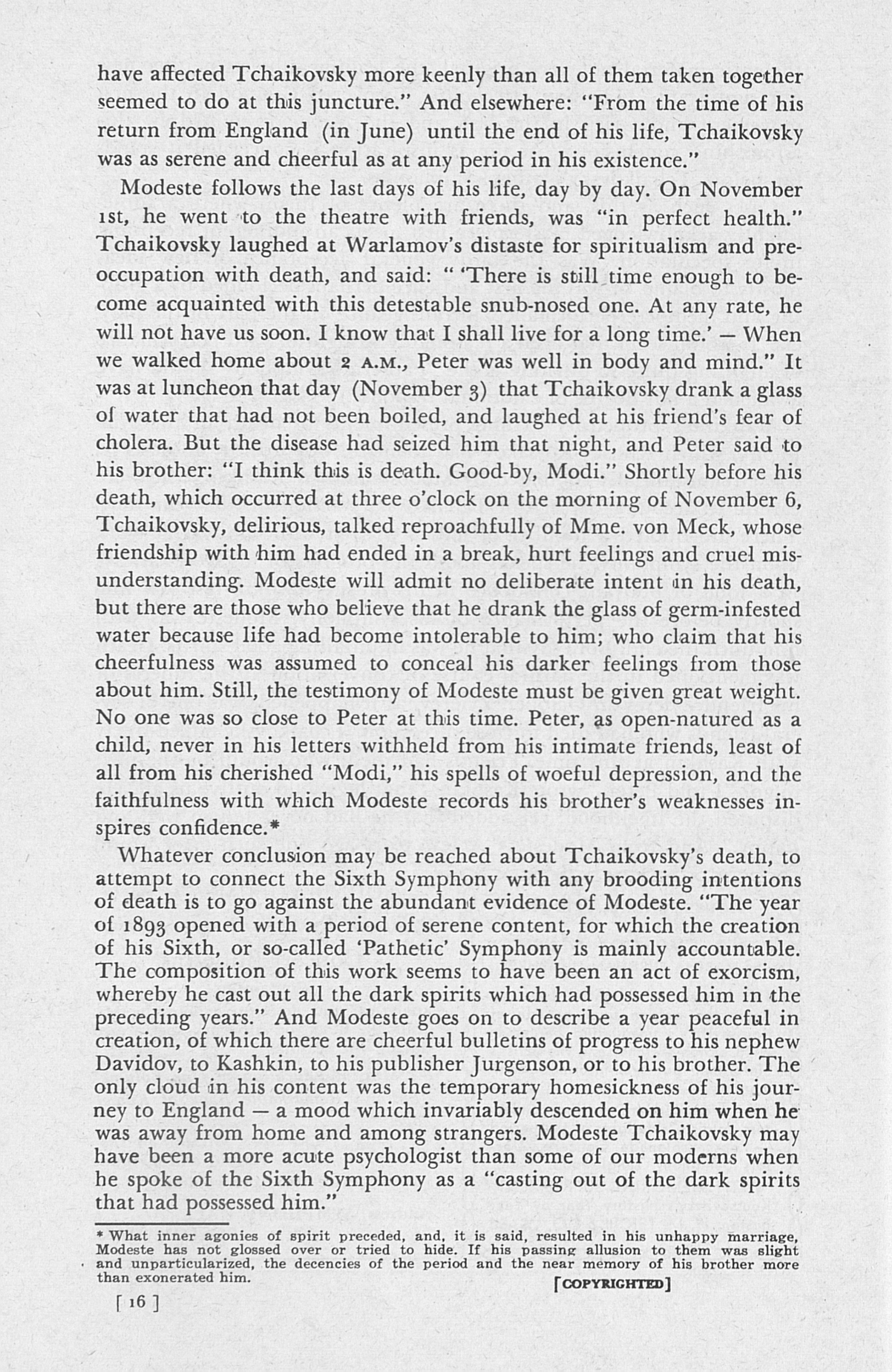 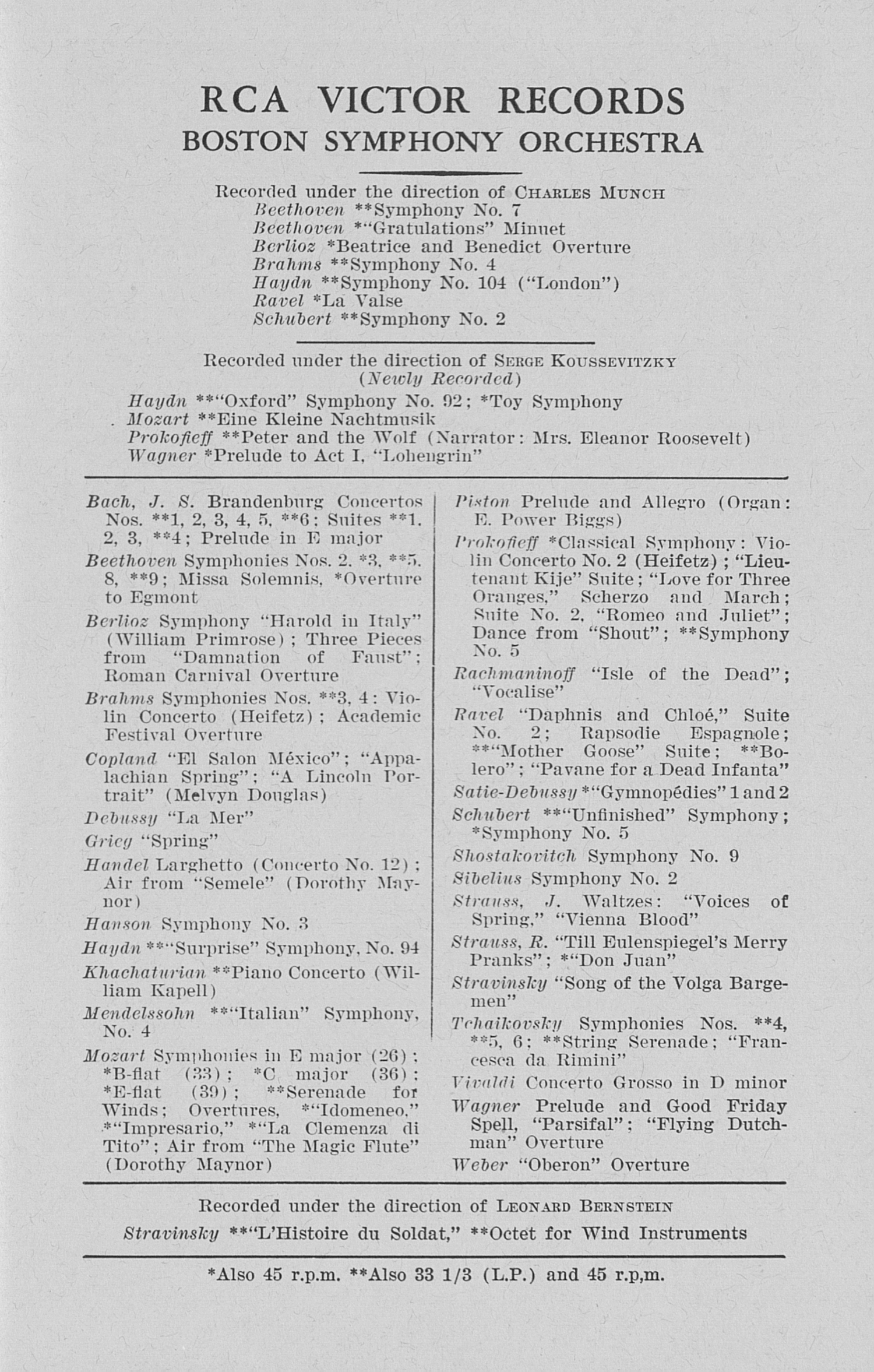 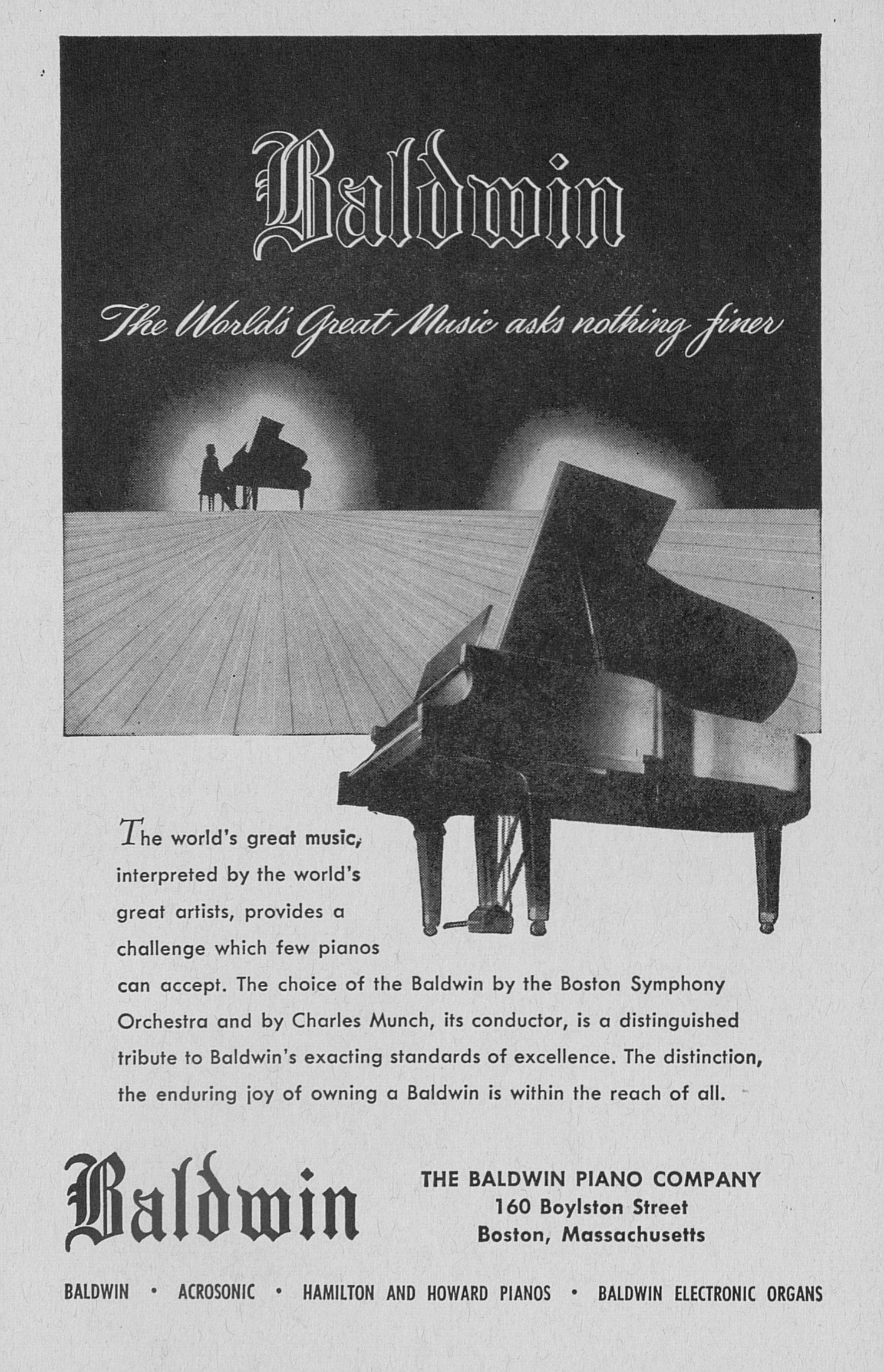 1 he world's great music,;
interpreted by the world's
great artists, provides a
challenge which few pianos
can accept. The choice of the Baldwin by the Boston Symphony
Orchestra and by Charles Munch, its conductor, is a distinguished
tribute to Baldwin's exacting standards of excellence. The distinction,
the enduring joy of owning a Baldwin is within the reach of all.
in
THE BALDWIN PIANO COMPANY
160 Boylston Street Boston, Massachusetts
BALDWIN
ACROSONIC HAMILTON AND HOWARD PIANOS BALDWIN ELECTRONIC ORGANS