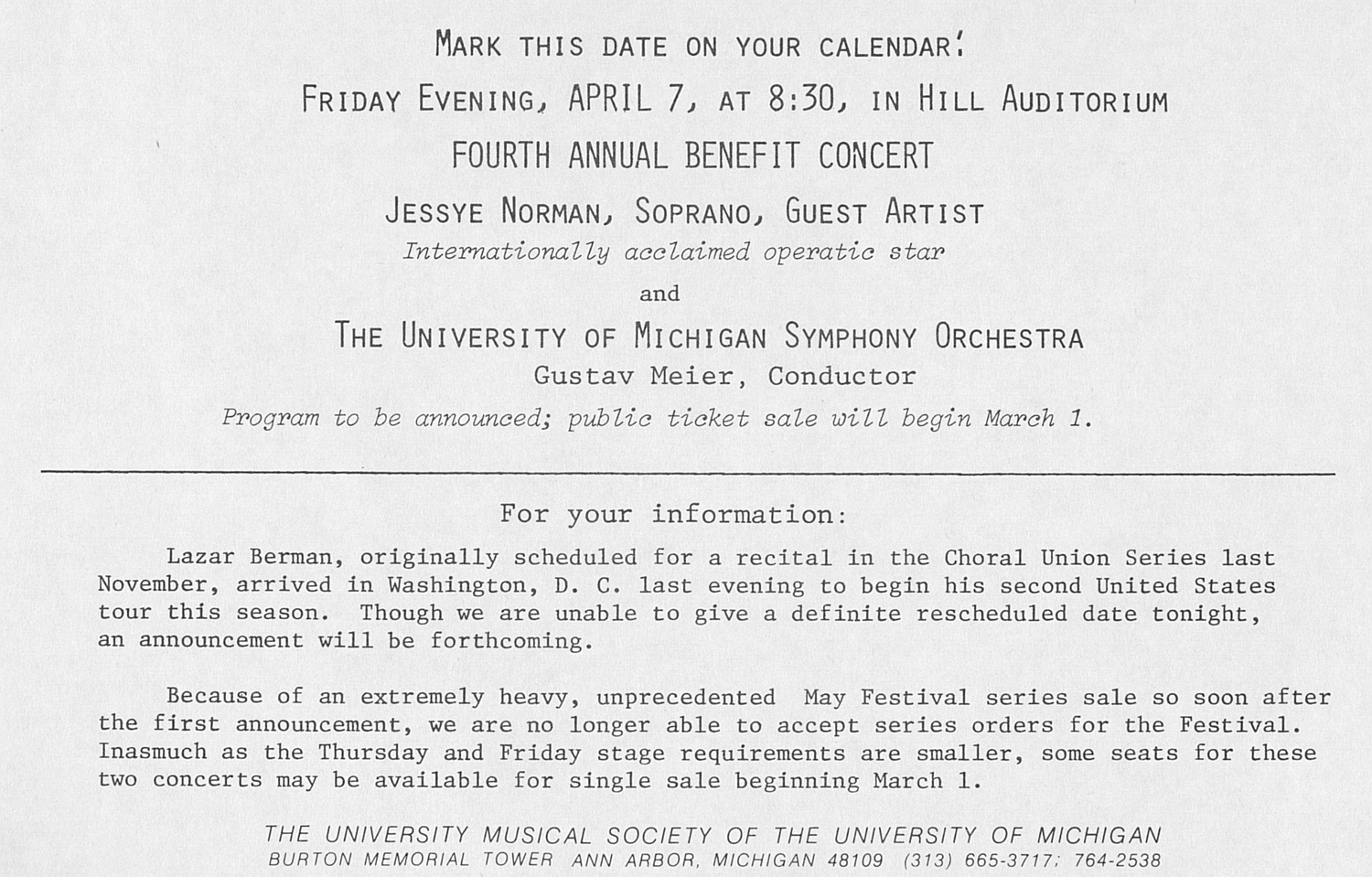 Mark this date on your calendar! Friday Evening, APRIL 7, at 8:30, in Hill Auditorium
FOURTH ANNUAL BENEFIT CONCERT Jessye Norman, Soprano, Guest Artist
Internationally aaolaimed operatic star and
The University of Michigan Symphony Orchestra
Gustav Meier, Conductor
Program to be announced; public ticket sale will begin March 1.
For your information:
Lazar Berman, originally scheduled for a recital in the Choral Union Series last November, arrived in Washington, D. C. last evening to begin his second United States tour this season. Though we are unable to give a definite rescheduled date tonight, an announcement will be forthcoming.
Because of an extremely heavy, unprecedented May Festival series sale so soon after the first announcement, we are no longer able to accept series orders for the Festival. Inasmuch as the Thursday and Friday stage requirements are smaller, some seats for these two concerts may be available for single sale beginning March 1.
THE UNIVERSITY MUSICAL SOCIETY OF THE UNIVERSITY OF MICHIGAN BURTON MEMORIAL TOWER ANN ARBOR, MICHIGAN 48109 (313) 6653717: 7642538