Challenge of the 80's 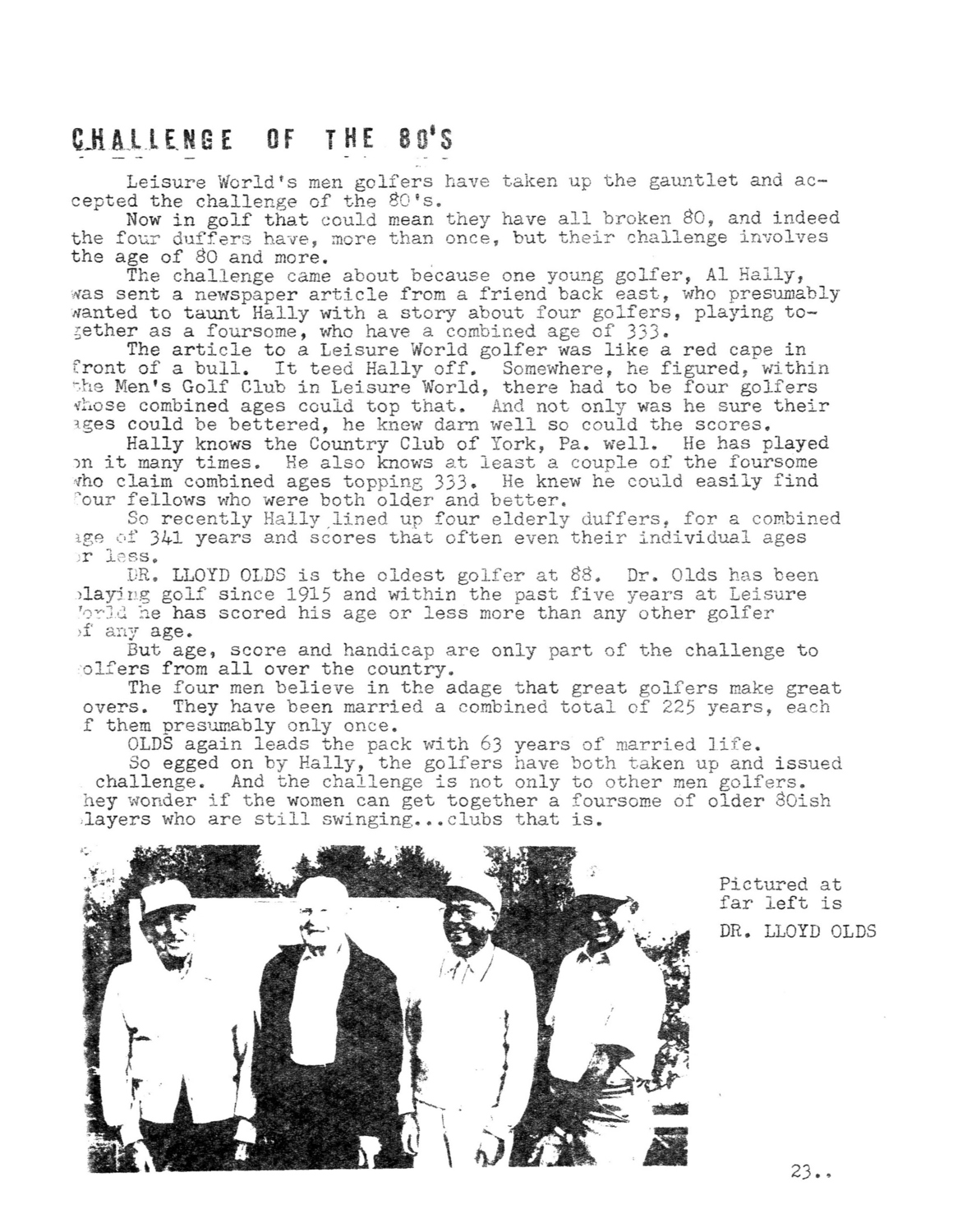 Leisure World's men golfers have taken up the gauntlet and accepted the challenge of the 80's.

Now in golf that could mean they have all broken 80, and indeed the four duffers have, more than once, but their challenge involves the age of 80 and more.

The challenge came about because one young golfer, Al Hally, was sent a newspaper article from a friend back east, who presumably wanted to taunt Hally with a story about four golfers, playing together as a foursome, who have a combined age of 333.

The article to a Leisure World golfer was like a red cape in front of a bull. It teed Hally off. Somewhere, he figured, within the men's Golf Club in Leisure World, there had to be four golfers whose combined ages could top that. And not only was he sure their ages could be bettered, he knew darn well so could the scores.

Hally knows the Country Club of York, Pa. well. He has played on it many times. He also knows at least a couple of the foursome who claim combined ages topping 333. He knew he could easily find four fellows who were both older and better.

So recently Hally lined up four elderly duffers, for a combined age of 341 years and scores that often even their individual ages or less.

DR. LLOYD OLDS is the oldest golfer at 88. Dr. Olds has been playing golf since 1915 and within the past five years at Leisure World he has scored his age or less more than any other golfer of any age.

But age, score and handicap are only part of the challenge to golfers from all over the country.

The four men believe in the adage that great golfers make great overs. They have been married a combined total of 225 years, each of them presumably only once.

OLDS again leads the pack with 63 years of married life.

So egged on by Hally, the golfers have both taken up and issued challenge. And the challenge is not only to other men golfers. They wonder if the women can get together a foursome of older 80ish players who are still swinging…clubs that is.