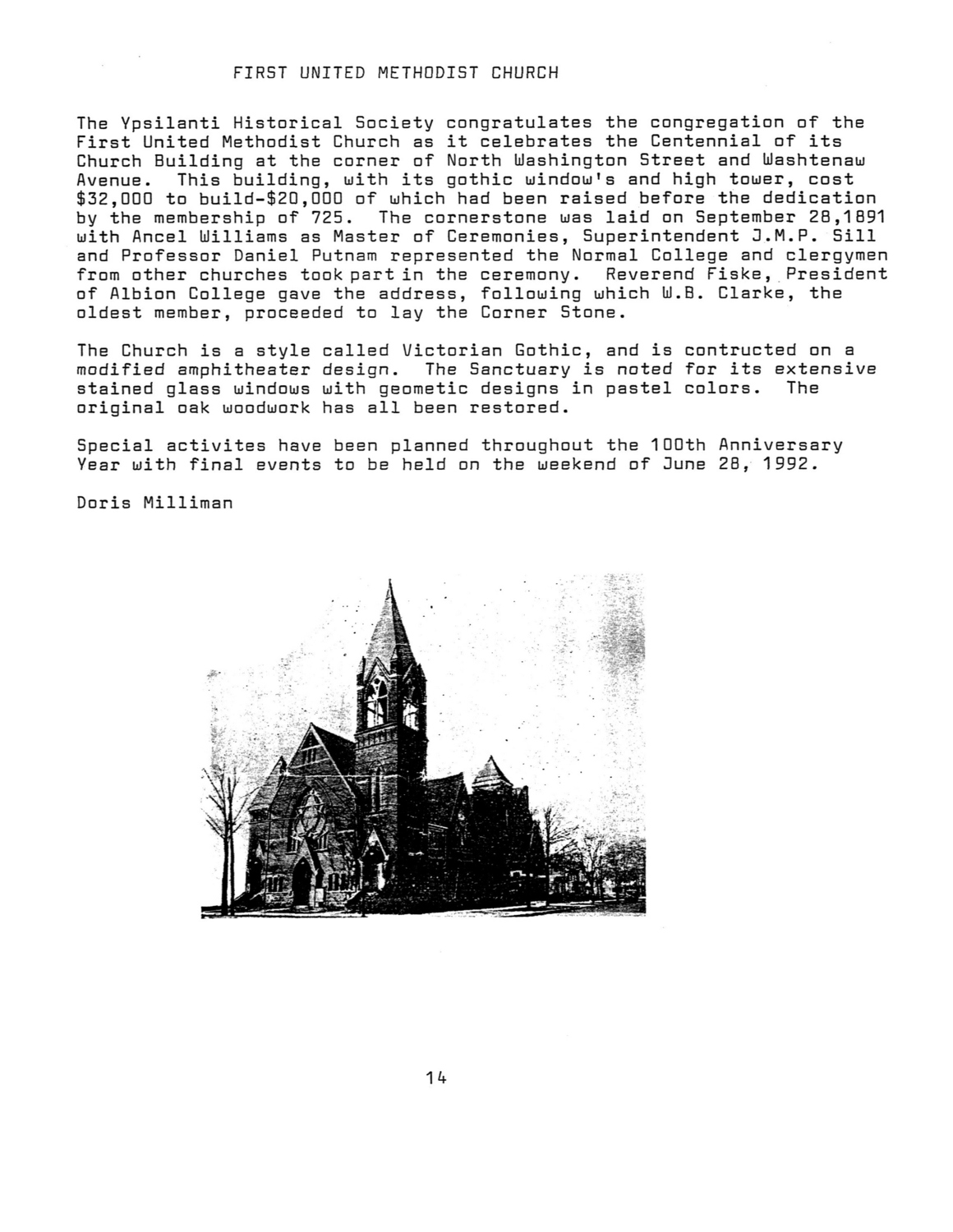 The Ypsilanti Historical Society congratulates the congregation of the First United Methodist Church as it celebrates the Centennial of its Church Building at the corner of North Washington Street and Washtenaw Avenue. This building, with its gothic window's and high tower, cost $32,000 to build-- $20,000 of which had been raised before the dedication by the membership of 725. The cornerstone was laid on September 28, 1891 with Ancel Williams as Master of Ceremonies, Superintendent J. M. P. Sill and Professor Daniel Putnam represented the Normal College and clergymen from other churches took part in the ceremony. Reverend Fiske, President of Albion College gave the address, following which W. B. Clarke, the oldest member, proceeded to lay the Corner Stone.

The Church is a style called Victorian Gothic, and is contructed on a modified amphitheater design. The Sanctuary is noted for its extensive stained glass windows with geometic designs in pastel colors. The original oak woodwork has all been restored.

Special activities have been planned throughout the 100th Anniversary Year with final events to be held on the weekend of June 28, 1992.