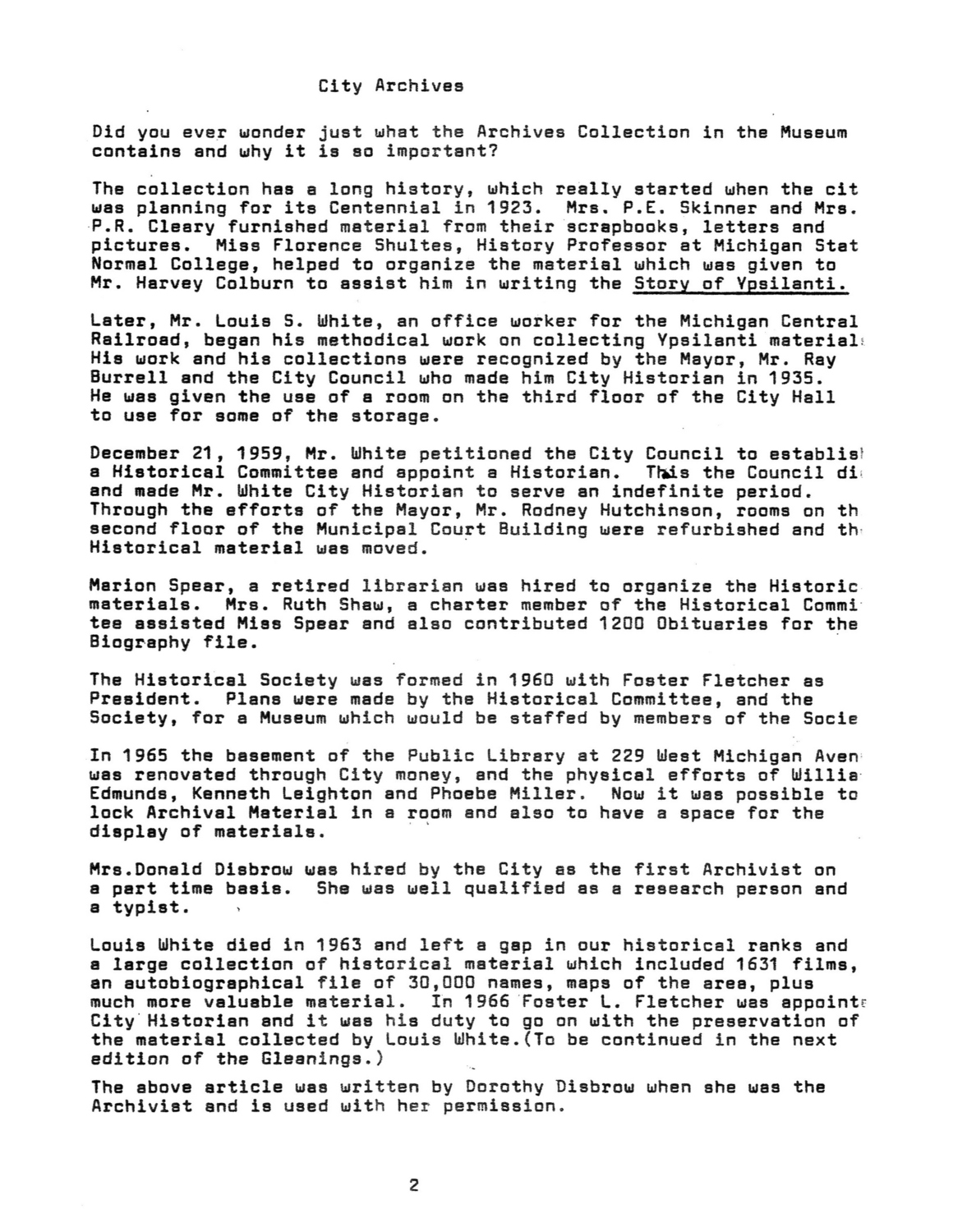 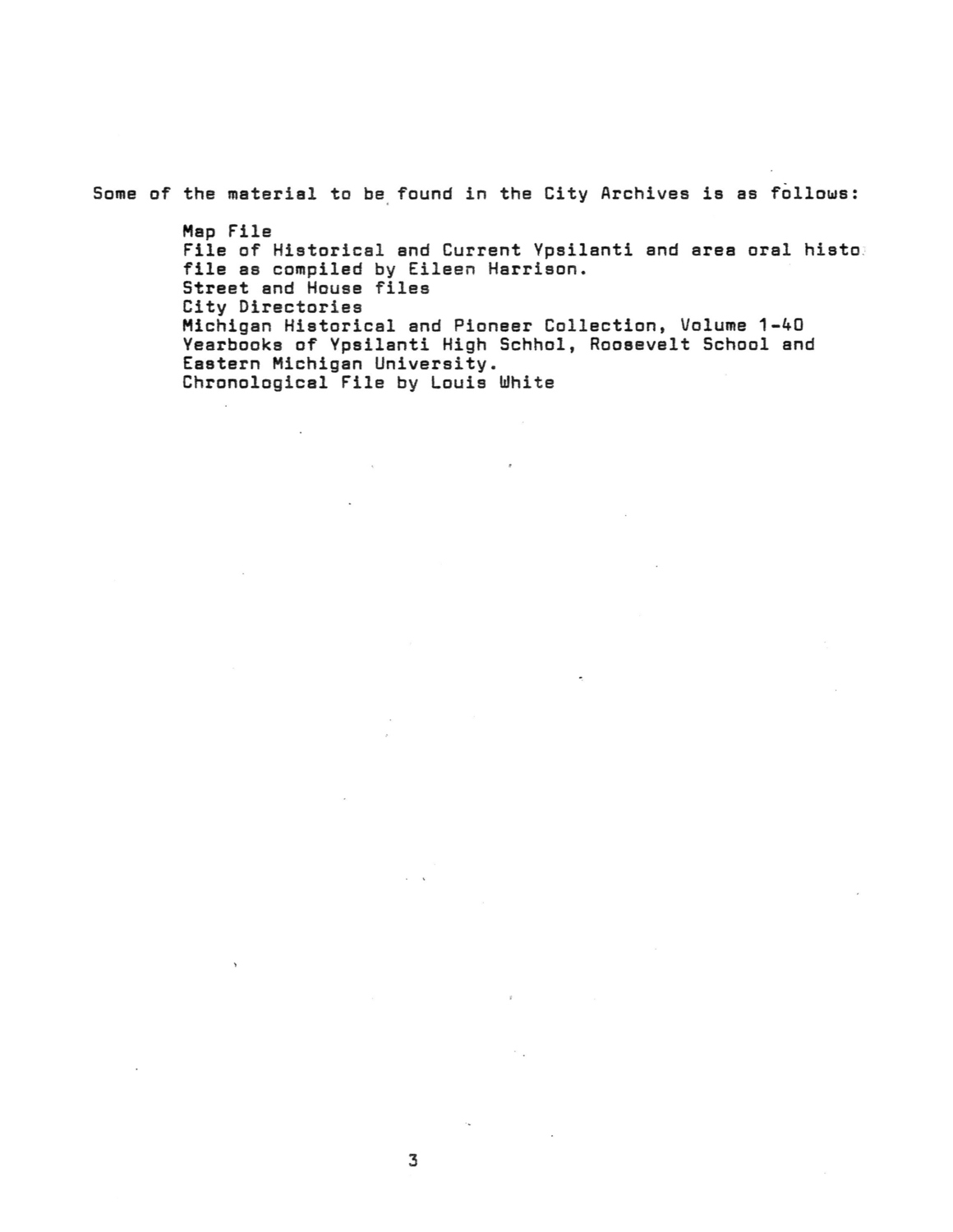 Did you ever wonder just what the Archives Collection in the Museum contains and why it is so important?

The collection has a long history, which really started when the cit was planning for its Centennial in 1923. Mrs. P. E. Skinner and Mrs. P. R. Cleary furnished material from their scrapbooks, letters and pictures. Miss Florence Shultes, History Professor at Michigan Stat Normal College, helped to organize the material which was given to Mr. Harvey Colburn to assist him in writing the Story of Ypsilanti.

Later, Mr. Louis S. White, an office worker for the Michigan Central Railroad, began his methodical work on collecting Ypsilanti material His work and his collections were recognized by the Mayor, Mr. Ray Burrell and the City Council who made him City Historian in 1935. He was given the use of a room on the third floor of the City Hall to use for some of the storage.

December 21, 1959, Mr. White petitioned the City Council to establish a Historical Committee and appoint a Historian. This the Council did and made Mr. White City Historian to serve an indefinite period. Through the efforts of the Mayor, Mr. Rodney Hutchinson, rooms on the second floor of the Municipal Court Building were refurbished and the Historical material was moved.

Marion Spear, a retired librarian was hired to organize the Historic materials. Mrs. Ruth Shaw, a charter member of the Historical Commi-tee assisted Miss Spear and also contributed 1200 Obituaries for the Biography file.

The Historical Society was formed in 1960 with Foster Fletcher as President. Plans were made by the Historical Committee, and the Society, for a Museum which would be staffed by members of the Socie

In 1965 the basement of the Public Library at 229 West Michigan Aven was renovated through City money, and the physical efforts of Willia Edmunds, Kenneth Leighton and Phoebe Miller. Now it was possible to lock Archival Material in a room and also to have a space for the display of materials.

Mrs. Donald Disbrow was hired by the City as the first Archivist on a part time basis. She was well qualified as a research person and a typist.

Louis White died in 1963 and left a gap in our historical ranks and a large collection of historical material which included 1631 films, an autobiographical file of 30,000 names, maps of the area, plus much more valuable material. In 1966 Foster L. Fletcher was appointe City Historian and it was his duty to go on with the preservation of the material collected by Louis White. (To be continued in the next edition of the Gleanings.)

The above article was written by Dorothy Disbrow when she was the Archivist and is used with her permission.

Some of the material to be found in the City Archives is as follows: