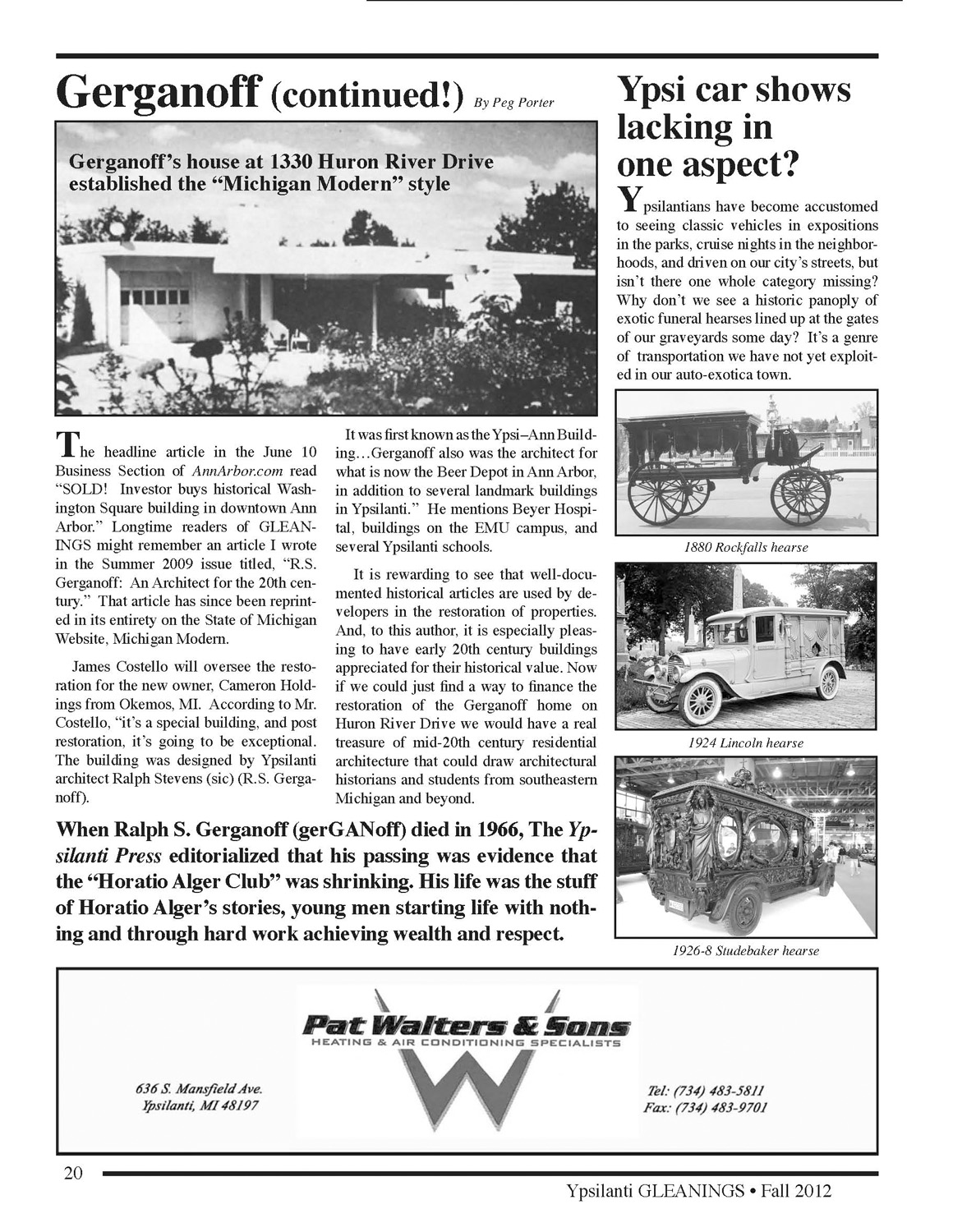 The headline article in the June 10 Business Section of AnnArbor.com read “SOLD! Investor buys historical Washington Square building in downtown Ann Arbor.” Longtime readers of Gleanings might remember an article I wrote in the Summer 2009 issue titled, “R.S. Gerganoff: An Architect for the 20th century.” That article has since been reprinted in its entirety on the State of Michigan Website, Michigan Modern.

James Costello will oversee the restoration for the new owner Cameron Holdings from Okemos. According to Mr. Costello, “it’s a special building, and post restoration, it’s going to be exceptional. The building was designed by Ypsilanti architect Ralph Stevens (sic) (R.S. Gerganoff.) It was first known as the Ypsi–Ann Building…Gerganoff also was the architect for what is now the Beer Depot in Ann Arbor, in addition to several landmark buildings in Ypsilanti.” He mentions Beyer Hospital, buildings on the EMU campus and several Ypsilanti schools.

It is rewarding to see that well-documented historical articles are used by developers in the restoration of properties. And to this author, it is especially pleasing, to have early 20th century buildings appreciated for their historical value. Now if we could just find a way to finance the restoration of the Gerganoff home on Huron River Drive we would have a real treasure of mid-20th century residential architecture that could draw architectural historians and students from southeastern Michigan and beyond.