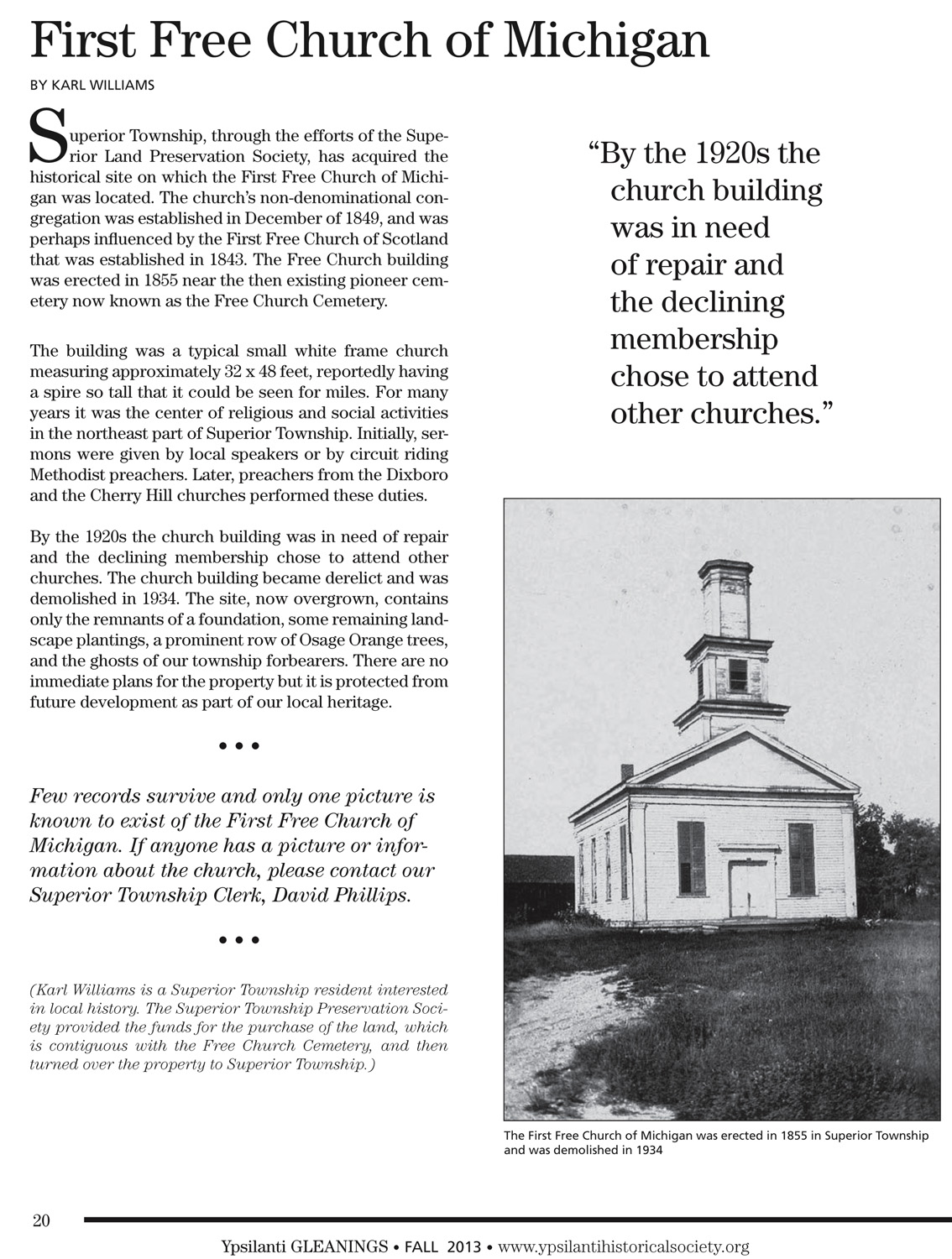 Superior Township, through the efforts of the Superior Land Preservation Society, has acquired the historical site on which the First Free Church of Michigan was located. The church’s non-denominational congregation was established in December of 1849, and was perhaps influenced by the First Free Church of Scotland that was established in 1843. The Free Church building was erected in 1855 near the then existing pioneer cemetery now known as the Free Church Cemetery. The building was a typical small white frame church measuring approximately 32 x 48 feet, reportedly having a spire so tall that it could be seen for miles. For many years it was the center of religious and social activities in the northeast part of Superior Township. Initially, sermons were given by local speakers or by circuit riding Methodist preachers. Later, preachers from the Dixboro and the Cherry Hill churches performed these duties. By the 1920s the church building was in need of repair and the declining membership chose to attend other churches. The church building became derelict and was demolished in 1934. The site, now overgrown, contains only the remnants of a foundation, some remaining landscape plantings, a prominent row of Osage Orange trees, and the ghosts of our township forbearers. There are no immediate plans for the property but it is protected from future development as part of our local heritage. Few records survive and only one picture is known to exist of the First Free Church of Michigan. If anyone has a picture or information about the church, please contact our Superior Township Clerk, David Phillips. (Karl Williams is a Superior Township resident interested in local history. The Superior Township Preservation Society provided the funds for the purchase of the land, which is contiguous with the Free Church Cemetery, and then turned over the property to Superior Township.)

Photo Captions: 1. The First Free Church of Michigan was erected in 1855 in Superior Township and was demolished in 1934.