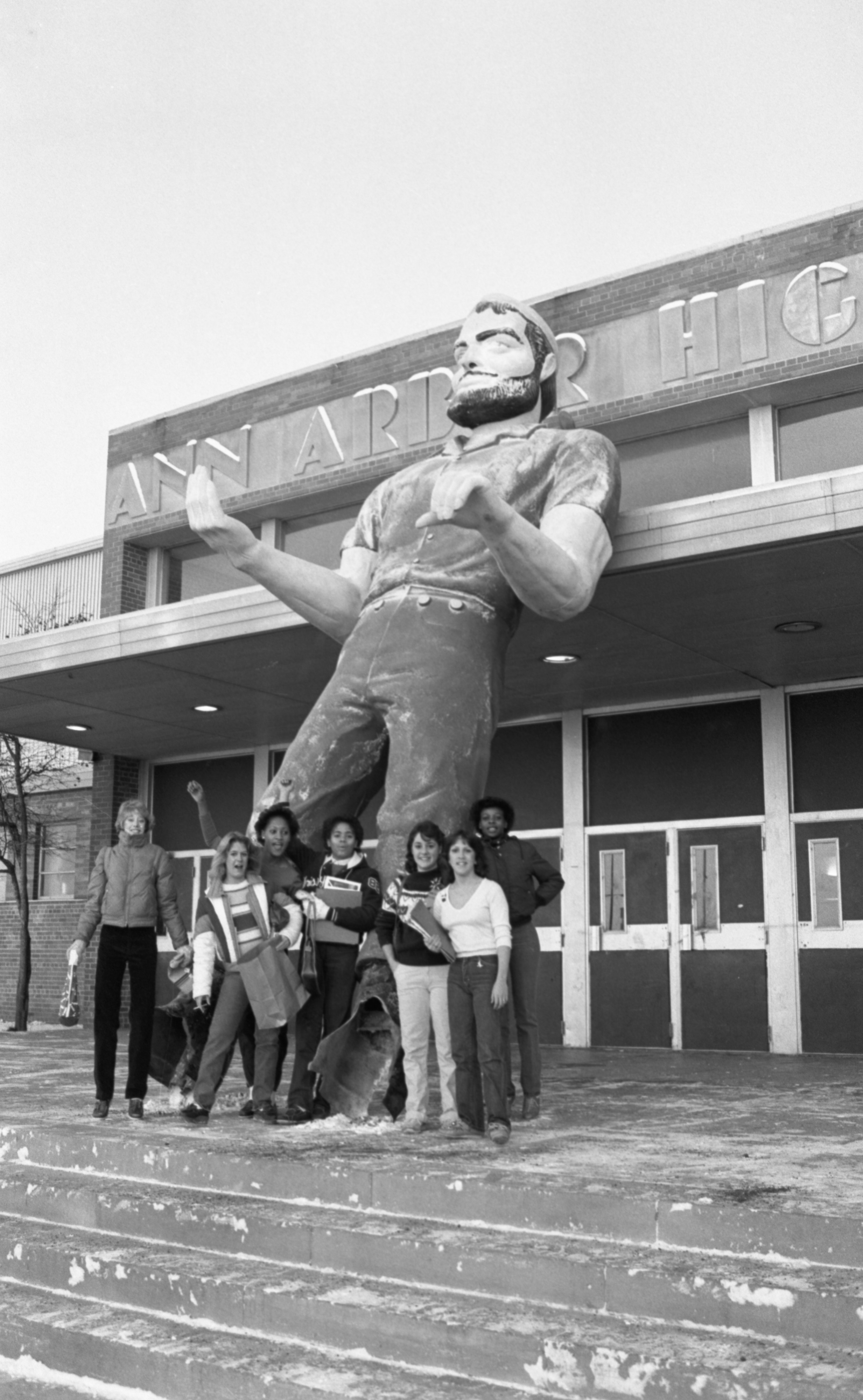 Published In
Ann Arbor News, December 18, 1981
Caption
GIANT MOVES: A 25-foot statue of the mythical lumberjack Paul Bunyan stands guard in front of Pioneer High School, an apparent last-day-before-vacation prank by unknown suspects. The fiberglass statue is one of the twin landmarks of the Paul Bunyan restaurant on Jackson Road in Scio Township taken down last week as part of remodeling. Restaurant owner Tom Urquhart today managed to chuckle at the incident. He said it was stolen between 12:30 and 6 a.m. by six people ("There were six different footprints"). Now he doesn't know what to do with it. It will cost him more to bring it back than what Urquhart thinks he can get from its sale. So, Paul Bunyan will have to face demolition or stay at Pioneer until someone buys him. So far, there are no buyers for the statues.
Month
December
Year
1981
Rights Held By
Donated by the Ann Arbor News. © The Ann Arbor News.
Copyright
Copyright Protected
Related
Giant Moves