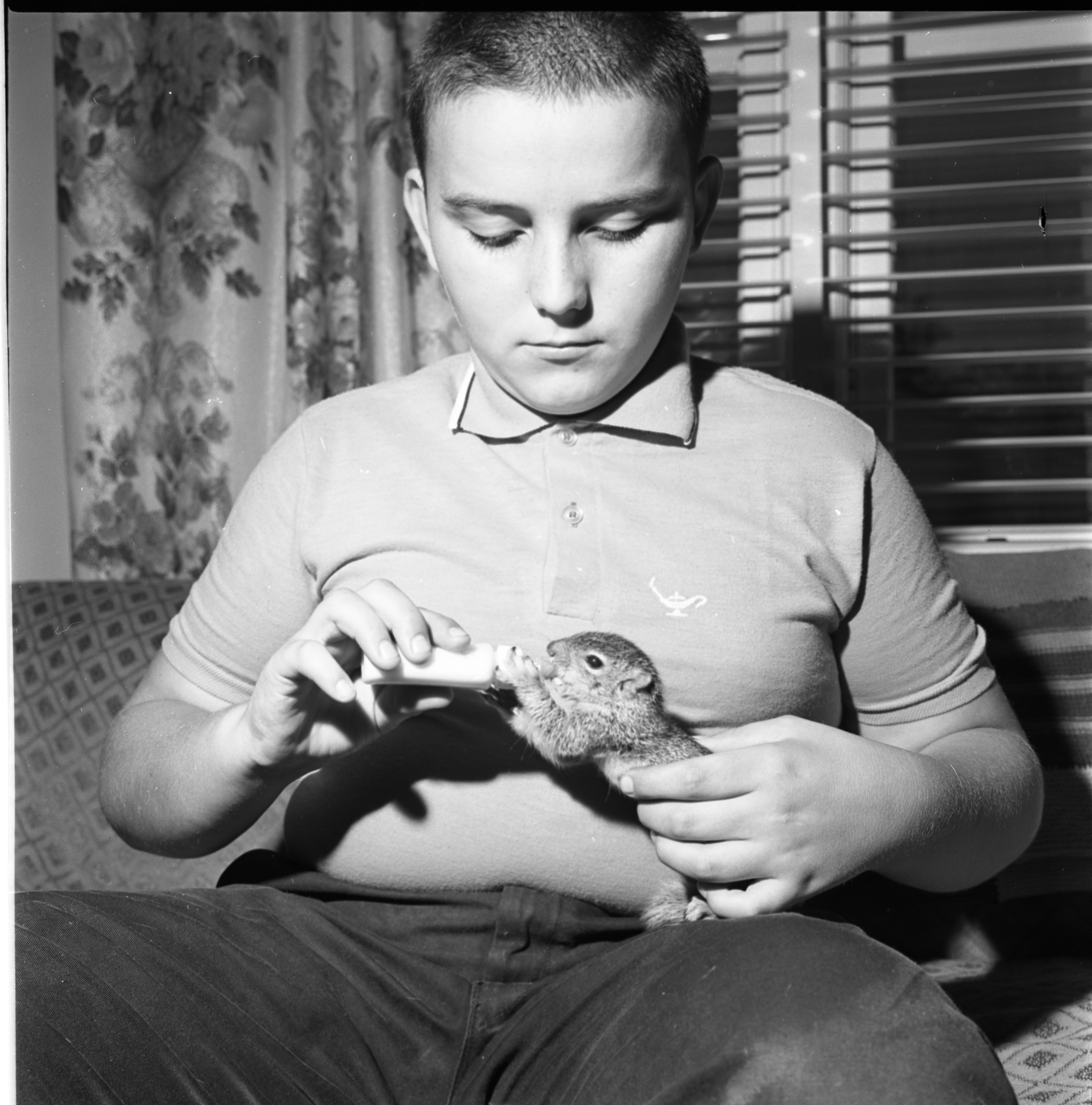 Day
1
Month
September
Year
1964
Caption
Squirrel Gets Squirt: A discarded glue bottle and evaporated milk make a substitute mother for this three-week-old squirrel who literally had a falling out with its real kin. Giving the baby squirrel some nourishment in preparation for its return to native habitat soon is Kenneth Hoyt, son of Mr. and Mrs. Leslie Hoyt of 104 Fairview. The squirrel was one of three which fell from a tree, one to its death and the other two being taken by several youngsters and nursed back to good health.
Published in Issue
Ann Arbor News, September 1, 1964
Rights Held By
Donated by the Ann Arbor News. © The Ann Arbor News.
Copyright
Copyright Protected