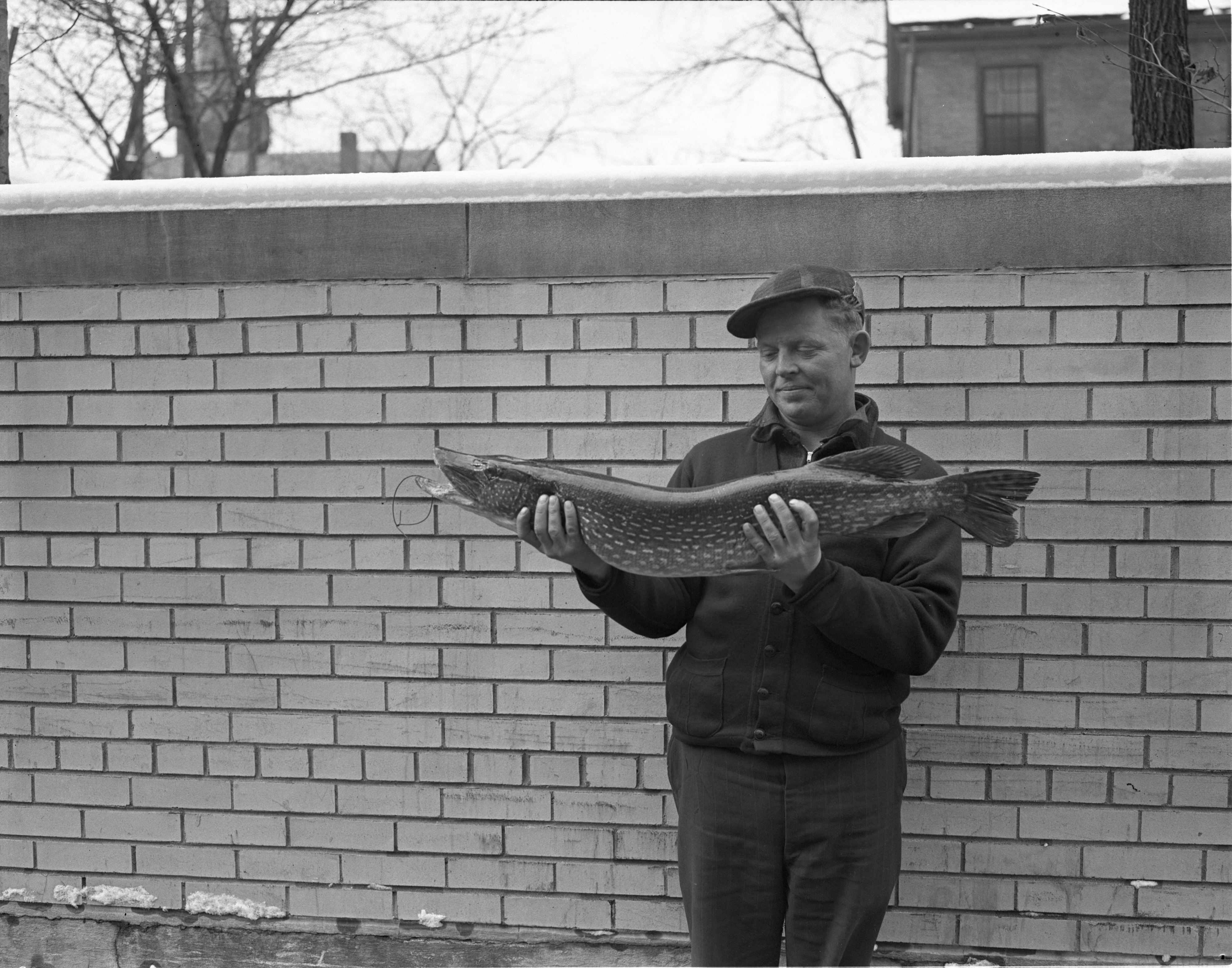 Month
February
Year
1941
Caption
LANDED AFTER STRUGGLE: There have been bigger pike speared this season by local anglers, but it is doubtful if there have been any bigger pike caught on a hook and line than the one which Russell Morton, 1620 Pear St., is shown holding in the above picture.
Morton made the catch, which weighed 13 1/4 pounds, at Little Silver Lake near Hamburg Sunday. He was fishing with a tip-up using a large minnow. He was forced to finally stick his hands down in the water and get hold of the gills before he could lift his prize out of the hole.
Published in Issue
Ann Arbor News, February 18, 1941
Rights Held By
Donated by the Ann Arbor News. © The Ann Arbor News.
Copyright
Copyright Protected