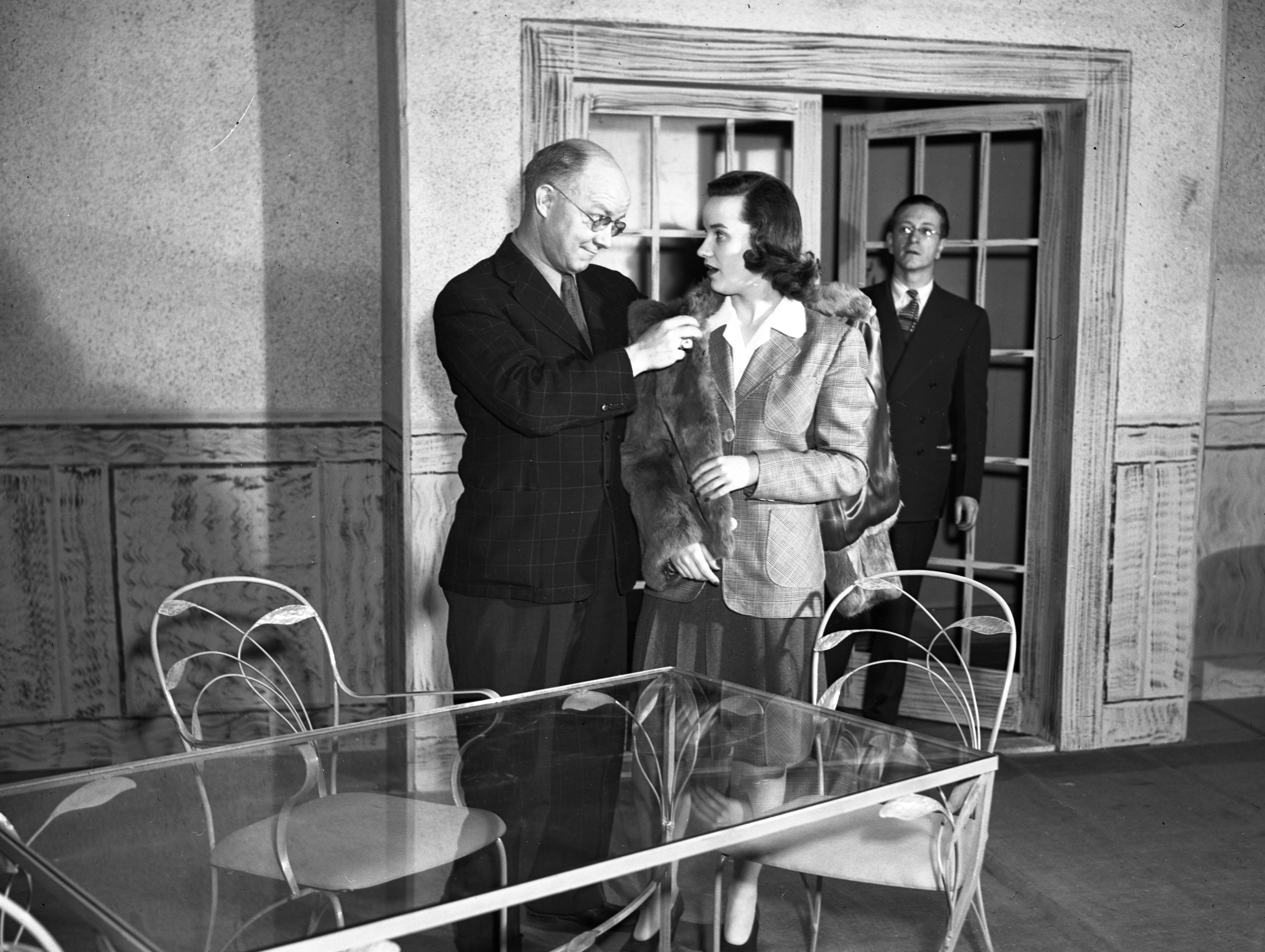 Published In
Ann Arbor News, March 13, 1943
Caption
In Civic Theater Benefit Play - G. Davis Sellards of Brooklyn Ave. and Margaret Allen, 1207 S. State St. (above) will play leading roles in the Civic Theatre production, "Easy Living" a three-act comedy to be given at 8:30 Monday and Tuesday nights in Pattengill auditorium. The performances are sponsored by the Junior Chamber of Commerce for its war service office and are open to the public. Miss Allen is a newcomer in Ann Arbor and in the theater group coming here from Findlay, O., with her sister, Ruth, who also has a part in the play. Mr. Sellards has scored several successes in the Civic Theatre's offerings in recent years.
Month
March
Year
1943
Rights Held By
Donated by the Ann Arbor News. © The Ann Arbor News.
Copyright
Copyright Protected
Related
In Civic Theater Benefit Play