University of Michigan at War: Company A Singers, July 1943 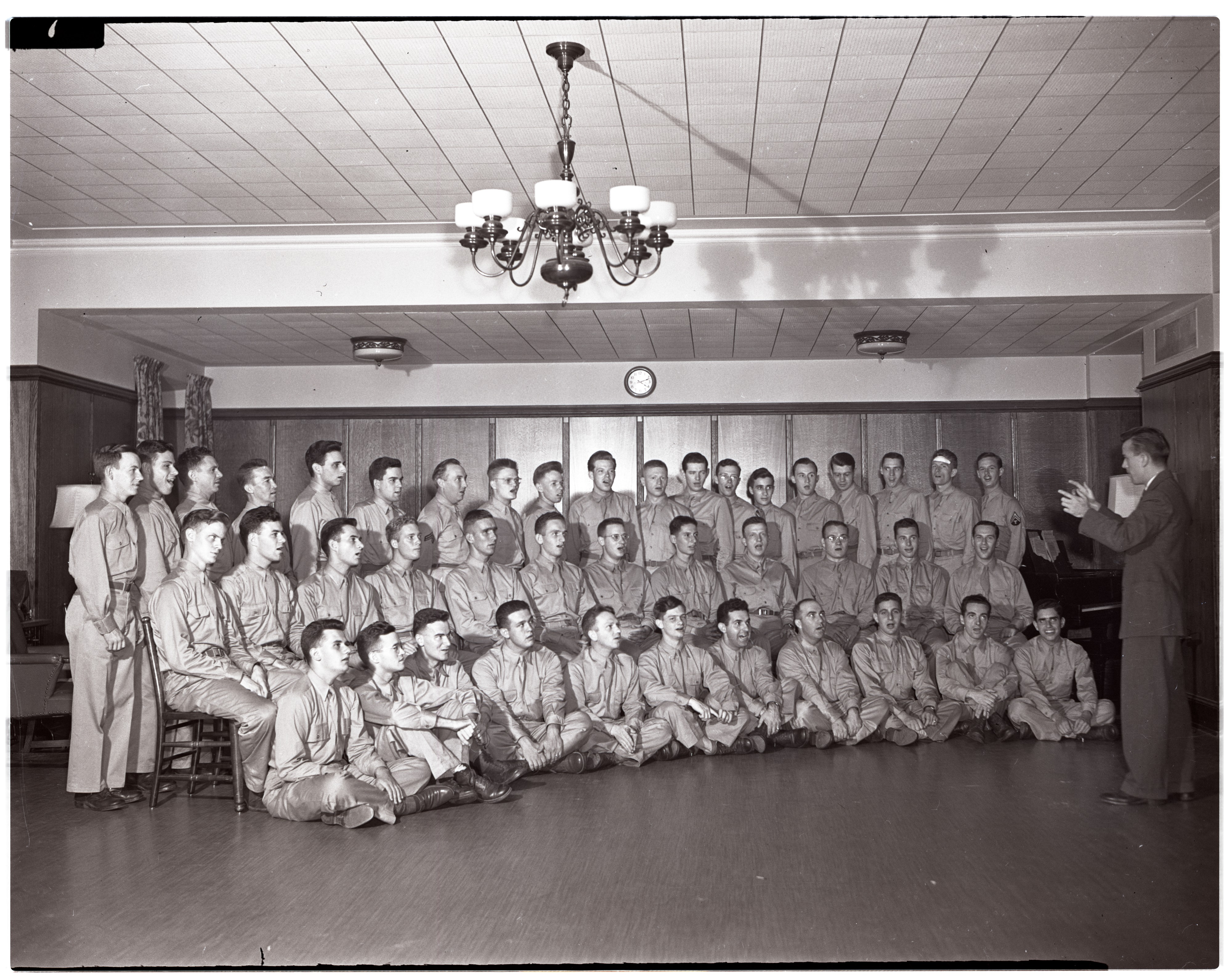 Published In
Ann Arbor News, July 29, 1943
Caption
ALL-SOLDIER CHOIR OF COMPANY A REHEARSES FOR CONCERT: Army men of the soldiers' chorus of Company A spend an average of three hours a week rehearsing under Bill Sawyer's direction for a concert they will give on Aug. 15 in Hill auditorium. In addition to the summer concert, the men will present songs and skits on Army life in a half-hour radio program over WJR this Saturday and again on Aug. 7. A large percentage of the men were members of the chorus when Company A presented its musical comedy, "Nips in the Bud" in the spring. In the above picture Bill Sawyer is shown at the right directing the chorus in one of the songs being prepared for the Aug. 15 concert.
Month
July
Year
1943
Rights Held By
Donated by the Ann Arbor News. © The Ann Arbor News.
Copyright
Copyright Protected