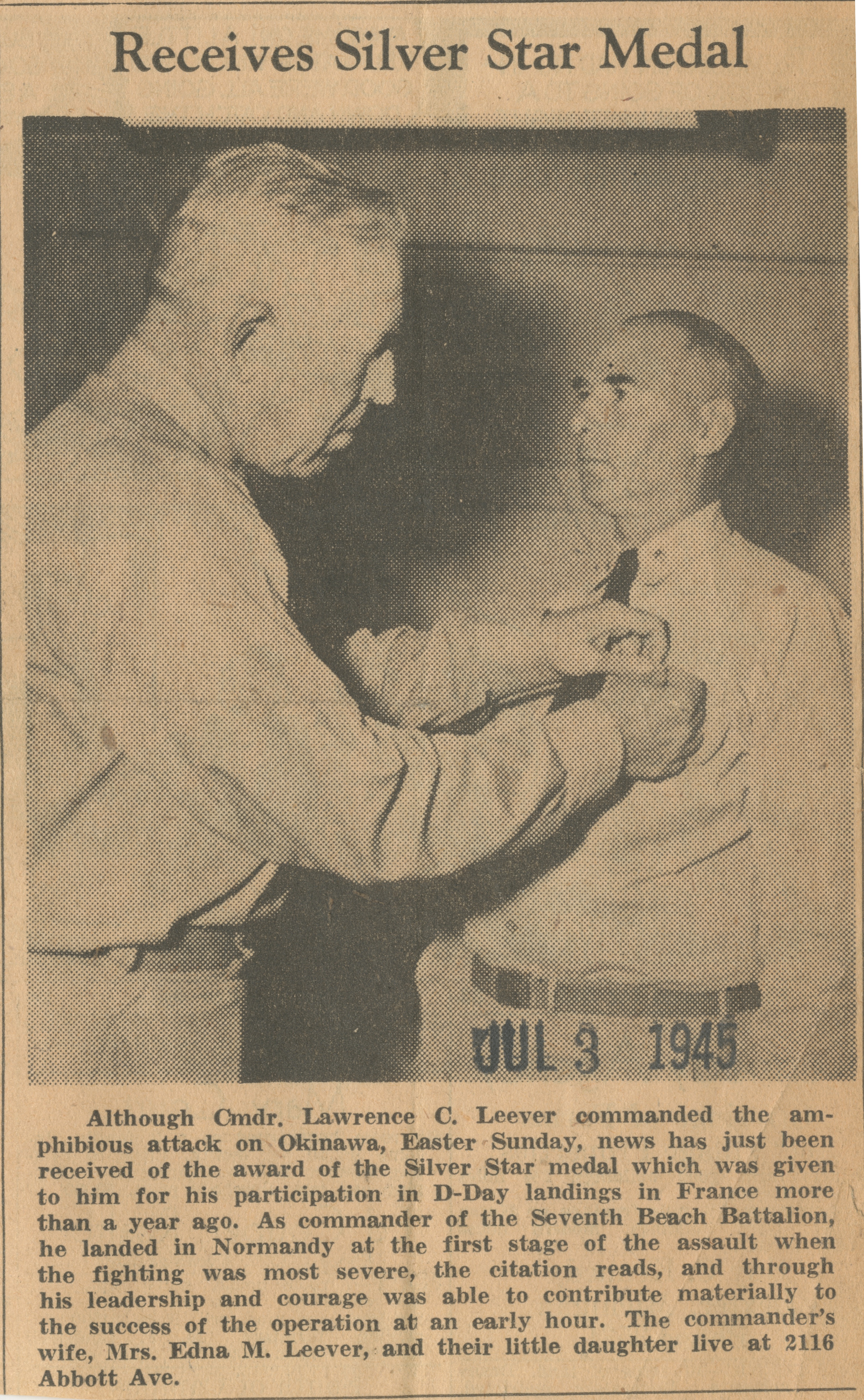 Although Cmdr. Lawrence C. Leever commanded the amphibious attack on Okinawa, Easter Sunday, news has just been received of the award of the Silver Star medal which was given to him for his participation in D-Day landings in France more than a year ago. As commander of the Seventh Beach Battalion, he landed in Normandy at the first stage of the assault when the fighting was most severe, the citation reads, and through his leadership and courage was able to contribute materially to the success of the operation at an early hour. The commander's wife, Mrs. Edna M Leever, and their little daughter live at 2116 Abbott Ave.