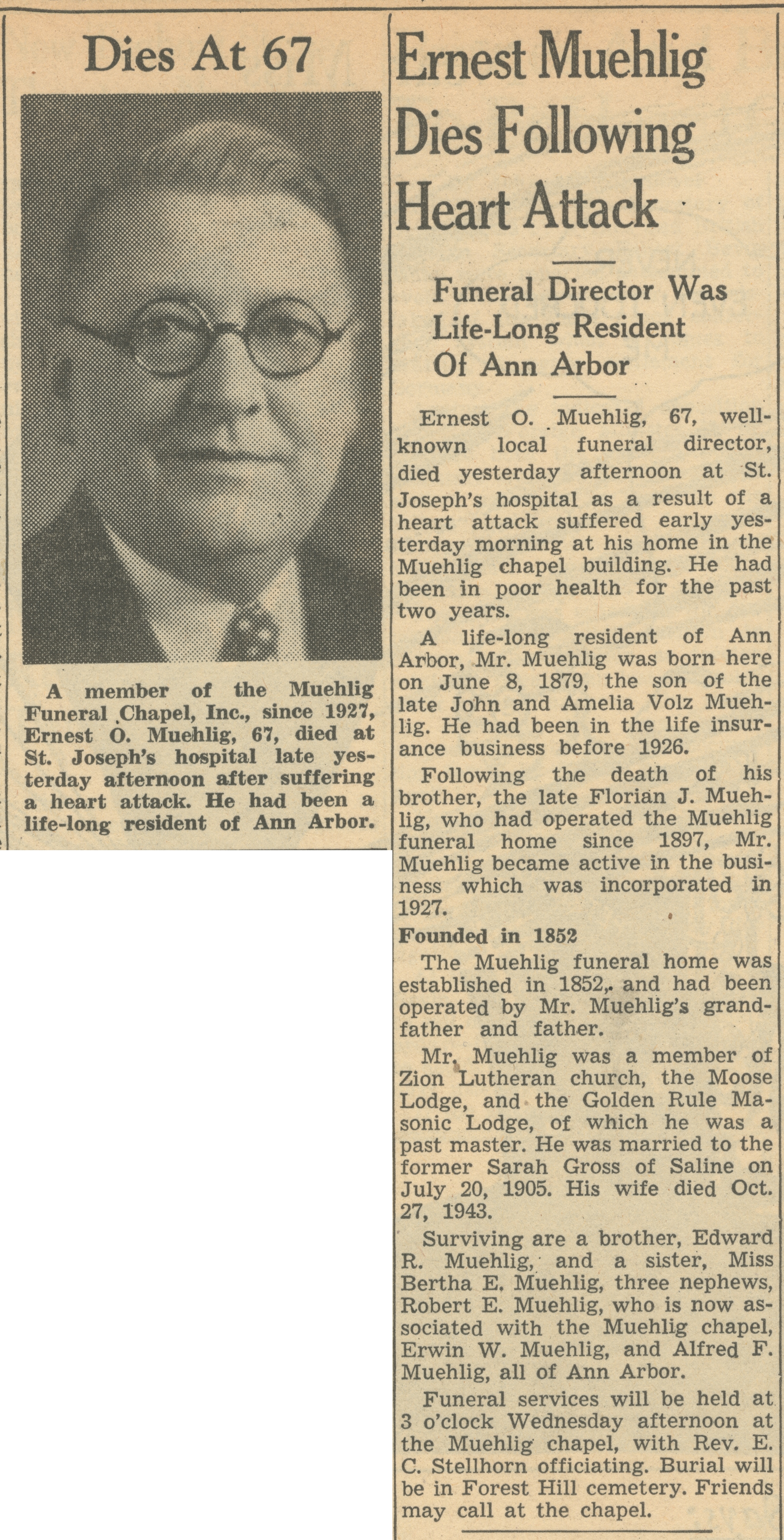 Ernest O. Muehlig, 67, well-known local funeral director, died yesterday afternoon at St. Joseph’s hospital as a result of a heart attack suffered early yesterday morning at his home in the Muehlig chapel building. He had been in poor health for the past two years.

A life-long resident of Ann Arbor, Mr. Muehlig was born here on June 8, 1879, the son of the late John and Amelia Volz Muehlig. He had been in the life insurance business before 1926.

Following the death of his brother, the late Florian J. Muehlig, who had operated the Muehlig funeral home since 1897, Mr. Muehlig became active in the business which was incorporated in 1927.

The Muehlig funeral home was established in 1852, and had been operated by Mr. Muehlig’s grandfather and father.

Mr. Muehlig was a member of Zion Lutheran church, the Moose Lodge, and the Golden Rule Masonic Lodge, of which he was a past master. He was married to the former Sarah Gross of saline on July 20, 1905. His wife died Oct. 27, 1943.

Funeral services will be held at 3 o’clock Wednesday afternoon at the Muehlig chapel, with Rev. E. C. Stellhorn officiating. Burial will be in Forest Hill cemetery. Friends may call at the chapel.

PHOTO CAPTION: Dies At 67: A member of the Muehlig Funeral Chapel, Inc., since 1927, Ernest O. Muehlig, 67, died at St. Joseph’s hospital late yesterday afternoon after suffering a heart attack. He had been a life-long resident of Ann Arbor.