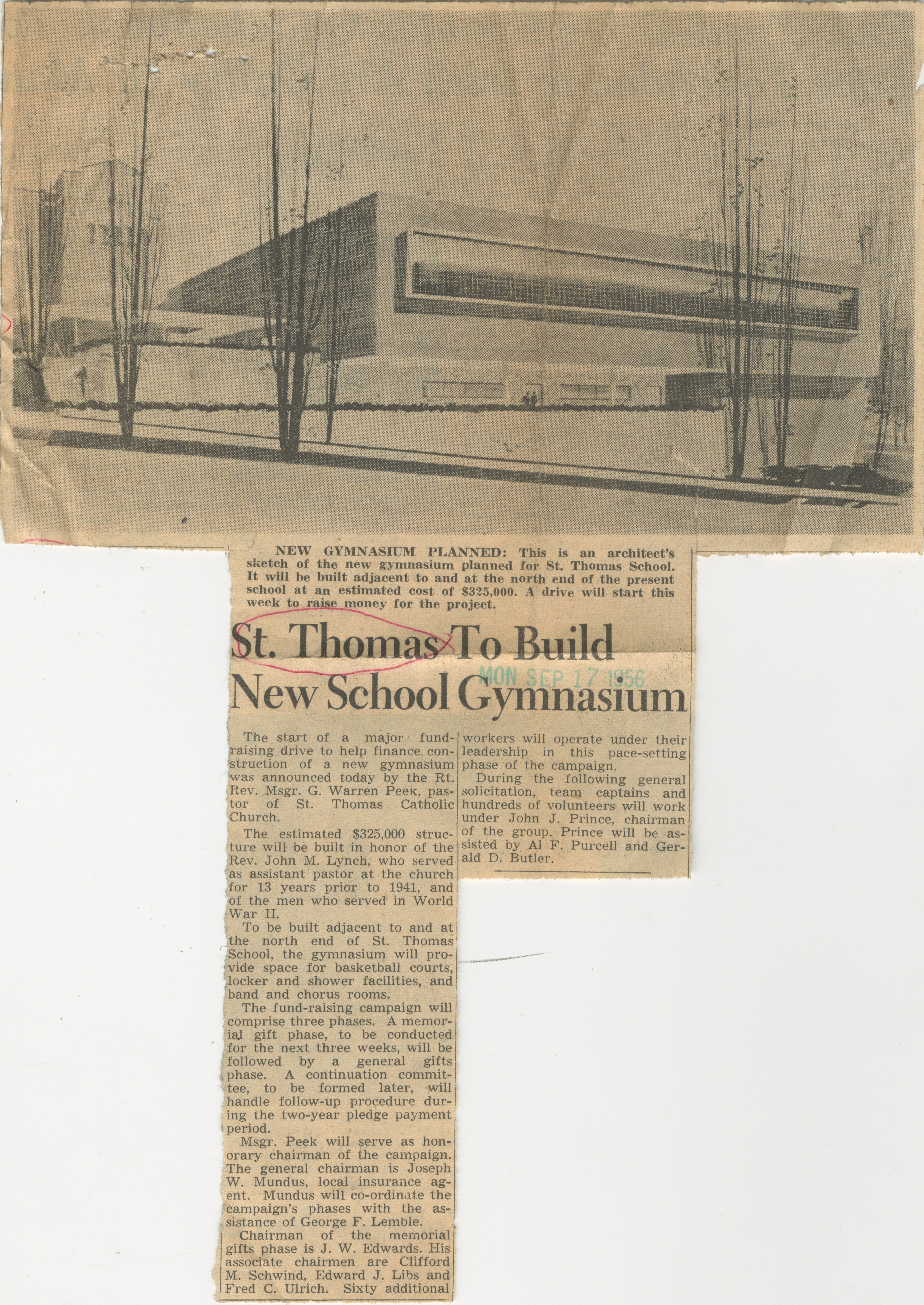 NEW GYMNASIUM PLANNED: This is an architect’s sketch of the new gymnasium planned for St. Thomas School. It will be built adjacent to and at the north end of the present school at an estimated cost of $325,000. A drive will start this week to raise money for the project.

The start of a major fundraising drive to help finance construction of a new gymnasium was announced today by the Rt. Rev. Msgr. G. Warren Peek, pastor of St. Thomas Catholic Church.

The estimated $325,000 structure will be built in honor of the Rev. John M. Lynch, who served as assistant pastor at the church for 13 years prior to 1941, and of the men who served in World War II.

To be built adjacent to and at the north end of St. Thomas School, the gymnasium will provide space for basketball courts, locker and shower facilities, and band and chorus rooms.

The fund-raising campaign will comprise three phases. A memorial gift phase, to be conducted for the next three weeks, will be followed by a general gifts phase. A continuation committee, to be formed later, will handle follow-up procedure during the two-year pledge payment period.

Msgr. Peek will serve as honorary chairman of the campaign. The general chairman is Joseph W. Mundus, local insurance agent. Mundus will co-ordinate the campaign’s phases with the assistance of George F. Lemble.

Chairman of the memorial gifts phase is J. W. Edwards. His associate chairmen are Clifford M. Schwind, Edward J. Libs and Fred C. Ulrich. Sixty additional workers will operate under their leadership in this pace-setting phase of the campaign.

During the following general solicitation, team captains and hundreds of volunteers will work under John J. Prince, chairman of the group. Prince will be assisted by Al F. Purcell and Gerald D. Butler.