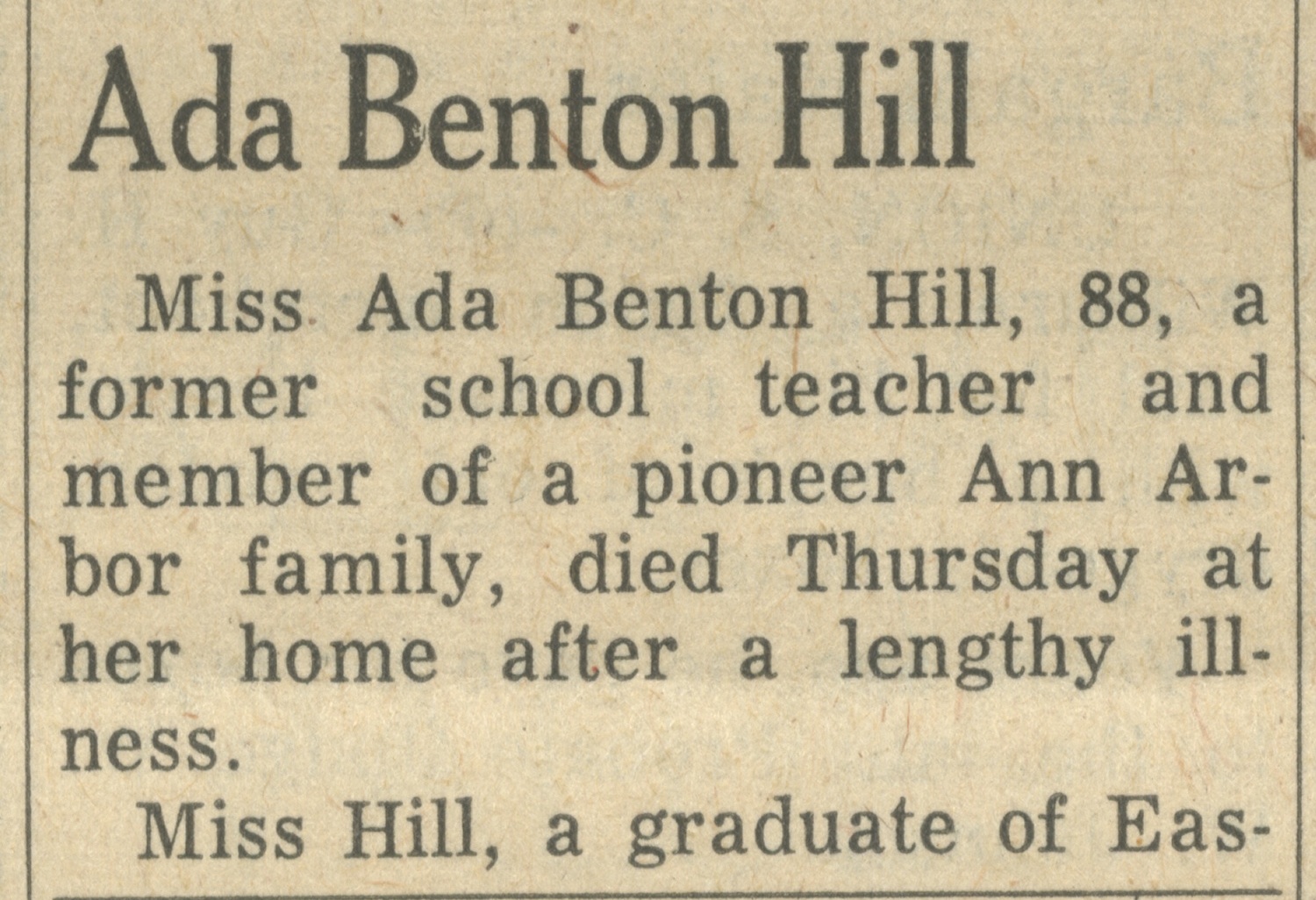 Miss Ada Benton Hill, 88, a former school teacher and member of a pioneer Ann Arbor family, died Thursday at her home after a lengthy illness.

Miss Hill, a graduate of Eastern Michigan University, taught kindergarten in Ypsilanti and Coldwater. She was a foster parent to three children.

Her grandparents settled in Ann Arbor in 1827 and 1837. One of the grandparents, Eli Benton, aided slaves coming to this area during the Civil War. A second grandparent, Fitch Hill, owned and operated a planing mill in what is now Eberwhite Subdivision.

She was a member of the First Congregational Church and was at one time active in a number of local clubs and groups, including the Ann Arbor Community Center.

Miss Hill was preceded in death by a brother and second foster son, Laurence A. Hill, who died in 1941.

The body will be cremated.

Graveside services will be announced by the Muehlig Chapel.