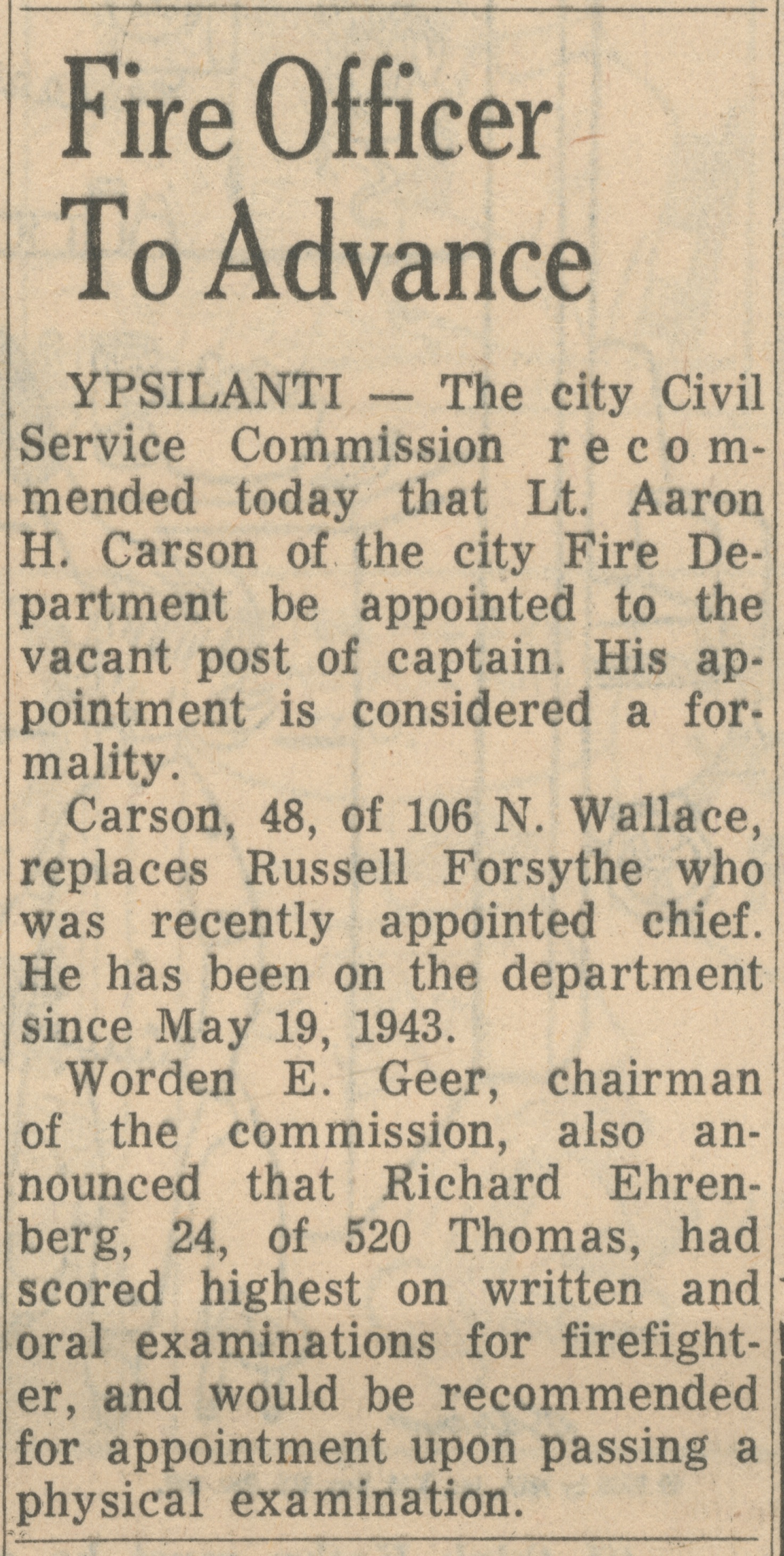 YPSILANTI - The city Civil Service Commission recommended today that Lt. Aaron H. Carson of the city Fire Department be appointed to the vacant post of captain. His appointment is considered a formality.
Carson, 48, of 106 N. Wallace, replaces Russell Forsythe who was recently appointed chief. He has been on the department since May 19, 1943.
Worden E. Geer, chairman of the commission, also announced that Richard Ehrenberg, 24, of 520 Thomas, had scored highest on written and oral examinations for firefighter, and would be recommended for appointment upon passing a physical examination.