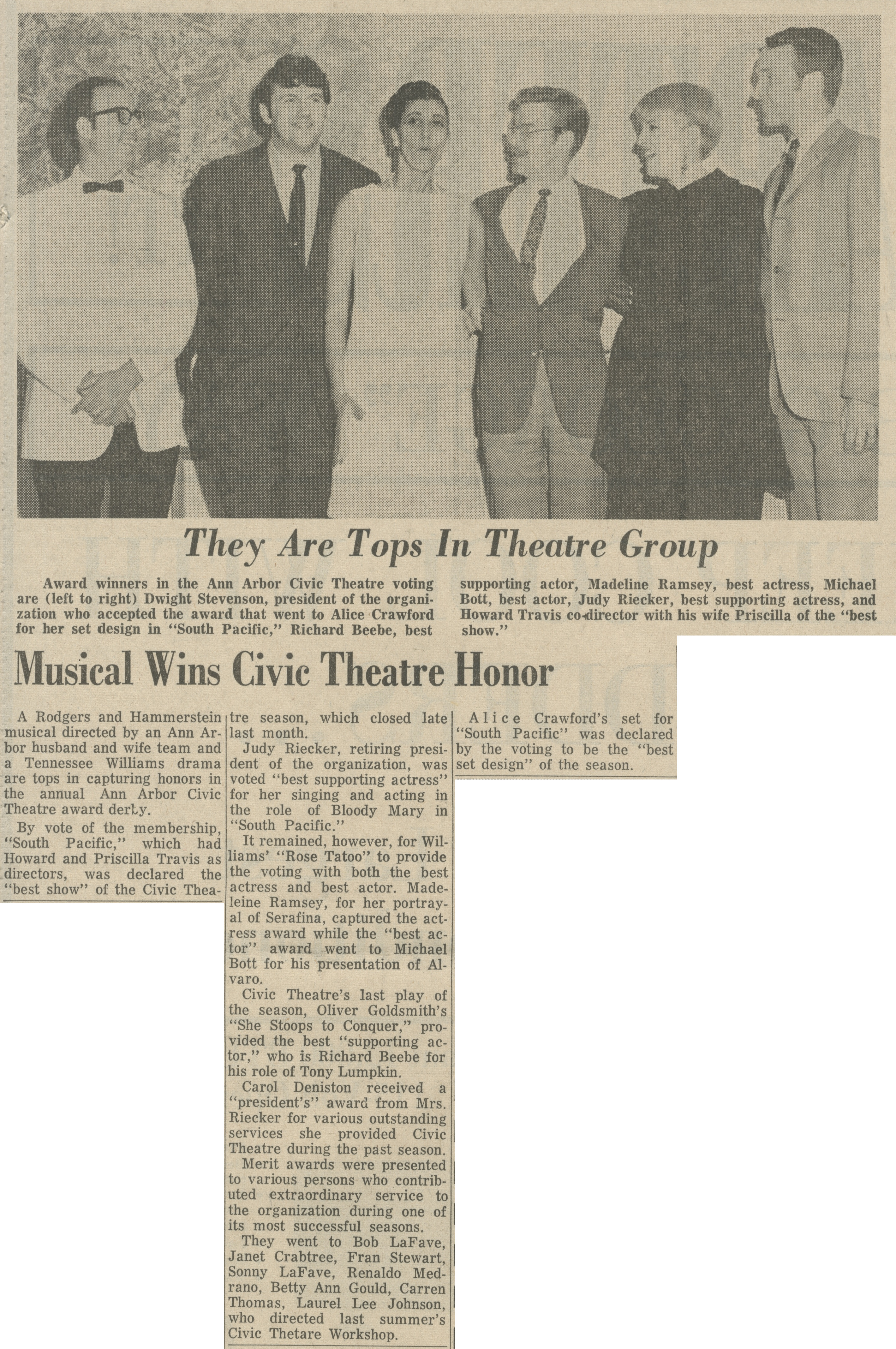 A Rodgers and Hammerstein musical directed by an Ann Arbor husband and wife team and a Tennessee Williams drama are tops in capturing honors in the annual Ann Arbor Civic Theatre award derby.

By vote of the membership, “South Pacific,” which had Howard and Priscilla Travis as directors, was declared the “best show” of the Civic Theatre season, which closed late last month.

Judy Riecker, retiring president of the organization, was voted “best supporting actress” for her singing and acting in the role of Bloody Mary in “South Pacific.”

It remained, however, for Williams' “Rose Tattoo” to provide the voting with both the best actress and best actor. Madeleine Ramsey, for her portrayal of Serafina, captured the actress award while the “best actor” award went to Michael Bott for his presentation of Alvaro.

Civic Theatre’s last play of the season, Oliver Goldsmith’s “She Stoops to Conquer,” provided the best “supporting actor,” who is Richard Beebe for his role of Tony Lumpkin.

Carol Deniston received a "president’s” award from Mrs. Riecker for various outstanding services she provided Civic Theatre during the past season.

Merit awards were presented to various persons who contributed extraordinary service to the organization during one of its most successful seasons.

Alice Crawford’s set for “South Pacific” was declared by the voting to be the “best set design” of the season.

﻿They Are Tops In Theatre Group