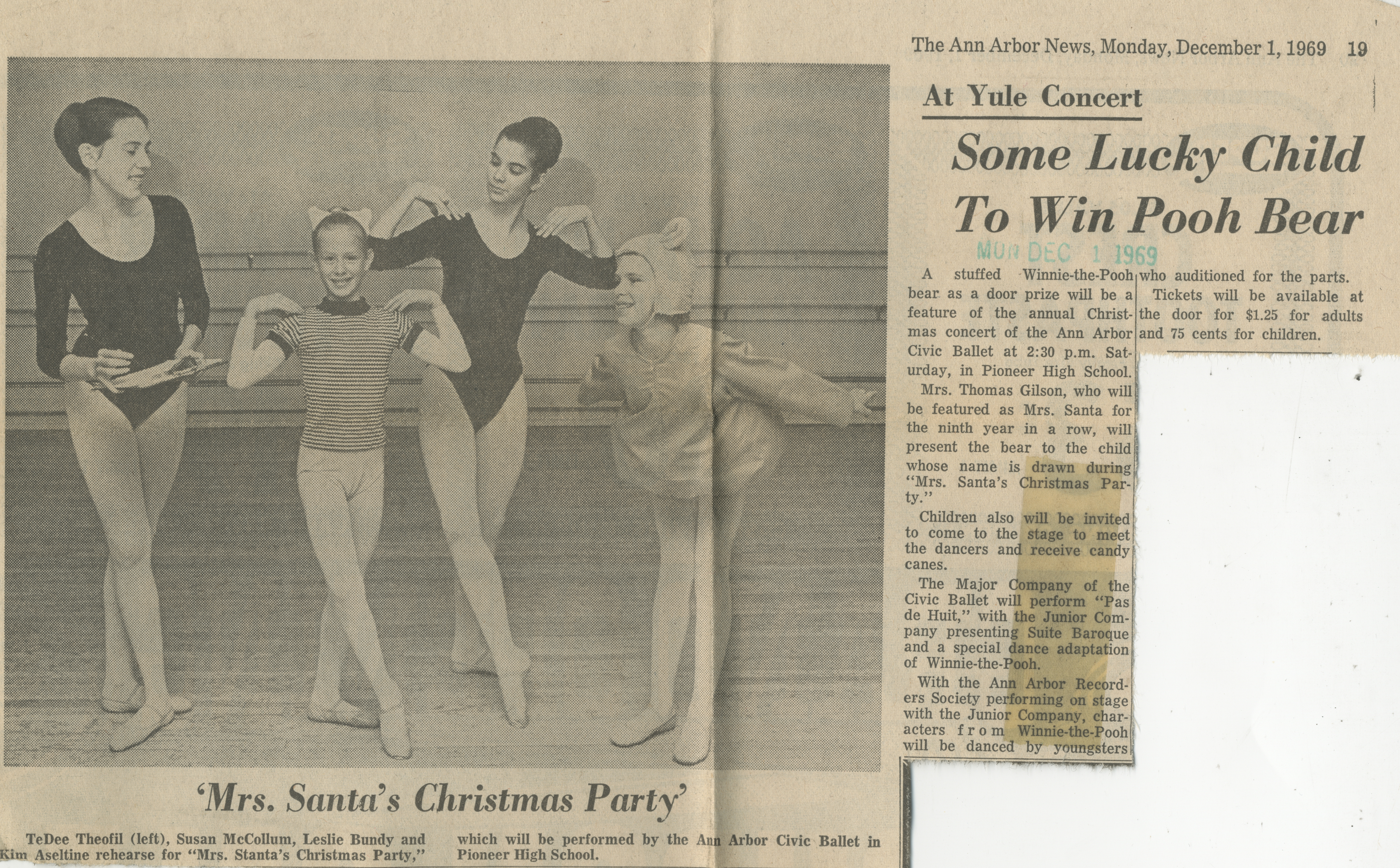 A stuffed Winnie-the-Pooh bear as a door prize will be a feature of the annual Christmas concert of the Ann Arbor Civic Ballet at 2:30 p.m. Saturday, in Pioneer High School.

Mrs. Thomas Gilson, who will be featured as Mrs. Santa for the ninth year in a row, will present the bear to the child whose name is drawn during “Mrs. Santa’s Christmas Party.”

Children also will be invited to come to the stage to meet the dancers and receive candy canes.

The Major Company of the Civic Ballet will perform “Pas de Huit,” with the Junior Company presenting Suite Baroque and a special dance adaptation of Winnie-the-Pooh.

With the Ann Arbor Recorders Society performing on stage with the Junior Company, characters from Winnie-the-Pooh will be danced by youngsters who auditioned for the parts.

Tickets will be available at the door for $1.25 for adults and 75 cents for children.