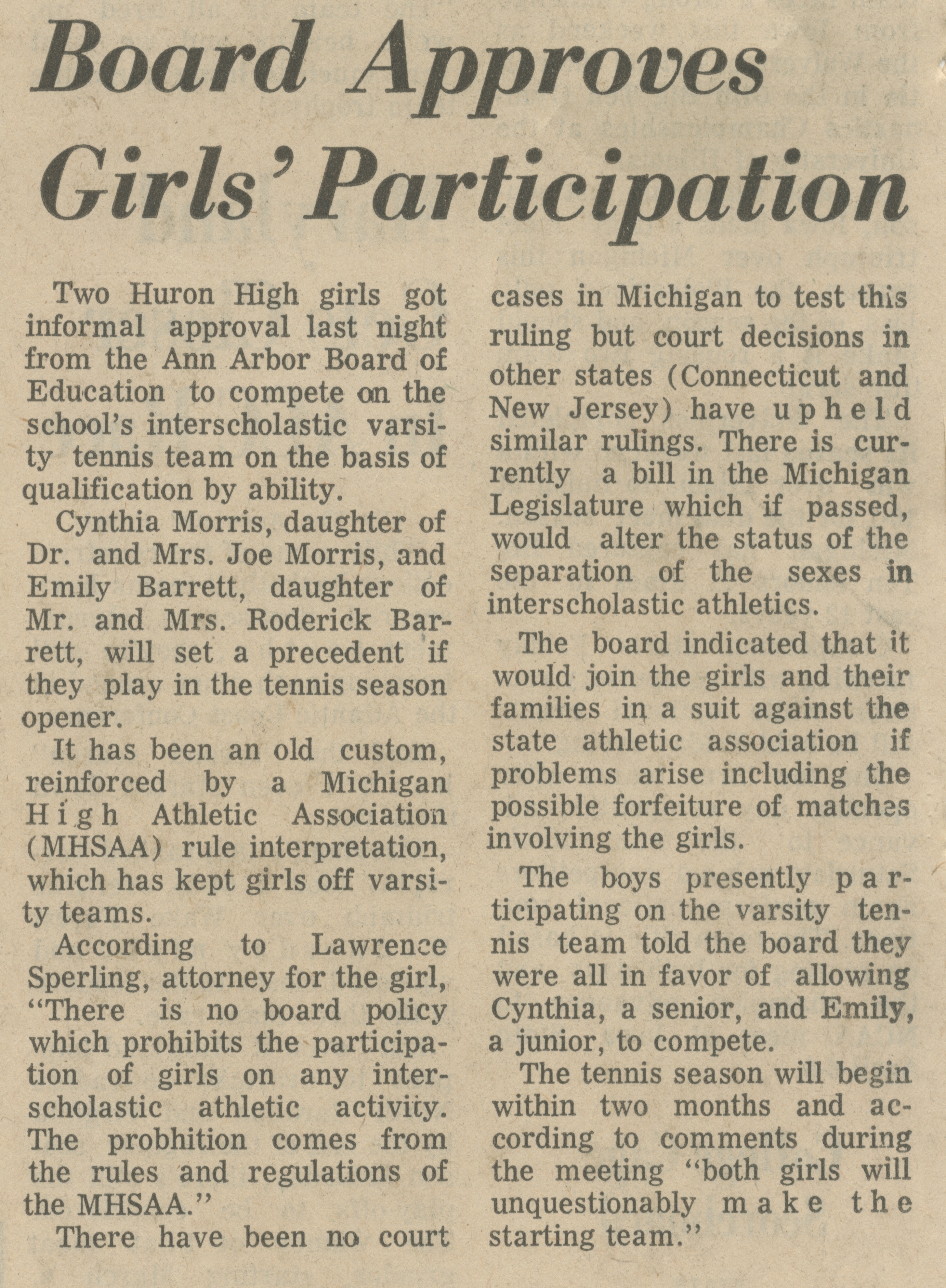 Two Huron High girls got informal approval last night from the Ann Arbor Board of Education to compete on the school's interscholastic varsity tennis team on the basis of qualification by ability. Cynthia Morris, daughter of Dr. and Mrs. Joe Morris, and Emily Barrett, daughter of Mr. and Mrs. Roderick Barrett, will set a precedent if they play in the tennis season opener. It has been an oíd custom, reinforced by a Michigan High Athletic Association (MHSAA) rule interpretation, which has kept girls off varsity teams. According to Lawrence Sperling, attorney for the girl, "There is no board policy which prohibits the participation of girls on any interscholastic athletic aetivity. The probhition comes from the rules and regulations of the MHSAA." There have been no court cases in Michigan to test this ruling but court decisions in other states (Connecticut and New Jersey) have upheld similar rulings. There is 1 rently a bilí in the Michigan Legislature which if passed, would alter the status of the separation of the sexes in interscholastic athletics. The board indicated that it would join the girls and their families in a suit against the state athletic association if problems arise including the possible forfeiture of matches involving the girls. The boys presently participating on the varsity tennis team told the board they were all in favor of allowing Cynthia, a senior, and Emily, a junior, to compete. The tennis season will begin within two months and according to comments during the meeting "both girls will unquestionably make the starting team."