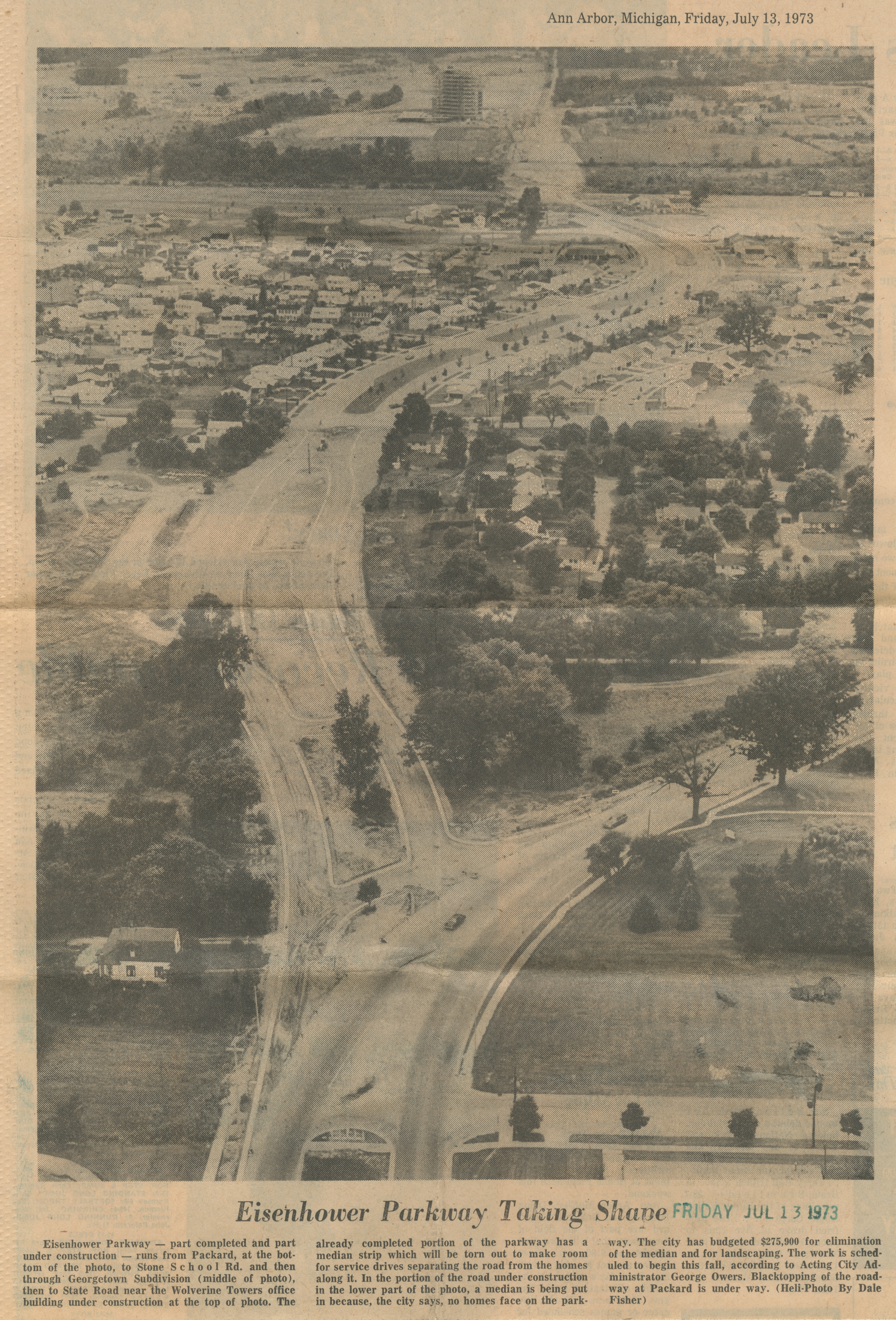 Eisenhower Parkway - part completed and part under construction - runs from Packard, at the bottom of the photo, to Stone School Rd. and then through Georgetown Subdivision (middle of photo), then to State Road near the Wolverine Towers office building under construction at the top of the photo. The already completed portion of the parkway has a median strip which will be torn out to make room for service drives separating the road from the homes along it. In the portion of the road under construction in the lower part of the photo, a median is being put in because, the city says, no homes face on the parkway. The city has budgeted $275,900 for elimination of the median and for landscaping. The work is scheduled to begin this fall, according to Acting City Administrator George Owers. Blacktopping of the roadway at Packard is under way. (Heli-Photo by Dale Fisher)