Ufer's No. 363 Delayed A Little While 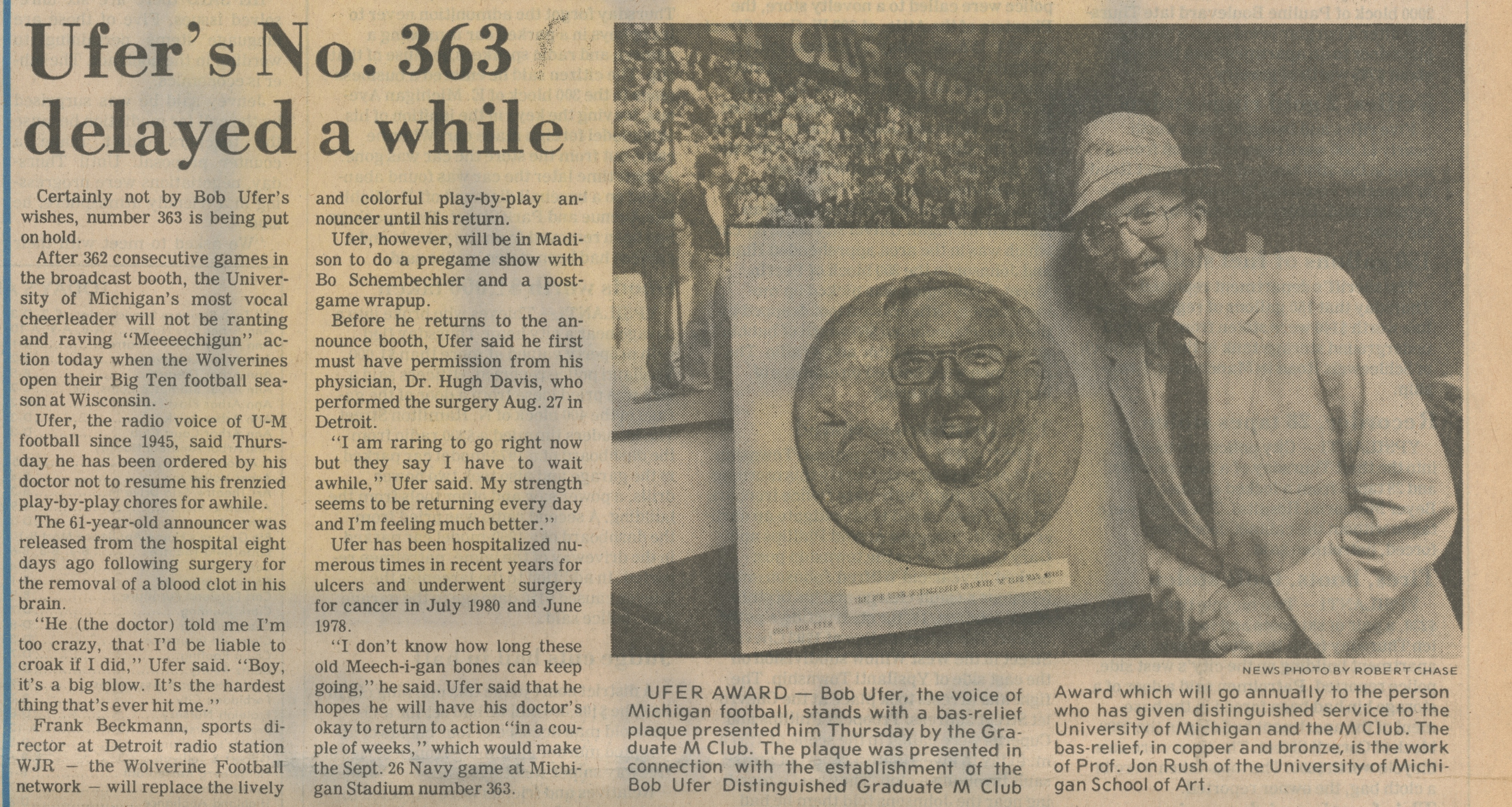 Certainly not by Bob Ufer’s wishes, number 363 is being put on hold.

After 362 consecutive games in the broadcast booth, the University of Michigan’s most vocal cheerleader will not be ranting and raving “Meeeechigun” action today when the Wolverines open their Big Ten football season at Wisconsin.

Ufer, the radio voice of U-M football since 1945, said Thursday he has been ordered by his doctor not to resume his frenzied play-by-play chores for awhile.

The 61-year-old announcer was released from the hospital eight days ago following surgery for the removal of a blood clot in his brain.

Ufer, however, will be in Madison to do a pregame show with Bo Schembechler and a postgame wrapup.

Before he returns to the announce booth, Ufer said he first must have permission from his physician, Dr. Hugh Davis, who performed the surgery Aug. 27 in Detroit.

“I am raring to go right now but they say I have to wait awhile,” Ufer said. My strength seems to be returning every day and I’m feeling much better.”

Ufer has been hospitalized numerous times in recent years for ulcers and underwent surgery for cancer in July 1980 and June 1978.

“I don’t know how long these old Meech-i-gan bones can keep going,” he said. Ufer said that he hopes he will have his doctor’s okay to return to action “in a couple of weeks," which would make the Sept. 26 Navy game at Michigan Stadium number 363.

UFER AWARD — Bob Ufer, the voice of Michigan football, stands with a bas-relief plaque presented him Thursday by the Graduate M Club. The plaque was presented in connection with the establishment of the Bob Ufer Distinguished Graduate M Club Award which will go annually to the person who has given distinguished service to the University of Michigan and the M Club. The bas-relief, in copper and bronze, is the work of Prof. Jon Rush of the University of Michigan School of Art.