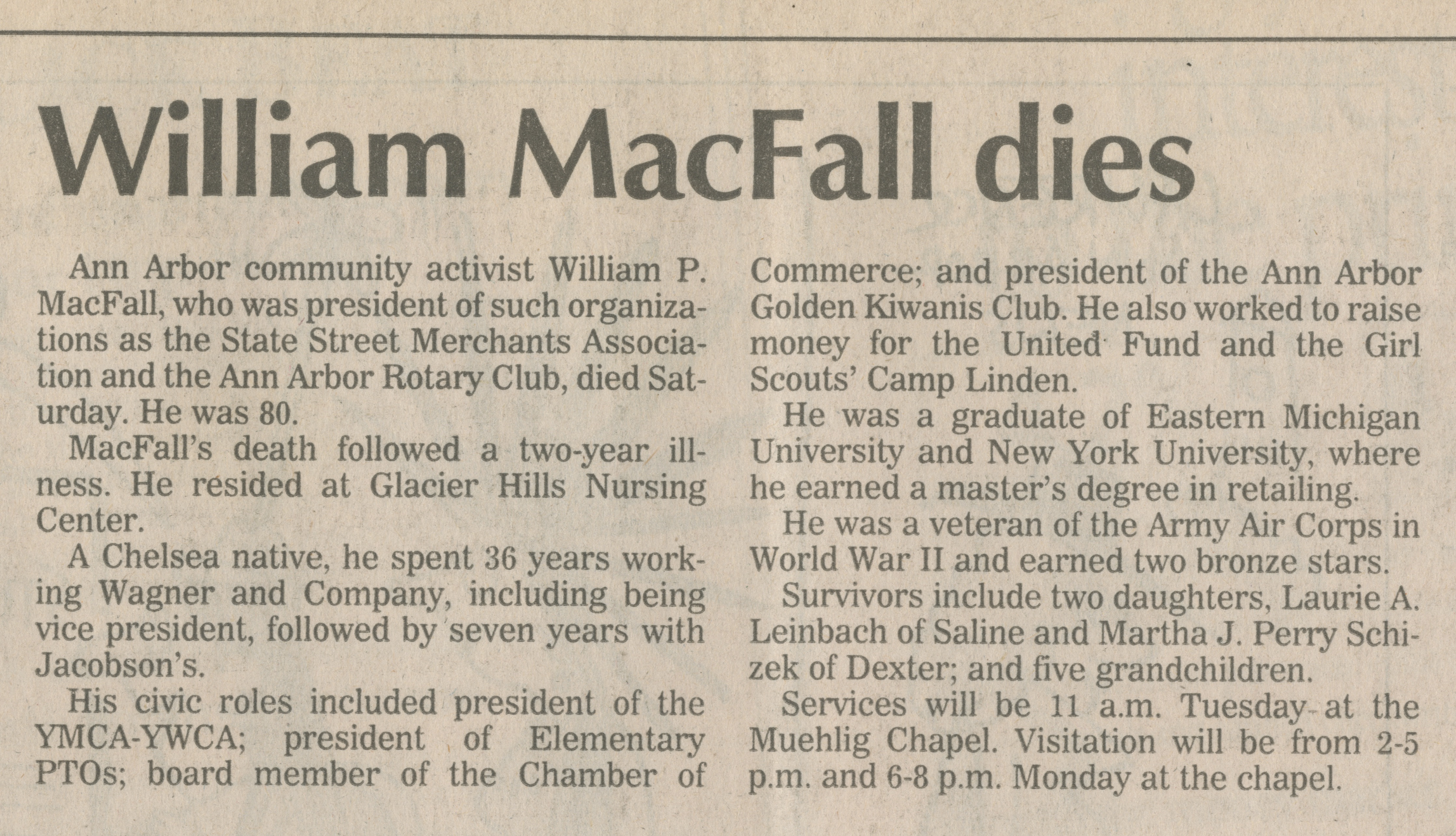 Ann Arbor community activist William P. MacFall, who was president of such organizations as the State Street Merchants Association and the Ann Arbor Rotary Club, died Saturday. He was 80.
MacFall's death followed a two-year illness. He resided at Glacier Hills Nursing Center.
A Chelsea native, he spend 36 years working Wagner and Company, including being vice president, followed by seven years with Jacobson's.
His civic roles included president of the YMCA-YWCA; president of the Elementary PTOs; board member of the Chamber of Commerce; and president of the Ann Arbor Golden Kiwanis Club. He also worked to raise money for the United Fund and the Girl Scout's Camp Linden.
He was a graduate of Eastern Michigan University and New York University, where he earned a master's degree in retailing.
He was a veteran of the Army Air Corps in World War II and earned two bronze stars.
Survivors include two daughters, Laurie A. Leinbach of Saline and Martha J. Perry Schizek of Dexter; and five grandchildren.
Services will be 11 a.m. Tuesday at the Muehlig Chapel. Visitation will be from 2-5 p.m. and 6-8 p.m. Monday at the chapel.