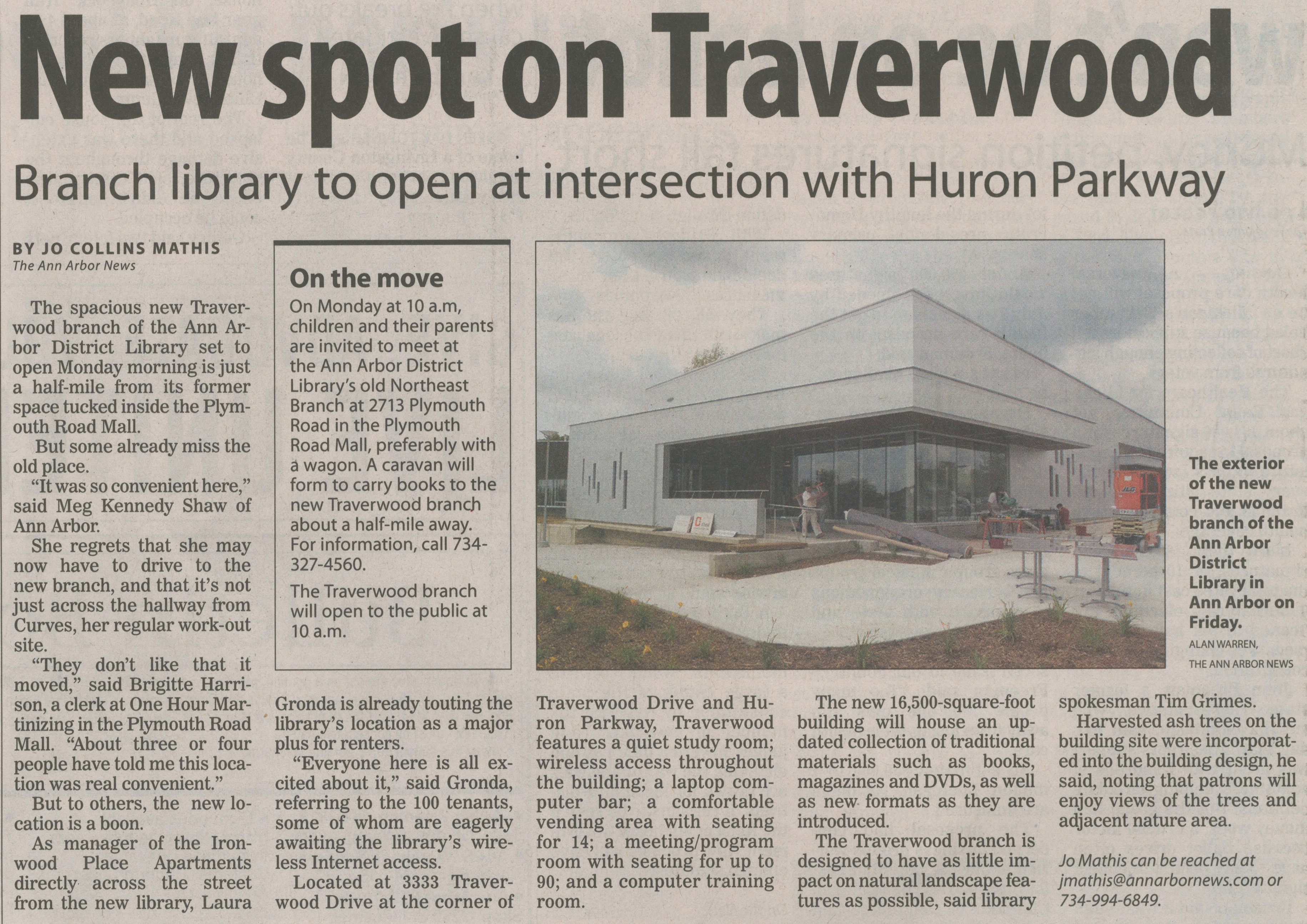 Branch library to open at intersection with Huron Parkway

The spacious new Traverwood branch of the Ann Arbor District Library set to open Monday morning is just a half-mile from its former space tucked inside the Plymouth Road Mall.

But some already miss the old place.

“It was so convenient here,” said Meg Kennedy Shaw of Ann Arbor.

She regrets that she may now have to drive to the new branch, and that it’s not just across the hallway from Curves, her regular work-out site.

“They don’t like that it moved,” said Brigitte Harrison, a clerk at One Hour Martinizing in the Plymouth Road Mall. “About three or four people have told me this location was real convenient.”

But to others, the new location is a boon.

As manager of the Ironwood Place Apartments directly across the street from the new library, Laura Gronda is already touting the library’s location as a major plus for renters.

“Everyone here is all excited about it,” said Gronda, referring to the 100 tenants, some of whom are eagerly awaiting the library’s wireless Internet access.

The new 16,500-square-foot building will house an updated collection of traditional materials such as books, magazines and DVDs, as well as new formats as they are introduced.

The Traverwood branch is designed to have as little impact on natural landscape features as possible, said library spokesman Tim Grimes.

Harvested ash trees on the building site were incorporated into the building design, he said, noting that patrons will enjoy views of the trees and adjacent nature area.

The exterior of the new Traverwood branch of the Ann Arbor District Library in Ann Arbor on Friday.

On Monday at l0 a.m, children and their parents are invited to meet at the Ann Arbor District Library's old Northeast Branch at 2713 Plymouth Road in the Plymouth Road Mall, preferably with a wagon. A caravan will form to carry books to the new Traverwood branch about a half-mile away. For information, call 734-327-4560.

The Traverwood branch will open to the public at 10 a.m.