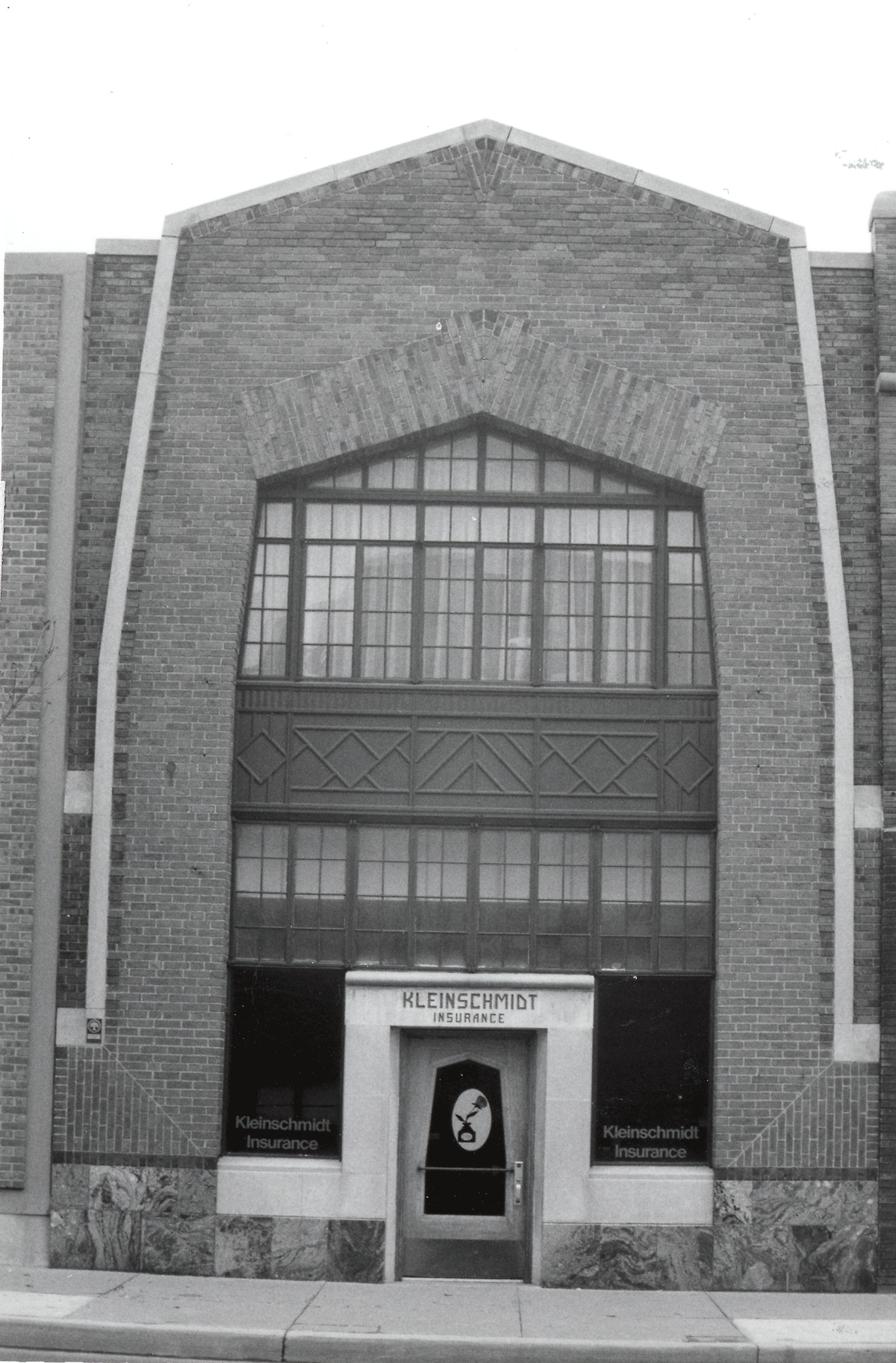 The distinctive Art Deco facade was added to this brick building in the early 1930s when the Ann Arbor Tribune occupied this building, on the old site of what had been Fred and Mary Heusel's City Bakery since the 1890s. The Tribune was the outgrowth of a series of German language newspapers, most directly Die Neue Post, published by Eugene J. Helber. Helber was outspokenly pro-German during the initial years of World War I, before the United States joined the conflict. After some difficulties with the federal authorities, he deemed it wise to change the paper to the English language and to design a new masthead. In the late 1930s the paper became the weekly Washtenaw Post-Tribune and moved its offices a few doors away. In 1937 the Tribune lost its young reporter-editor, Arthur Gallagher, to the Ann Arbor Daily News (now the Ann Arbor News), where he remained until he retired as Editor-in-Chief in 1976.

Although changes were made to the interior when it was converted to offices, the old molded metal walls and ceilings of the 1890s remain in place under new paneling and tile.