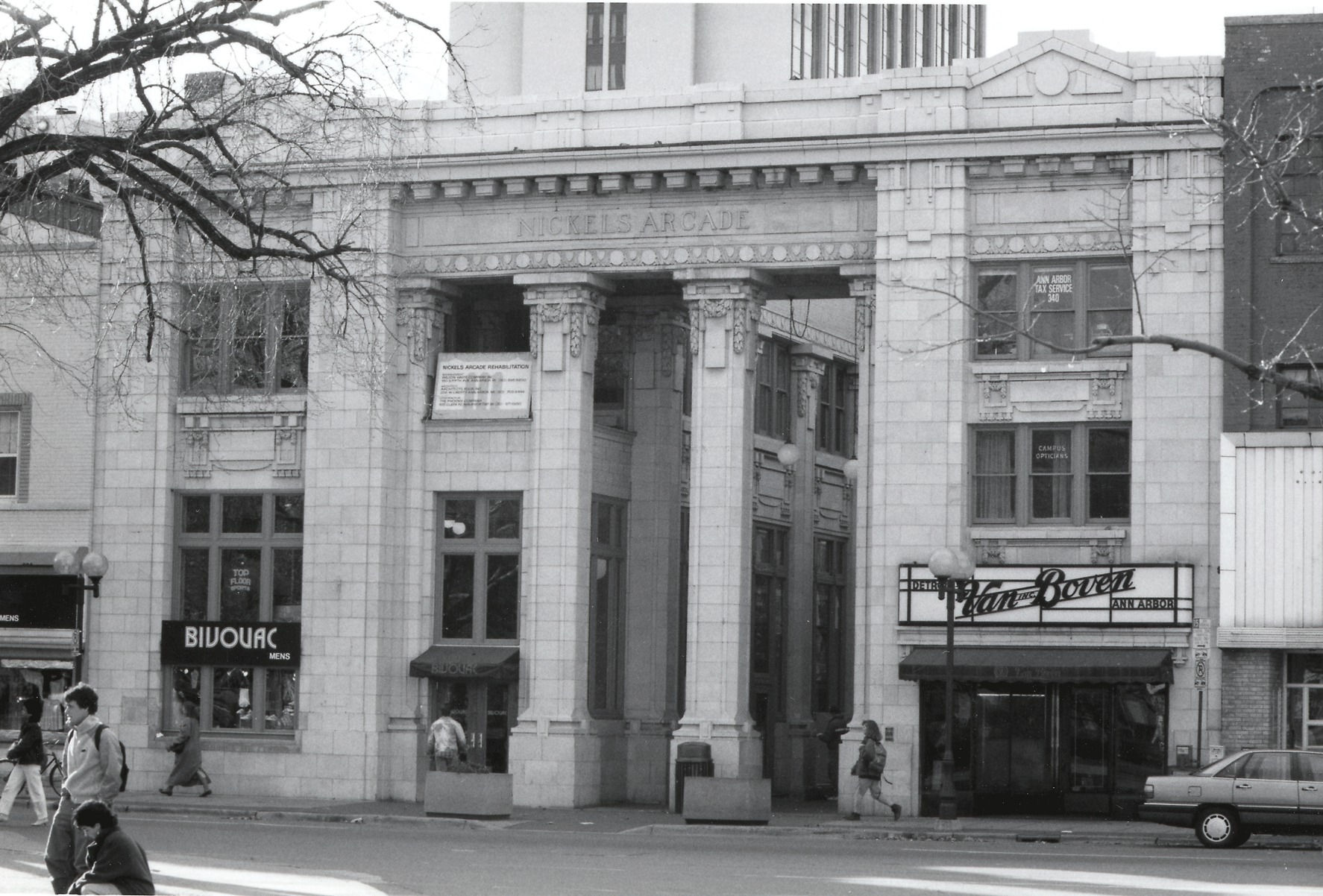 This small but charming example of the glass-roofed shopping arcade popular in Europe, but rare in the United States, was designed by Ann Arbor architect Hermann Pipp. Other existing Pipp designs include the Barton Hills Country Club and the Marchese Building.

The Arcade's State Street facade, faced with terra cotta, is essentially Beaux Arts Classic in design and proportion with details anticipating the Art Deco designs of a few years later. The Maynard Street facade is similar in design but it is of yellow brick with terra cotta trim. A glass sky-light illuminates the passageway of the steel and brick structure. Of the eighteen shops which open into the 265 foot tiled arcade, three - Van Boven's, the Caravan, and the post office - have been there from its earliest days. Shops and offices occupy the second and third floors.

The land extending from State Street to Maynard was owned by John H. Nickels, proprietor of a meat market on State Street. When his son, Tom E. Nickels, inherited the market, he razed the building and bought out other portions of the property left to his brothers and sister. A man with strong feelings about Ann Arbor's need to grow, Nickels began the Arcade in 1915. He moved to a residence at 513 East William to be near the construction, which took three years to complete.

The Farmers and Mechanics Bank, which originally occupied the south corner on State Street, owned its portion of the Arcade. Only after its successor institution, the Ann Arbor Bank, moved its branch to Liberty Street in 1960 did the Nickels family finally complete its ownership of the entire structure.

Today, some seventy years after its construction, the Arcade remains essentially unchanged. In 1987, when the building was listed in the National Register of Historic Places, a thorough refurbishing was done. The terra cotta interior and exterior were repointed, the mosiac tiles reset in the floor, and new lamps were hung. It is today, as when it was built, one of Ann Arbor's unique and most attractive structures.