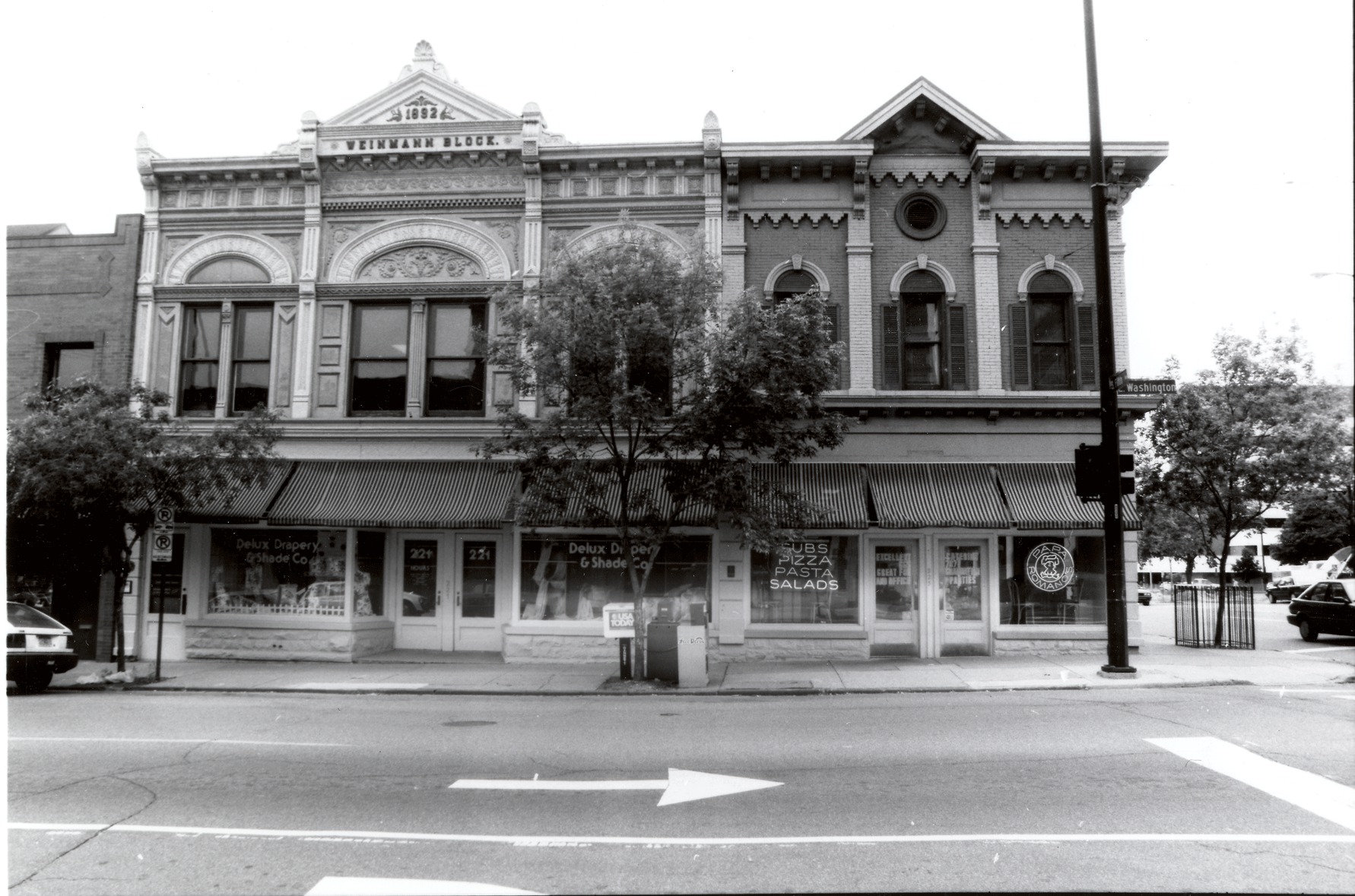 Just after the Civil War Michael Weinmann and John Gall were able to build the elaborate brick building at 221 East Washington to house their lucrative meat market and their families. Only two stories high, it nevertheless made a strong architectural statement with its fancy bracketed cornice, oculus window under the pediment, and shuttered windows. Originally numbered as 31 East Washington, this building continued to serve as the Weinmann Meat Market until 1892, when the owners were prosperous enough to build an even fancier building just to the west (219 East Washington). Decorative pressed sheet metal storefronts were an innovation of the late nineteenth century - an inexpensive and practical way to simulate cast iron or stone pillars and carved decoration. Only a few survive in the entire state of Michigan. When building their new addition, the owners were careful to carry the cornice line over from their older building.

The Weinmann Meat Market occupied the new building after 1892 and the older building was leased to other businesses. The butcher shop, known in its later years as the Weinmann-Geisendorfer Meat Market, survived until 1937. Known for the best frankfurters in town, it was a popular stop for high school students on their way to school.

In 1937 another venerable Ann Arbor institution took over the space. This was the Jno C. Fischer Company, a hardware store whose antecedents could also be traced back to the 1860s. "Fischer Hardware" remained until 1982, when the buildings were purchased by real estate developer Peter T. Allen. Allen immediately began to restore the buildings to their 1890s appearance. The cornice was rebuilt, windows were unblocked, shutters replaced and the store-fronts redone to emphasize the differences between the two structures (changes made in the 1960s had attempted to obliterate this distinction).